Hira Mani rose to the pinnacle of fame over the past few years. Hira made her acting debut with the drama serial Firaaq. Some of the other dramas in which Hira Mani was starred include Jab We Wed, Preet Na Kariyo, Sun Yara, blockbuster drama serial Yaqeen Ka Safar, Dil Mom Ka Diya, Aangan, Bandish, record-breaking drama serial Do Bol, Meray Pass Tum Ho, Ghalti, and the much-acclaimed drama serial Kashf. 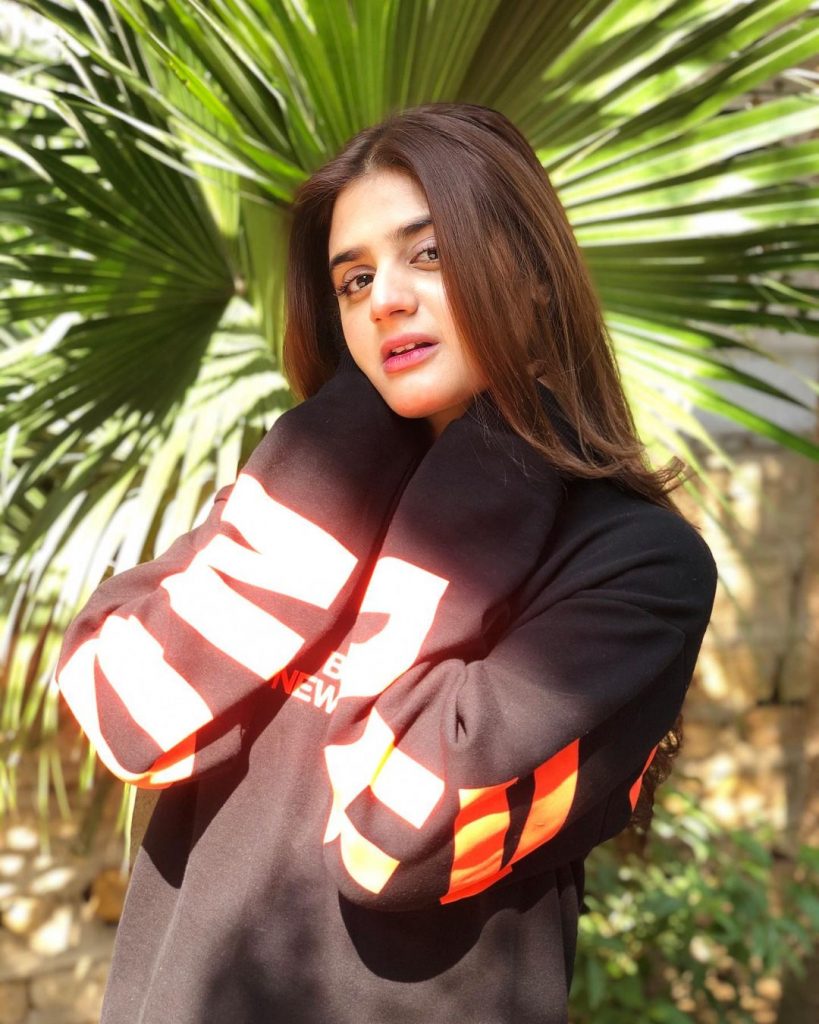 Hira Mani is not just an acclaimed actress but she is also blessed with a beautiful voice and for the first time Hira Mani has officially sung any song and it is amazing. Kashmir Cooking Oil has just started a singing show of the unique nature by the name of Kashmir Beats. The basic purpose of this show is the embrace the singing skills of our talented actors. In today’s episode, Hira Mani was starred and sung the song SAWAARI and we must say that everything about this song was just perfect. From Hira’s vocals to her expressions and coquetry everything was just on point. Let’s have a look at the song:

Like all of us public also went “Awwwww” after watching this light-hearted performance of Hira Mani. Let’s have a look at the public comments: 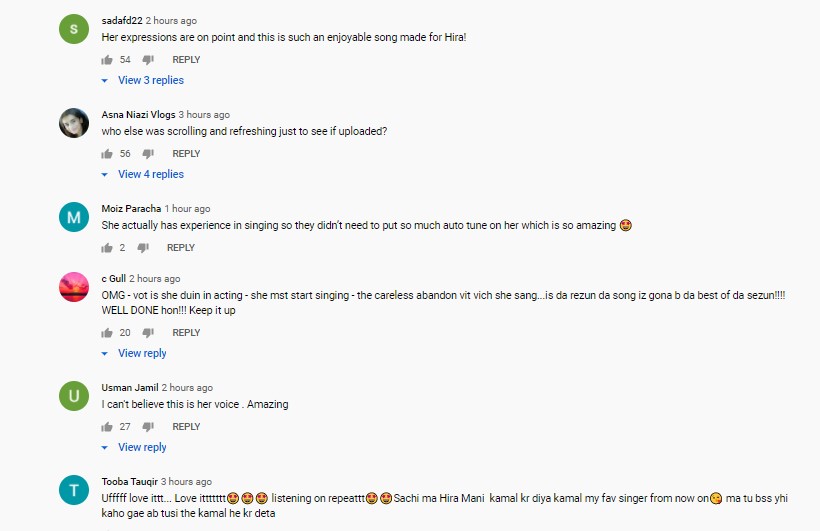 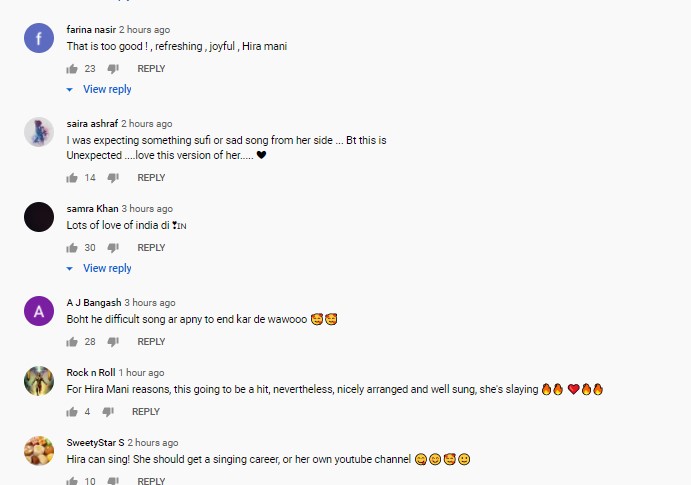 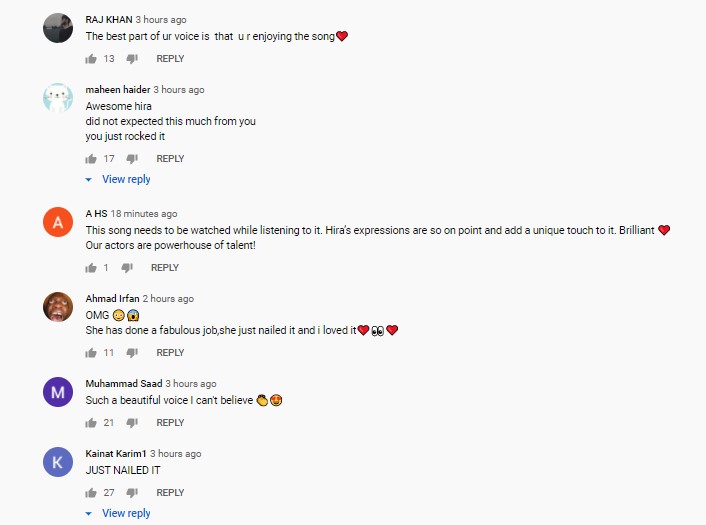 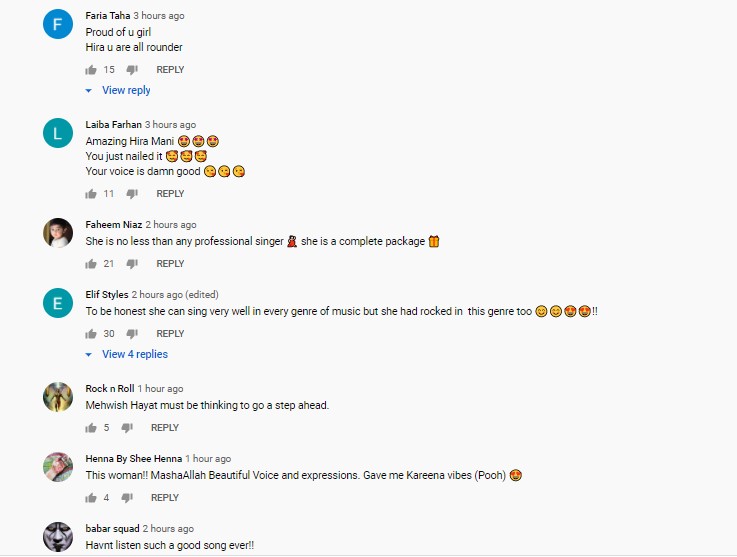 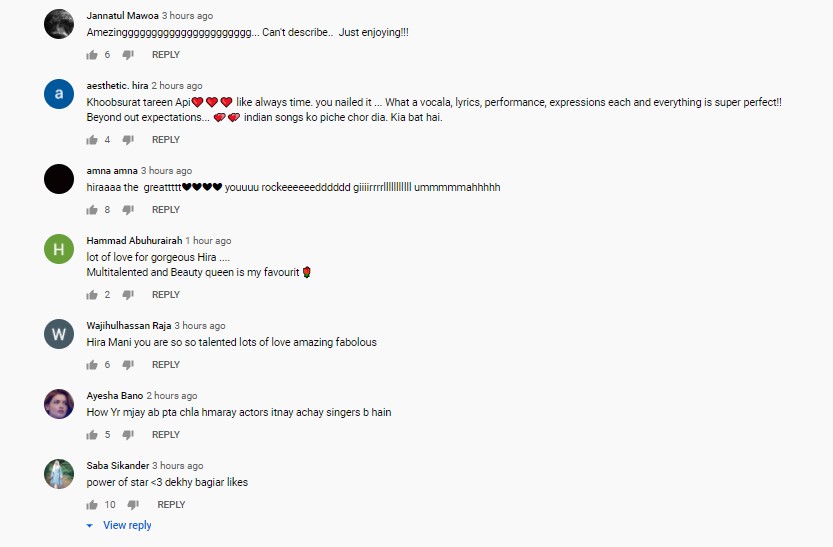