Actor Imran Ashraf Awan has recently shared a video in response to Shaniera Akram’s post about him in which she called him out on driving with son while sitting on front seat, she tagged Imran Ashraf Awan too, replying to Shaniera, Imran Ashraf said, “I posted a video with my son in which we were having fun, it was a routine drive, I was driving through my street and we waved while entering the house, after posting the video I slept and when I wokeup I saw a lot of mentions and tags, I am making this video to tell our Bhabhi who is a foreigner too that I only posted a video and she made it part of her ongoing controversy, Bhabhi it’s a big sin to accuse someone, did I write anything as caption on the video?, It’s a big sin to accuse someone without knowledge, it was a random video with my son, we (our family) are going through tough times”. Here is his video: 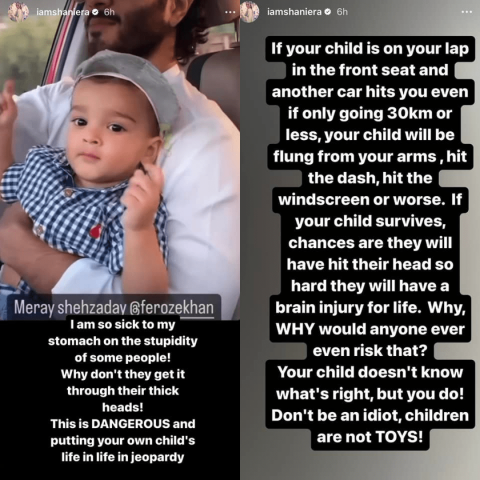 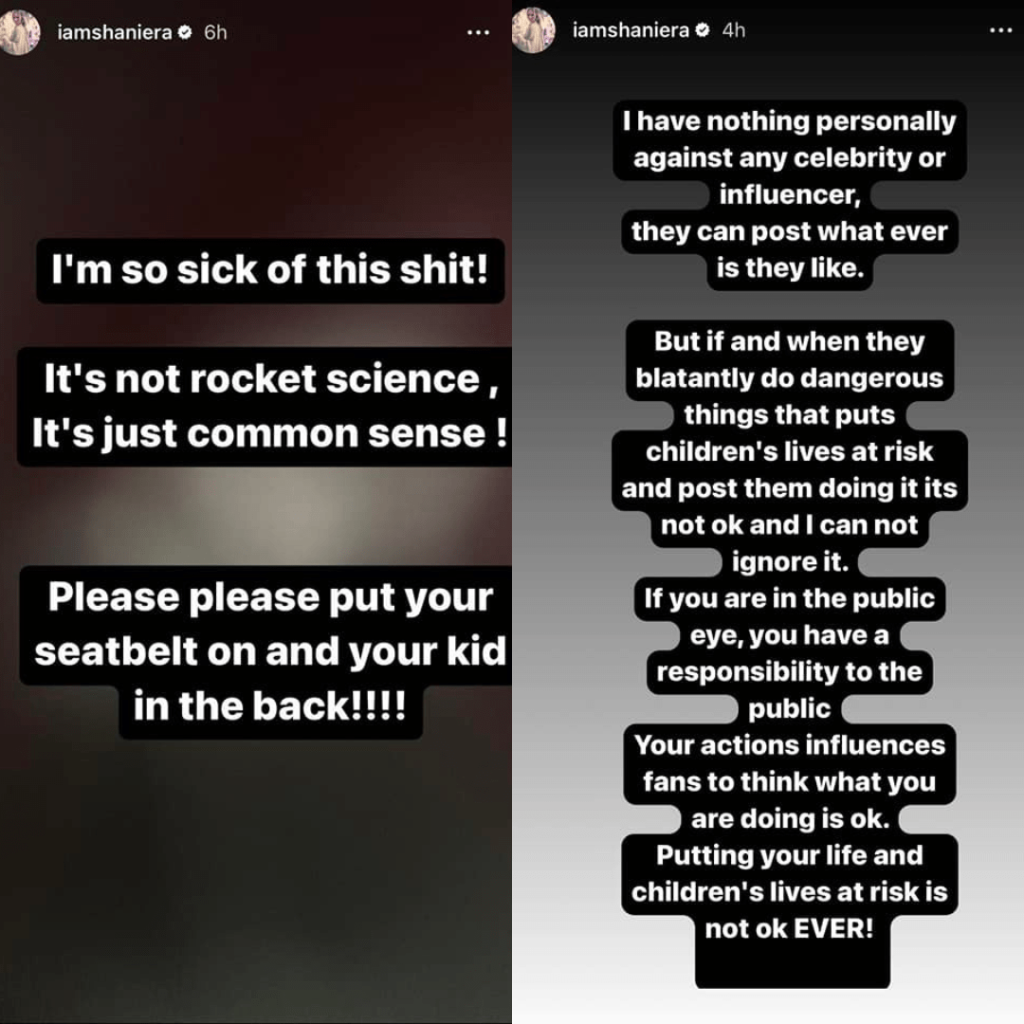 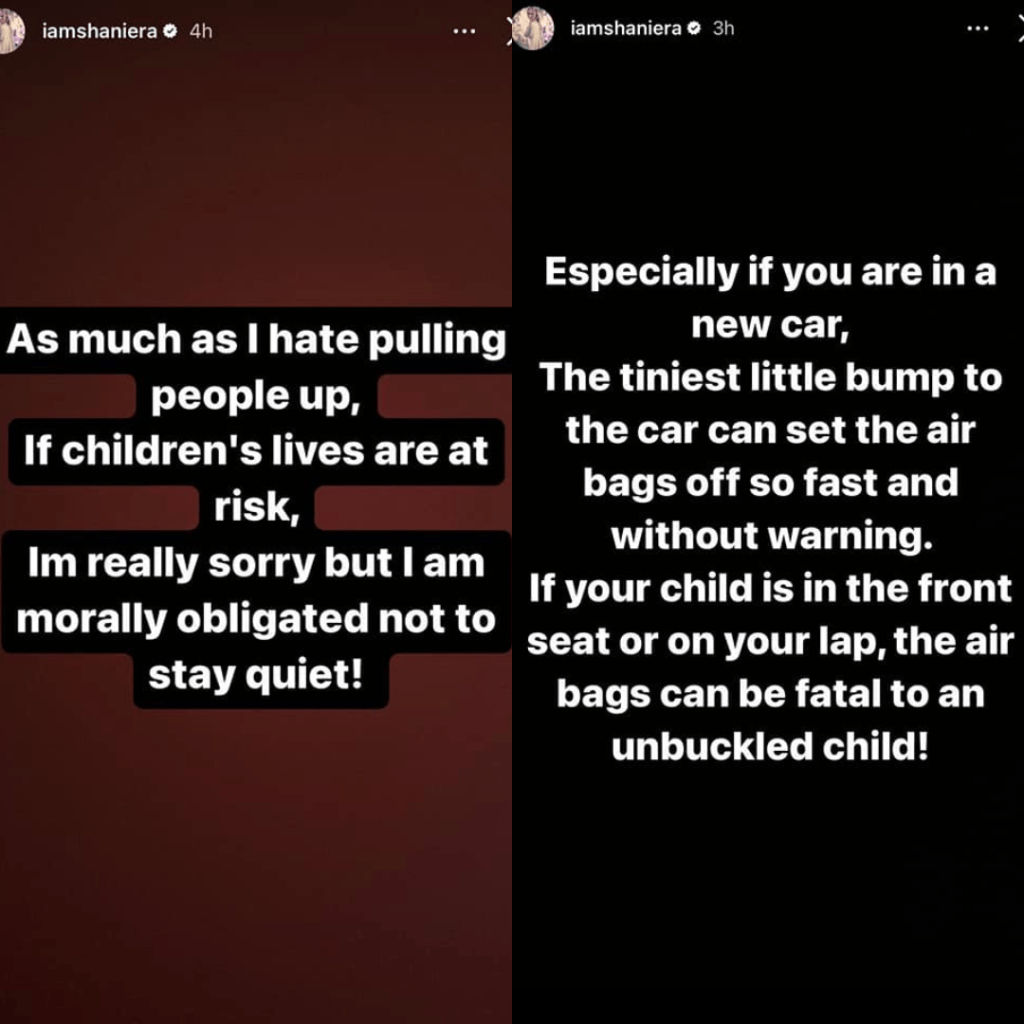 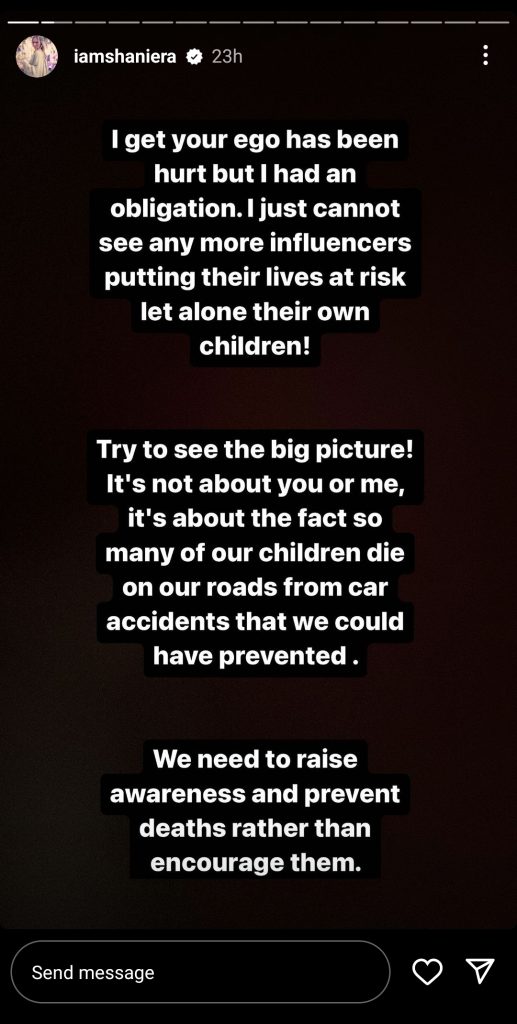 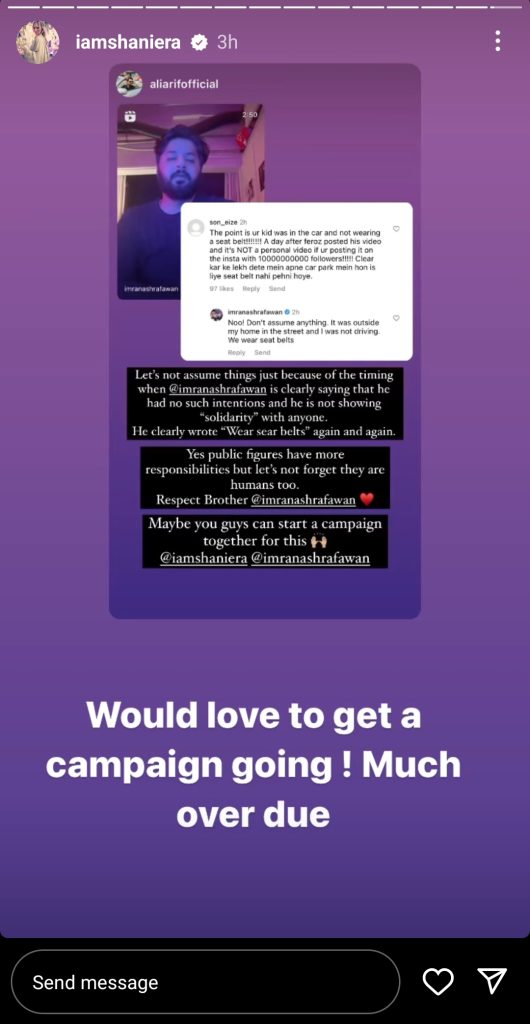 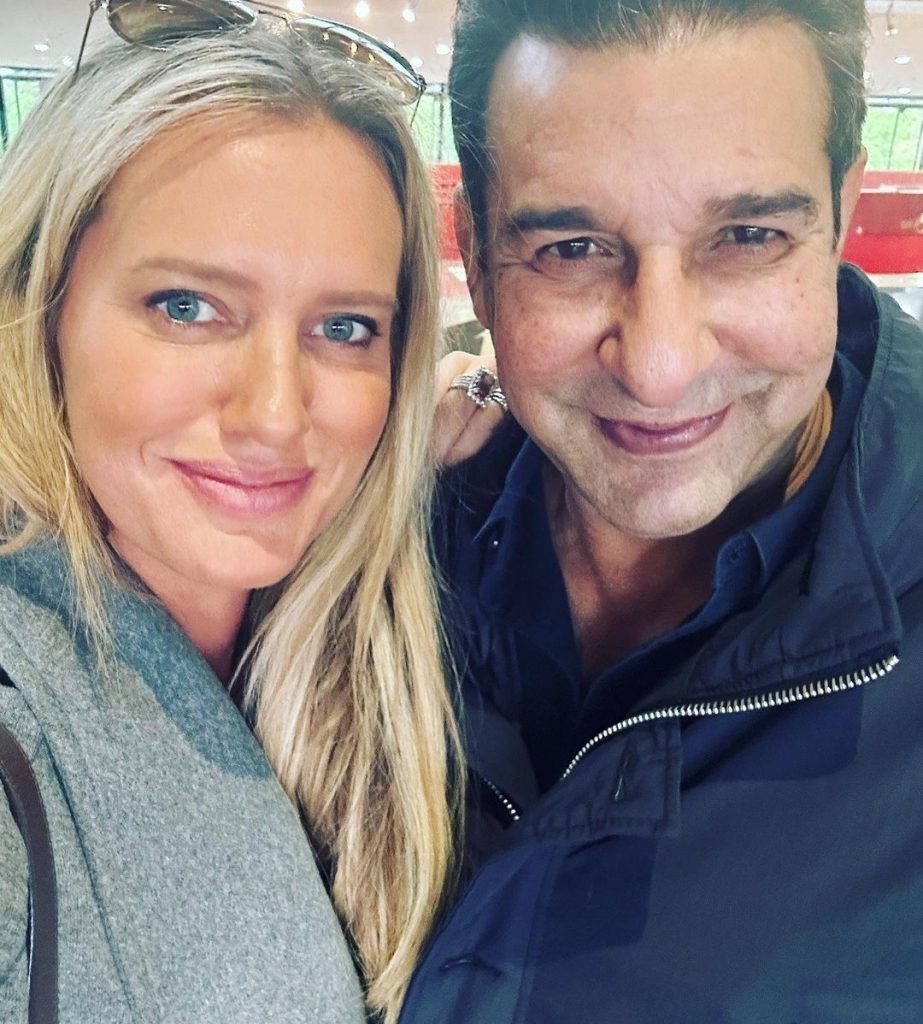 Well, Imran Ashraf’s friends from industry supported him but his fans and well wishers told him that whatever Shaniera Akram has said is in favor of their kids and these things are considered quite dangerous abroad. People said that in Pakistan people take the advice as ego problem. Here are comments: 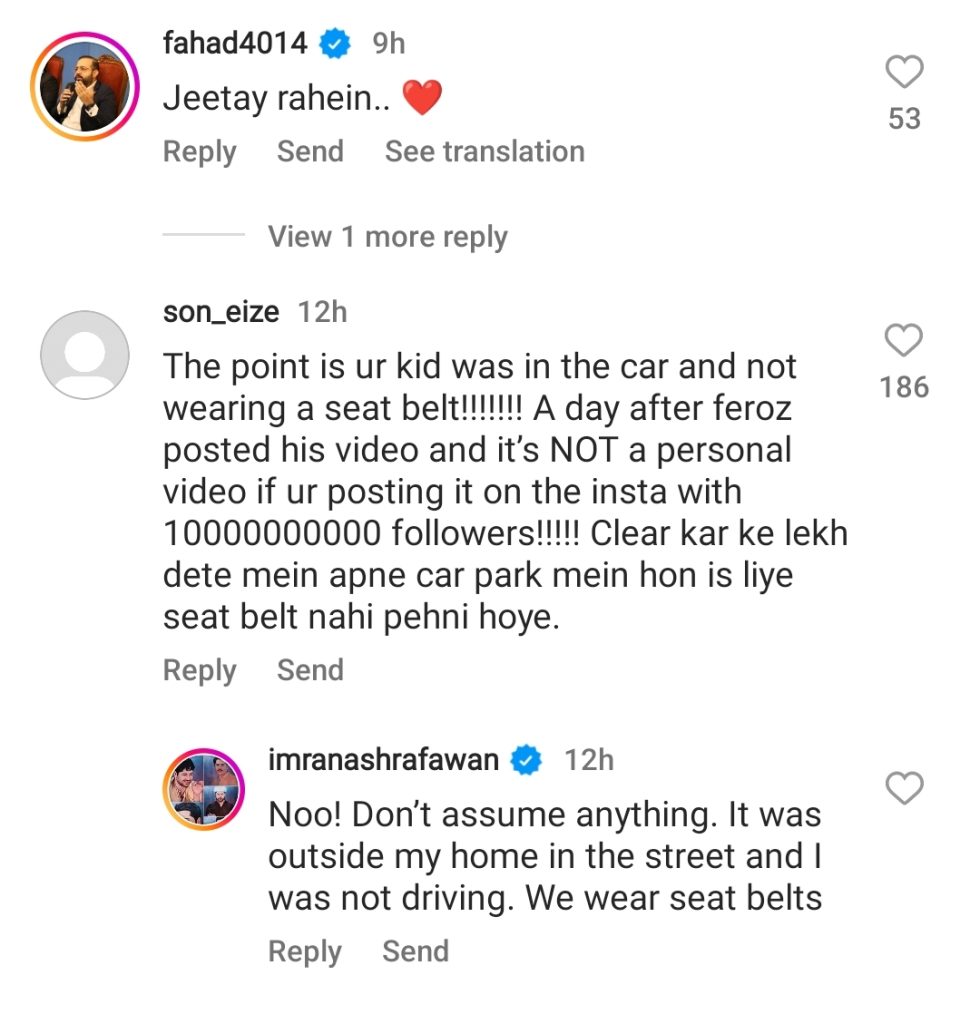 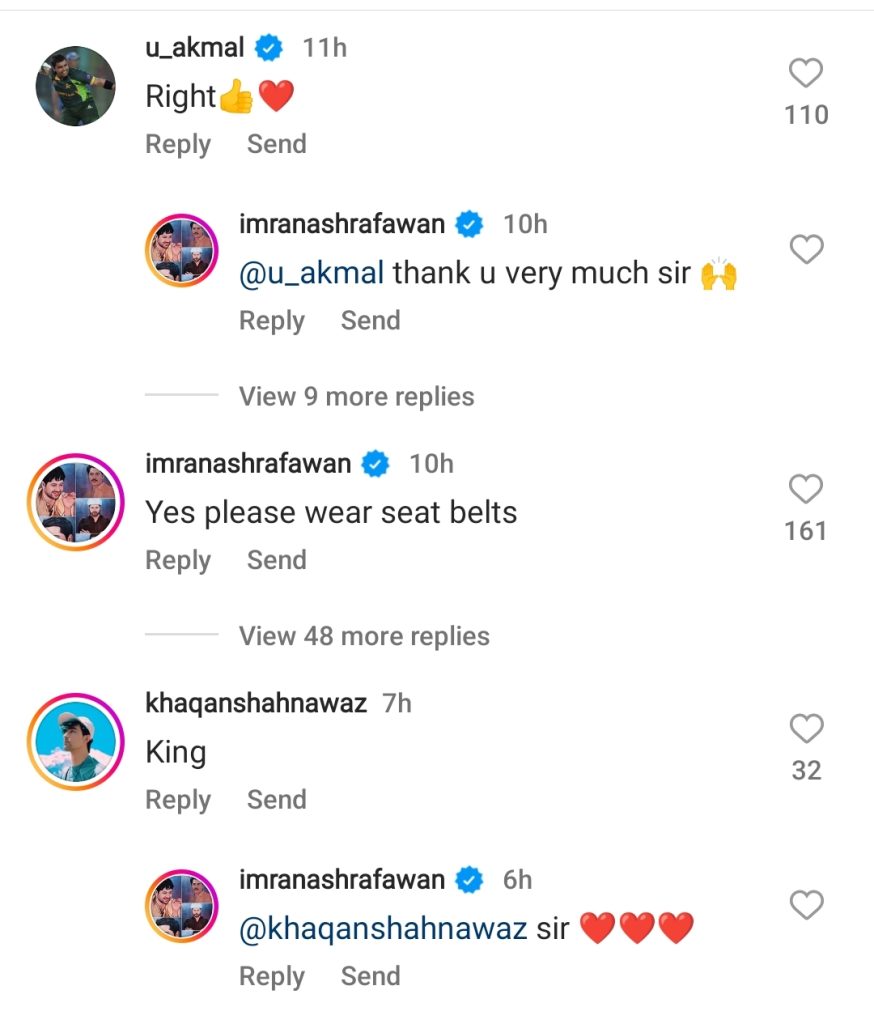 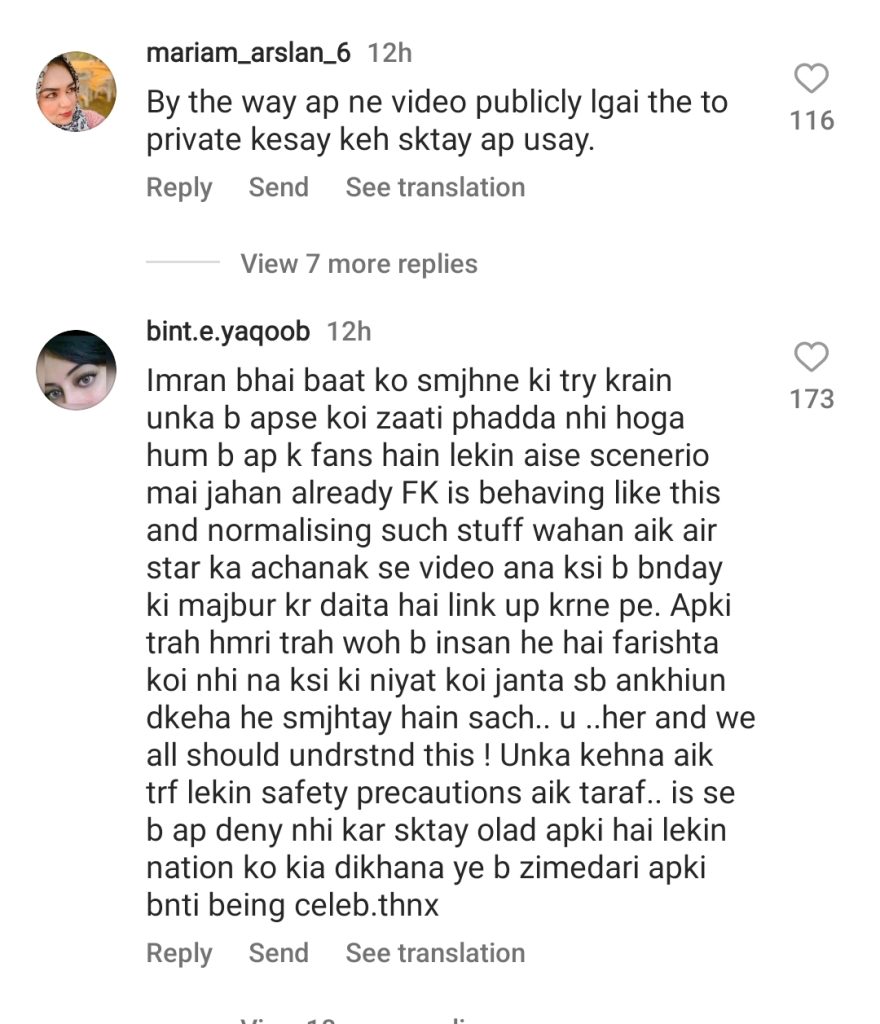 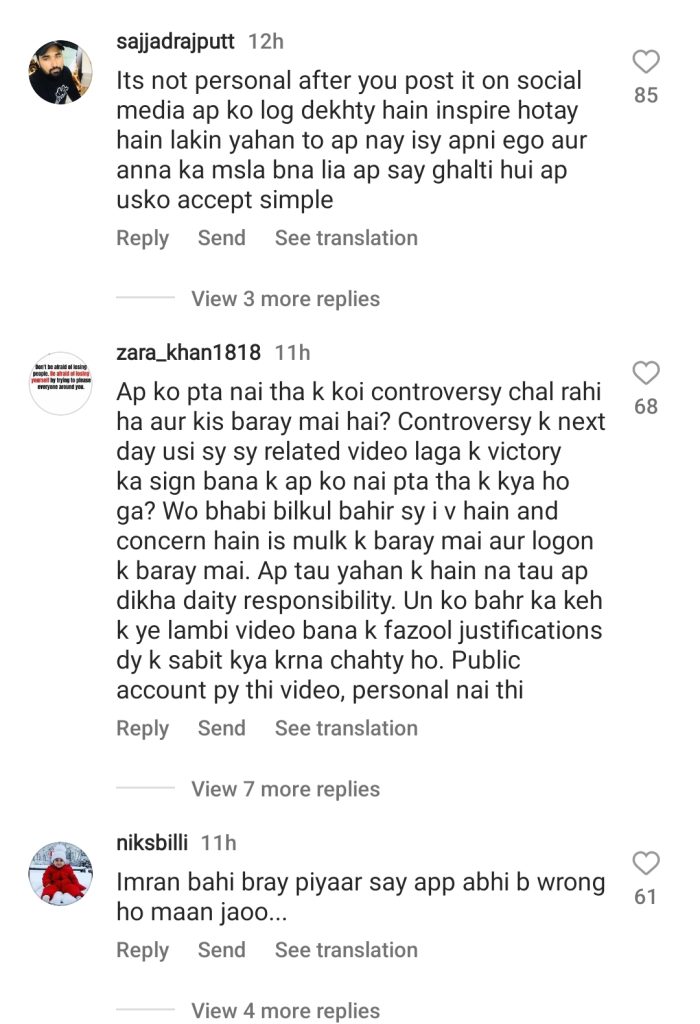 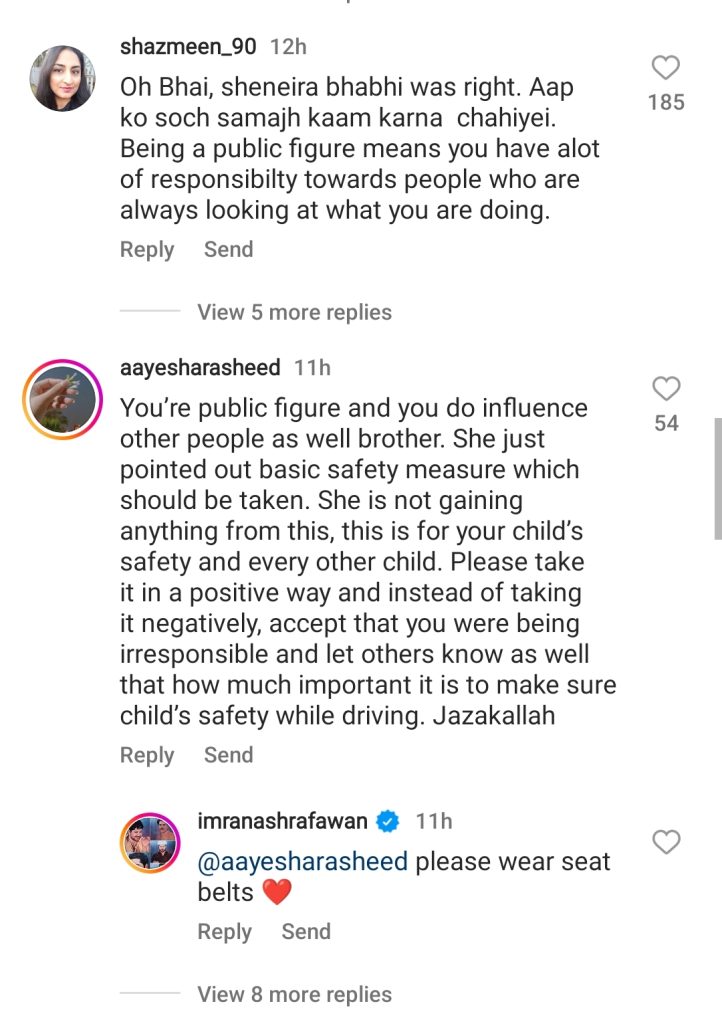 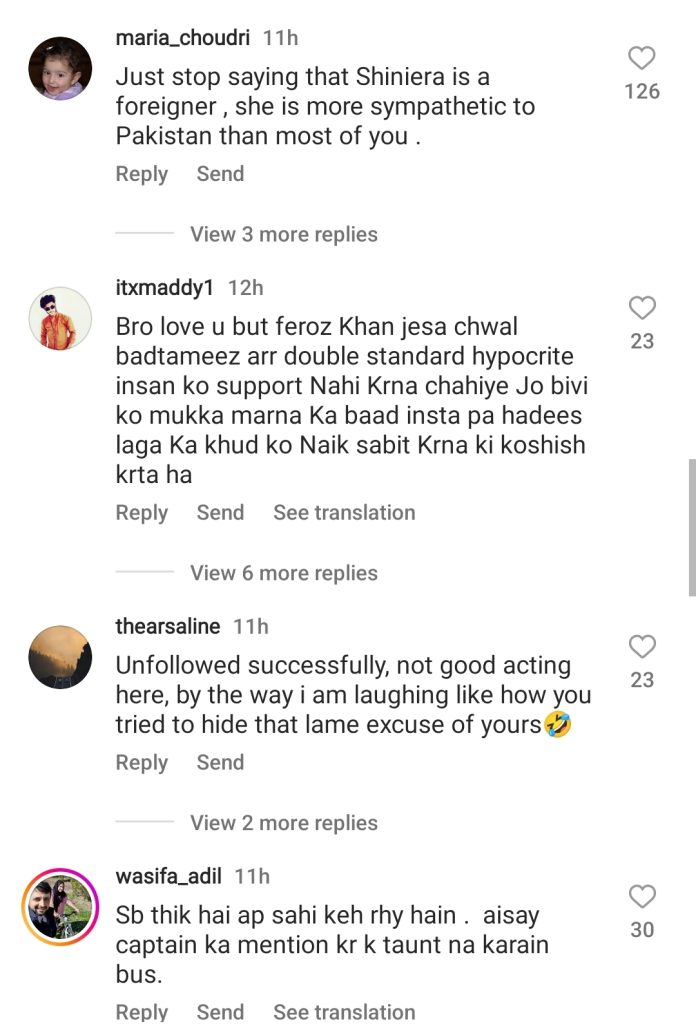 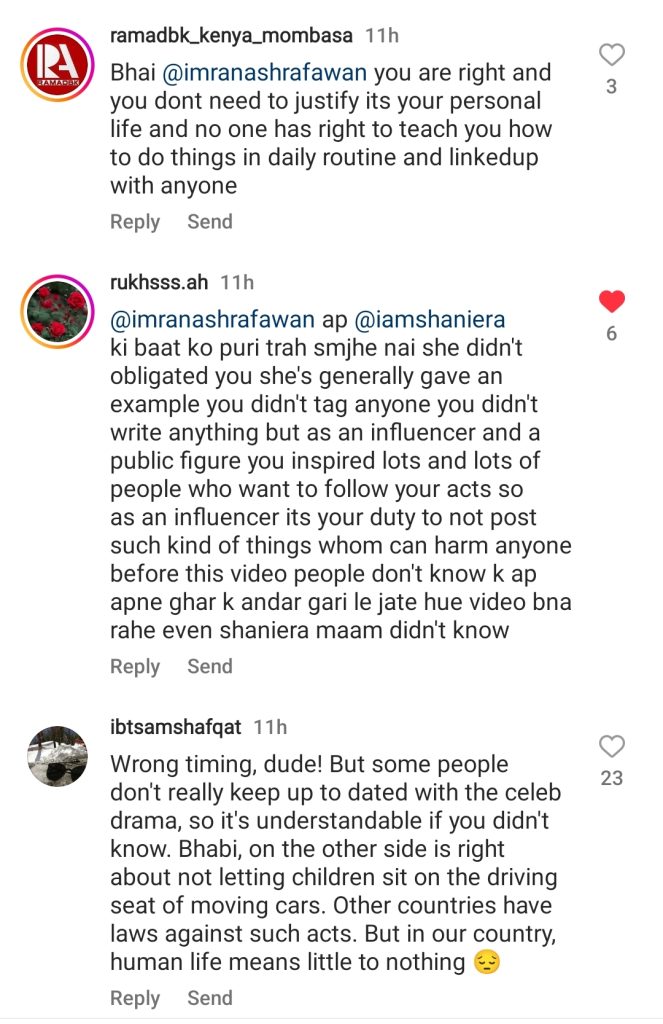 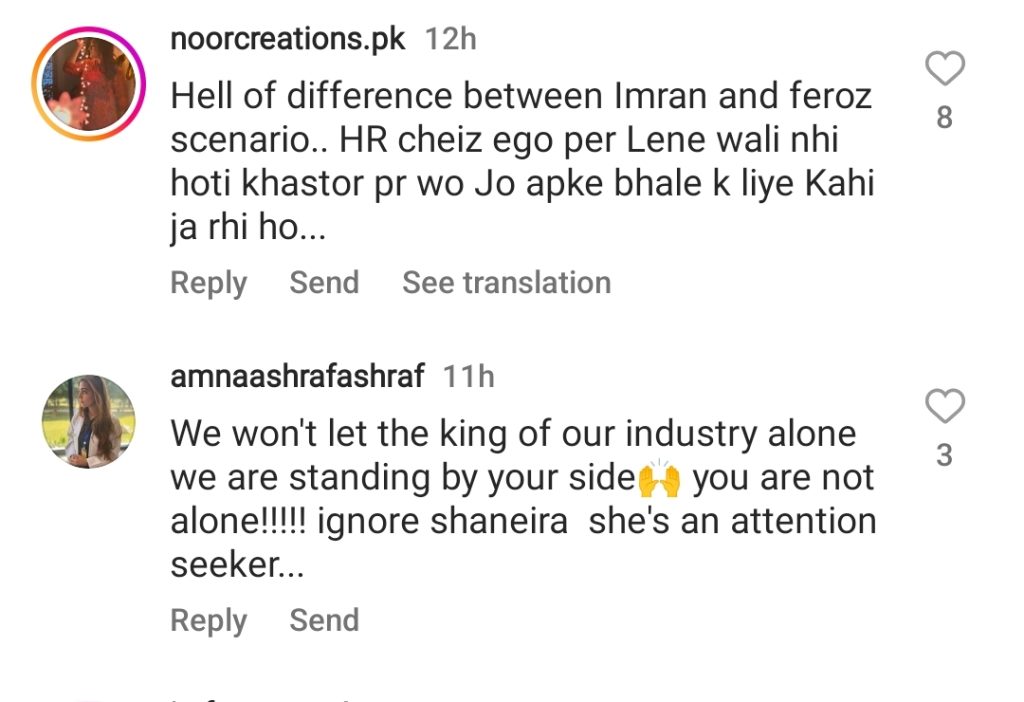