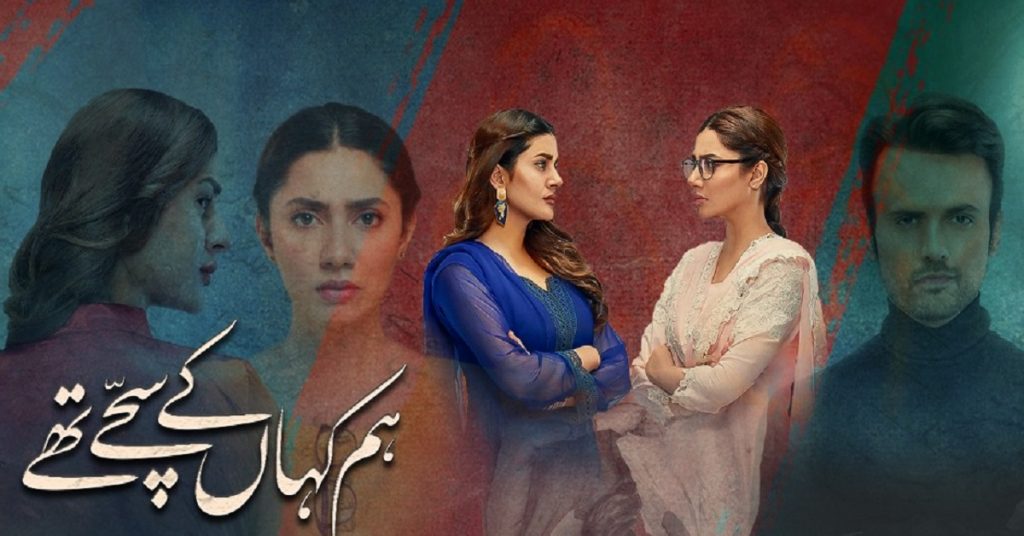 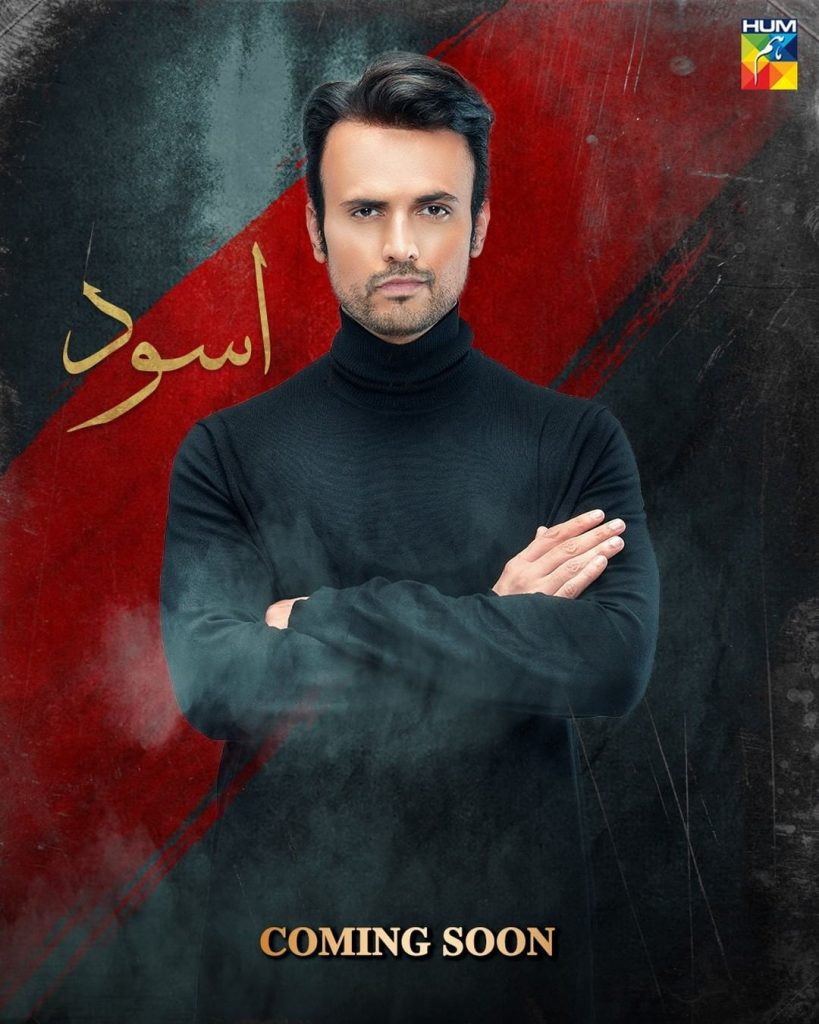 Aswad was seen involved in Mashal since the beginning of the drama but decided to marry Mehreen on his mother’s wish calling Mashal only his good friend. The character received fierce criticism from the netizens and social media was flooded with posts criticizing Aswad. Let’s have a look at the public criticism below.

Aswad needs mental treatment. He talked with Mashal for several years, told him that he is interested in her & wanna marry her. Now he is saying yes I said all this but I never flirted with you or said I love you. What is this bakwas? #humkahankesachaythay pic.twitter.com/jjdJDDzpa0

Why is this a$$hole so surprised by Mashal's parents accusations? He did lead Mashal on by video calling her daily and treating her like his girlfriend. He even bought a bloody ring for her!#humkahankesachaythay pic.twitter.com/wD1HRHnxIF

Spineless men like him will always blame their parents when they can't stand up for themselves#HumKahanKeSachayThay pic.twitter.com/7z4IfeK1Fl

Portraying actual Pakistani men like seriously first I remember the episode he was Flirting n discussing marriage plans with mashal then he is ready to marry mehreen but treating both of them like shit as if its some kind of ehsan. What u think? #humkahankesachaythay pic.twitter.com/SIbVgxdLeI 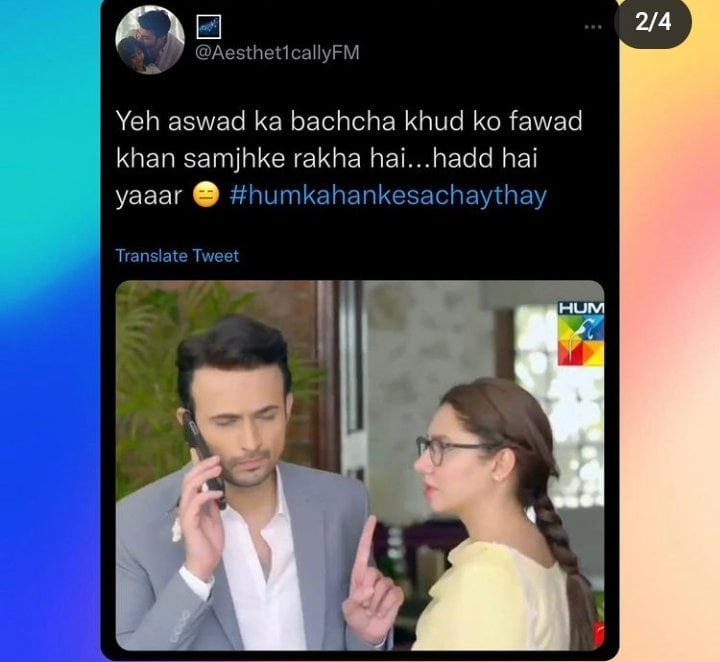 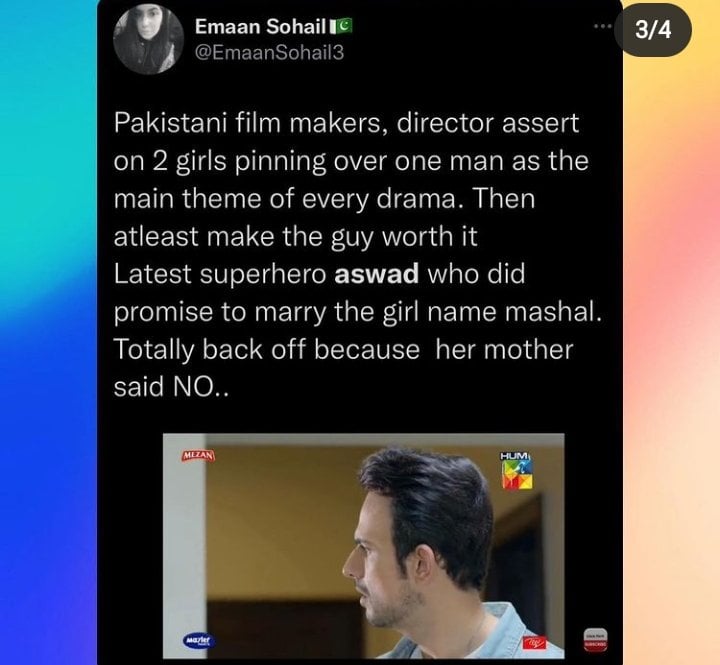 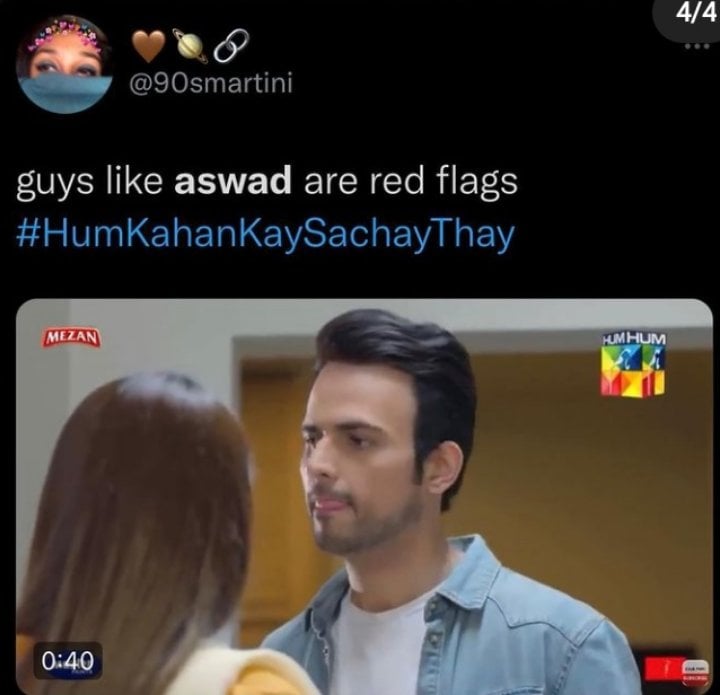 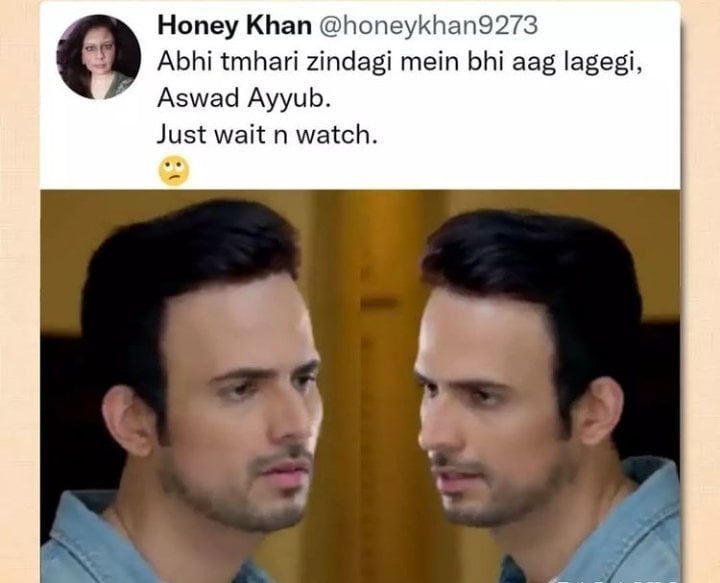 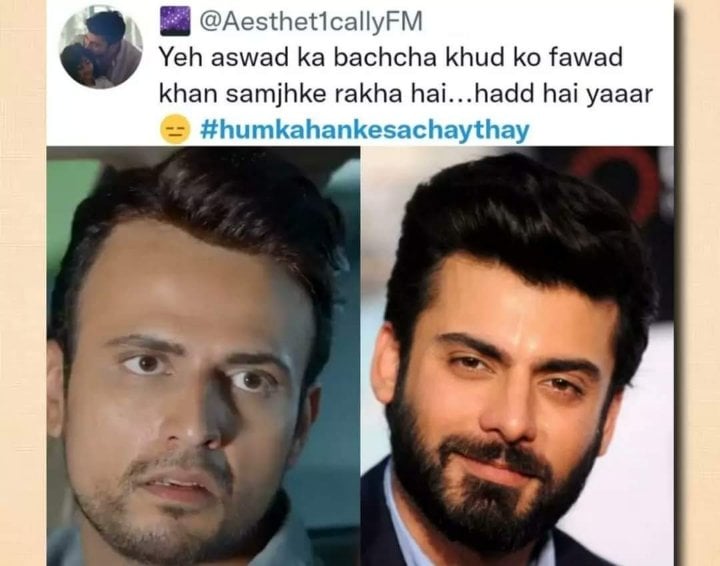 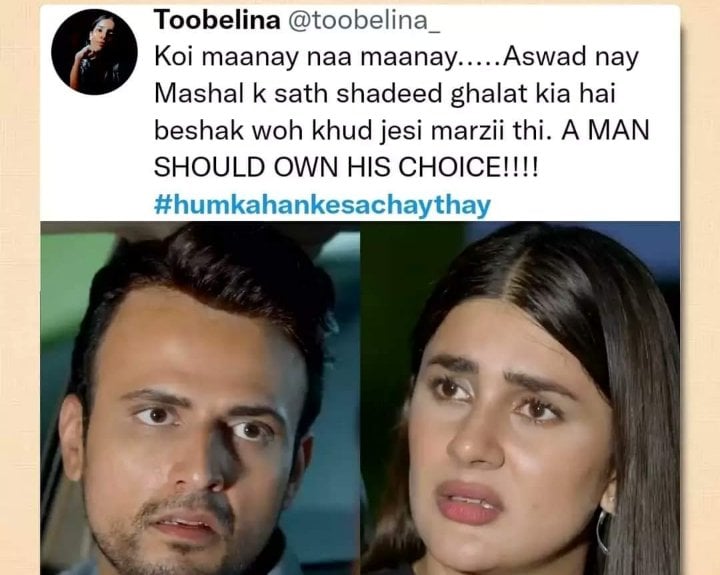 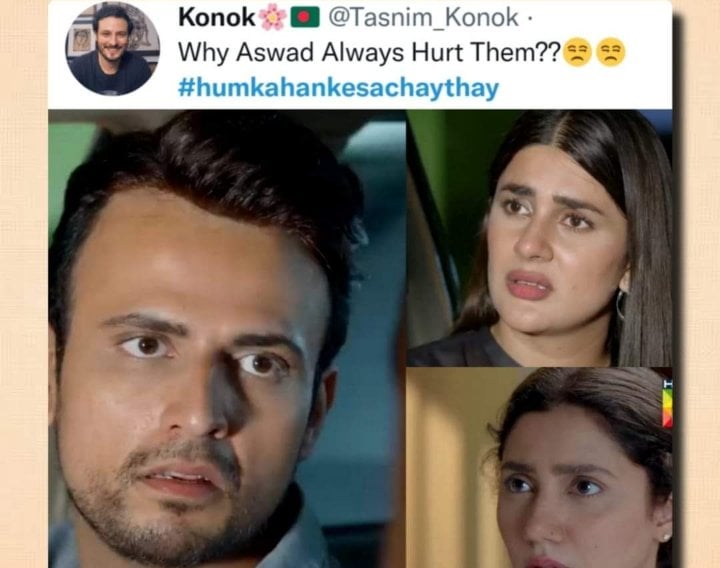 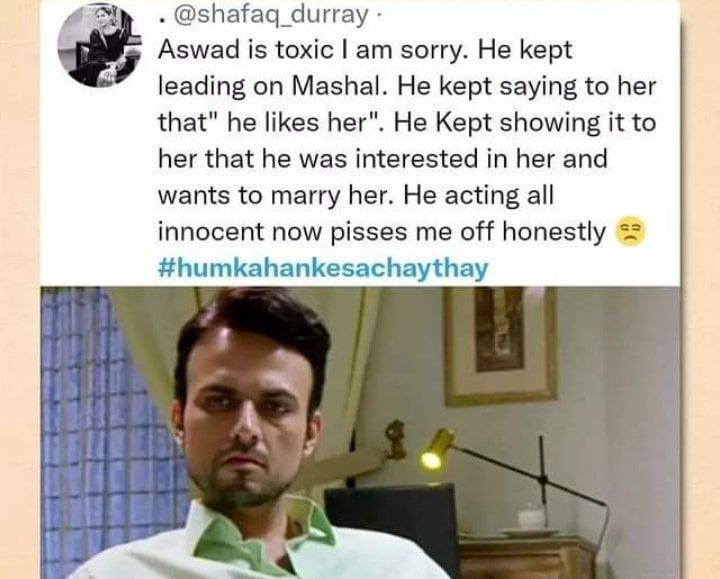