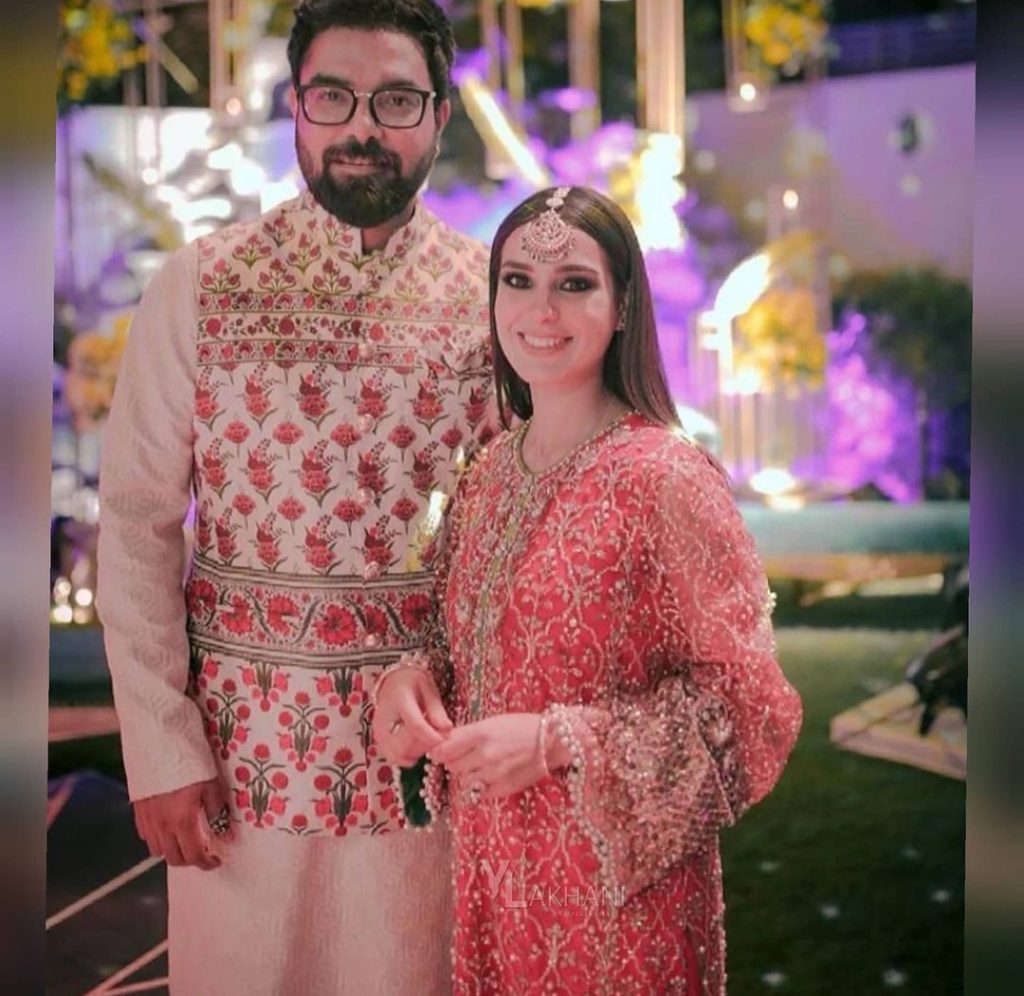 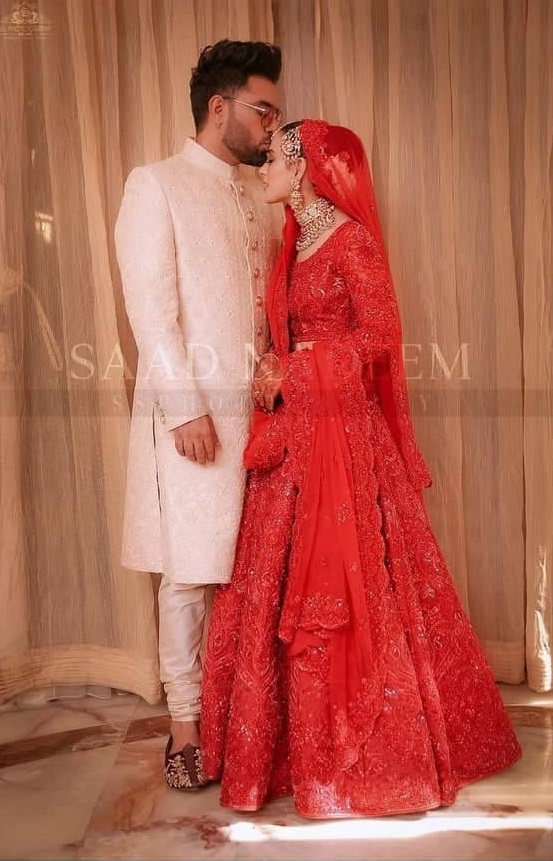 Yasir Hussain has recently appeared in a talk show on BBC Urdu where he answered all controversial questions related to him. In the same interview, Yasir Hussain was asked about people’s reactions at the time of their proposal. Yasir in response replied, ” who is hiding anything nowadays and why should we hide good things??? People should learn how to love and respect their wife”.

Iqra Aziz shared this particular clip on her İnstagram and said, “That was the reason she chose Yasir Hussain as her partner because he respects people and doesn’t differentiate between them and he gives due credit to the people around”.

Have a look at Iqra’s adorable note for her husband below. 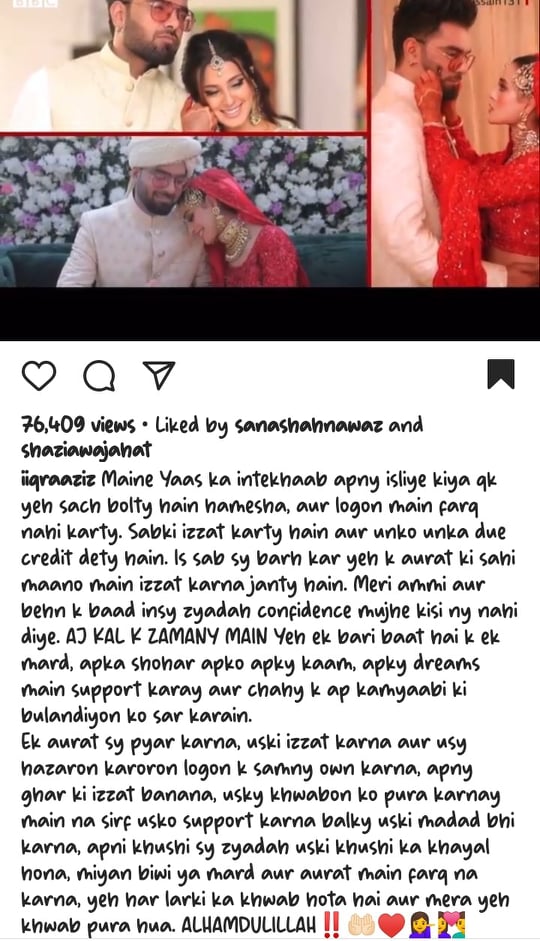