Earlier, actress Iqra Aziz was accused of a contract breach by her ex-talent agency Citrus talent. The CEO Fahad Hussain too to Facebook and wrote a long post about how he helped Iqra reach a point in her career she is at now. He also claimed that he used to make her payments earlier. Iqra has responded to the claim as she denied the allegations. According to her, she was getting very delayed payments which led her to choose another talent agency for herself. She has also sent a legal notice in response to the agency Citrus talents. Here is what she wrote on her Instagram denying all the allegations: 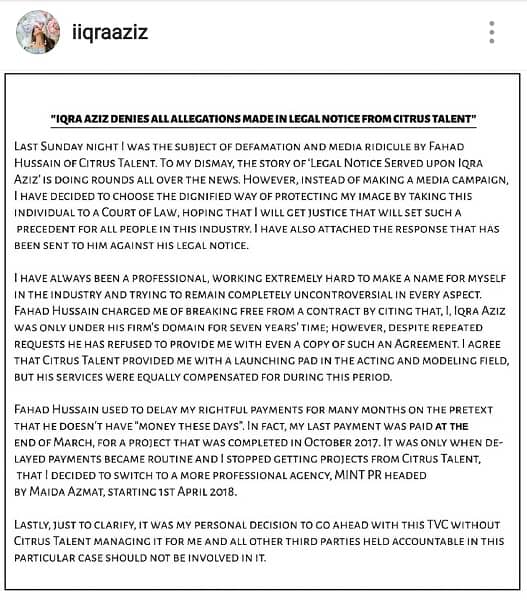 Let’s see whether Citrus holds up with their allegations or withdraw them after Iqra’s notice!