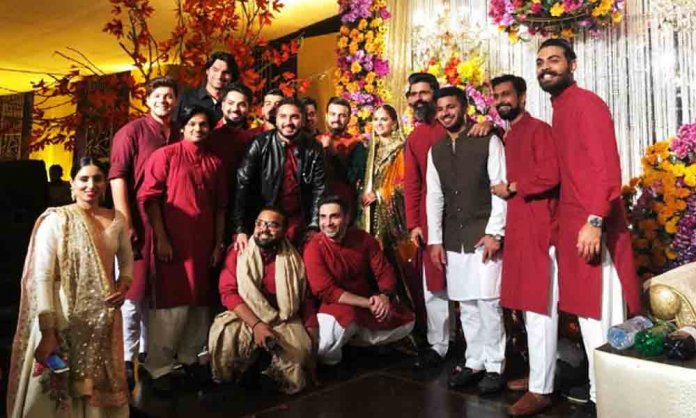 Islamabad United are an ace team in the PSL. They have won the game more than any other game and their kit is something we love to wear. But that’s not all that this team is good at. Their manager, since he is managing a cricket team must be a cricket aficionado, too his love for the game to another level. The General Manager of Islamabad United had a theme-based wedding and it was awesome. Starting new innings of his life, Rehan ul Haq, the team manager of 2 times PSL winner, had a big fat wedding last night that brought together the whole Islamabad United squad, with the exception of few, and the gentlemen were dressed up in red, the theme of their team kit!

Happiest night of my life. Married to the love of my life @misha.u.khawaja. #UnitedWeWin

This may not have been the most high profile wedding but it certainly was the coolest wedding.