Kanwar Arsalan is a prominent actor of Pakistan’s entertainment industry. He is also married to a phenomenal actress Fatima Affendi. The couple together owns “The Forest cafe” in Karachi. 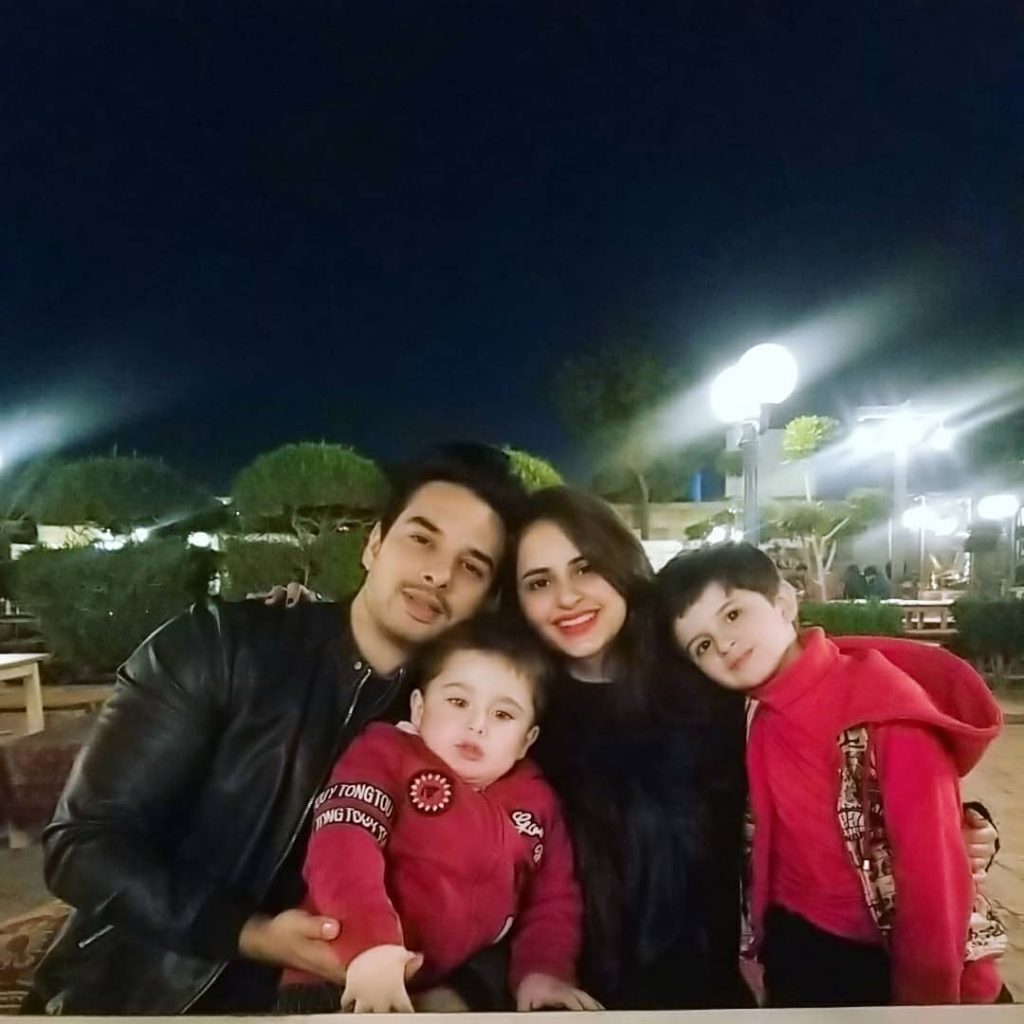 Kanwar has earlier today announced about his mother critical health and appealed the fans for prayer. 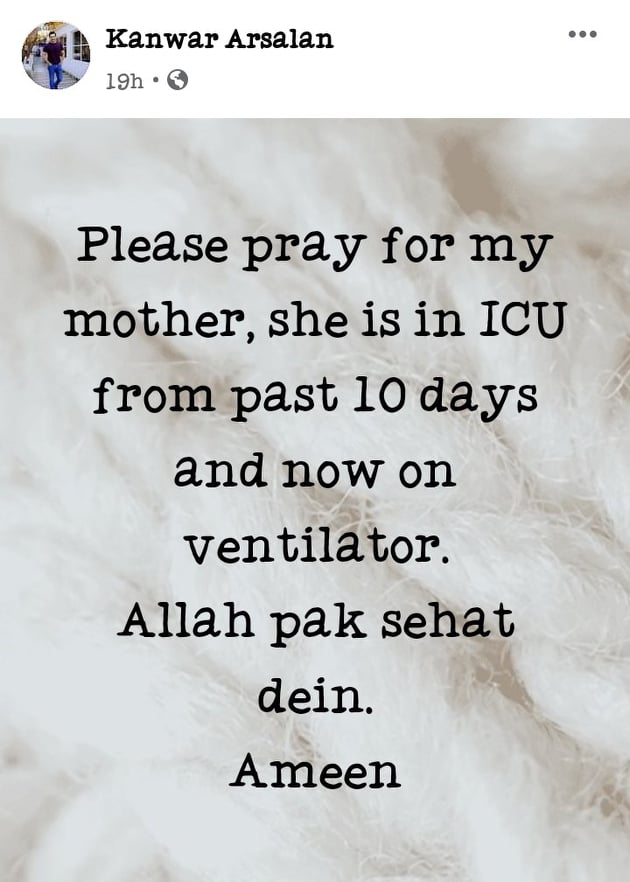 The couple has recently announced the demise of Kanwar Arsalan’s Mother on their social media handles. Funeral prayers of his mother have also been announced. The funeral details are mentioned in the pictures below. 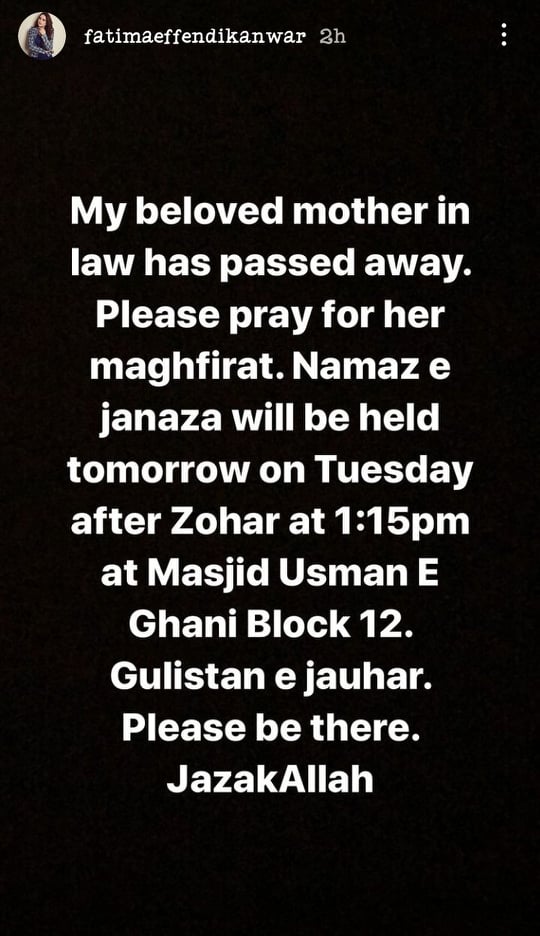 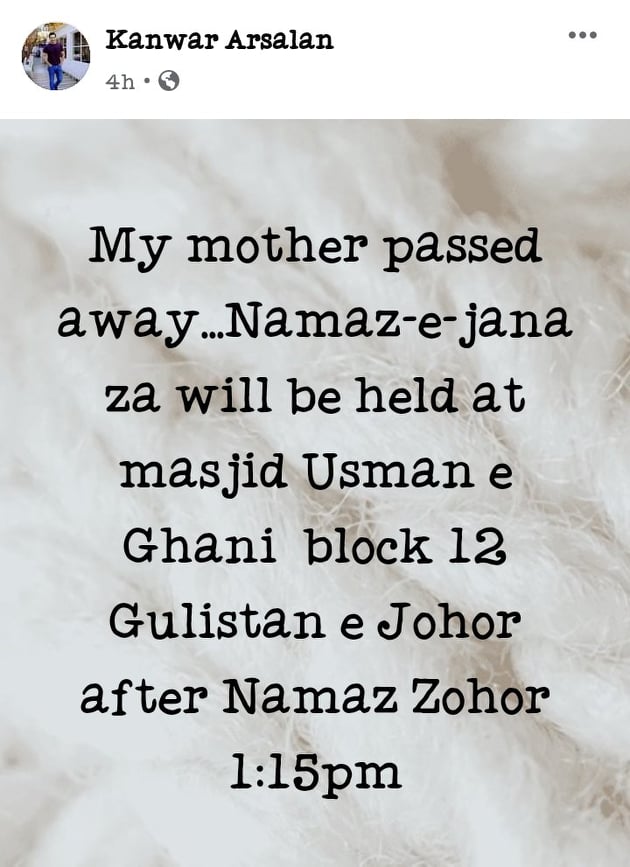