Kumail Nanjiani, the first Pakistani actor to enter the Marvel Cinematic Universe (MCU), recently set our hearts ablaze with his red carpet look for the Eternals premiere in Los Angeles on October 18. The actor stayed true to his roots with his fashion choices. Kumail Nanjiani channeled his inner Pakistani roots as he arrived at the Eternals premier rocking a sherwani from a Pakistani designer “Umar Sayeed”. The Oscar-nominated star, 43, stepped out in style, flaunting his desi heritage with a purple and gold sherwani at the red carpet of his new Marvel film, Eternals. 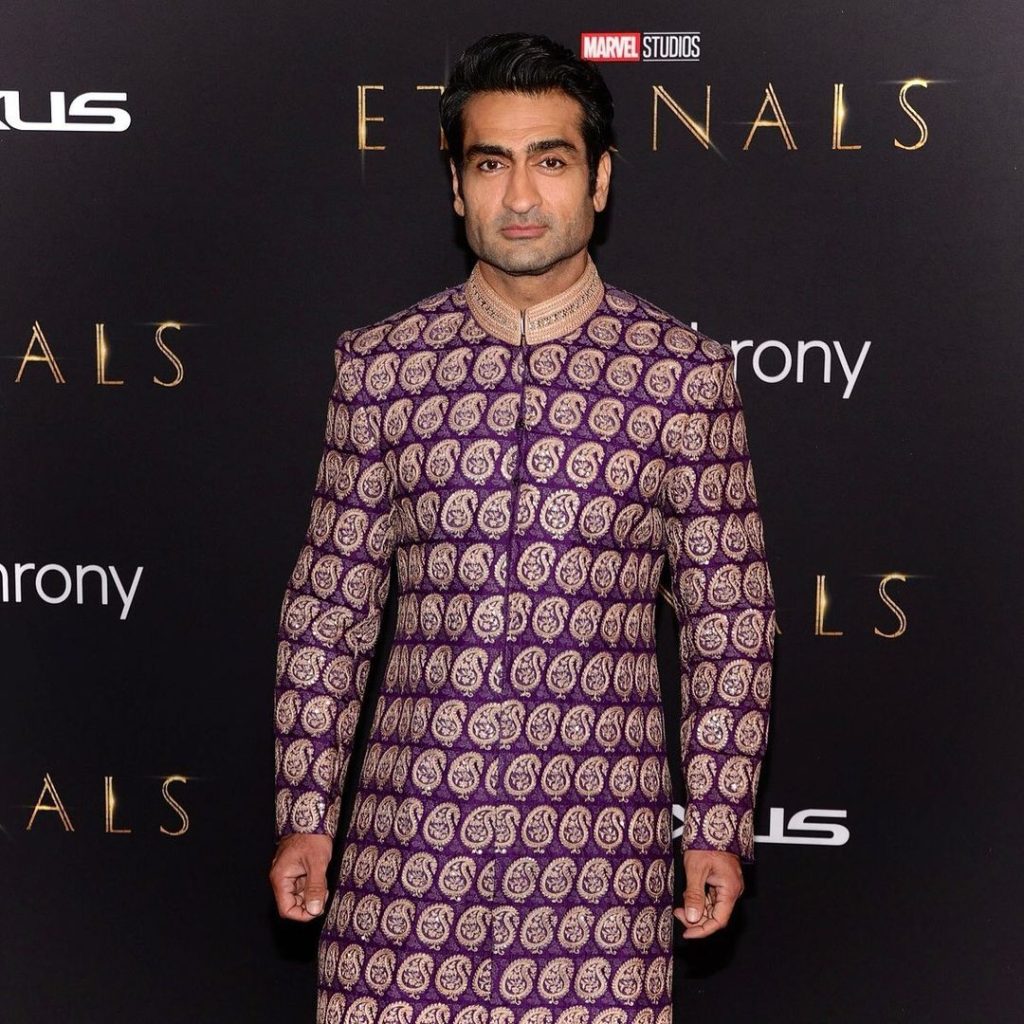 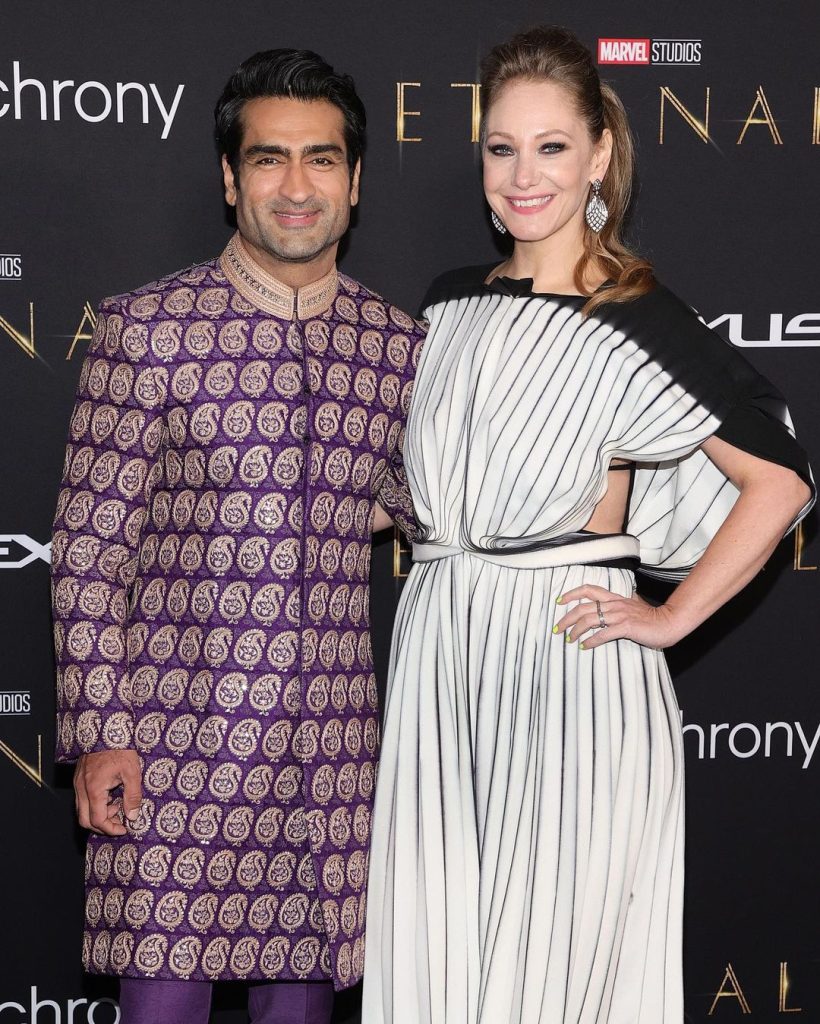 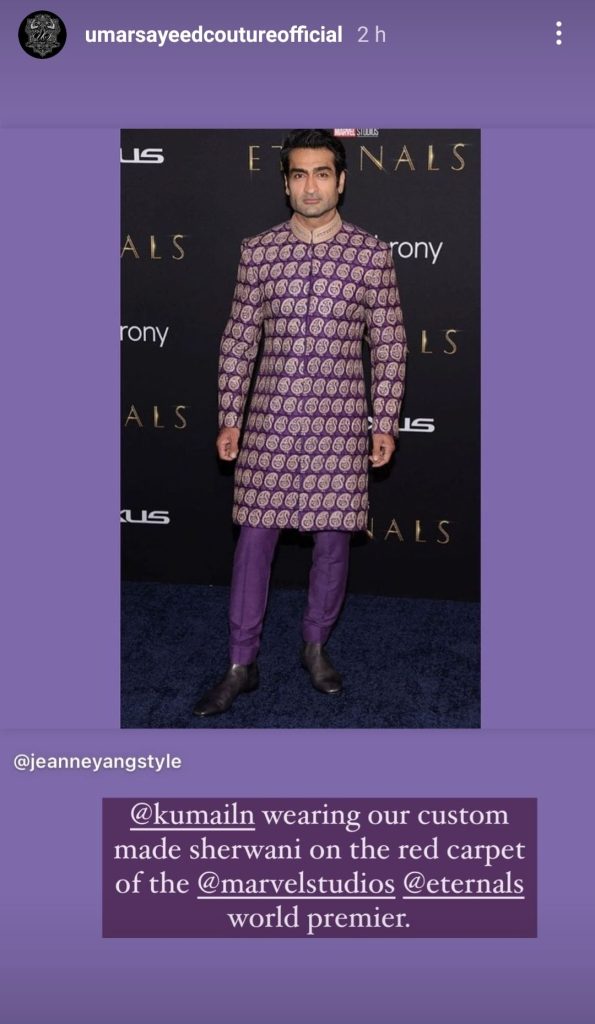 Umar Sayeed shared the pictures of Nanjiani wearing his bespoke creation to the red carpet on his Instagram as well.