Since PSL season is in its full swing Lahore Qalander decided to add some extra color to it. Taking the standard of PSL to another level, Lahore Qalandar recently released its anthem with an updated video. The anthem is sung by none other than the maestro Abrar-ul-Haq. Bol Qalandar was released a few days back with the video consisting of snippets of Lahore Qalandar’s performances but the recent video came out unexpectedly and Lahore just didn’t decide to jump on the bandwagon rather they decide to stand out. All the other teams released the videos with their celebrity ambassadors showing some moves in it but in Lahore Qalandar anthem’s video, the dancing stars are none other than the players who have proved that field is not the only way through which they can impress the viewers.

In the video, we can see all the players of Lahore Qalandars (including national and international cricket stars) shaking their legs on the beat.

Let’s have a look at the video which is unique in its own way: 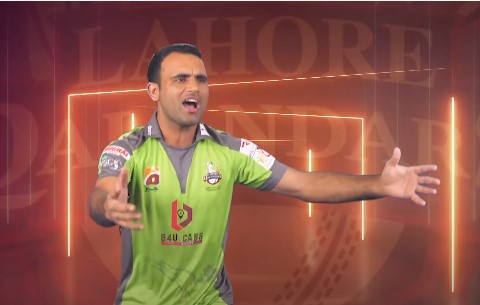