Laylat al Qadr or Shab e Qadar (Night of Power or Night of Decree) according to the Quranic verses is considered “better than a thousand months.” This blessed and powerful night falls in the last 10 days of Ramazan. It could be any of the odd nights of the holy month of Ramazan. Any good deed whether it is a kind gesture, sadqa, reciting the holy Quran, praying nawafils or doing charity of any kind at all, its reward is multiplied. It is also believed that this is the night when Allah shows great mercy to His creation and the night in which one’s fate is decreed.

That is why many Muslims all around the world isolate themselves from everyone and dedicate these 10 days and nights to the worship of Allah. Many of the Islamic scholars are convinced that it is impossible to tell which night it could be. They are also of the opinion that every year, Laylat al Qadr could be on a different night of Ramazan. It would however surely be one of the odd nights and not the even ones (e.g. the 21st, 23rd, 25th, 27 or 29th night). 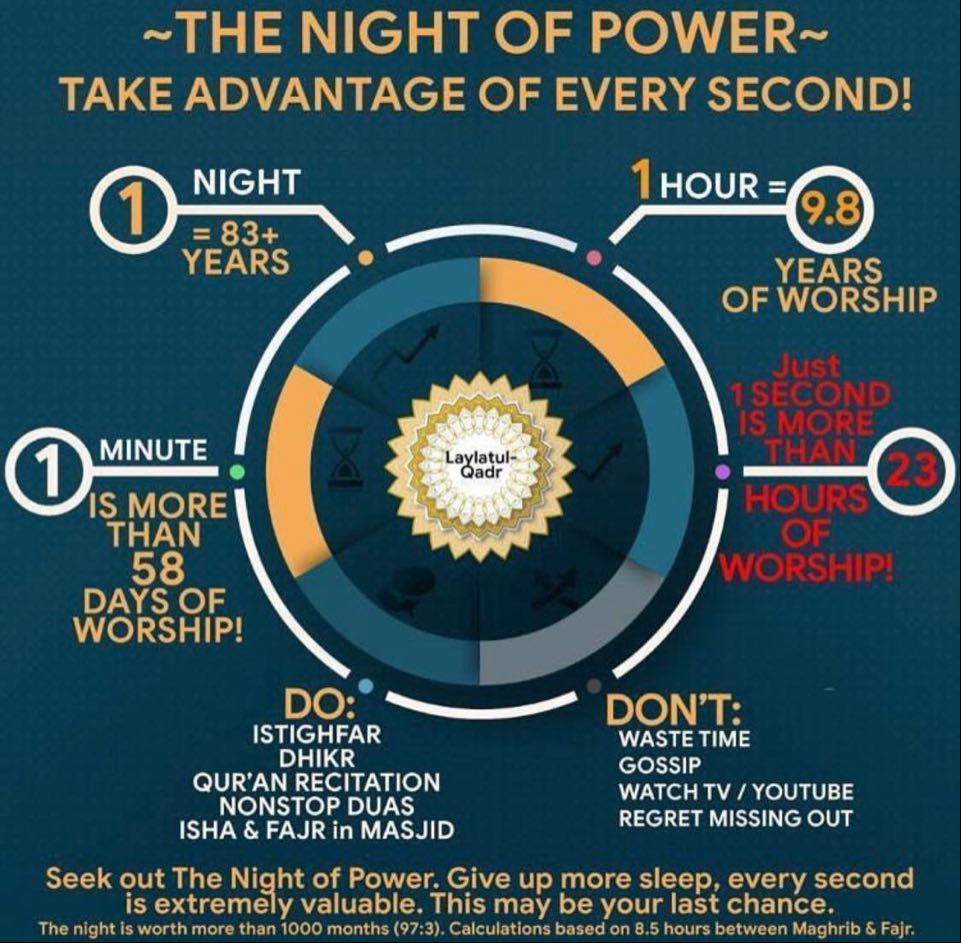 Surah Al-Qadr is in the 97th chapter of the Qur’an and it has a total of 5 verses. In this Surah, Allah informs that He sent the Quran down during the Night of Al-Qadr, and it is a blessed night. This is the Night of Al-Qadr and it occurs during the month of Ramadan. The fact that an entire Surah was dedicated to this blessed night basically goes to show its importance. 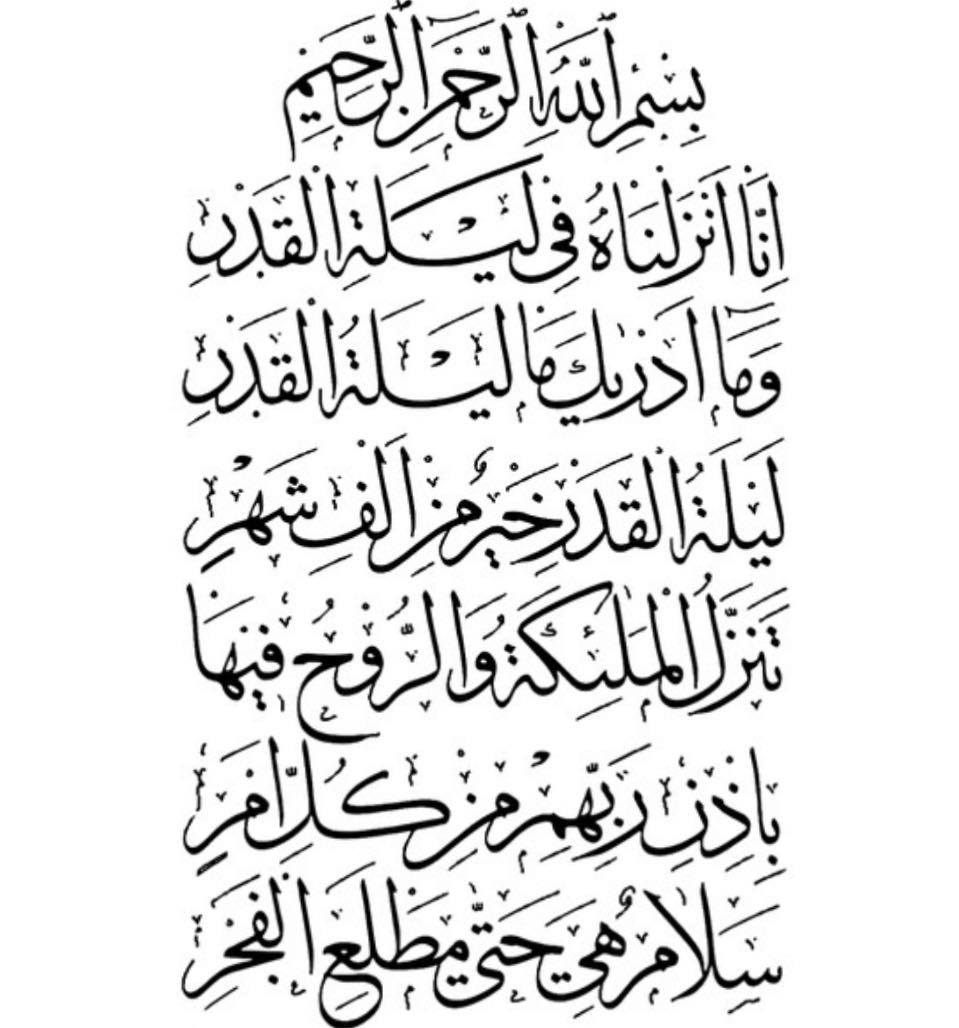 There are many hadiths about Laylat al Qadr which guide the Muslims towards the right direction. Here are some hadiths which highlight the significance of this powerful divine night.

The Prophet Muhammad (peace be upon him) said, “Seek it in the last ten days, on the odd nights,” (Hadith, Bukhari, and Muslim).

The Prophet (peace be upon him) said, “Whoever prays on Laylatul Qadr out of faith and sincerity, shall have all their past sins forgiven.” (Hadith, Bukhari, and Muslim).

The Prophet said, “Abusing a Muslim is Fusuq (an evil doing) and killing him is Kufr (disbelief).” Narrated Ubada bin As-Samit: “Allah’s Messenger (SAW) went out to inform the people about the (date of the) night of decree (Al-Qadr) but there happened a quarrel between two Muslim men. The Prophet (SAW) said, “I came out to inform you about (the date of) the night of Al-Qadr, but as so and so and so and so quarreled, its knowledge was taken away (I forgot it) and maybe it was better for you. Now look for it in the 7th, the 9th, and the 5th (of the last 10 nights of the month of Ramadan).” (From, Sahih Bukhari. Chapter 2, Belief, Narrated/Authority of Abdullah) 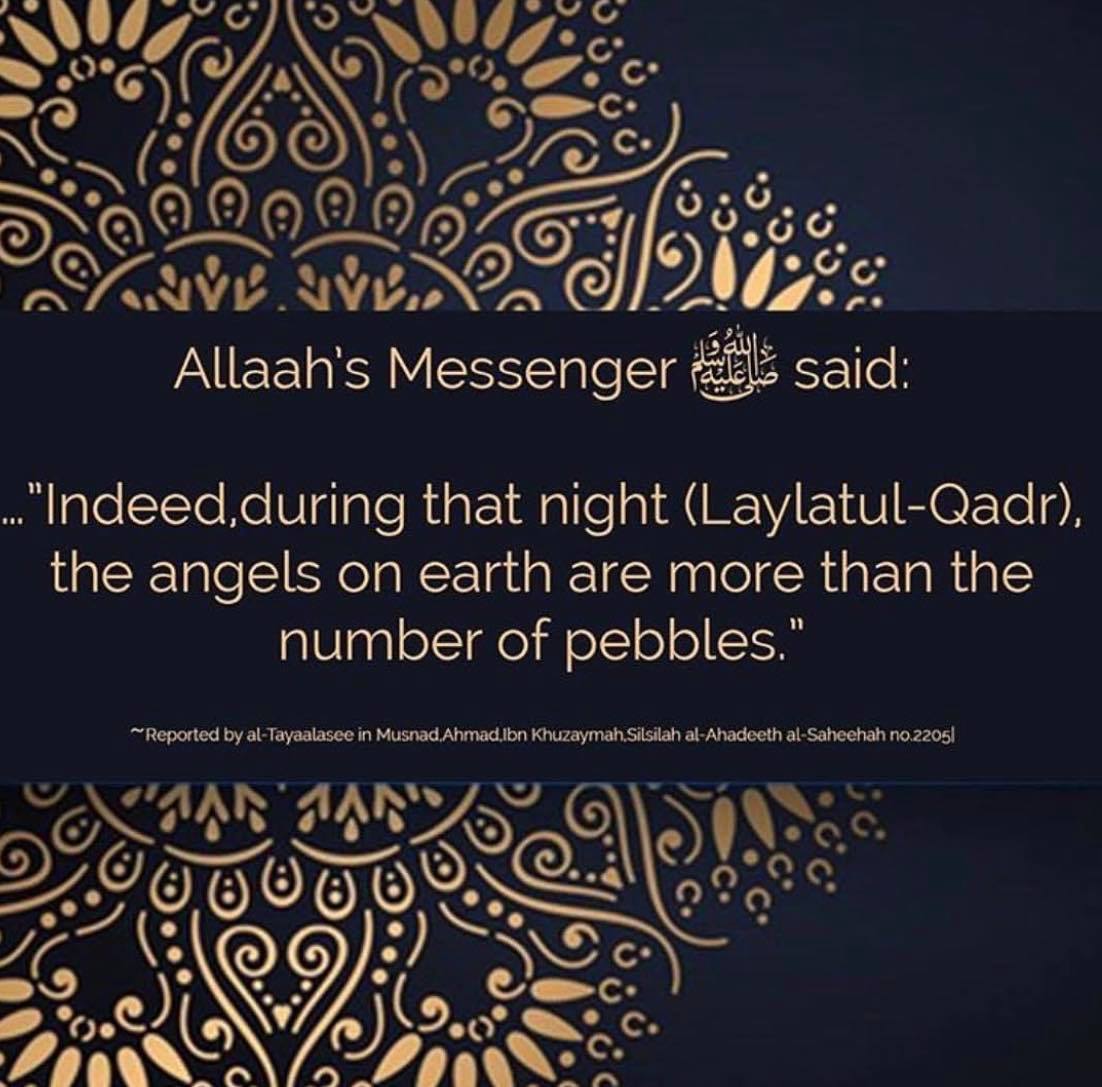 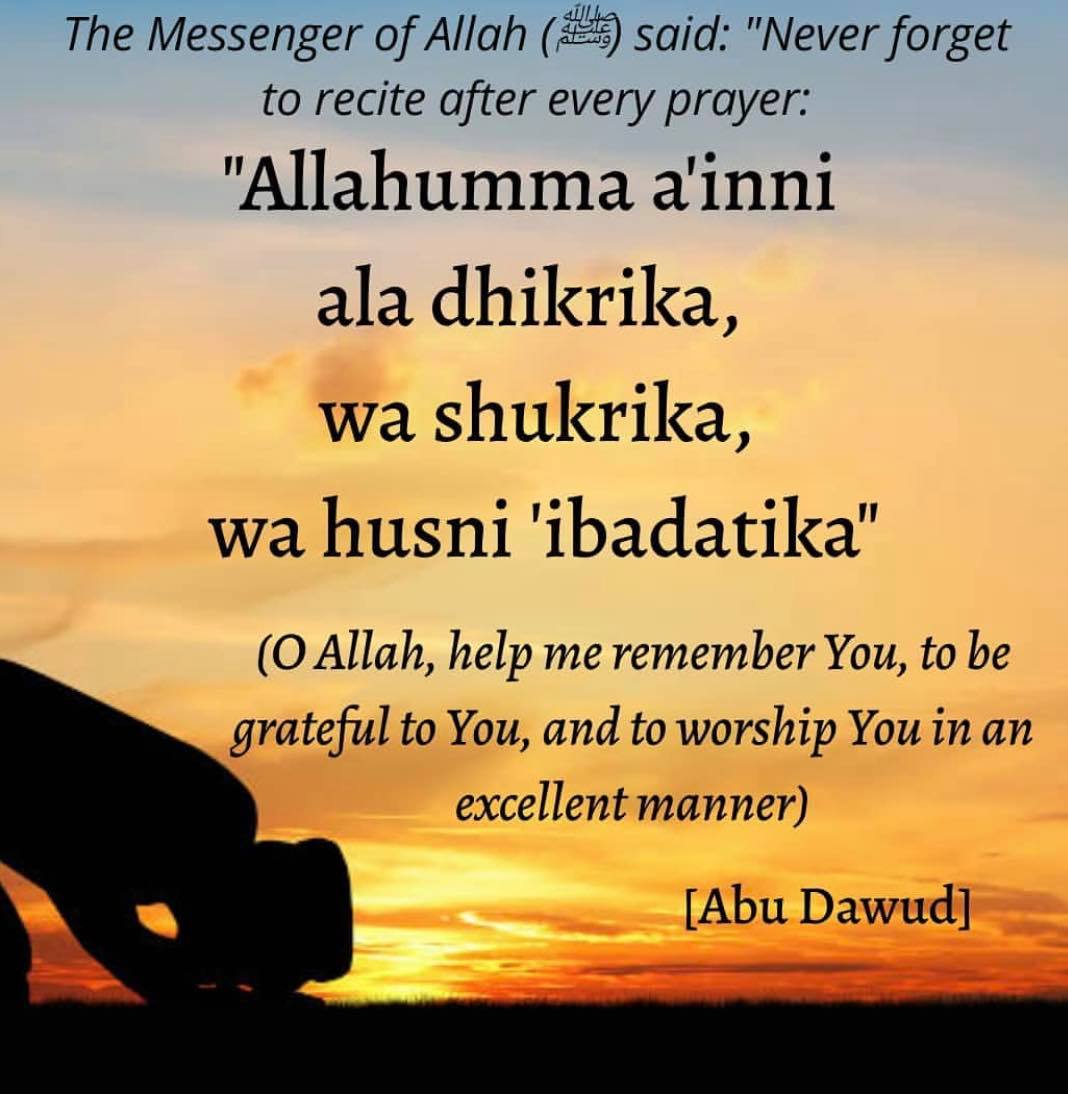 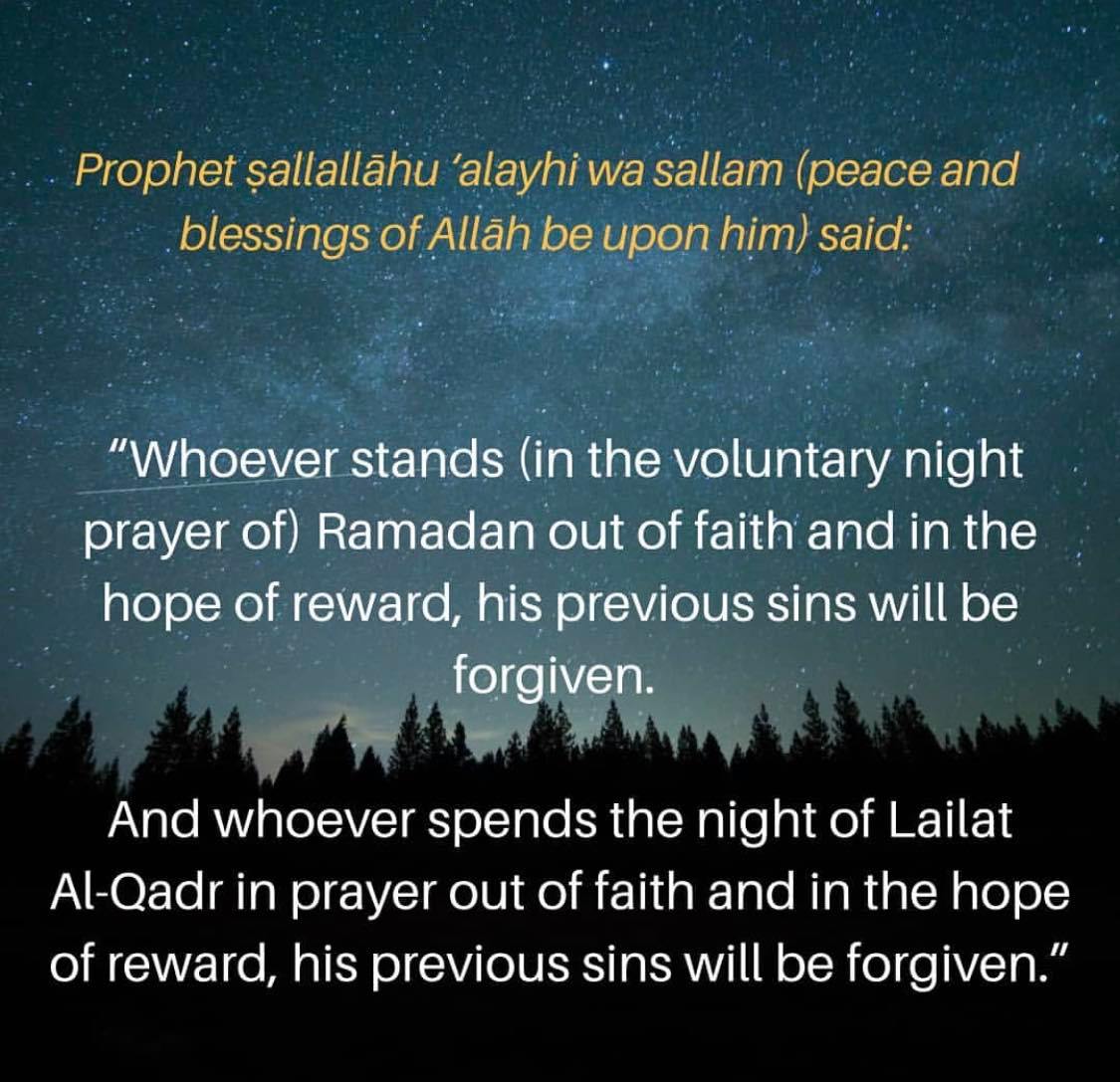 Aisha, may Allah be pleased with her, said, I asked the Messenger of Allah: ‘O Messenger of Allah if I know what night is the night of Qadr, what should I say during it?’ He said: ‘Say: O Allah, You are pardoning and You love to pardon, so pardon me.’ “(Ahmad, Ibn Majah, and Tirmidhi). The transliteration of this Dua is “Allahumma innaka `afuwwun tuhibbul `afwa fa`fu `annee”

Other than this, of course, the Muslims all around the world can ask Allah for whatever they desire. This dua, however, proves that it is most important to ask for Allah’s forgiveness in this blessed night. 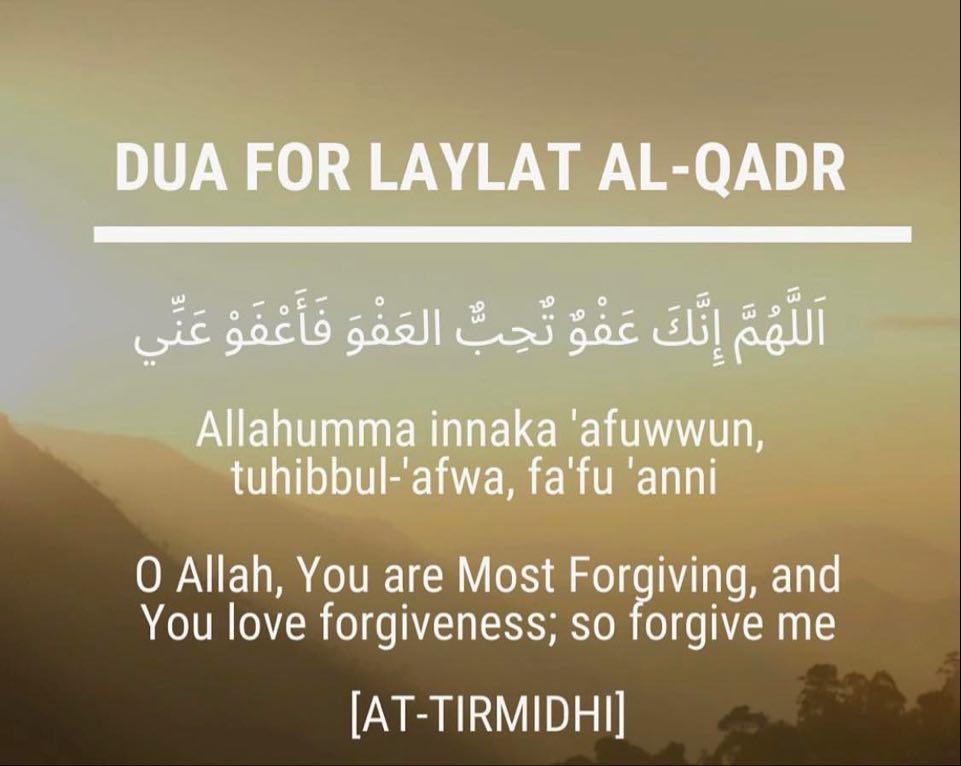 There are many different ways to dedicate one’s self wholly to prayer in these last 10 power nights of Ramazan. One of the ways many people follow is sitting in i’tikaf. There are many different ways people isolate themselves from everyone so that they can wholeheartedly devote themselves to gaining Allah’s blessings and forgiveness. Some people sit in i’tikaf in Masjids while others do so in the comfort of their own homes. It is also possible to make the intention of Nawafil I’tikaf each and every time one enters the masjid to gain rewards for the time spent in the masjid.

Many people who do not sit in i’tikaf also assemble together in Masjids to pray. They try to worship in all these 10 nights or as many days as they can manage. Every Muslim tries their best to pray as many nawafil as possible to catch the true reward of Laylat al Qadr. The best nawafil prayer is tahajjud as it is a prayer that allows you to get closer to Allah. It can be prayed after Isha’ until just before Fajr begins.

There are certain tips to be followed in order to make the most of your namaz in the last 10 days of Ramazan. You can pray Isha’ and Taraweeh. Pray 2 raka’ahs of tahiyyatul masjid upon arriving at the masjid and 4 raka’ahs of sunnah (this is often neglected) before the 4 fard of Isha’. When Taraweeh ends, it is best to make yourself ready to pray until Fajr. That is the best way of making the most of this blessed night, even if one is not sitting in i’tikaf.

Laylat al Qadr What To Do

There are many ways to make the most of Laylat al Qadr by making praying to Allah and reciting the Holy Quran a priority above all other. Sitting in Itekaf is the best way of trying to get the best rewards from this blessed night Even if someone cannot do that, there are many ways in which they can dedicate their time to prayer and reciting duas.

Dedicating your evenings and nights to worship is the best way to make the most of these blessed nights. Try to catch up on your sleep afterward or sleep during the day, even if you have to sacrifice your sleep for some time, it would most certainly be worth it.

Apart from your daily prayers, add additional nawafil to your nightly routines.

Learn duas which will please Allah and through which you can ask for forgiveness. Makes these duas as meaningful as possible by learning the meaning and knowing what you are asking Allah for.

Recite the Holy Quran with translation, as much as you can. Abdur-Razaq said, “When Ramadan came, SufyanAth-Thawri would give up all acts of (voluntary) worship and devote himself to the recitation of the Qur’an. 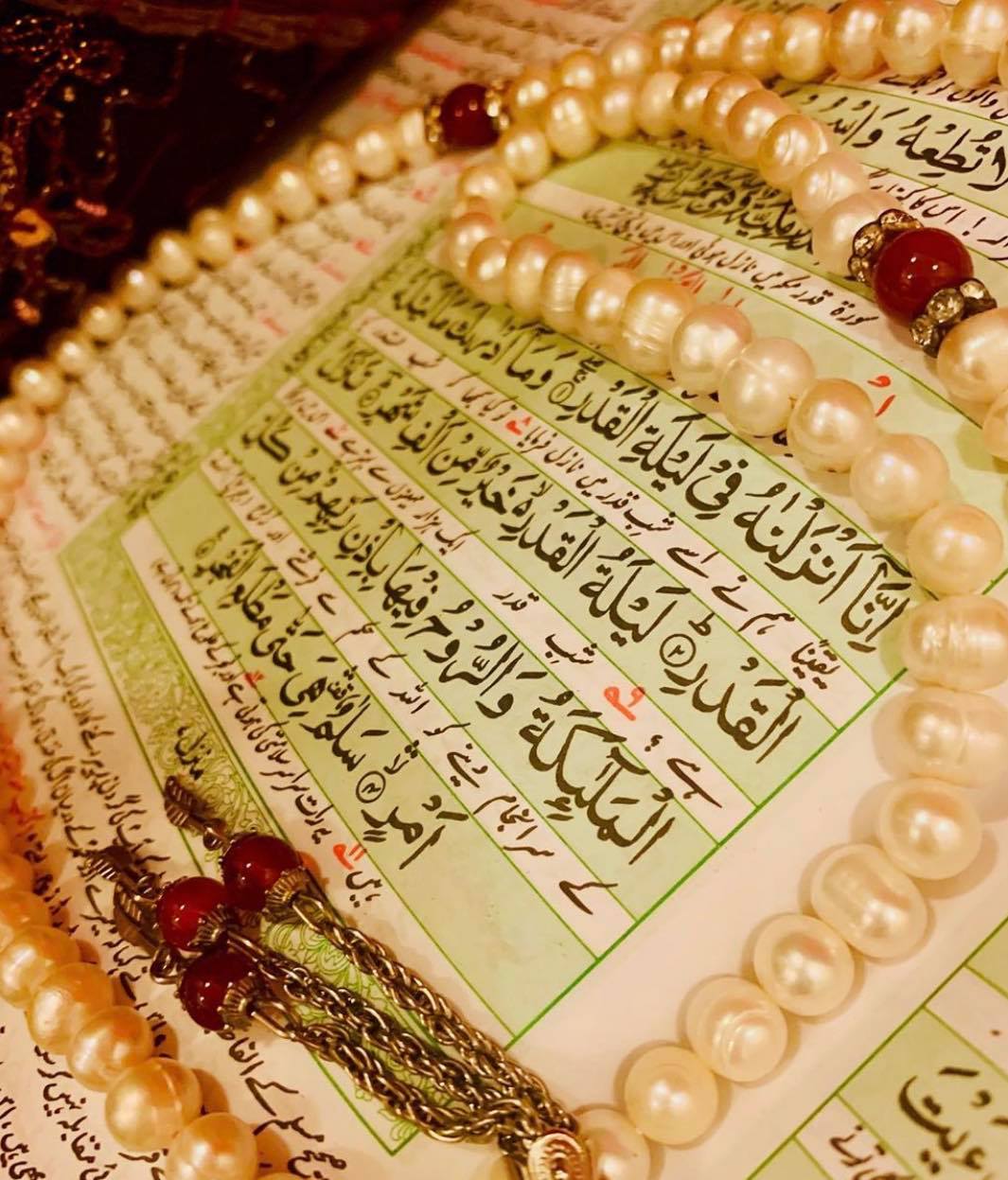 This could also be the best time for you to nourish your faith and evaluate yourself. In a world when we are constantly judging others, self-evaluation can also be a big virtue. Abu Huraira narrated that the Messenger said: Whoever stands (in prayer) in Laylatul Qadr while nourishing his faith with self-evaluation, expecting reward from Allah, will have all of his previous sins forgiven. (Bukhari and Muslim).

Doing charity of any kind at all is a brilliant way of pleasing Allah. There are so many different ways this can be done in abundance. Consider these 10 blessed nights as the best time to have quality time with your creator and make the most of it. Make sure your family and friends join you.