Mah-e-Meer is an upcoming film featuring Fahad Mustafa, Iman Ali and Sanam Saeed in main roles. Fahad Mustafa is making debut in film industry but surprisingly he never seen talking about this film anywhere. Now when the trailer of film is released, Fahad has also provided insights on his role and on this film while speaking to Urdu Daily Jehan Pakistan.

As per Fahad the film is focused on the life and struggle of classical urdu poet Mir Taqi Mir. The film is a comparison between the life of a poet of contemporary era with Mir Taqi Mir. Iman Ali is playing the role of a Kaneez in this film. The film also features five songs which are also written by writer Sarmad Sehbai. The film is produced by Khuram Rana and Badar Ikram and directed by Shazad Anjum. 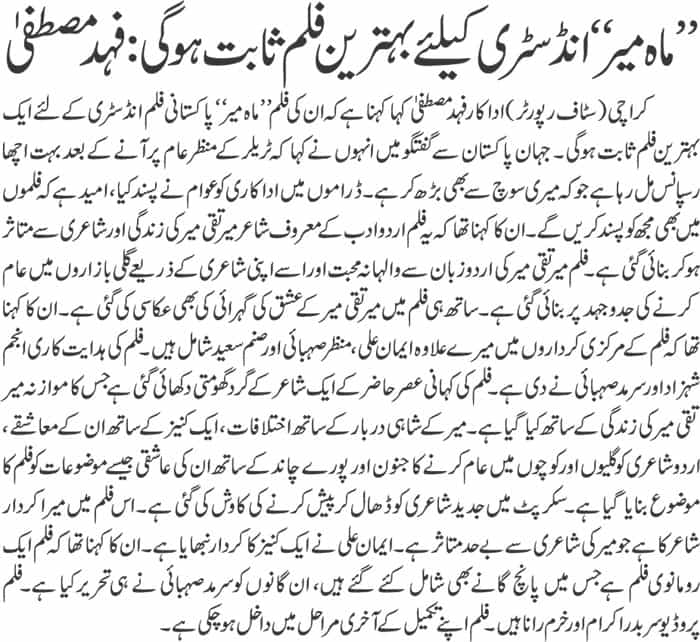