Bushra Ansari is one of the most iconic performers of Pakistan’s media industry who has explored all the possible categories in entertainment. She is also known for her outspoken attitude. She never holds back and says whatever is on her mind. 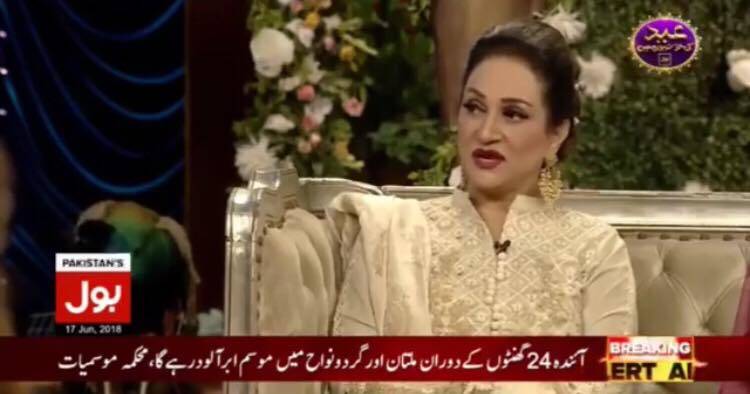 Bushra Ansari was invited to Bol’s talk show which is hosted by Aamir Liaquat. When Aamir Liaquat asked Bushra Ansari to rate different actors by giving her options, her reply was direct and to the point. He gave her the options of Sajal Aly, Mahira Khan, Mehwish Hayat, Mahnoor Baloch and Saba Qamar. She rated Saba Qamar as number one, Mahira second, Sajal third, Mehwish fourth. She refused to rate Mahnoor Baloch saying,

“Mahnoor is not an actress, she is just a pretty face. Yes, she is really pretty but that’s something which God has given her. She did do acting, she tried but she did not succeed.”

Mahnoor Baloch has worked in many dramas and had been around for long too. We wonder if she will comment on Bushra Ansari’s statement about her. https://www.instagram.com/p/BnPMDWNFG3K/?utm_source=ig_share_sheet&igshid=au5wt3nsp8za