The Pakistani drama industry has seen many ups and downs. The producers have through the years worked hard to keep it afloat. Unfortunately in an attempt to do so, there has been a serious regression in the content being aired on the mainstream channels in particular. These channels dare to air content that isn’t ‘mainstream’ in their opinion every now and then. Most often however these channels make sure that they do not do so in order to ensure ratings and revenues. These producers also insist that stories that slide away from what the viewers want to watch on these channels are rejected and therefore they have to bear the loss.

Many television dramas such as Ranjha Ranjha Kardi, Dar Si Jati Hei Sila, Parizaad, Dil Na Umeed Tu Nahin, Raqeeb Se, Ehd-e-Wafa, Aakhri Station, and many others won the viewers over in the recent past, got the ratings and appreciation even though the stories were not run-of-the-mill. However, the producers and writers still insist that such dramas do not get the attention and ratings which other typical dramas get. Parizaad’s success lately proved otherwise. If a different drama is executed in a fine manner, it does get the ratings as well and also wins over the critics. There is definitely a large group among the audience who want to watch dramas that do not revolve around typical scenarios.

It would be safe to say that making quality dramas requires a lot of hard work, creativity and obviously time and the fact is that most channels have to keep airing dramas all through the year therefore they just cannot invest so much in every single project. The done-to-death formulas do get these channels the required ratings therefore obviously this shortcut serves their purpose better. Many actors and directors have shared their frustrations regarding the issue in interviews and on social media. And when the numbers are there for everyone to see, it is easier for them to blame the viewers for choosing to watch substandard dramas. They fail to acknowledge the fact that there is also a massive viewership for quality content because that does not support their own agendas.

While the public is blamed constantly for leaving the producers with absolutely no choice, there is also constant criticism on social media by the same public about the decline of Pakistani dramas. Such criticism is often brushed under the carpet because there are still plenty of viewers out there who are willing to watch and give ratings to content that is easy to produce and recycle. Unfortunately, this season more than ever, the channels which have given some outstanding dramas in the past have aired dramas that simply do not fit the bill. It is more obvious than ever that these 3 mainstream channels are responsible for the gradual fall of Pakistani dramas since they are the real stakeholders. While we acknowledge and understand that these channels have to earn revenue, we also feel that they have a duty to ensure that the quality of Pakistani dramas does not go further downhill.

Here are some set patterns followed by the leading channels, most of their dramas revolve around these patterns and therefore we hold them responsible for the fall of Pakistani dramas at the moment.

Drag Till Everyone Loses Interest

Geo dramas do get the ratings, there is no denying that but when was the last time Geo actually focused its energies on making and promoting quality content. Jo Bichar Gaye aired on Geo, it was a groundbreaking drama serial but by treating it like a second-rate project which did not require promotion or attention by the channel, Geo proved where its priorities lie! The television channel most often relies on star power, great visuals, and marketing strategies and they make sure that these dramas are dragged to a point that even the most loyal viewers stop watching these shows. Many of their dramas were dragged so much after they got the ratings that the only thing the viewers looked forward to was an ending! Geo has not just been recycling script ideas but they even do not put in a lot of effort into designing the posters of their dramas. These posters too have a set pattern! Even if you start watching a drama airing on Geo which you like, there is always this stress at the back of your mind that you will end up regretting it once this drama is stretched like chewing gum. 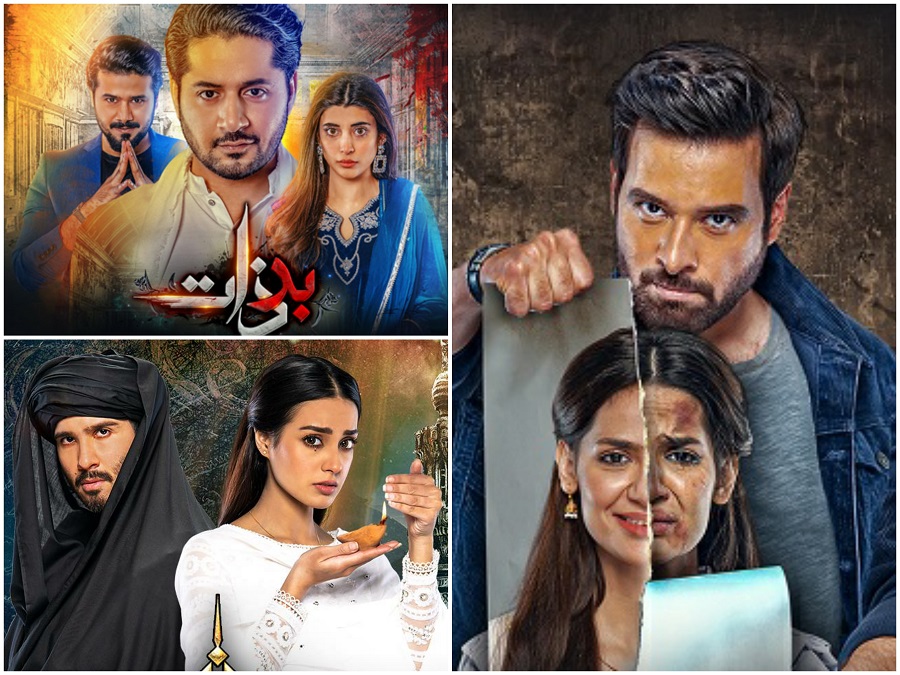 Spreading Toxicity Is The Key

ARY Digital is falling short big time for the longest time now. There have been instances when the channel aired good dramas, as is the case with all the other leading channels. But the fact is that ARY has been banking extensively on giving maximum screen time and attention to toxic characters. Apart from this, ARY takes up serious, sensitive topics and most often ends up using them for commercial purposes. Most of the dramas airing on the channel usually start off at a great pace and the shock value is used to entice the viewers. Unfortunately, this shock value is not used intelligently and is merely used as clickbait. The strategy has been working so well for the channel that recently they roped in a credible writer such as Radain Shah to write a play like Kaisi Teri Khudgarzi. Recently, ARY’s favorite topic seems to be obsessive and stubborn leads that have a very twisted idea of love. From Balaa to Kaisi Teri Khudgarzi, ARY Digital definitely takes the cake when it comes to glorifying negativity. 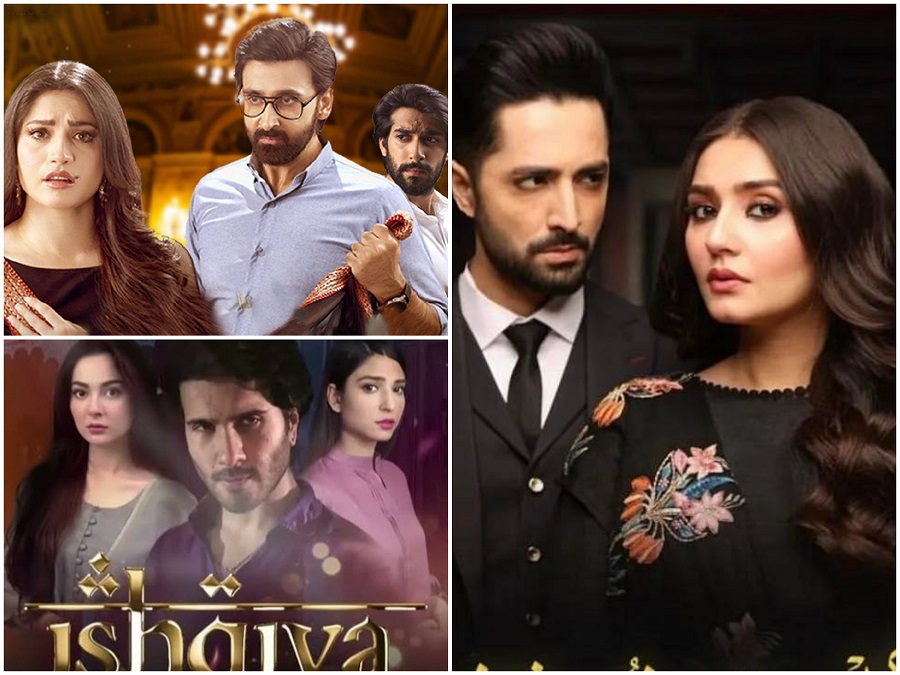 Frustrate Viewers Only After Engaging Them!

If we compare the kind of content that airs on ARY and Geo, Hum is definitely the ‘better’ channel but that’s only because the other channels are not doing well enough. The dramas that air on Hum often are different from the ones that air on the other two channels. That is why while shortlisting dramas which dared to be different, Hum’s dramas were in majority. However, it is obvious that in the recent past Hum is also not experimenting the way it was before. Some of their best dramas in the recent past went downhill after a few episodes. Their dramas start off promising they offer something completely brand new and once viewers are sure that they will not go down a familiar road, they tend to disappoint. Many viewers stop watching such dramas when that happens. Viewers who attach high hopes to dramas get frustrated when they start taking a route that is a little too familiar and not in line with the refreshing element of these dramas. Hum’s new dramas unfortunately offer nothing new and bank on family politics and bechari aurat for ratings. 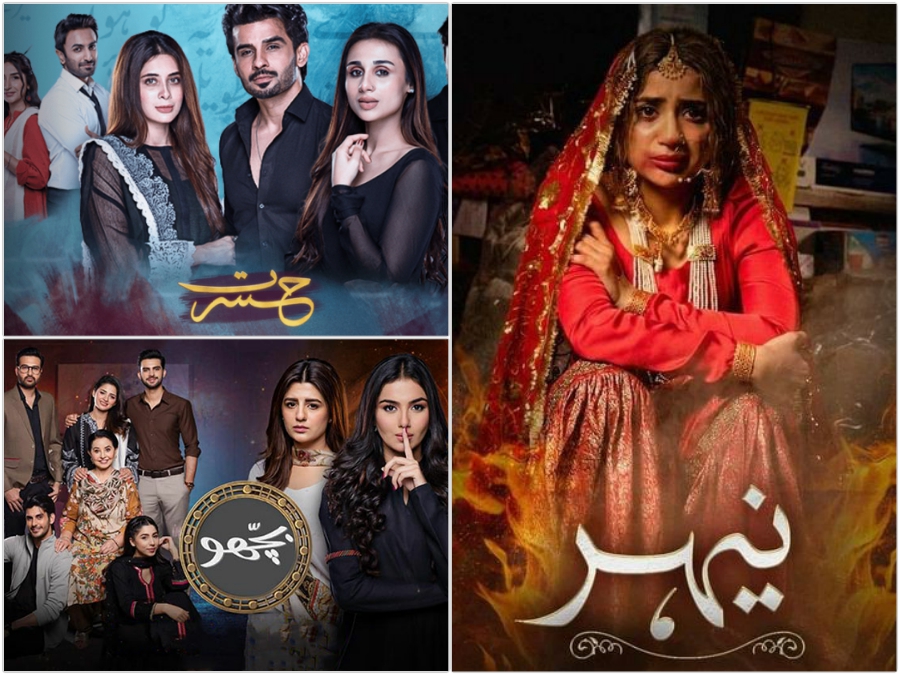 The only reason most of us expect the best from Pakistani drama makers is that we know what they are capable of. Watching the leading channels settle for less just to stay out of trouble or for easier access to ratings has been a massive disappointment. There are still a handful of Pakistani dramas that fit the bill but we feel that currently, the downfall of Pakistani dramas has started yet again. We want to let the channels know that viewers can see what they are up to and expect them to up their game!