To mark Noor Jehan’s 19th death anniversary, Shoain Khan transformed into another one of her iconic looks, nailing it spot on.

“It’s been 19 years since Pakistan lost it’s true gem , a true entertainer , an icon , a legend! Today is marked as the death anniversary of Madam Noor Jehan however it won’t be unjust to say that this legend still lives in our hearts and will continue to do so until the end of times , her melodious voice still captivates the listeners as they did years ago , she might have left for a better place but her songs still calms the storms in this world. Here’s my tribute to the queen of melody , let me know if I reflected her beauty with my work of art,” wrote Shoaib Khan on his Instagram as he shared his amazing transformation pictures. 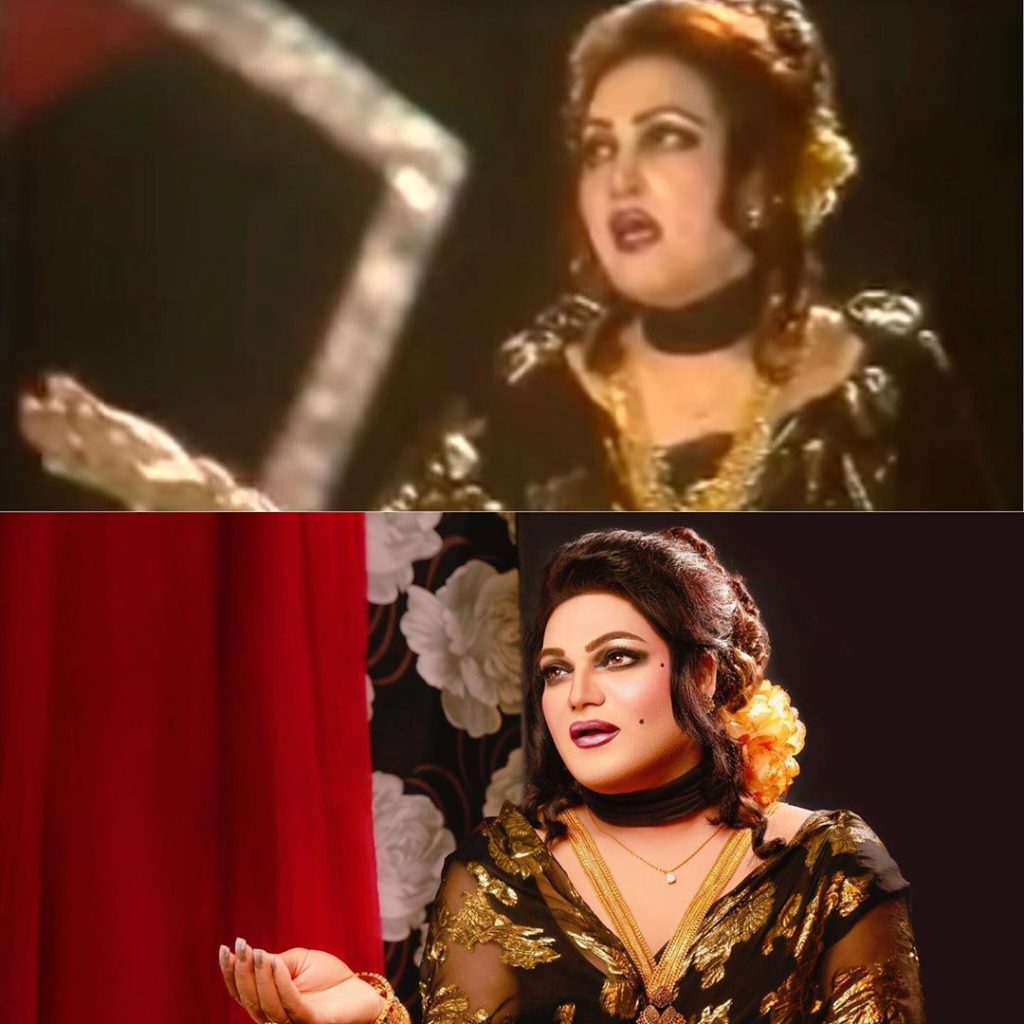 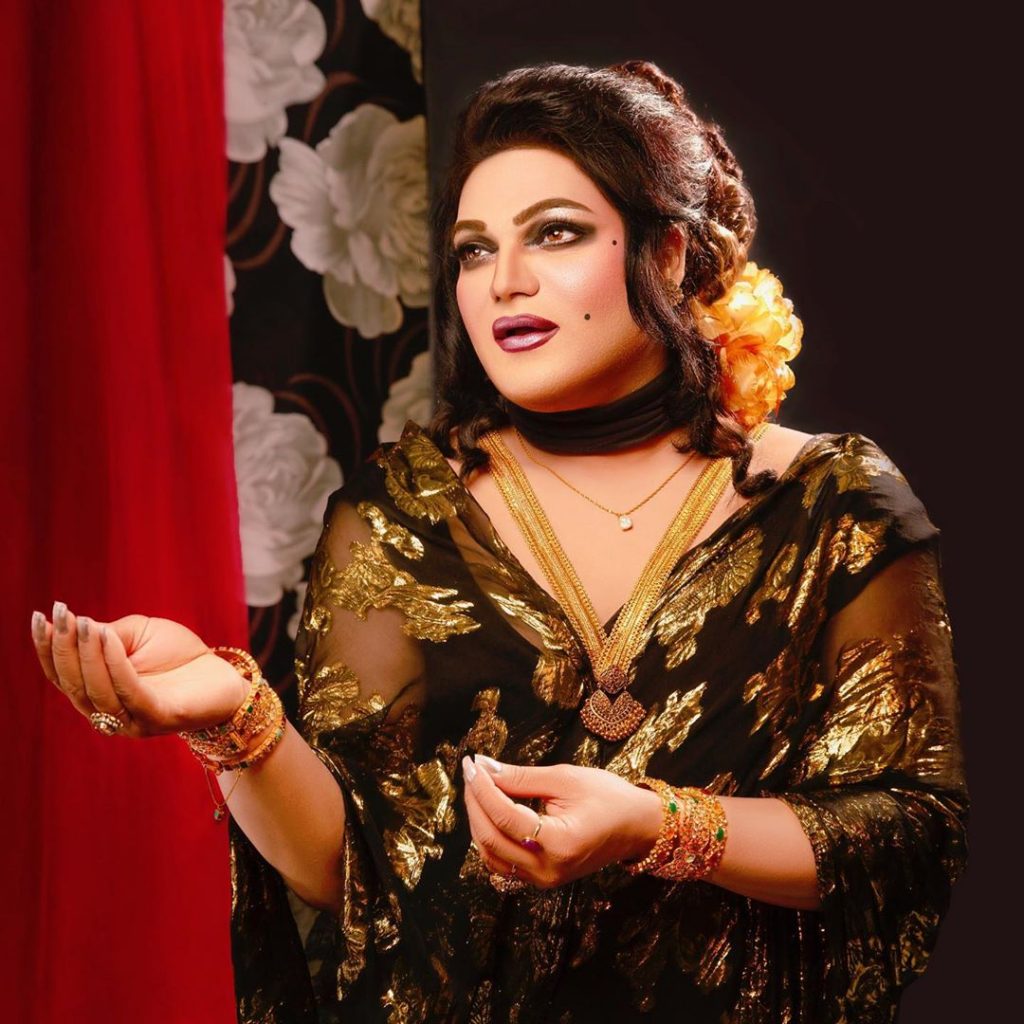 Earlier Shoaib Khan also paid tribute to Noor Jehan’s eternal beauty and of course he nailed the look with his makeup and impressively copying the melody queen’s demeanor as well. 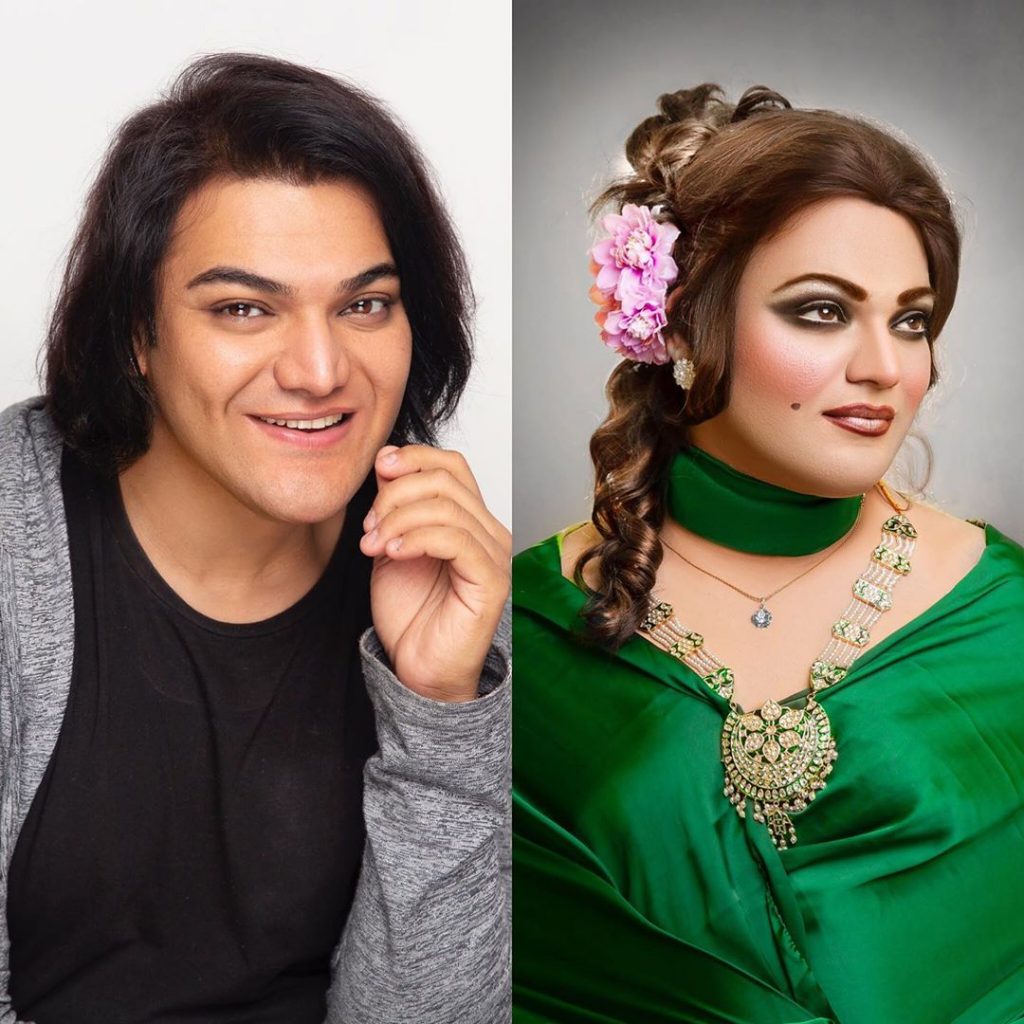 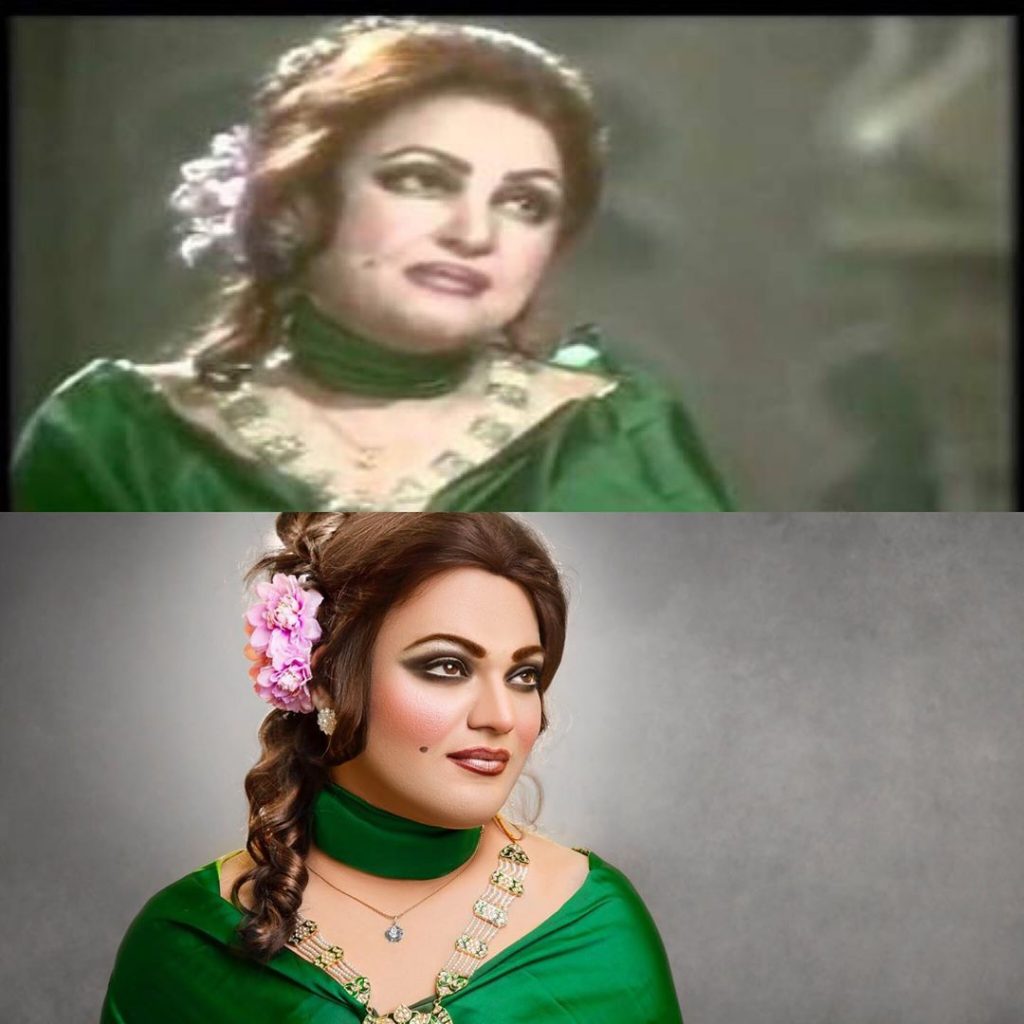 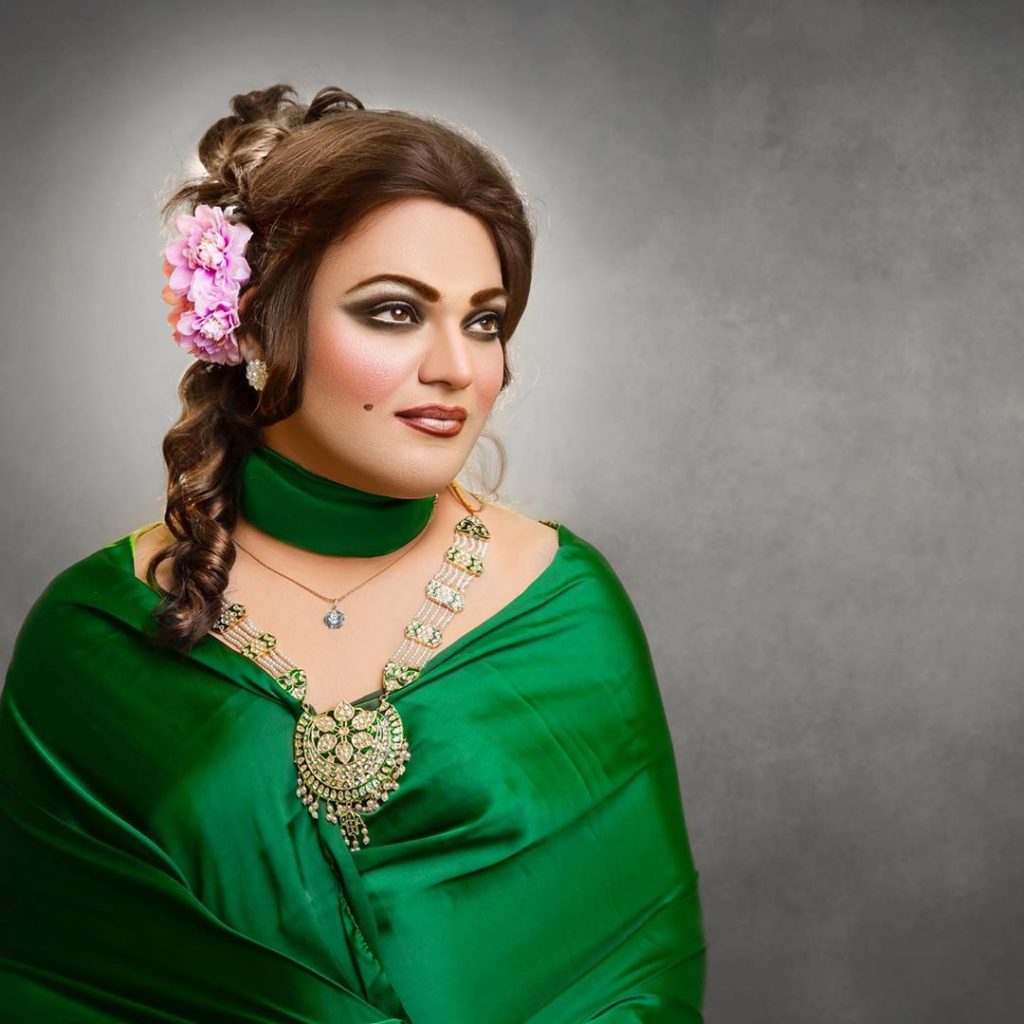