Everyone in the world has become familiar with the scuttle between India and Pakistan. The tension caused the banning of Pakistani artists initially and then later Pakistan also blocked content from India to air in Pakistan as a protest. During the whole scenario, many huge Bollywood stars kept mum and did not give out statements.

Amitabh Bachan was also one star who did not give any controversial statement in the situation. He was however offered a role of a Pakistani recently and he turned it down and it is not difficult to conclude that it was due to the environment in India with fast-approaching elections and a whole lot of hate. Mehwish Hayat took to Twitter and she had to say something about this. She said that this is disappointing and we should also give some thought to our love of Bollywood after this: 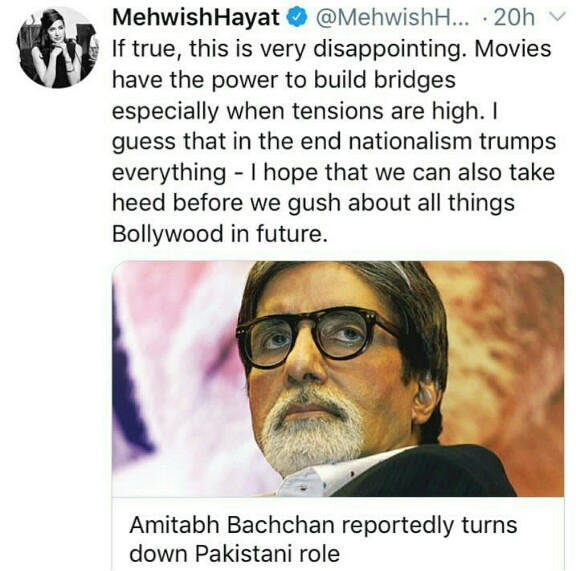 Well, Mehwish does have a point here!