Meray Pass Tum Ho, is a journey of a broken heart: Ayeza Khan

The Ayeza Khan, Humayun Saeed and Adnan Siddiqui starrer has been receiving a lot of praise for the trio’s acting. However, the storyline of the drama is under major criticism as it shows how a materialistic woman is intent upon destroying her own house in her lust for more money. 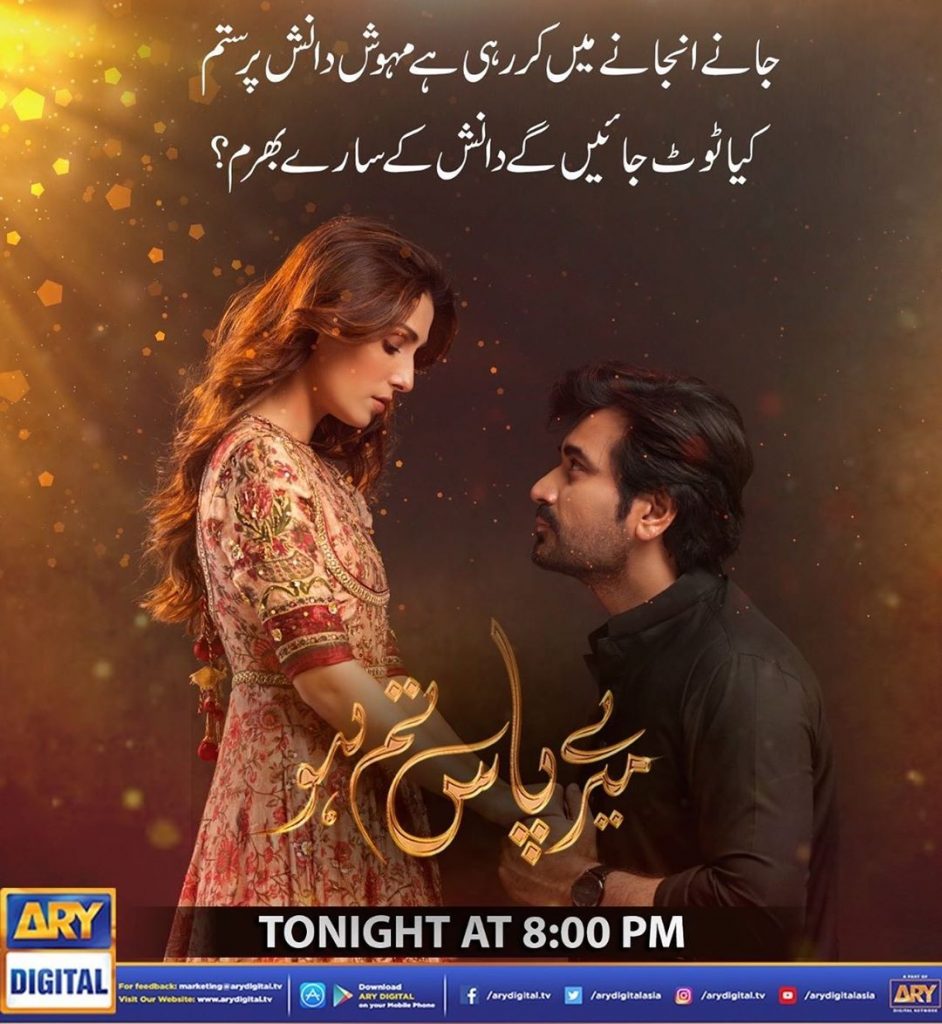 We’ve seen how vain Mehwish( Ayeza Khan) is and how she stops at absolutely nothing to get what she wants when it comes to money. First, she encouraged her husband to take bribe, took undue loans herself and now she’s accompanying her boss to out of town trips and wearing night suites, whether to entice him or be agreeable to whatever he says.

Mehwish encourages Shahwar and doesn’t back down, even when he hints he’s flying out for a date with her. We do not know what transpired between the two in this episode but we know for sure that no loyal woman does what Mehwish is doing to her husband. 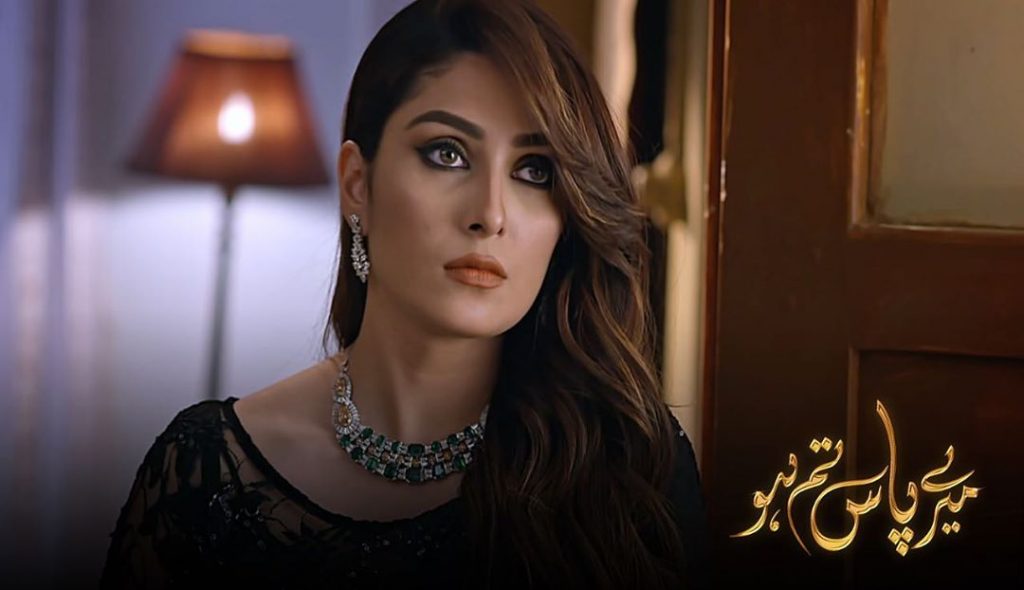 Ayeza Khan’s character as Mehwish has been receiving a lot of backlash, especially after the last episode. The scenes with Shahwar have been earning her criticsim for being a selfish wife and ignoring her family in the process. Currently we do not know how the story will progress, but as the promo shows Shahwar asking Mehwish to choose, we can hazard a guess that she might not choose Danish at all.

Taking all this backlash and the criticism in her stride, Ayeza Khan, recently took to her Twitter to share how she felt about playing Mehwish.

Stating how she wouldn’t want to live as a woman Mehwish is, ever again, Ayeza wrote,” I have lived one life which I never want to live again as a woman, meray pass tum ho, its not just a story a husband and a wife, the lust for money, its a journey of a broken heart.”

Certainly Ayeza Khan, who herself is a devout mother and a wife, must have felt turbulent emotions after she played the character of Mehwish. Mehwish is vain but certainly beautiful and she knows how to use her beauty to get what she wants. The sad part is, the story as usual is inspired by our society and women like Mehwish certainly exist, which to their plight, destroy hundreds of homes. 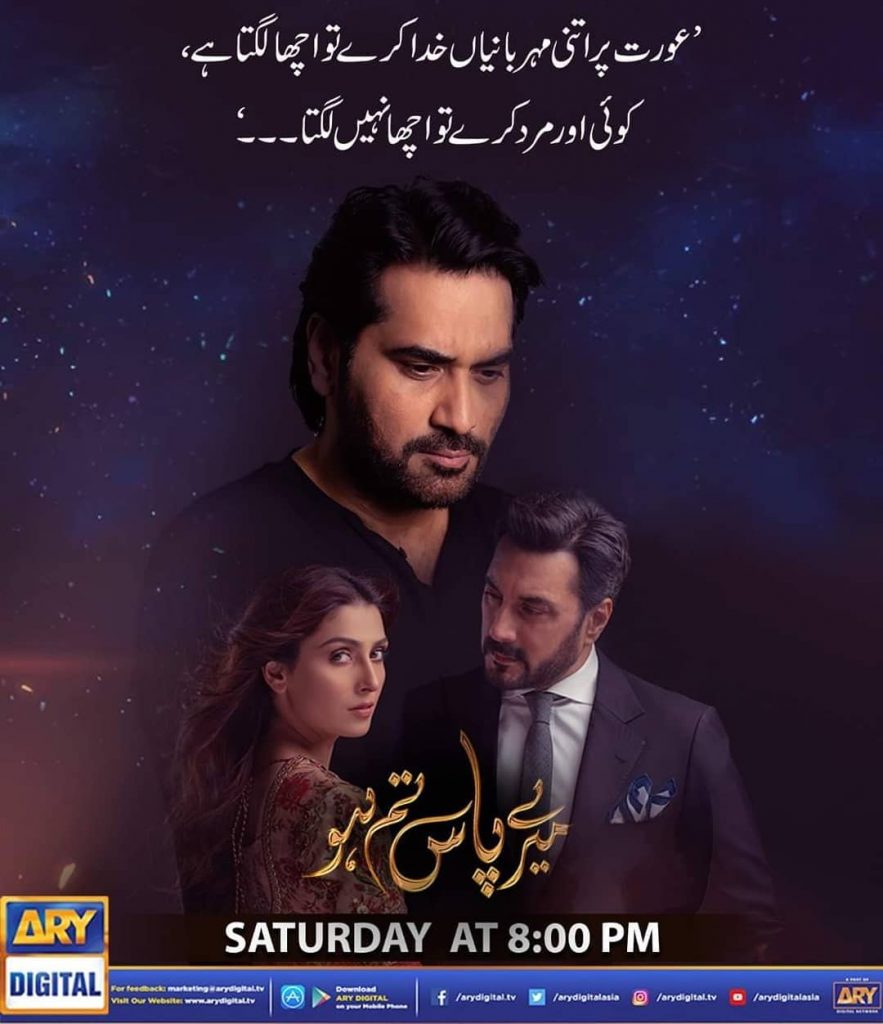 Directed by veteran director Nadeem Baig, Meray Pass Tum Ho, has been written down by Khalil ur Rehman Qamar. The drama, well now into its 9th week, stars Adnan Siddiqui, Humayun Saeed and Ayeza Khan in lead roles. Currently, Meray Pass Tum Ho has been earning rave reviews over the past few weeks. 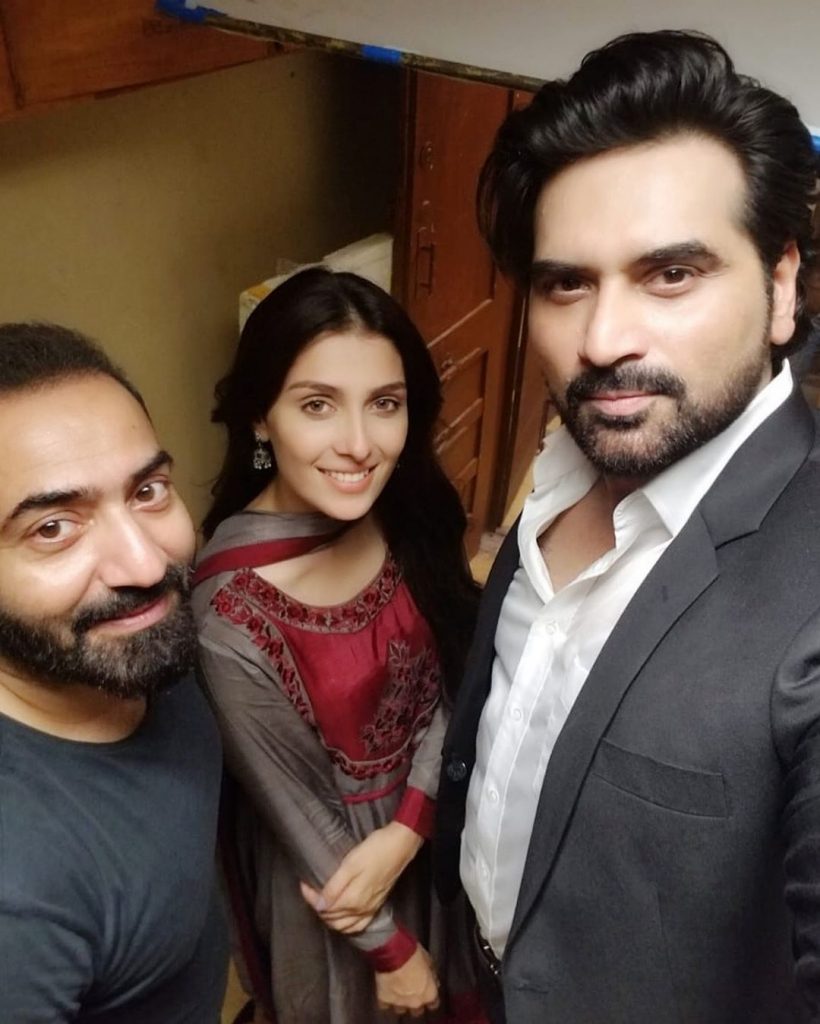