Minal Khan And Ahsan Mohsin’s Engagement Invites Are Out

Minal Khan and Ahsan Mohsin Ikram are officially engaged after they announced their baat pakki, letting the world know they’re ready to spend their lives together! While they had already hinted at being engaged with a subtle post on Valentine’s Day the couple never explicitly said so. The photos sparked a wave of positive reaction from her fans who showered the happy couple with love and prayers. 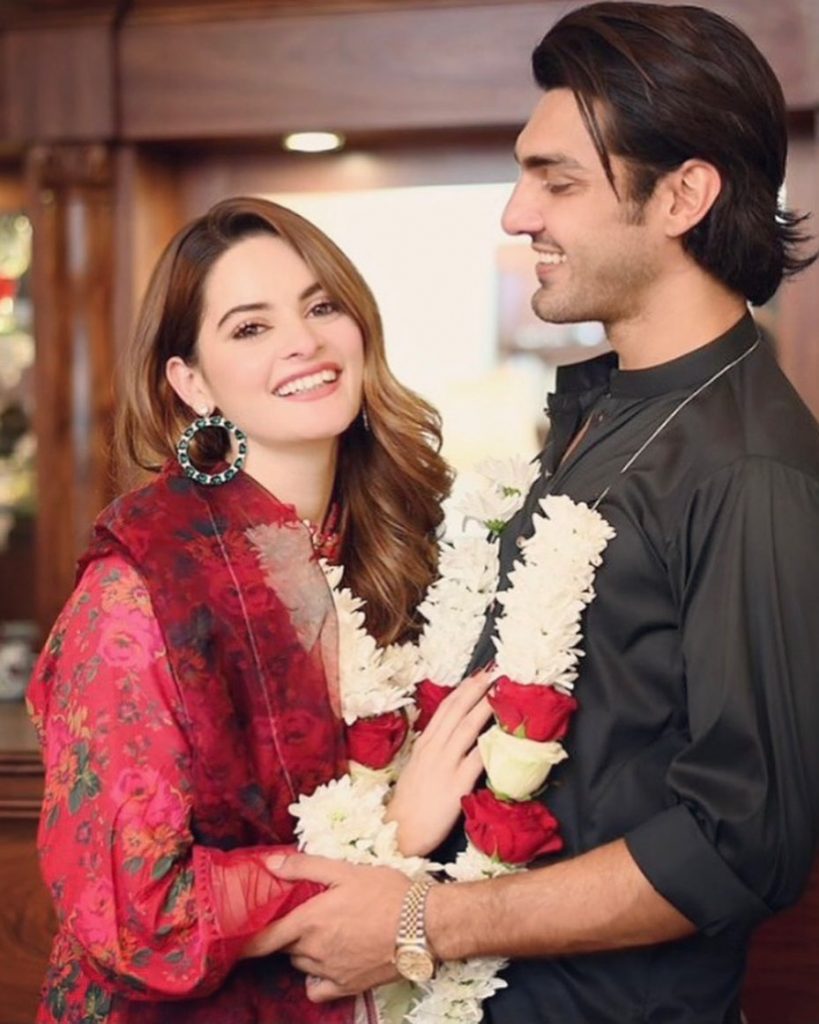 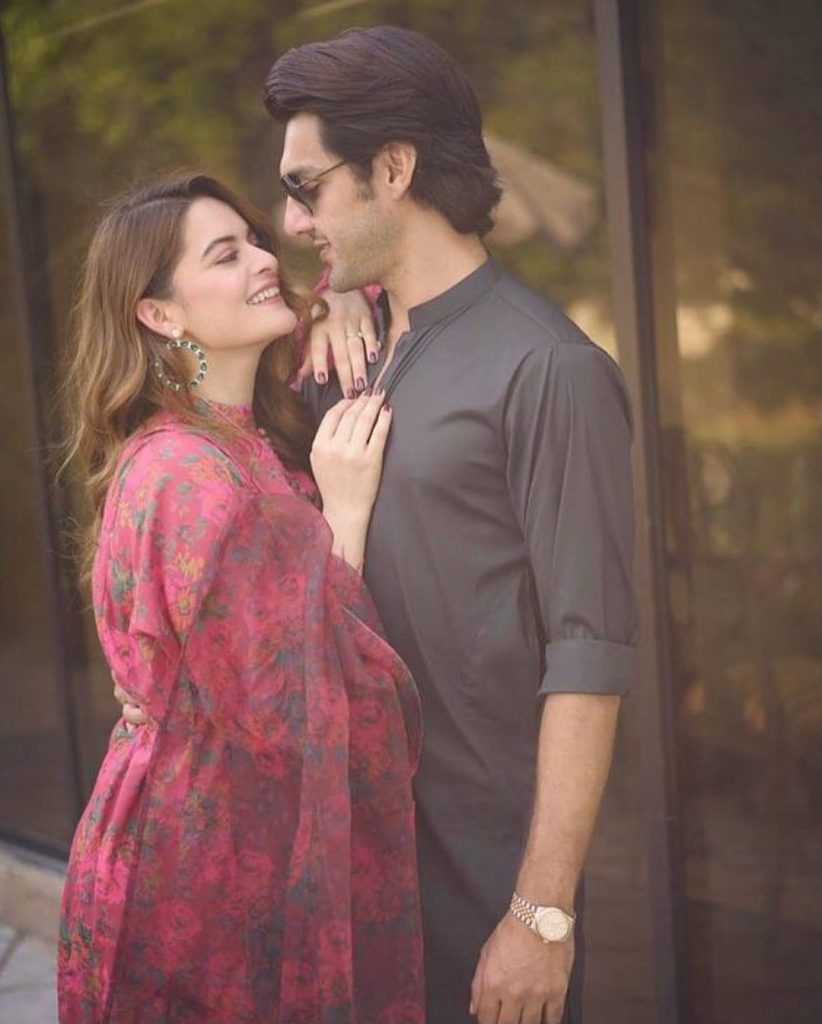 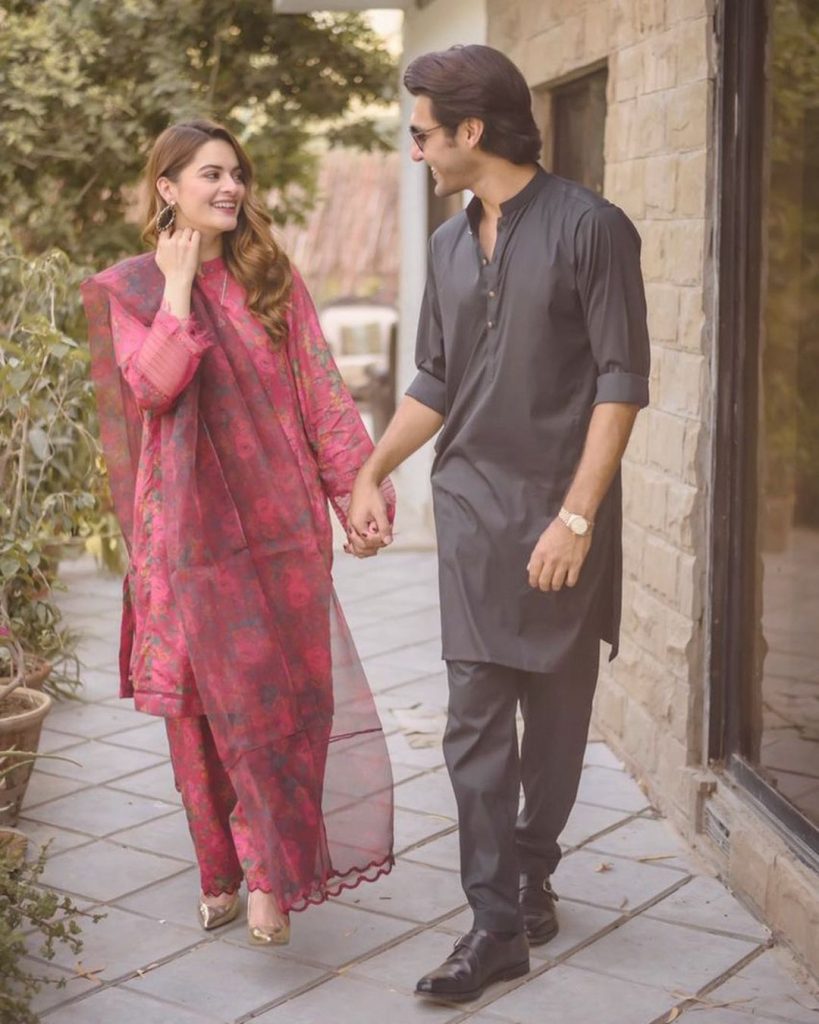 Recently Minal Khan took to her Instagram account to share a card that looks like an engagement invitation card of the love birds. Minal sharing the card wrote, “You are invited”. She also tagged her fiancé Ahsan Mohsin Ikram in the post.

Ahsan also shared the invitation card on his Instagram handle. “My heart belongs to you now forever,” he wrote along with the picture.