Minal is a Young, beautiful and accomplished actress who joined Showbiz as a Child artist and today she is one of the lead actresses of the Pakistani Entertainment Industry. In 2013 she was seen in a super hit serial ‘Adhoori Aurat’ opposite Faysal Qureshi and beautiful Ayeza Khan. One after another she started getting being recognized and with each passing serial, she groomed herself in looks plus acting-wise too. She has worked with several prominent actors and today she is no less than others. 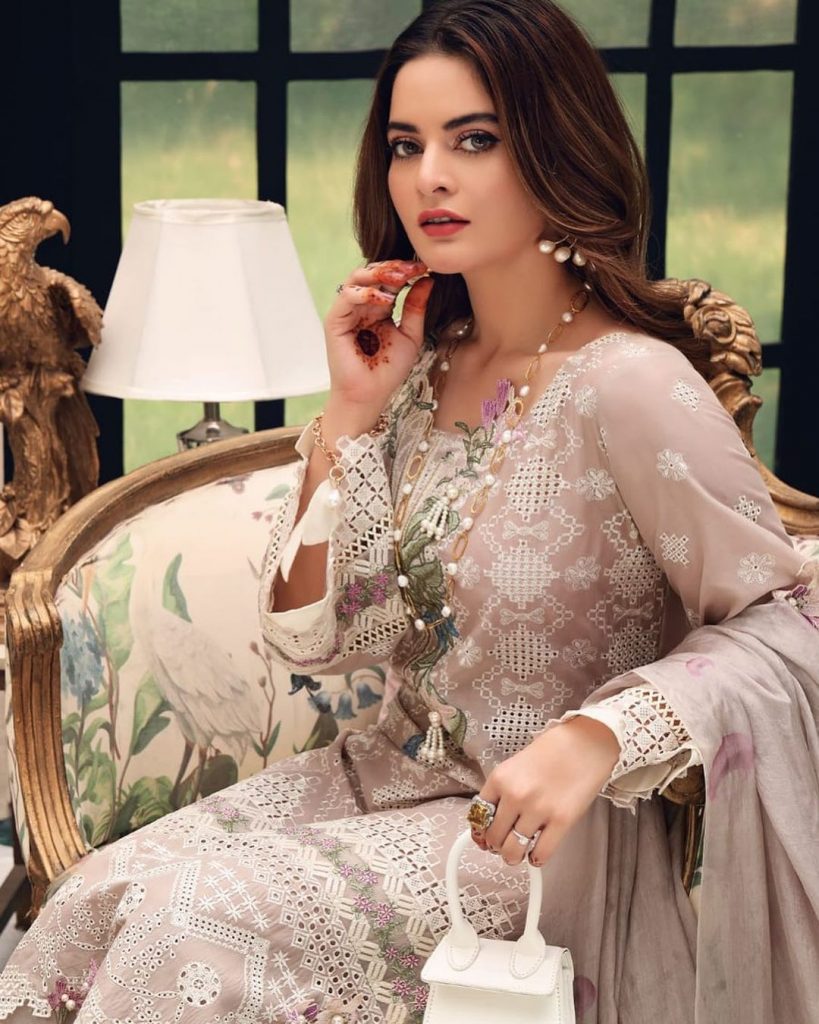 Minal Khan was lately featured in a bridal shoot for ‘Elan Official’. Minal looks super chic as she is all dolled up as a traditional bride by “Royli Salon”. Let’s have a look! 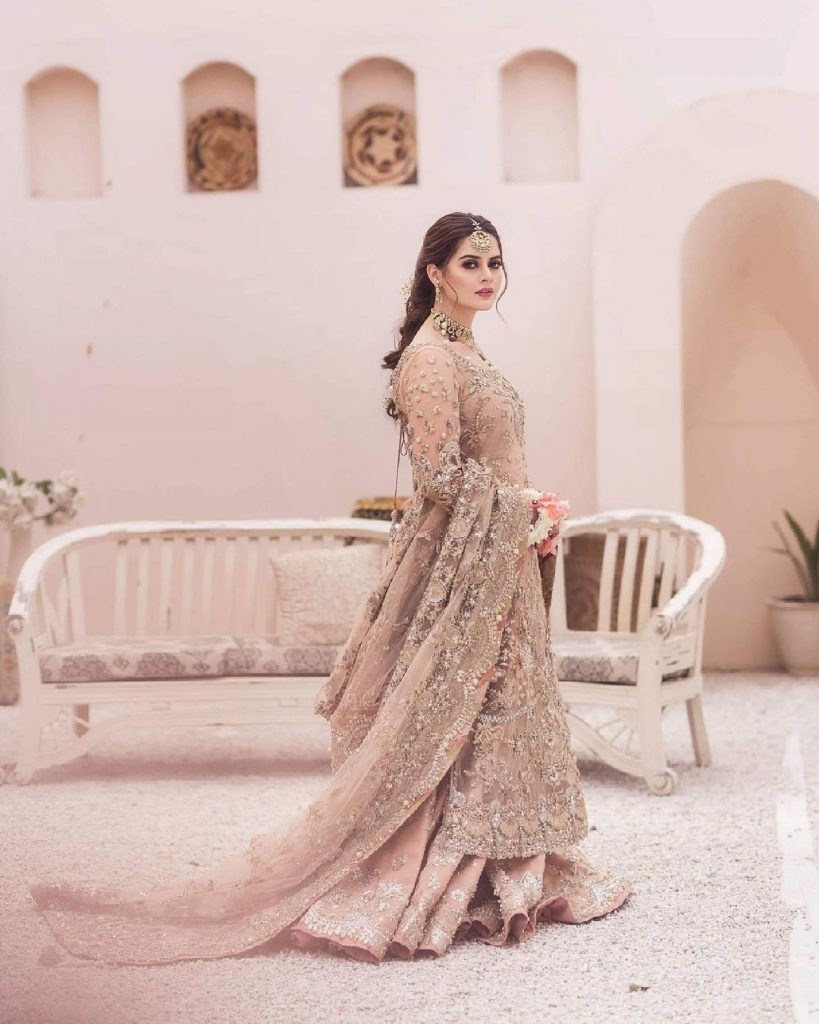 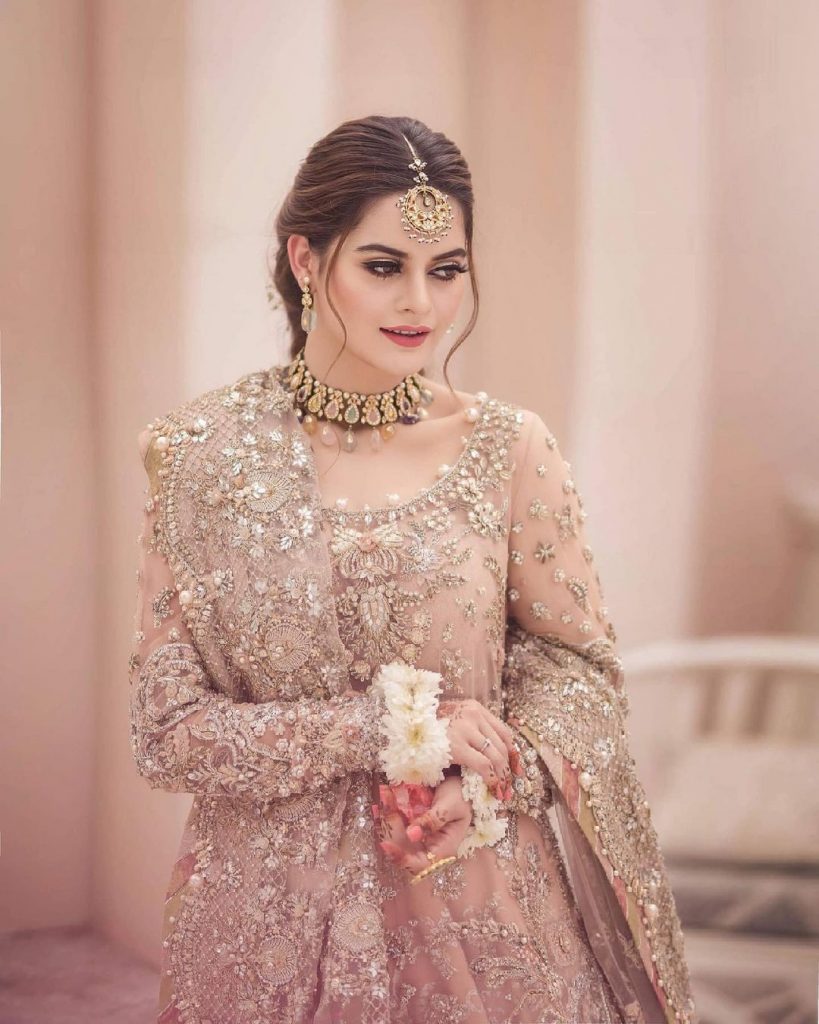 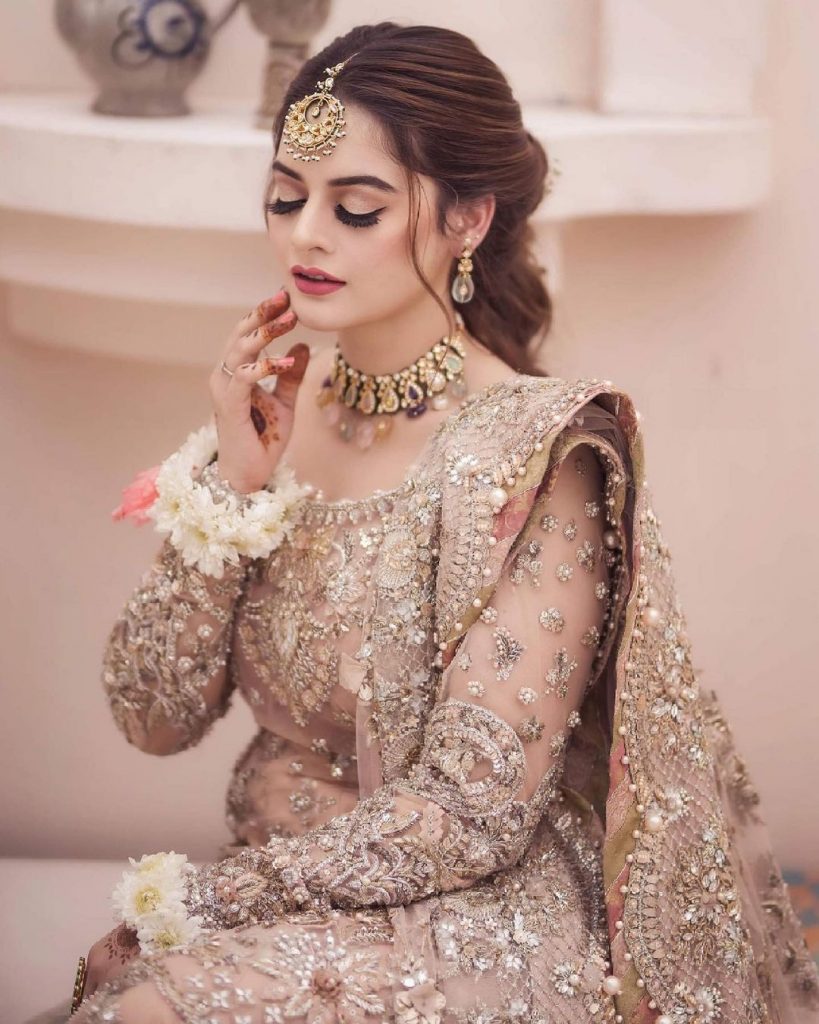 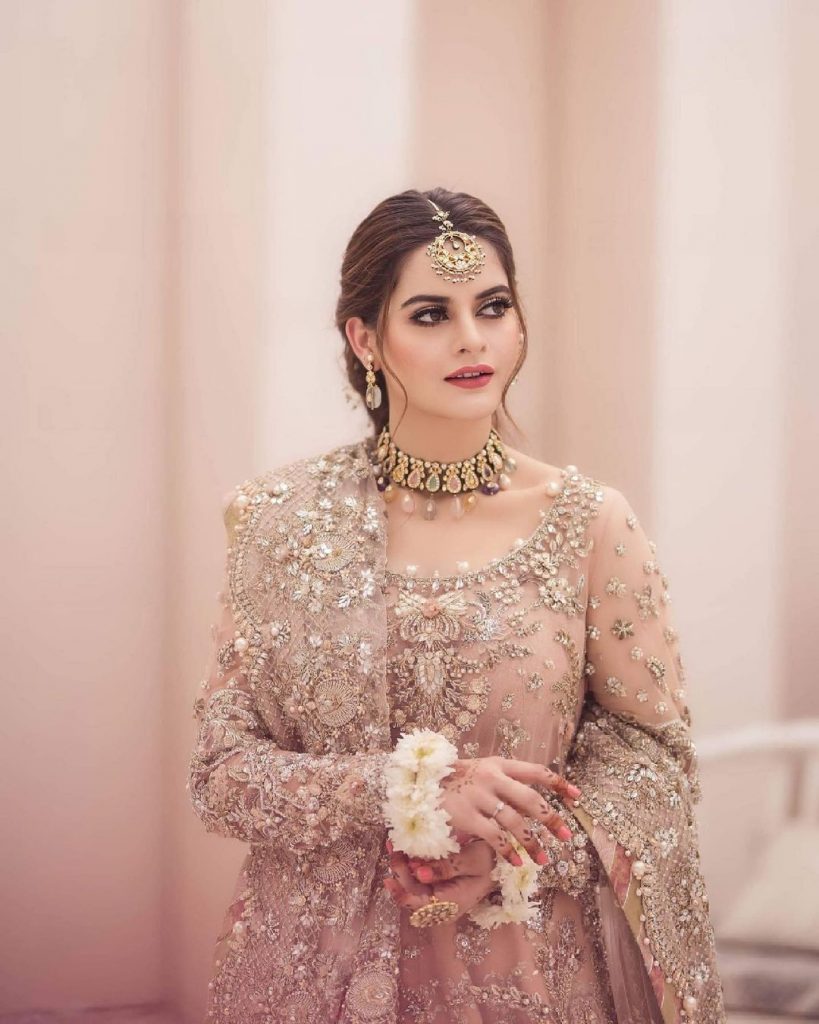 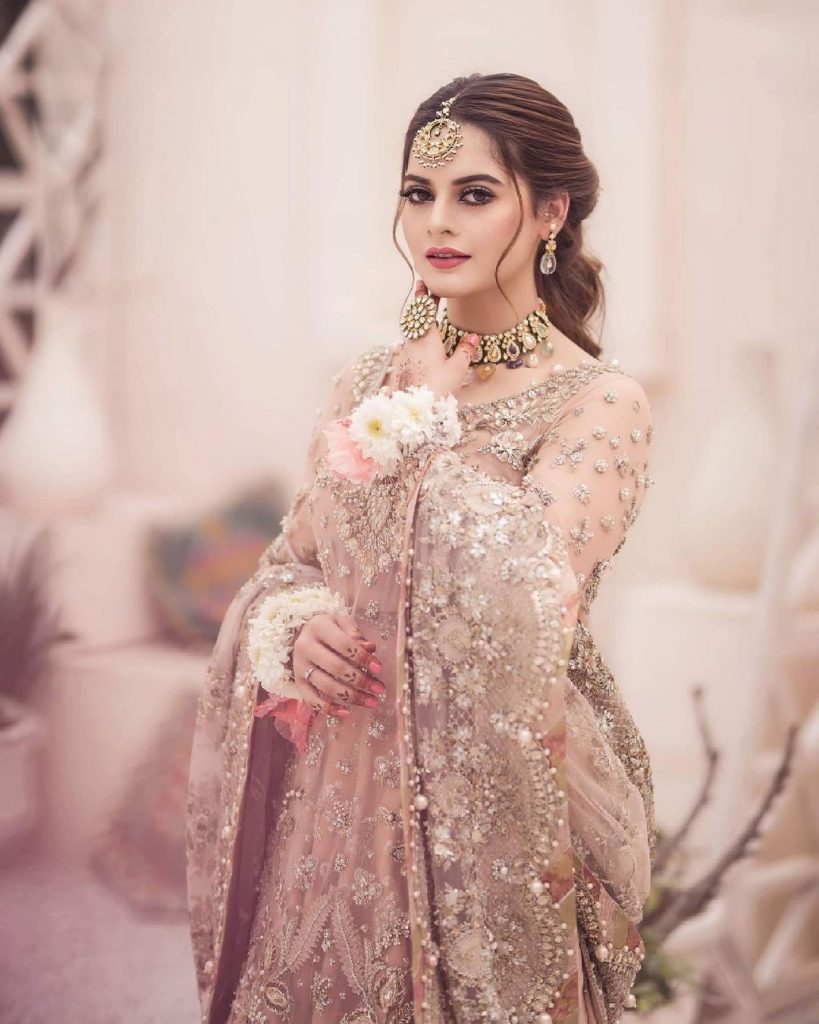 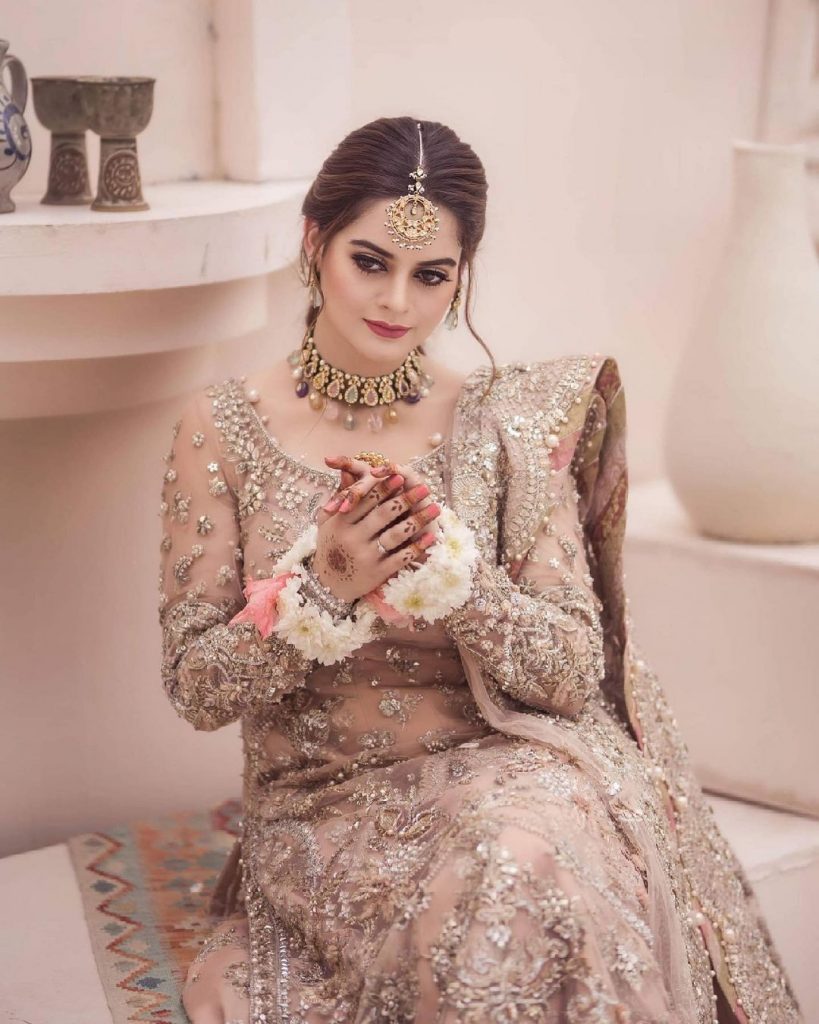 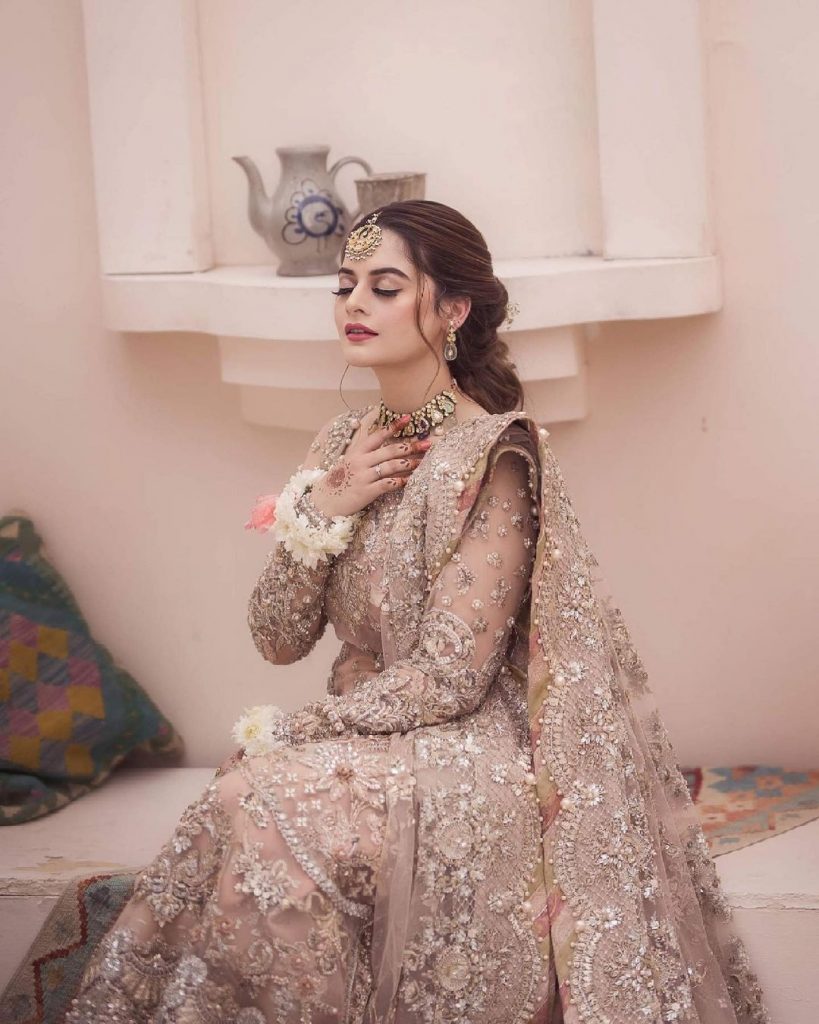 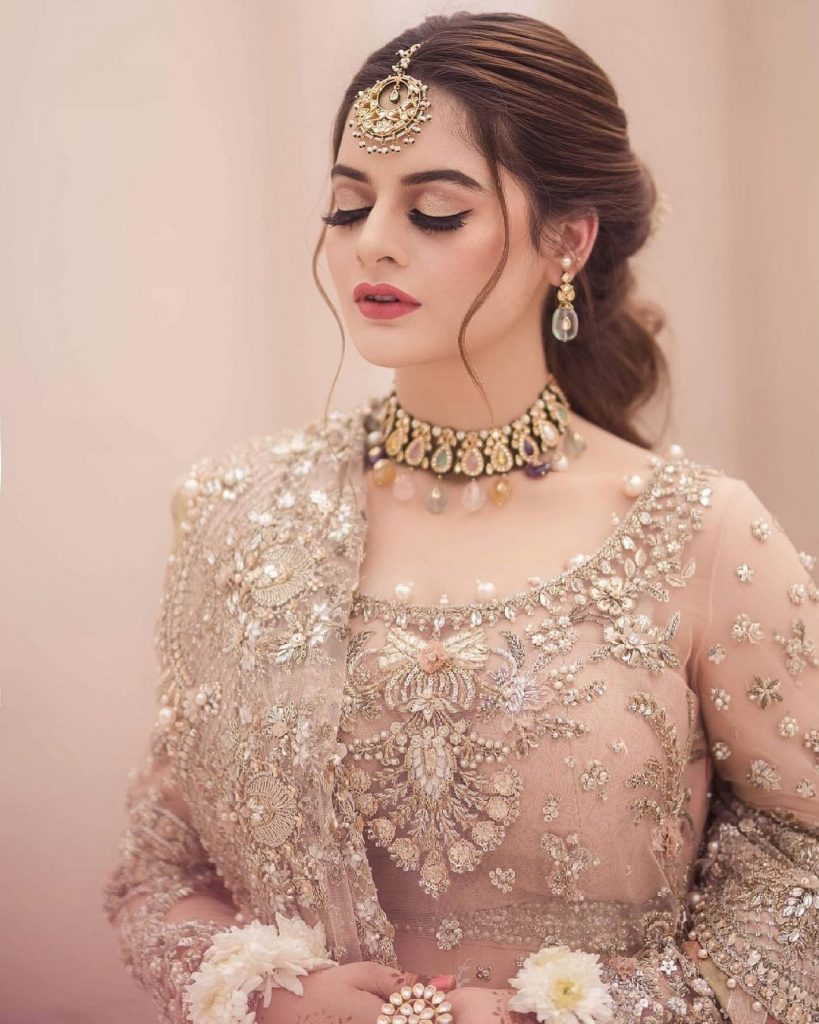