“My Husband Is My Energy And Support” – Fatima Effendi

Fatima Effendi and Kanwar Arsalan are a famous young star couple of our showbiz industry. They are always seen together in talk shows and they love to travel. This star couple was invited to Aplus’ Morning Show Mehakti Morning in which she shared many things about their married life. Fatima Effendi shared,

“I was never the nagging sort but marriage and getting pregnant soon after changed my life in many ways. Normally when girls get married they move to another house and have to adjust to a new family but for me everything changed. I had a very busy life before marriage, I was going to the University in the morning, doing shoots in the evening and was up all night doing assignments. When I was expecting Almir, I left my work and the University had finished too so I was home all day long. It was then that I used to take out all my frustration on Kanwar.”

Kanwar said that their real life love story is very filmi. He said,

“We met on the sets of our first drama together. Gradually I realized that we have a lot in common and I really liked her but she was very young at that time and I did not want to hurt her in any way. We were separated and out of touch for a long time after that.”

Fatima Effendi said that Kanwar is very unexpressive and she was the one who had to push him to reveal his feelings. Fatima said that they were best friends but she told Kanwar that they could only continue being friends if he revealed his real feelings for her. Kanwar said,

“That is why I backed out because I was not ready to get married. But when we were apart for a few days I realized that this is the girl I want to spend the rest of my life with.” 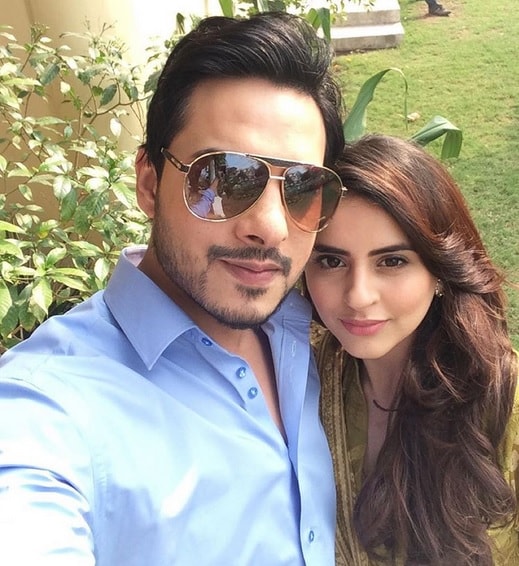 Kanwar and Fatima shared everything in a very frank way. The Morning Show was very interesting.