Nadia Khan has been in the industry for a very long time. People have seen her grow in life professionally as well as personally. Nadia Khan went through a bad marriage before she found love in now husband Faisal Rao. Faisal Rao is an ex-Airforce officer. Nadia Khan got married to Faisal two years ago and the pictures went really viral as her fans wanted to know more about the new man in her life. 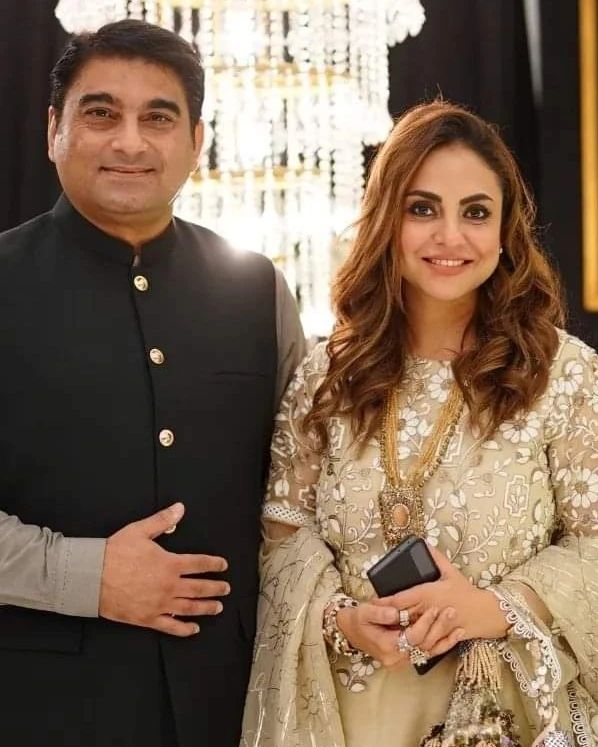 Though the couple came under a lot of scrutiny, they have been going strong and their love has grown in the two years they have been together. The two have a blended family and their kids are also very supportive of their marriage since day 1. It was their second anniversary which they celebrated at Nida Yasir’s show: 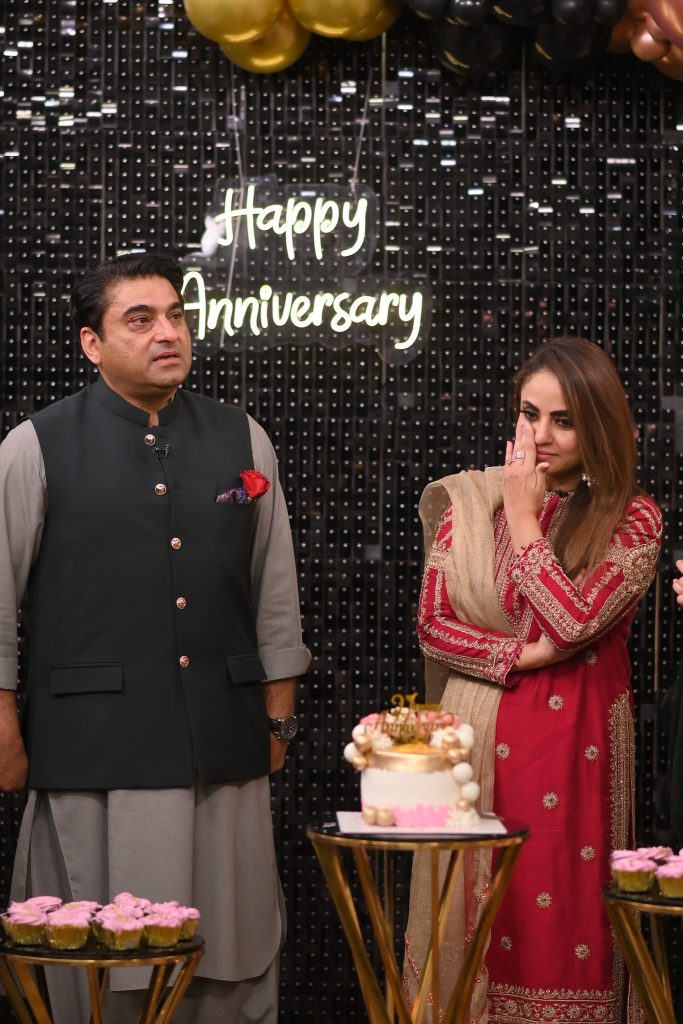 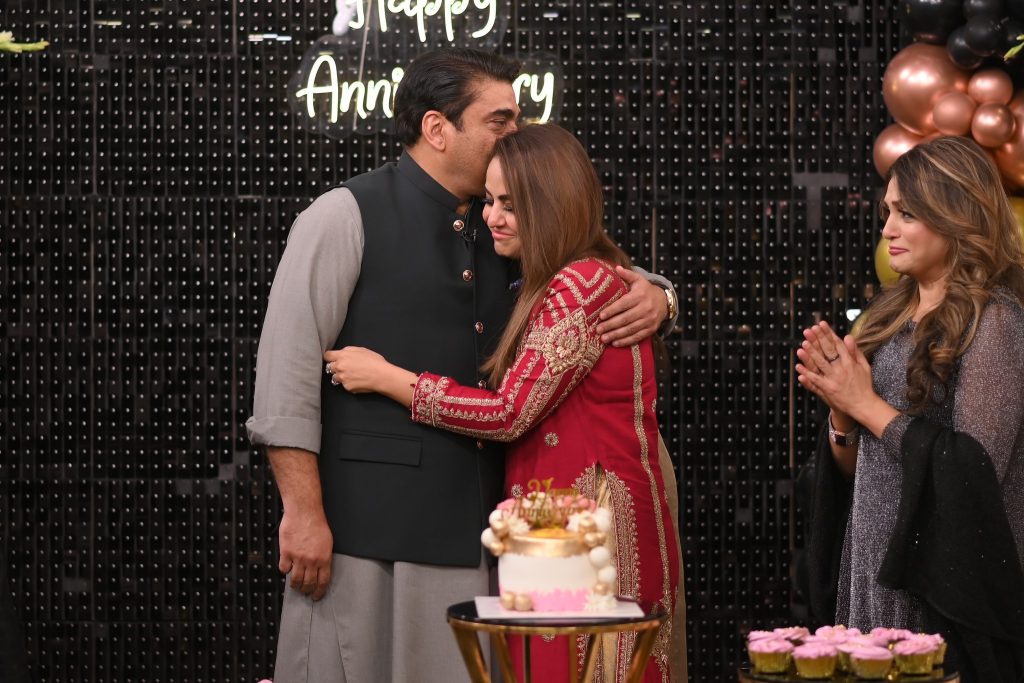 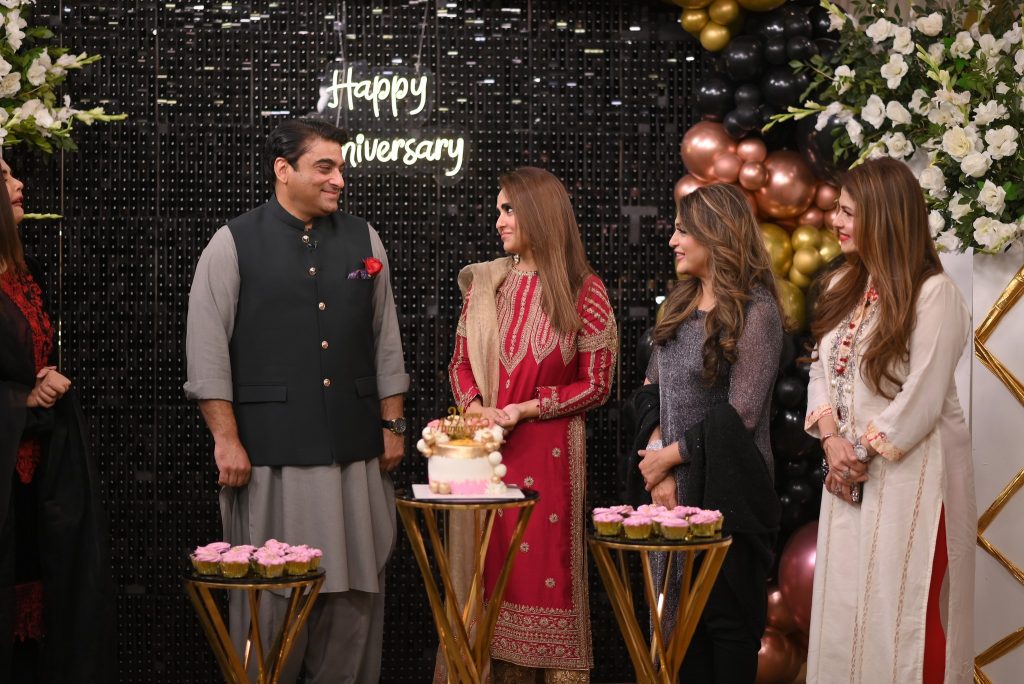 The two shared their feelings for each other before cutting cake for their anniversary. Nadia Khan got emotional and thanked her husband for accepting her as she is while Faisal also had tears in his eyes and said that he is thankful that Nadia has understood him. This is what Nadia and Faisal had to say to each other as they both got emotional: