Nadia Khan is an outstanding and experienced Pakistani actress and host. Her claim to fame drama was Bandhan with Nauman Masood which was a block buster show of its time. She also has a YouTube channel with prominent subscription. 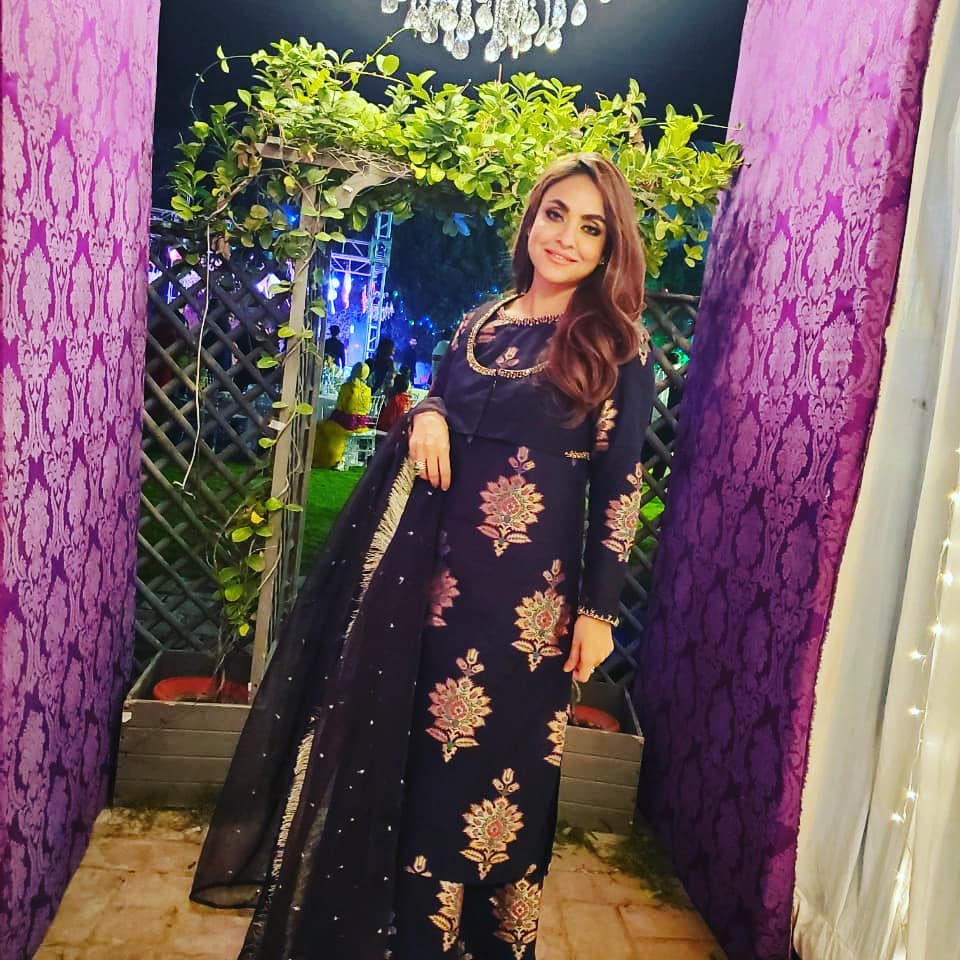 Recently she has got married to Squadron leader Faisal Rao. The host and actress is a very famous in Pakistan. Her fame increased more after her comeback in Television. 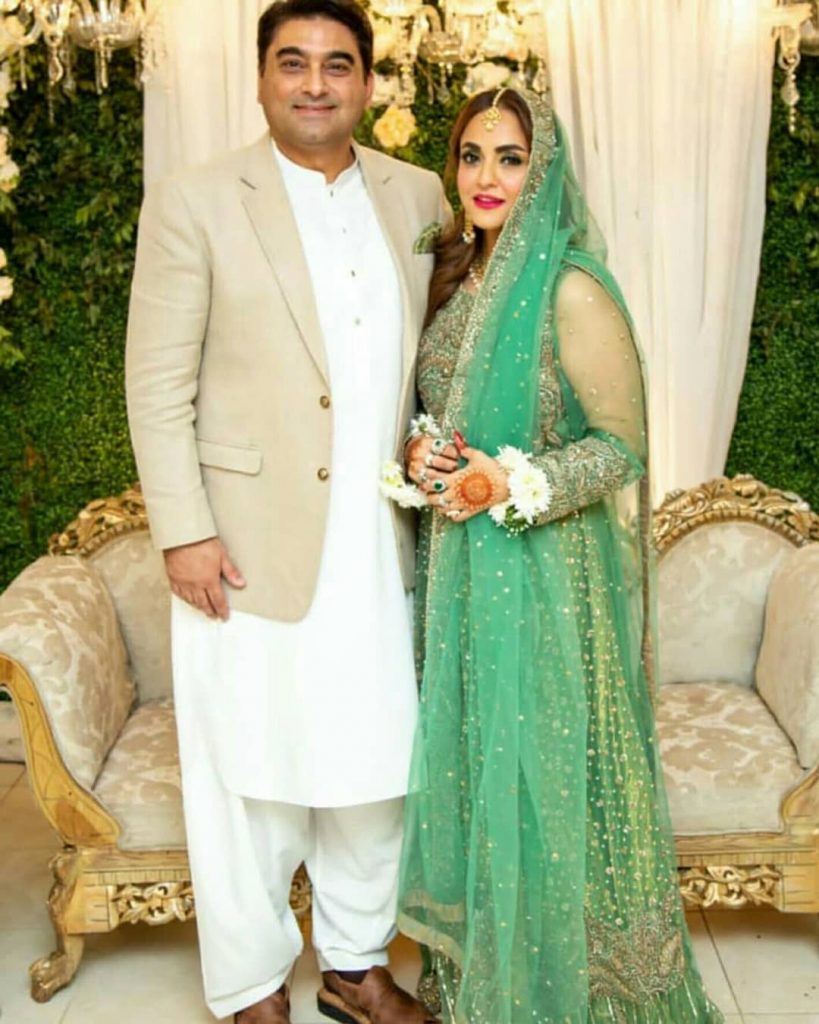 She did Kam Zarf, Aesi hay Tanhai and Dolly Darling. She did a game show for bol TV and now a days she’s doing morning show on PTV Home. 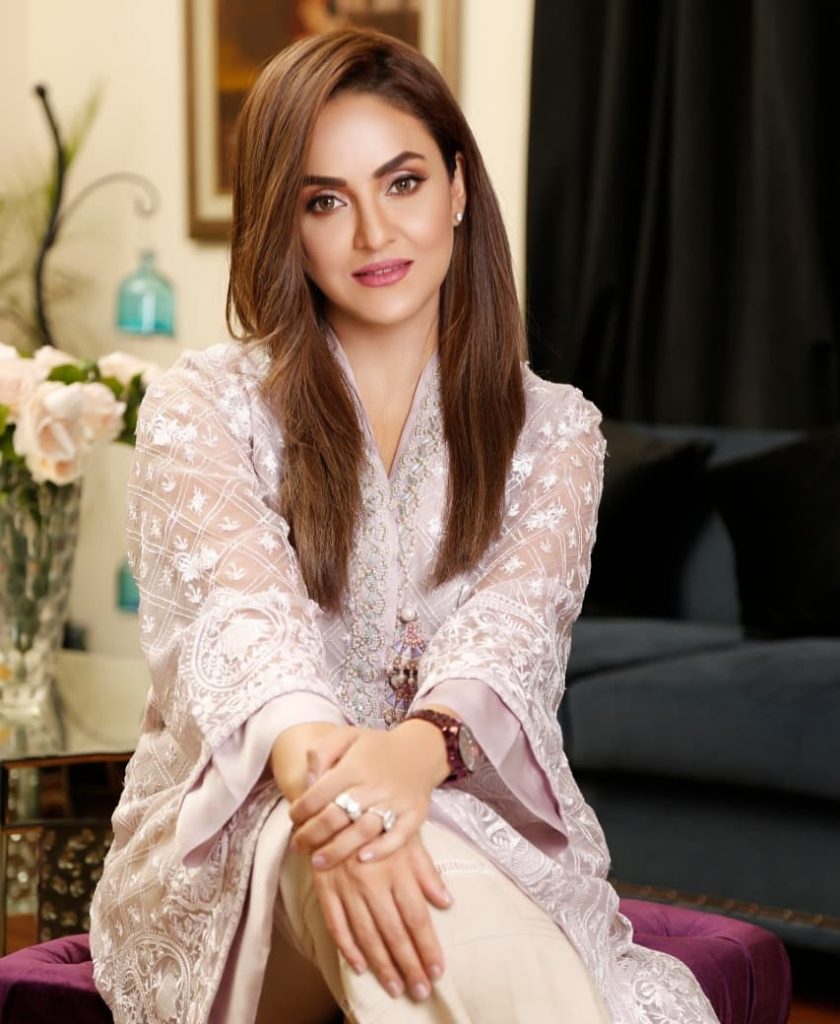 She is beautiful and elegantly dresses up for the morning show. Here we have collected a few of her looks from the show. 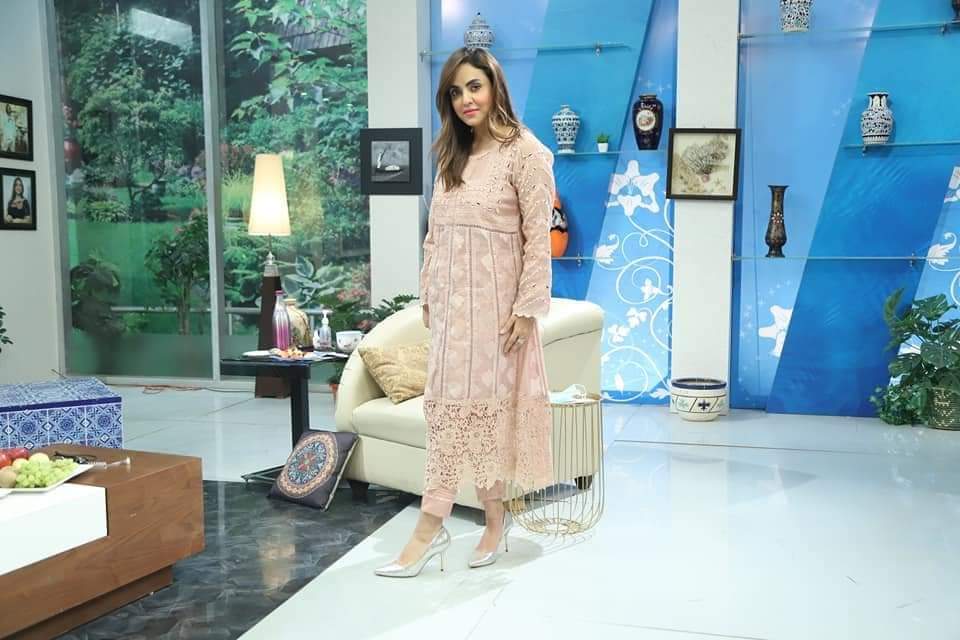 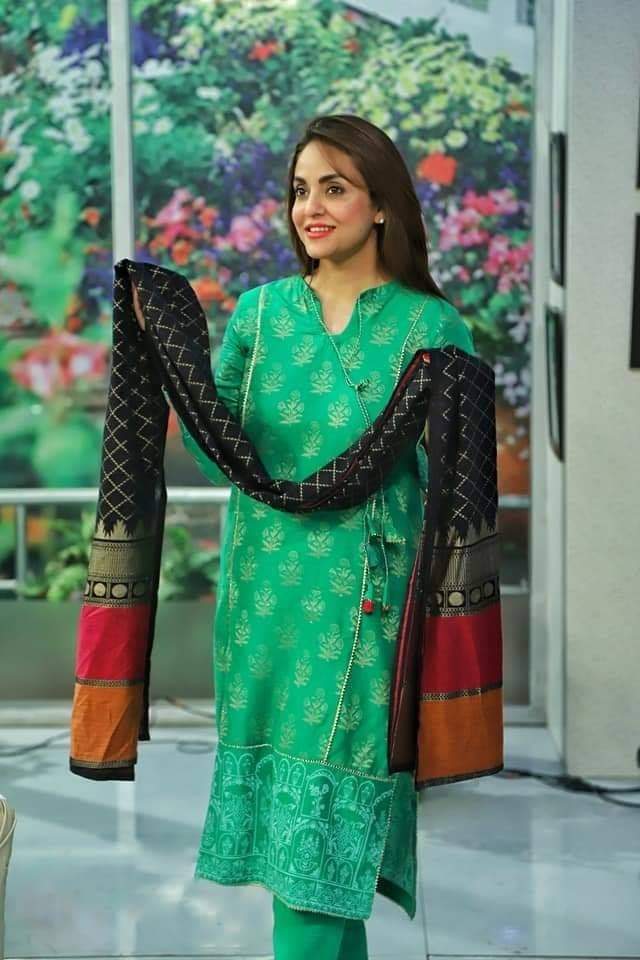 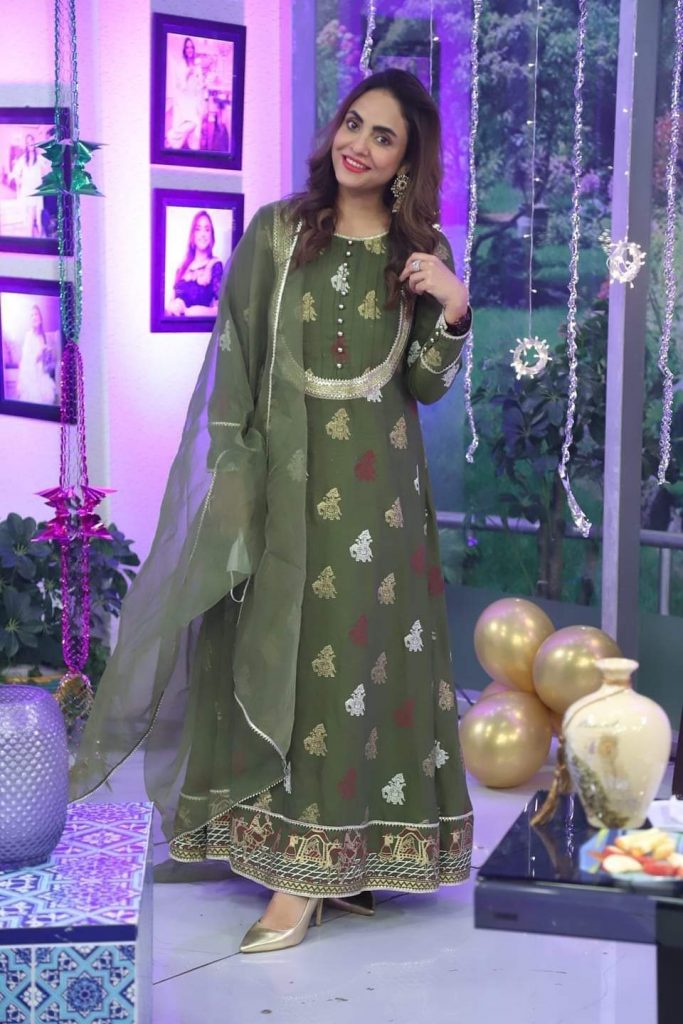 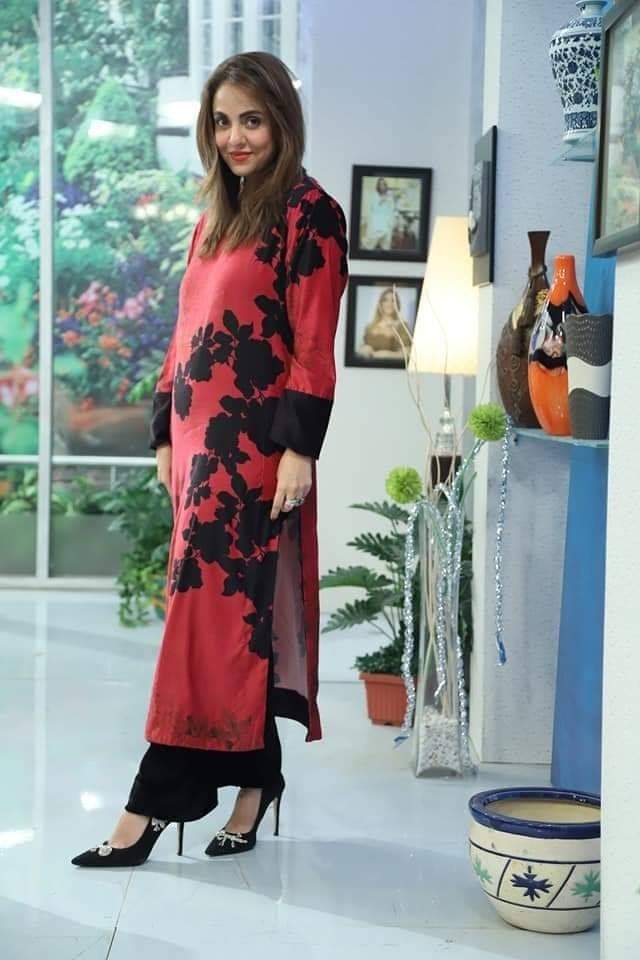 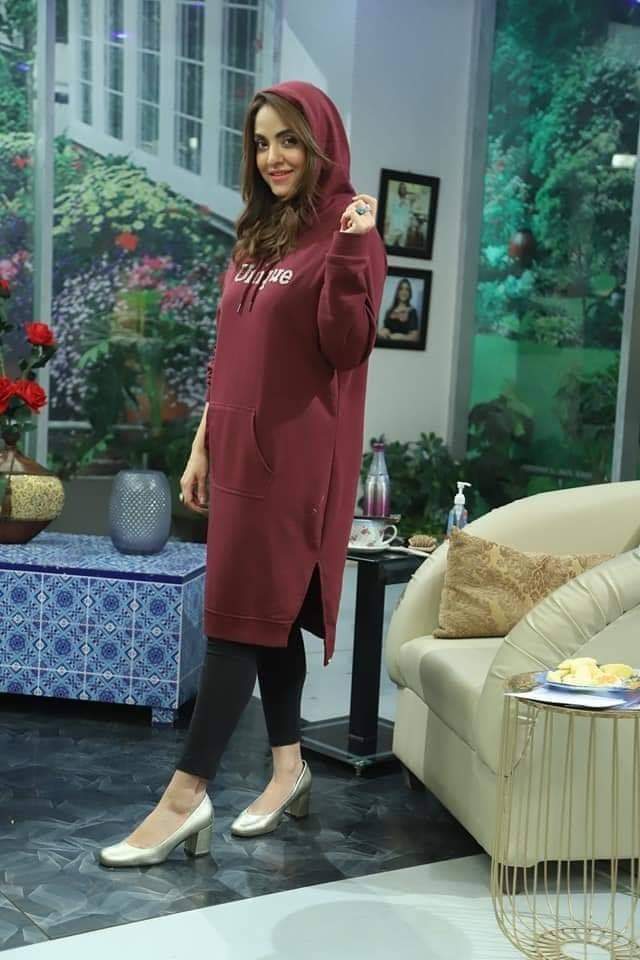 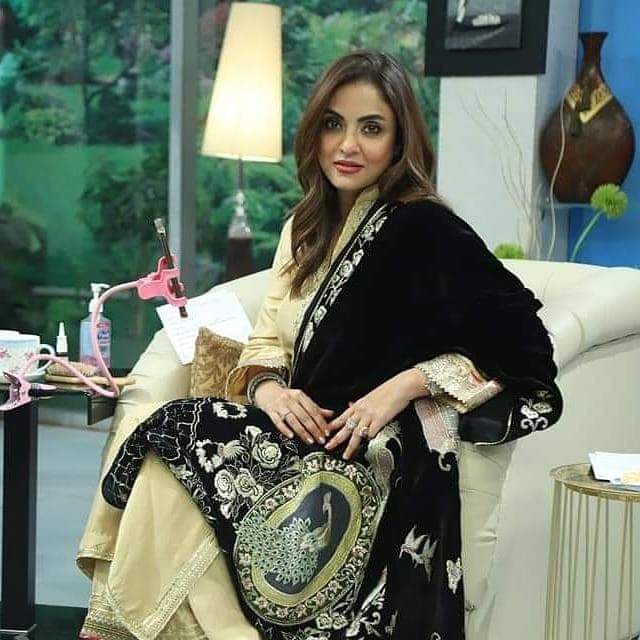 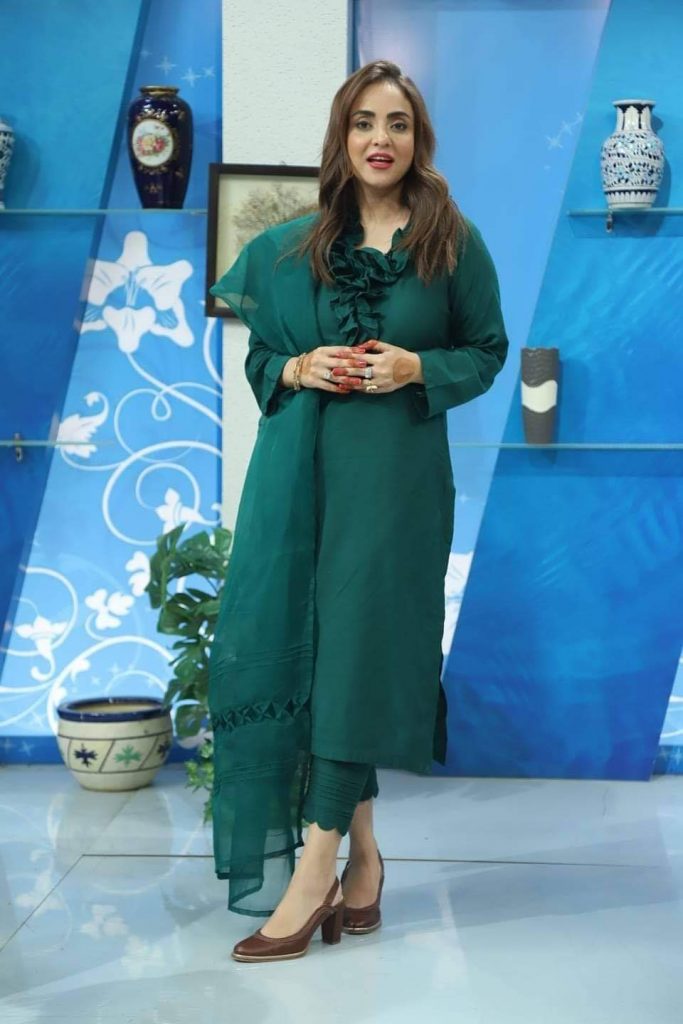 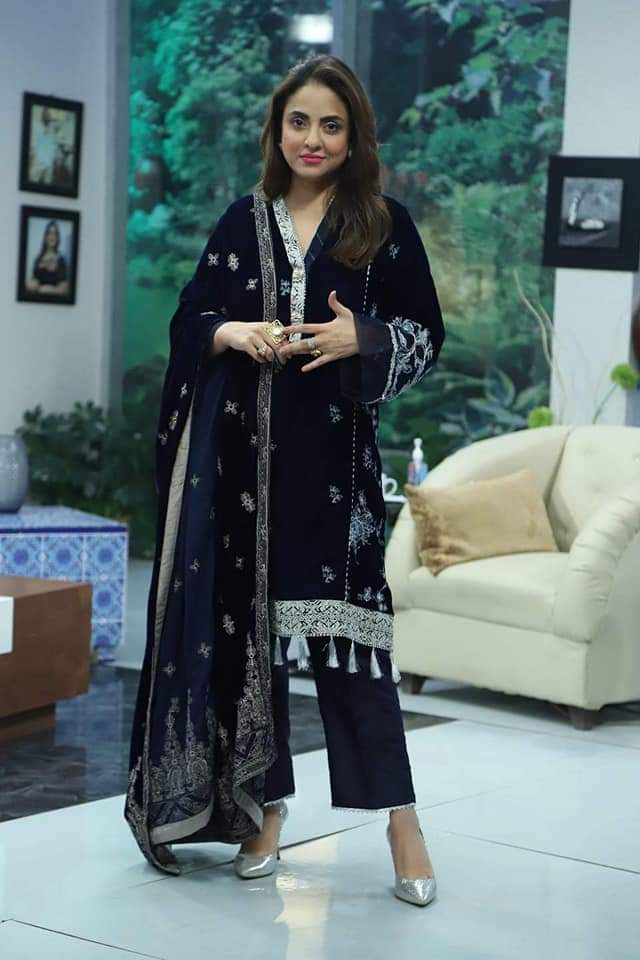 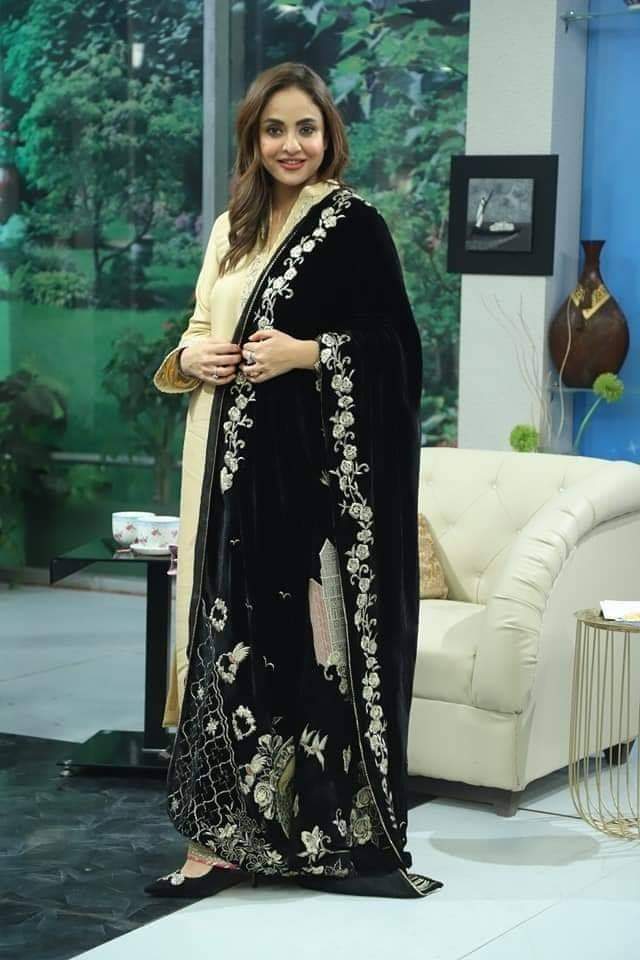 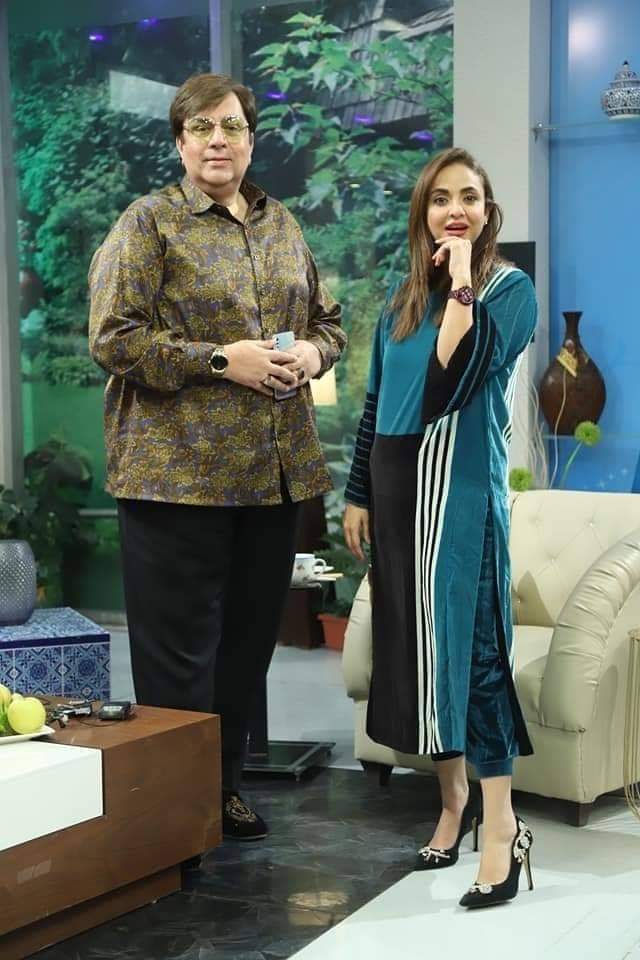 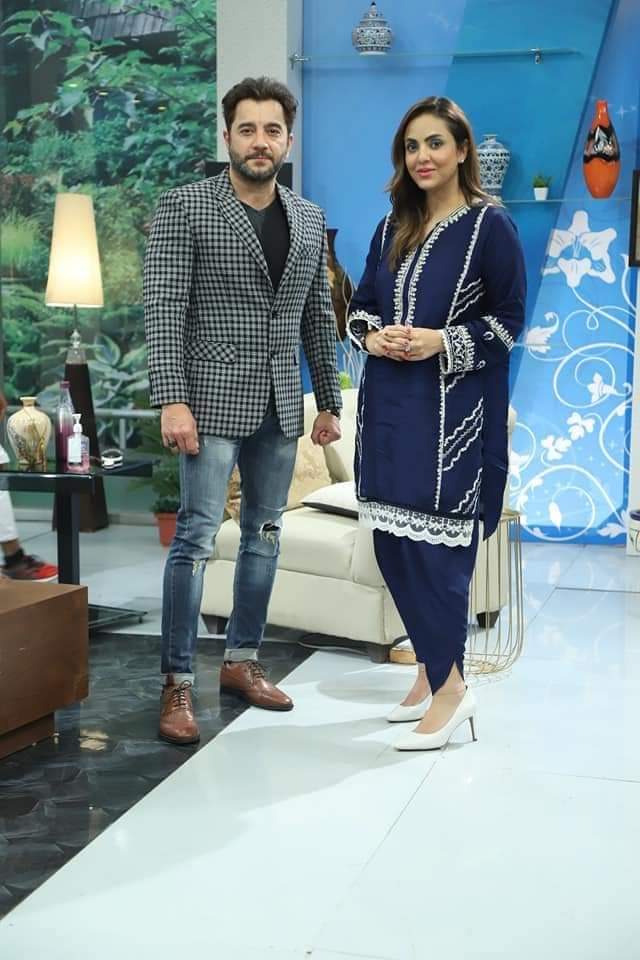