Naima Khan is a senior Pakistani television actress who had done many hit dramas in past. A few years ago she made her comeback on television from drama Alif, Allah Aur Insaan. She is known for her roles in dramas Tum Mere Kya Ho, Saya-e-Dewar Bhi Nahi, Shehnai, Yaqeen Ka Safar and Yeh Dil Mera. 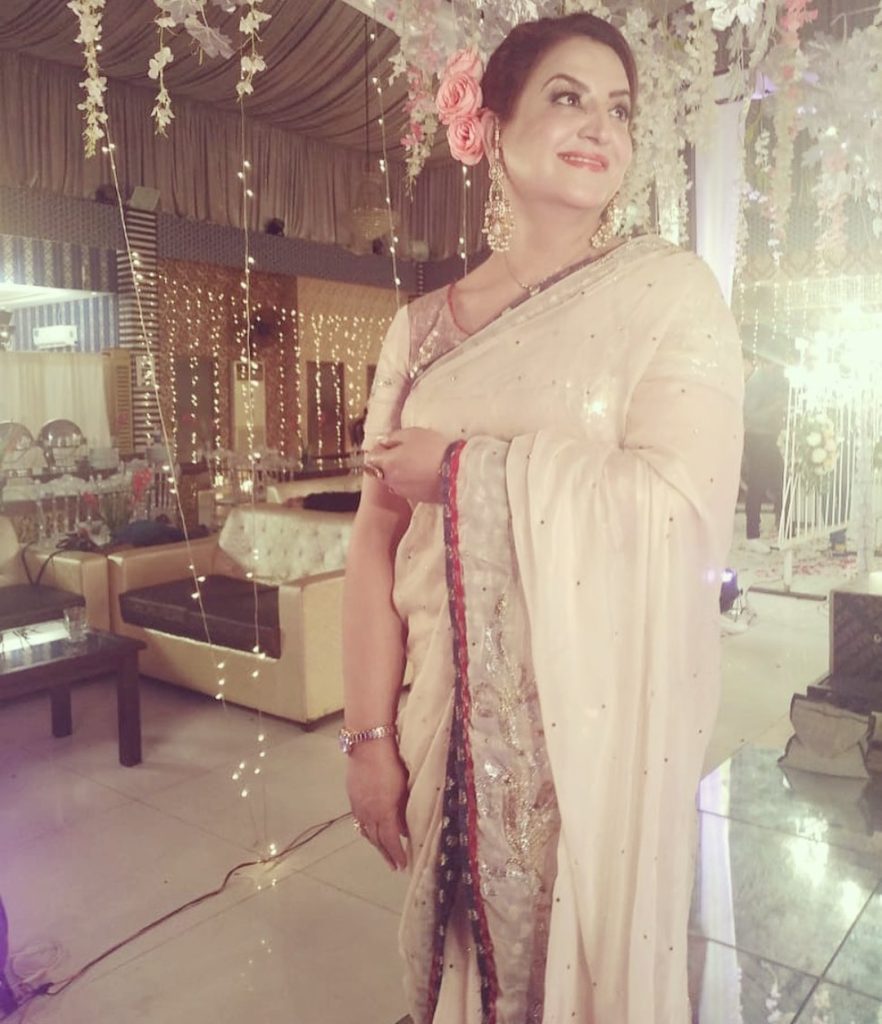 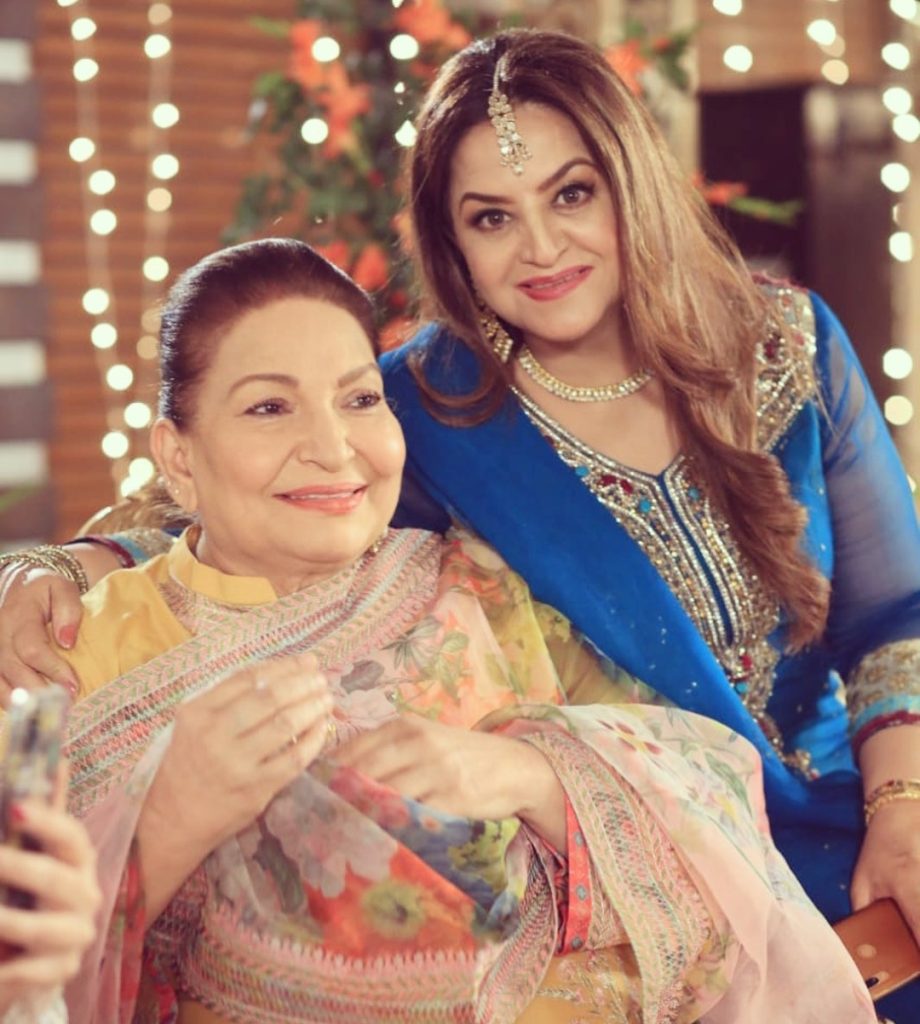 Lately, she made headlines after her rude statement on obese people and actresses, which went viral and public bashed her, the actress, however said that her intention was not wrong. The actress just posted a picture which captioned, “And Allah Knows, What’s in every Heart”. She also said that she is sorry as she did the make a mistake and people learn from their mistakes. 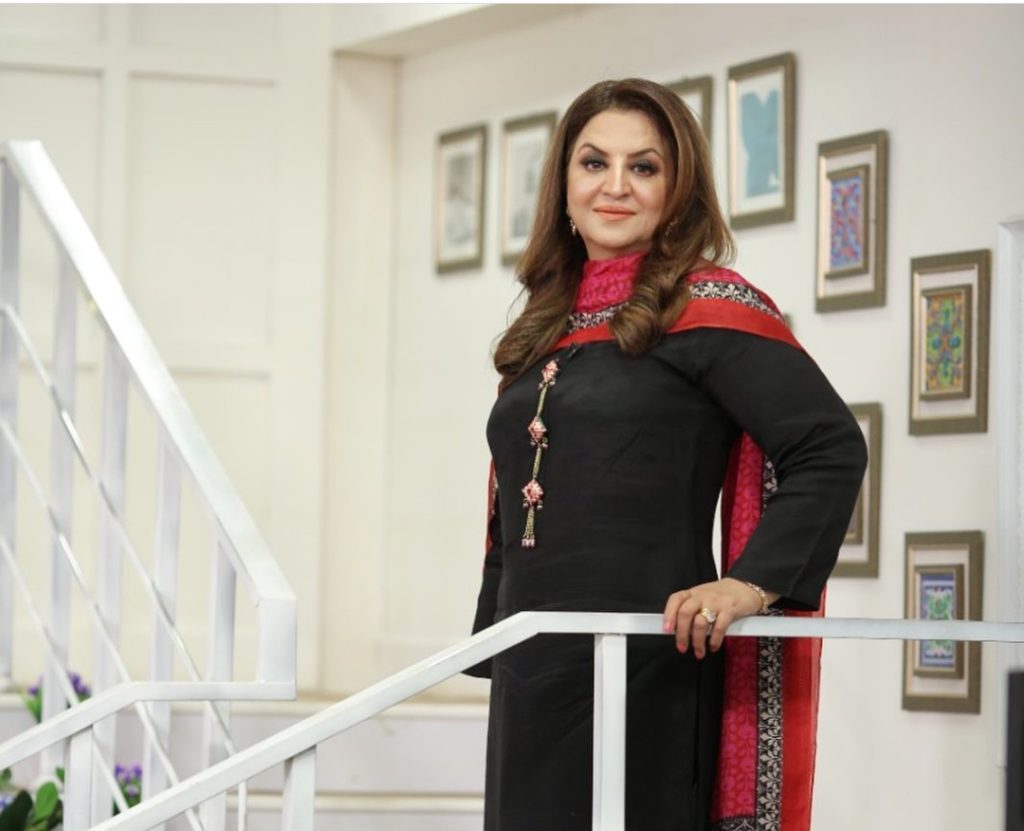 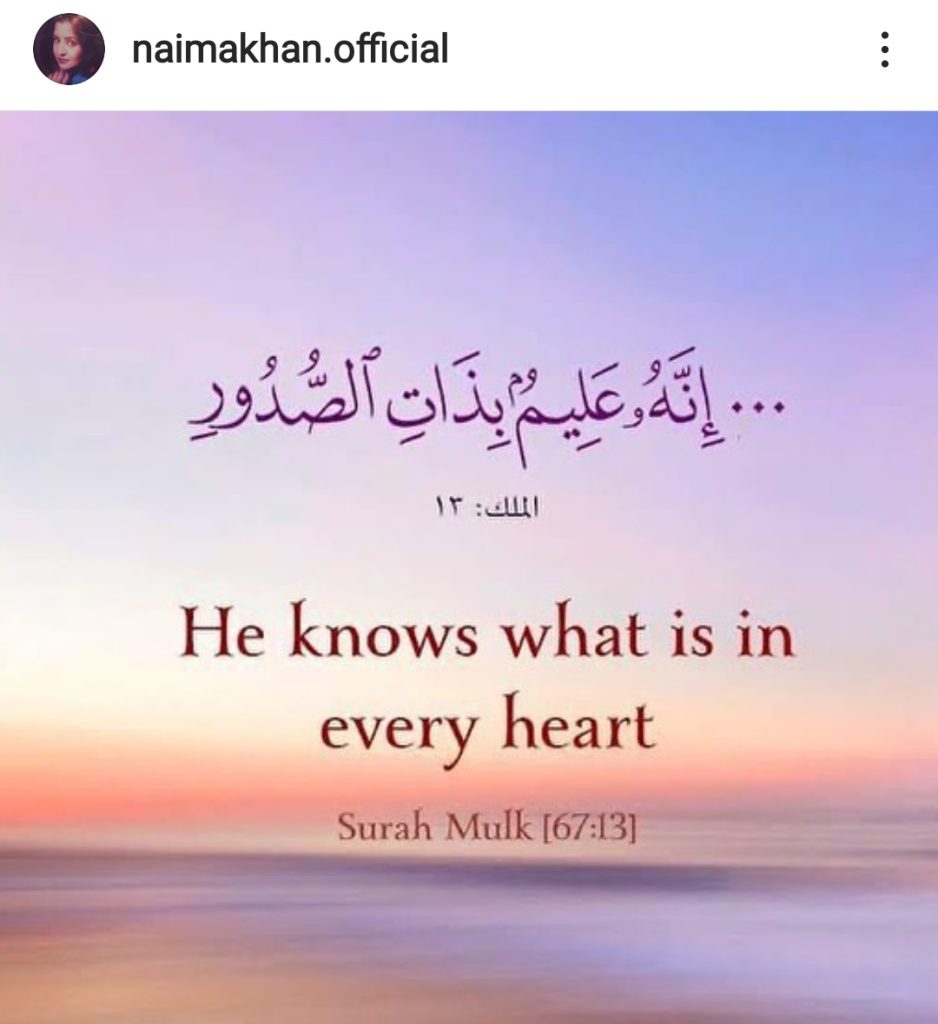 The post was also responded well by the fans. They said that Nida Yasir has done her job by getting her views in a smooth manner. They also said that despite her right intentions, her choice of words and explanation was rude. Fans said, “sometimes things happen but you should be careful with words”. A few fans praised her too and criticized the pattern of morning shows especially Good Morning Pakistan. Fans also loved her apology and said that she’s example of purity. Here are comments. 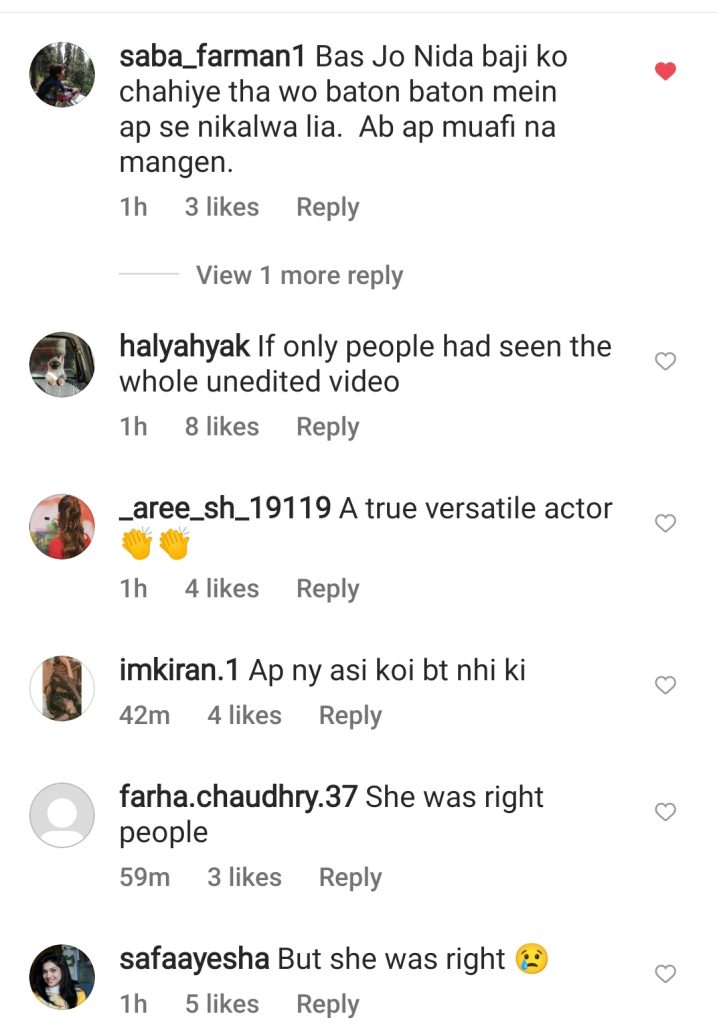 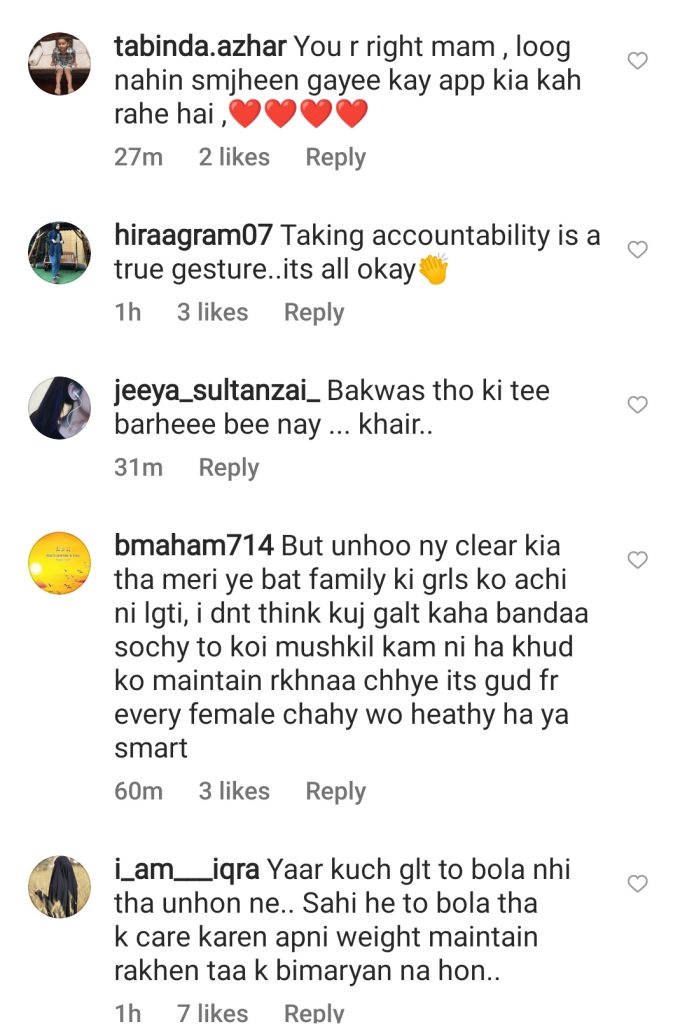 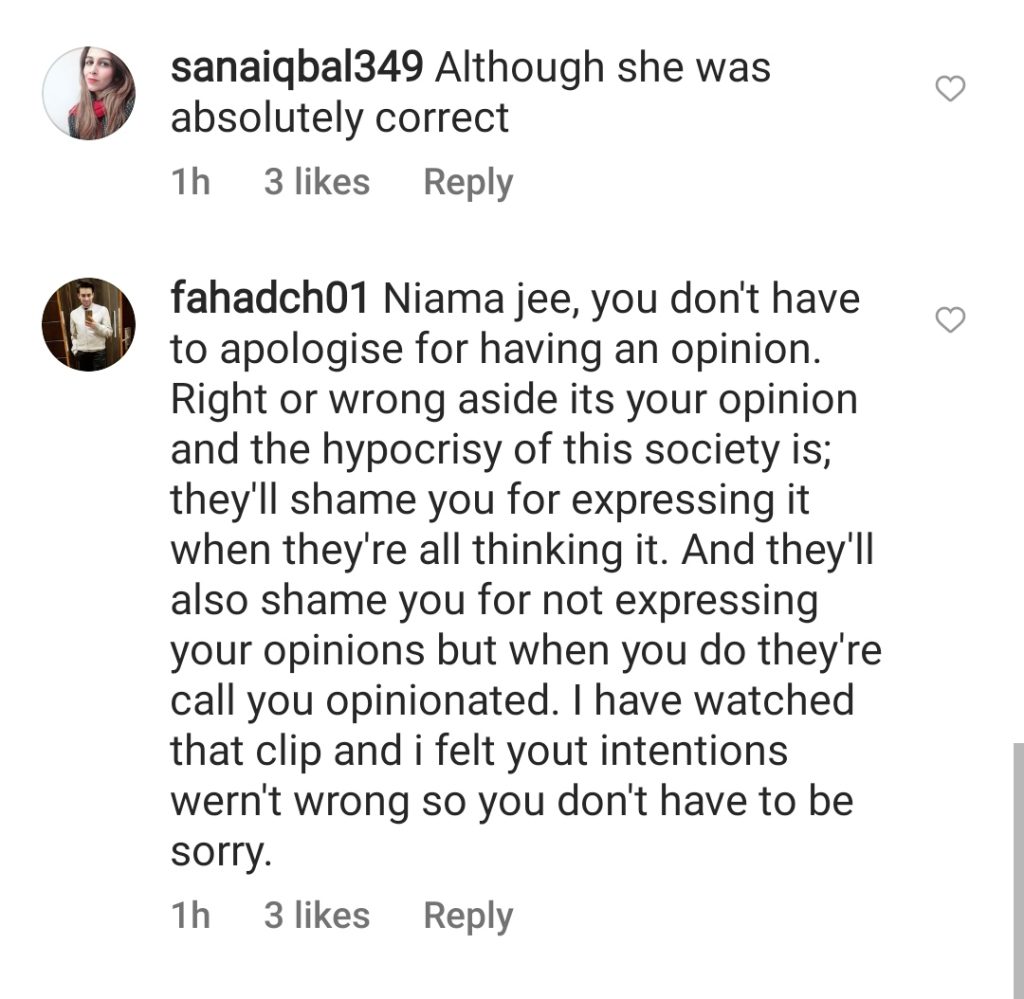 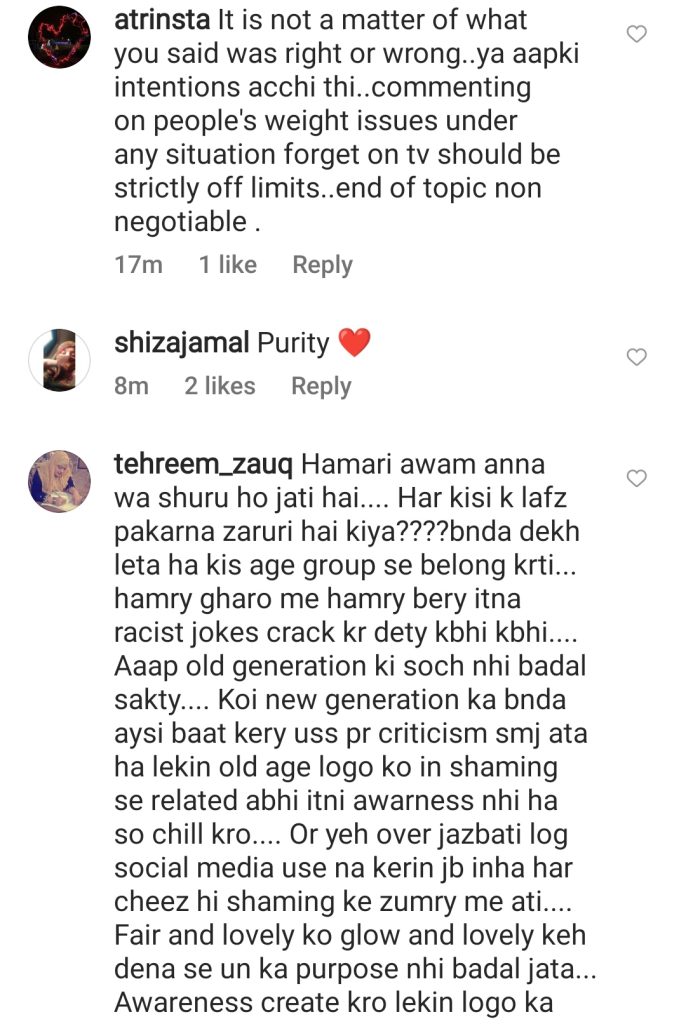 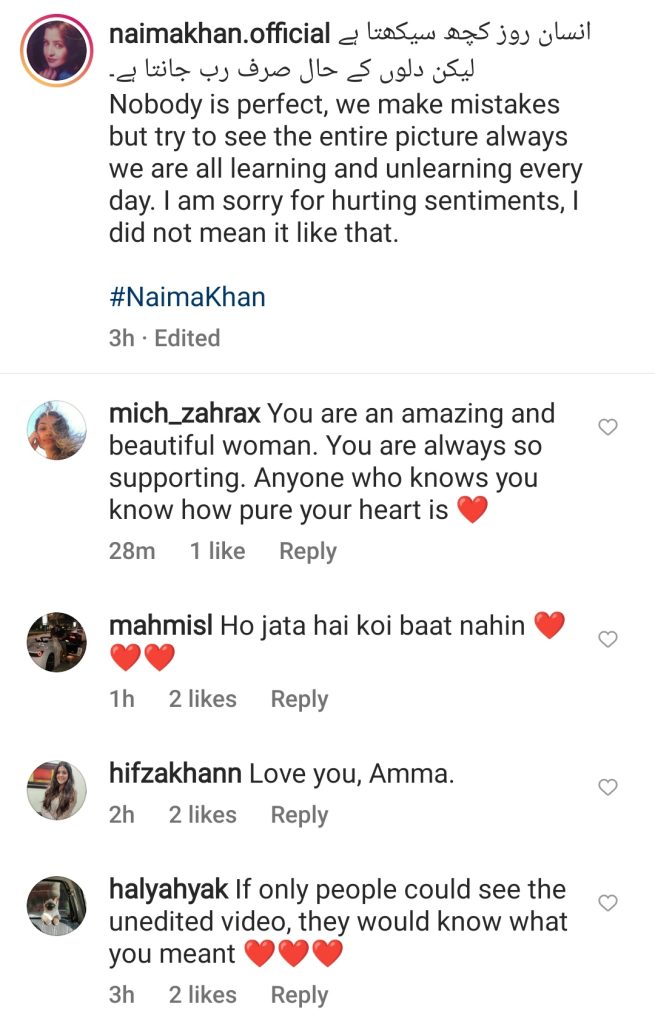 In her interview in Good Morning Pakistan said that she gained weight because of Hypothyroidism. While talking about her weight loss journey the actress passed a few rude remarks about over weight people. She said that she doesn’t like overweight people. Here is the video where she talked about it .