Naimal Khawar Khan is a beautiful Pakistani actress who did one drama and a feature film and became the prominent name in Pakistan. Later on, she got married to Hamza Ali Abbasi and together they have an adorable son.

Naimal Khawar khan often poses with family on different occasions. This time on the third day of Eid Naimal has posed with her sisters and her kids and posted the pictures for her fans.

Here are the beautiful pictures of Fiza Khawar and Naimal Khawar with adorable Mustafa Abbasi and kids from Eid third day. 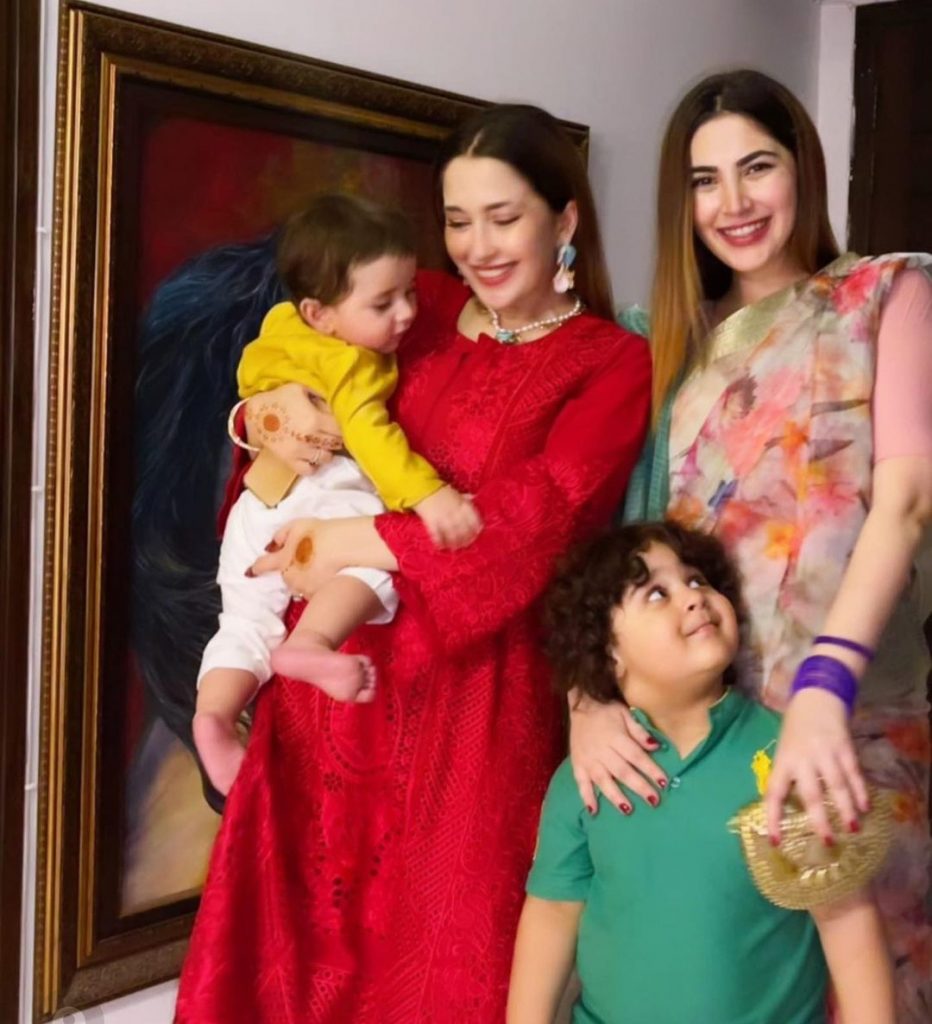 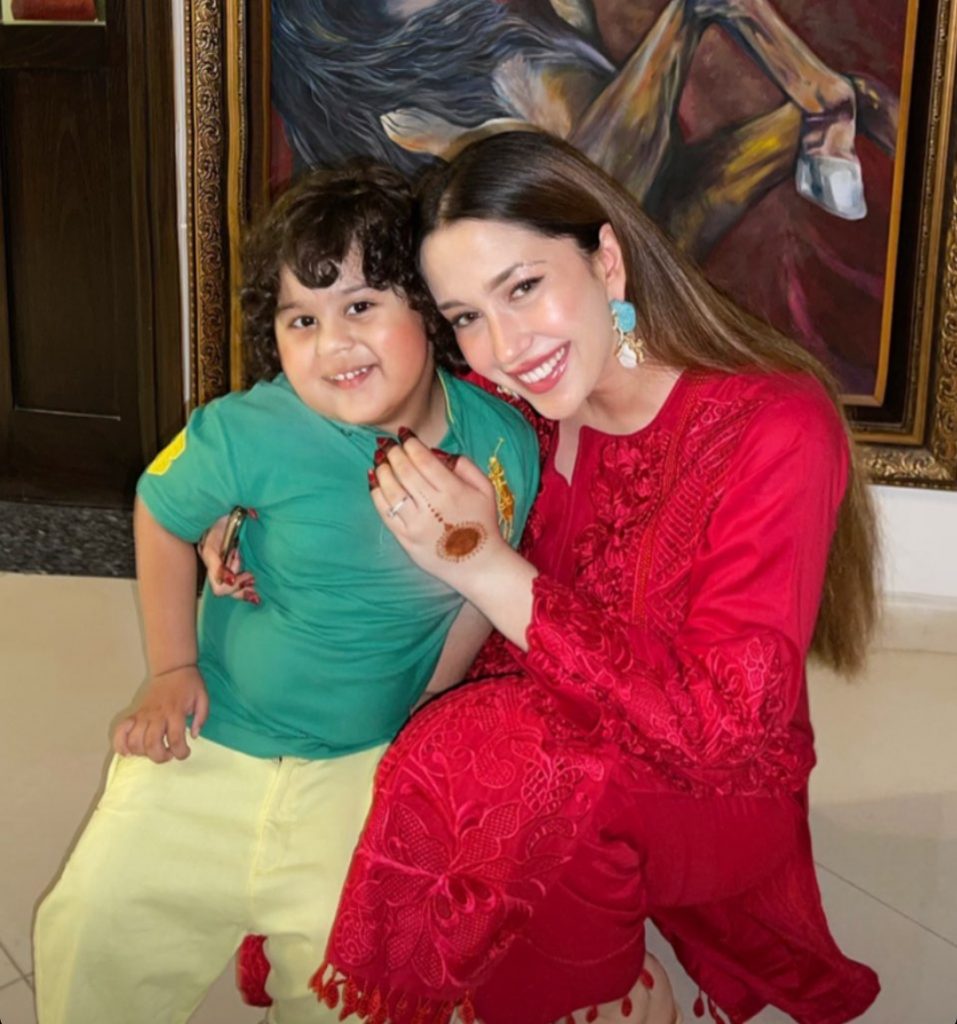 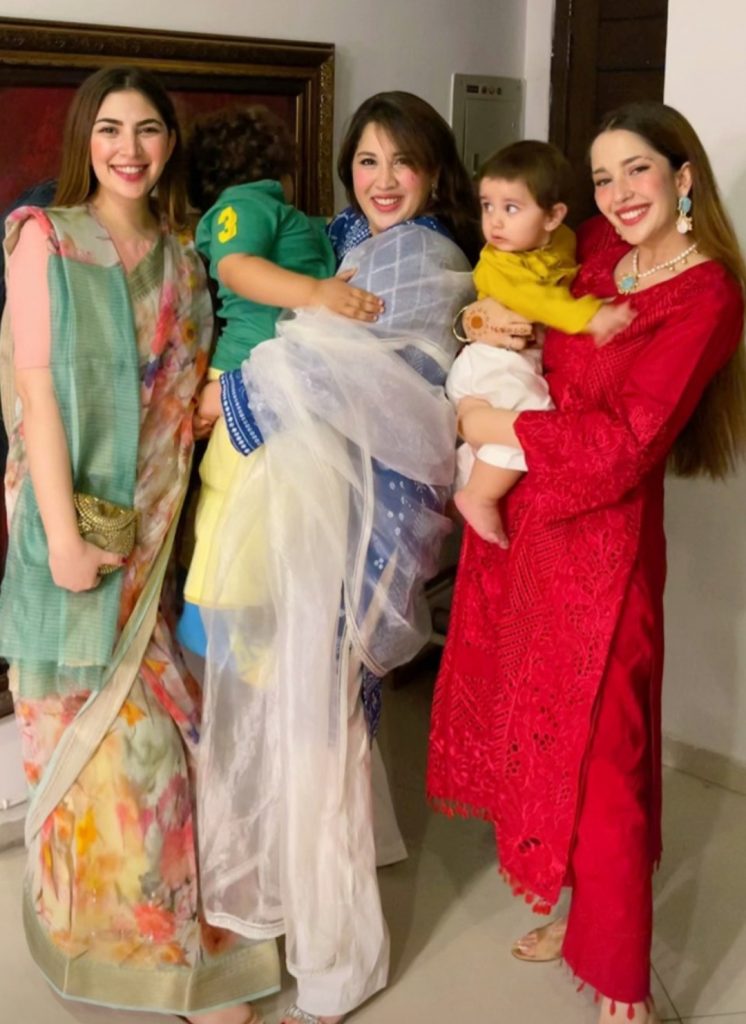 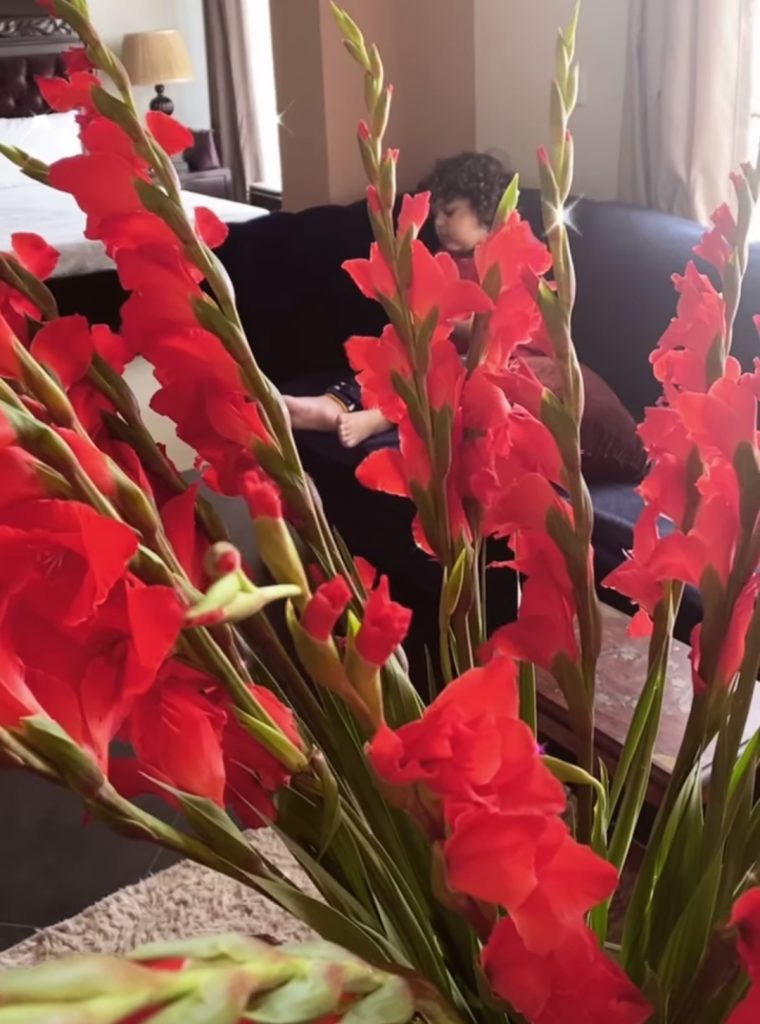 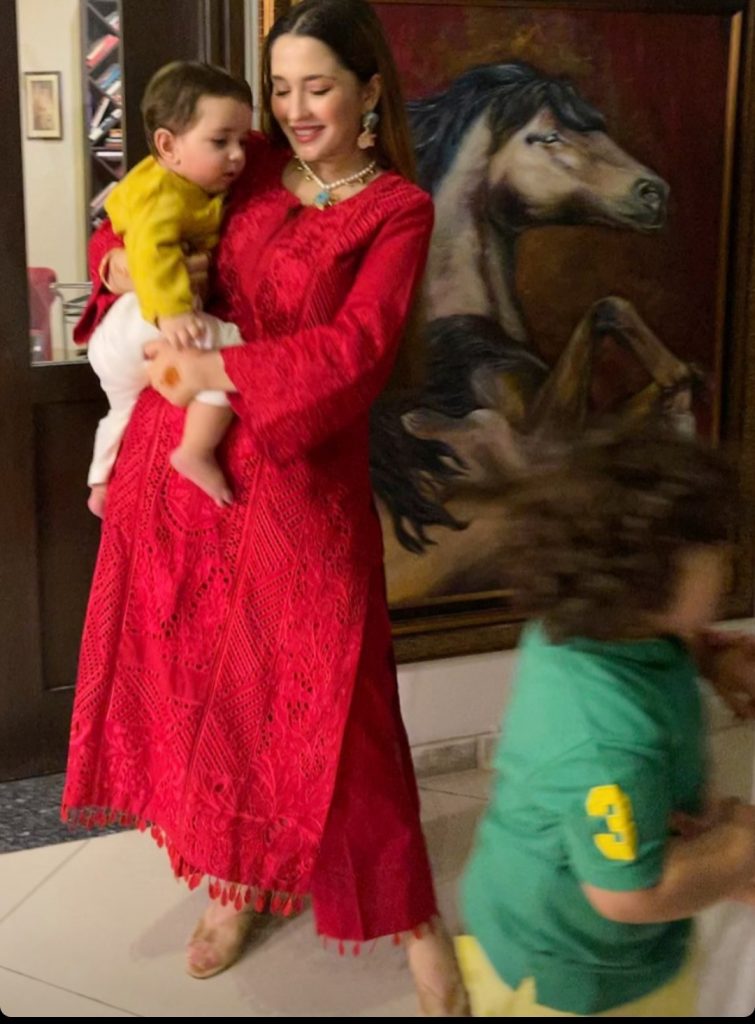 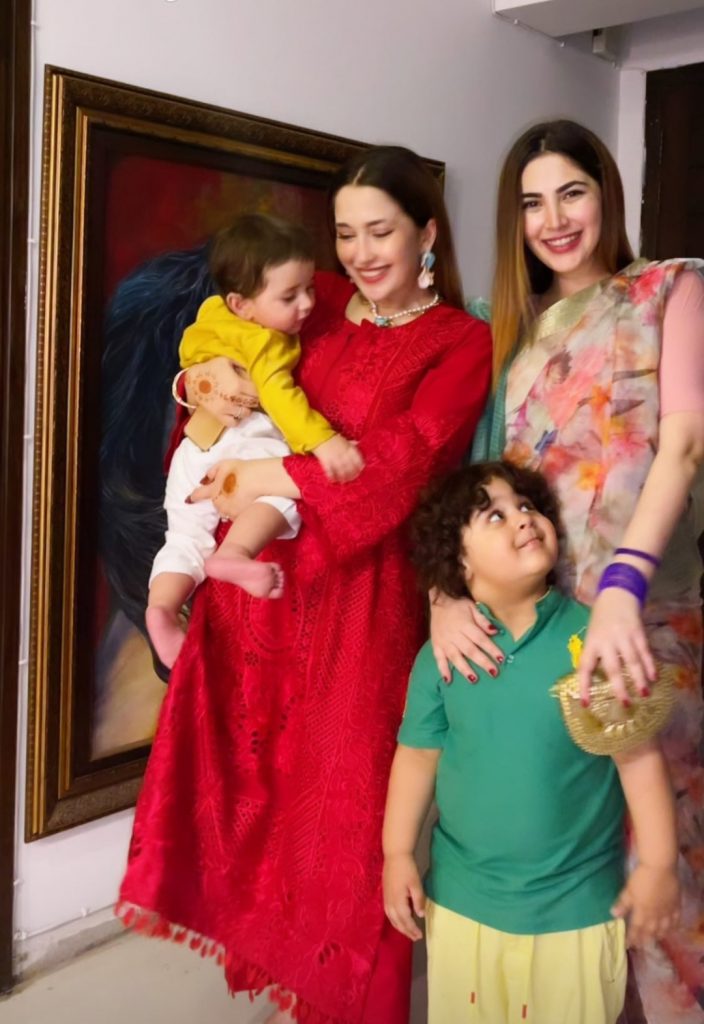