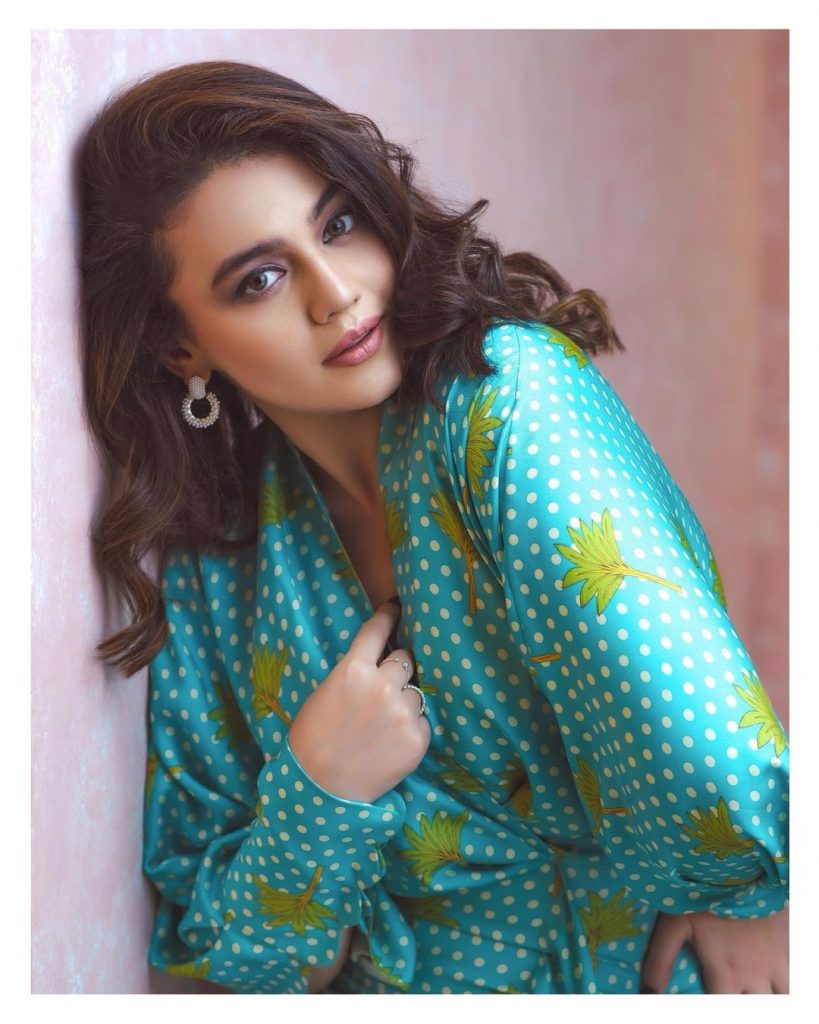 Zara Noor Abbas was out of sight for quite a while and her fans were wondering about the reason. Later on, Zara Noor Abbas shared some pictures from her friends get together in which Zara’s baby bump was slightly visible. 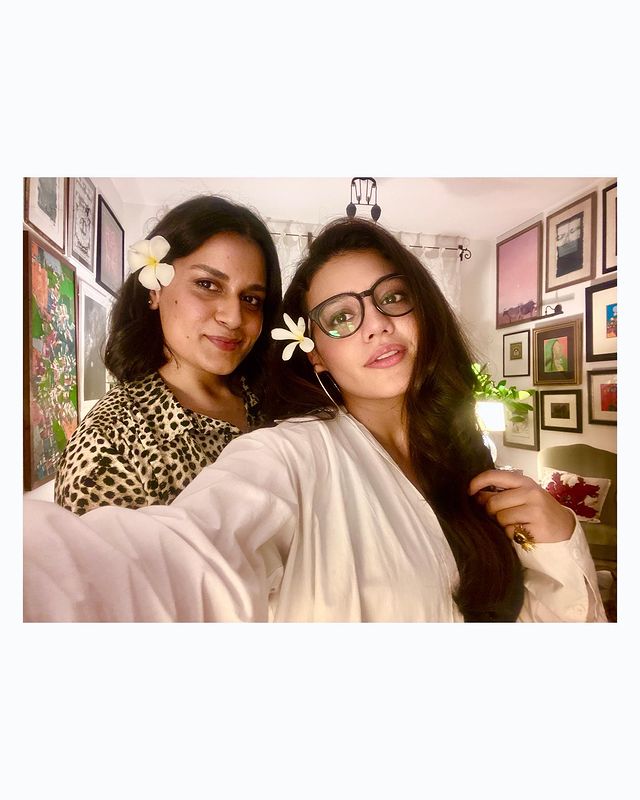 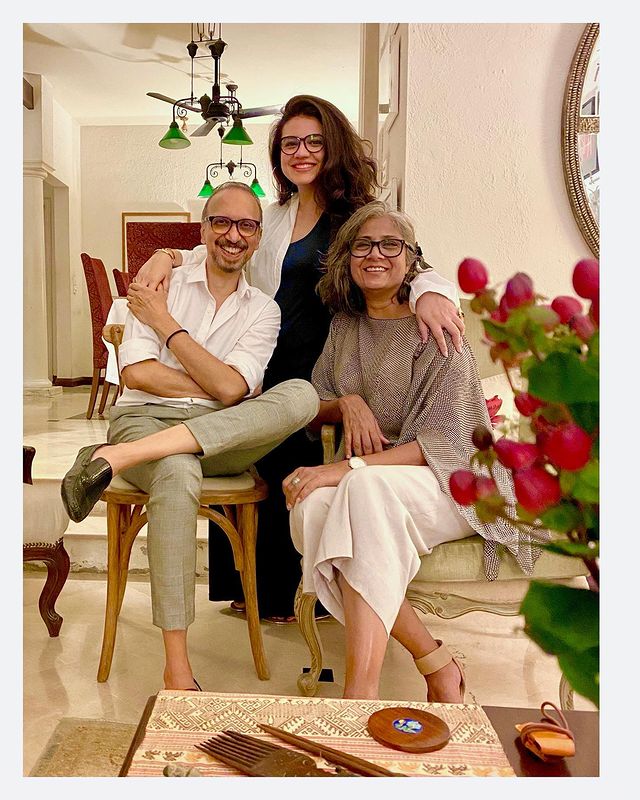 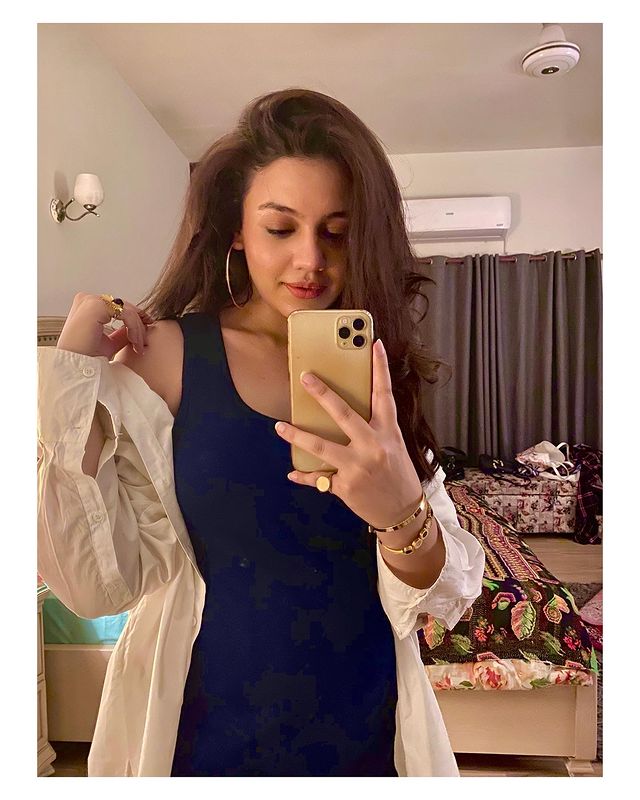 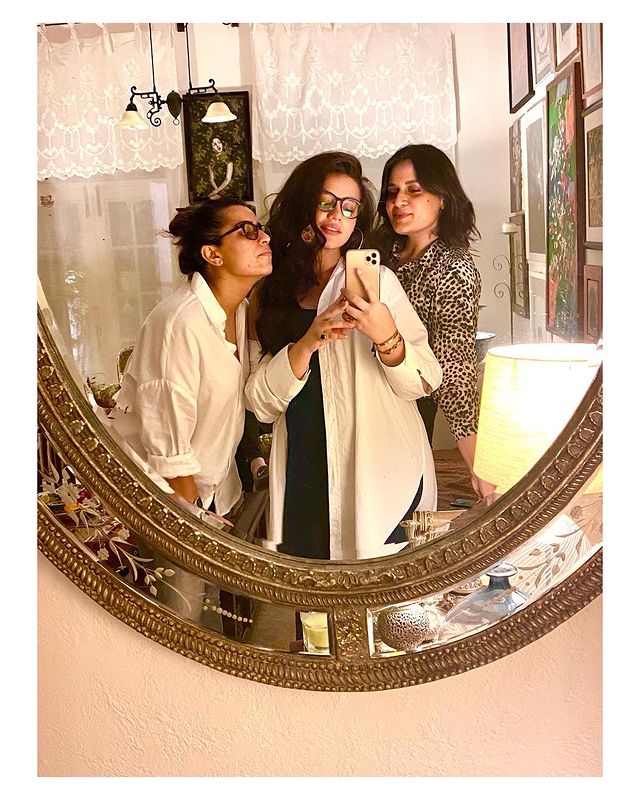 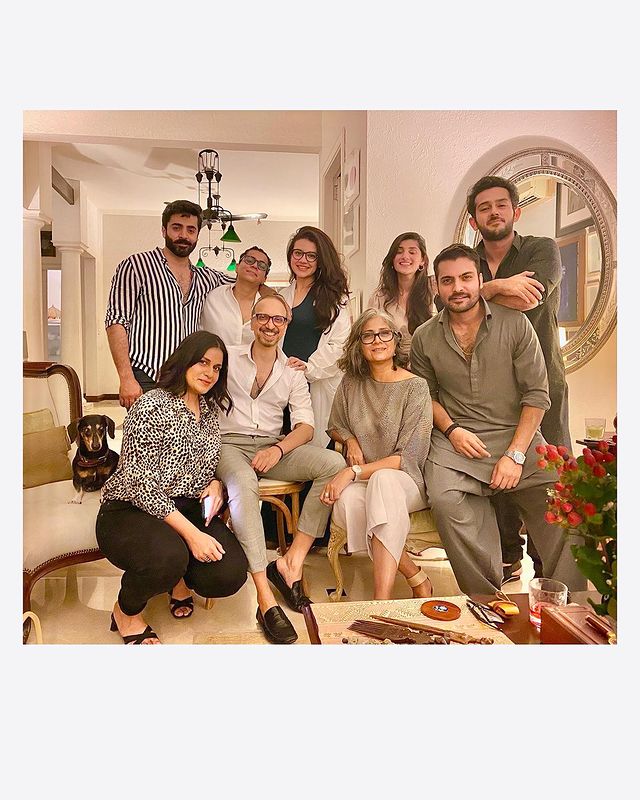 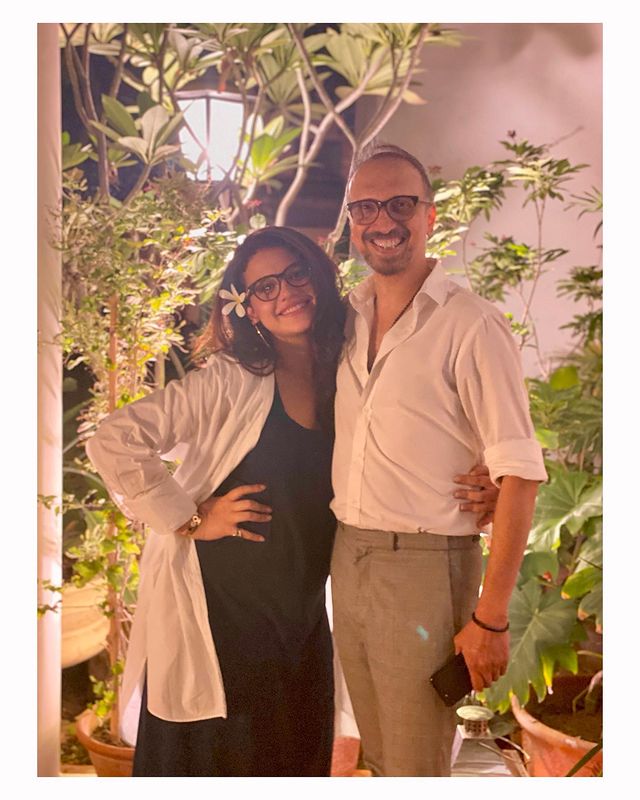 As soon as her pictures went viral on social media, Netizens speculated that the couple is expecting their first child. Let’s have a look at some of the comments below. 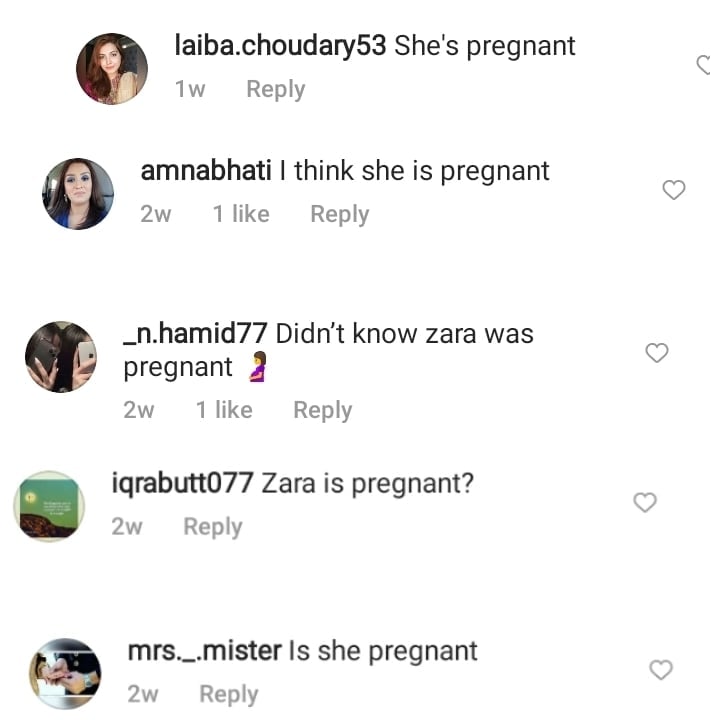 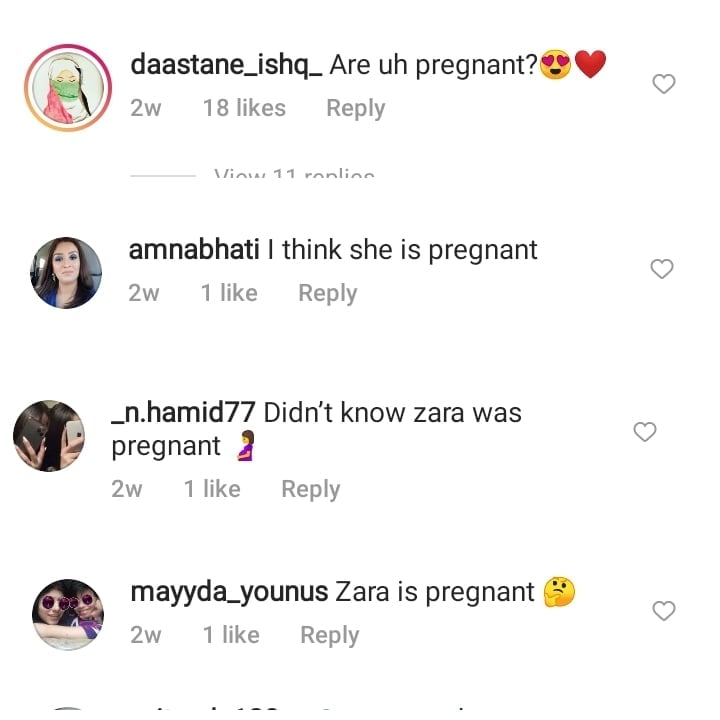 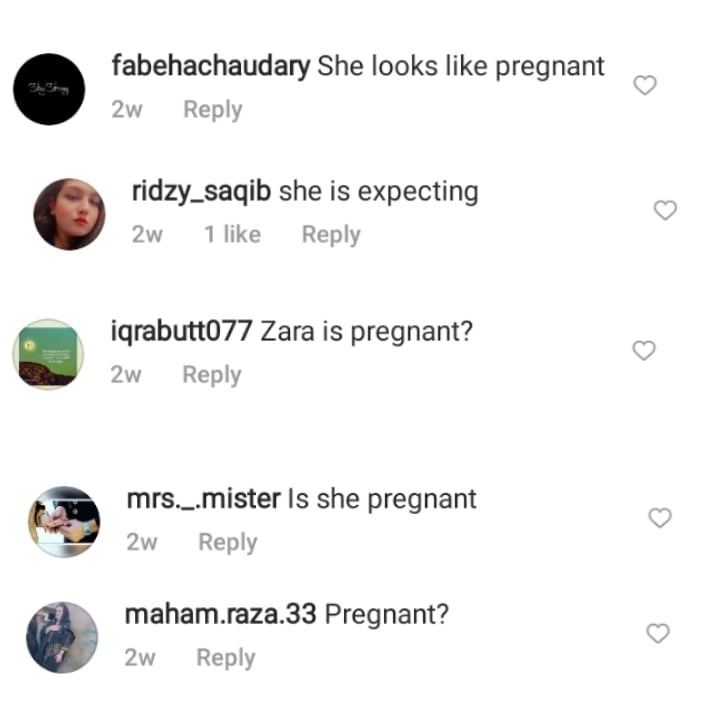 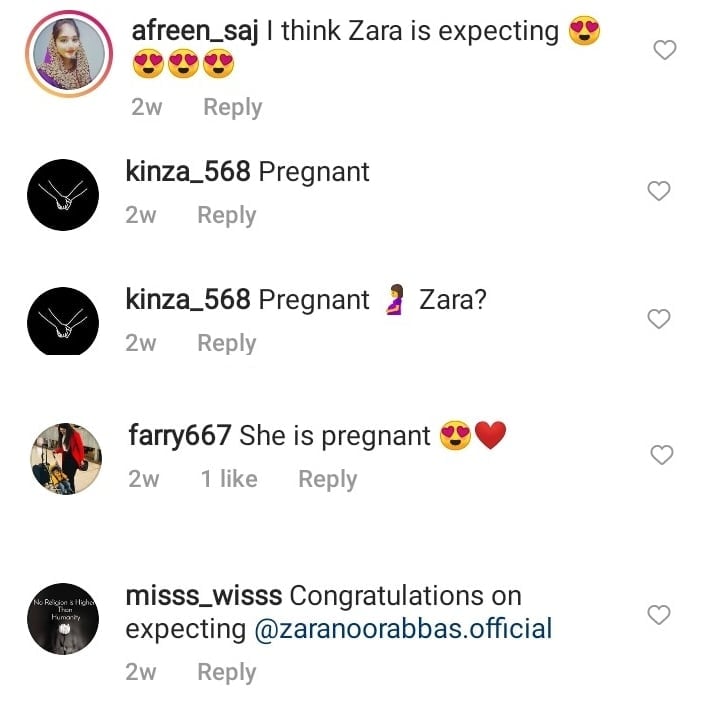 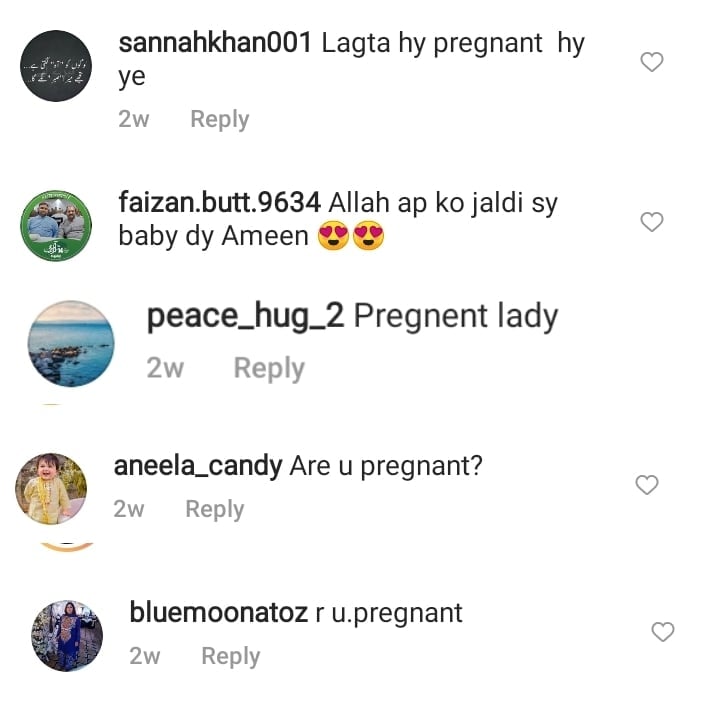