Pakistani dramas have a massive fan following within and outside the country. Talented actors who put their heart and soul into these projects make all the difference. Now more than ever new faces are often introduced in dramas. The process of selecting new actors for a certain project is very different from what it is worldwide. Unlike many other countries, these selections are not done via agencies but most of these actors are either a part of the industry in some other capacity, are selected because they are already popular on social media or they have been acting on some other level and are spotted there. The directors and producers who give these actors a chance also deserve credit for spotting their talent. Most of these actors manage to do so well because they are passionate about acting. Some of them also come from completely different backgrounds but end up finding a career in the performing arts.

Here is a list of those new Pakistani actors who won the viewers’ hearts through their performances and on-screen presence this season:

There is a good reason why Talha Chahour is on the top of this list. His role as Captain Farrukh in the drama serial Jo Bichar Gaye has already won him many fans. Although Talha had already been part of a play that aired on PTV, he had not been noticed the way he has been after being part of Jo Bichar Gaye. Talha had been part of Government College Lahore’s dramatic society, he has also been associated with Ajoka theatre and that is how his acting skills were polished over the years. He was chosen to play this leading role in Jo Bichar Gaye when he was asked to audition for it through a close friend who was part of the industry. Initially, Talha auditioned for another role and even started shooting for it but fortunately both for him and his fans he was eventually chosen to play the leading role. Talha worked really hard and with full dedication to make sure that he would do justice to this character, His hard work paid off since people are loving him as Captain Farrukh.

Out of all the young females who recently made their debut in Pakistani dramas, Maheen Siddiqui truly stands out. She is a graphic designer who started his showbiz career purely by chance by starring in Adnan Sami Khan’s Mein Tera video. Maheen loved everything about the experience and was later offered Minal’s role in the drama serial Dobara. Right from the beginning, she got appreciation from the viewers because of the way she translated this character on screen. Maheen’s soft-spoken dialogue delivery and the kind of role she has played in the drama contributed to her success. She is definitely one of those new actors you want to see more of. She is also another one of those newcomers who have a naturally likable real-life personality as well. We are very excited to see more of Maheen in Dobara and hopefully in other dramas as well. 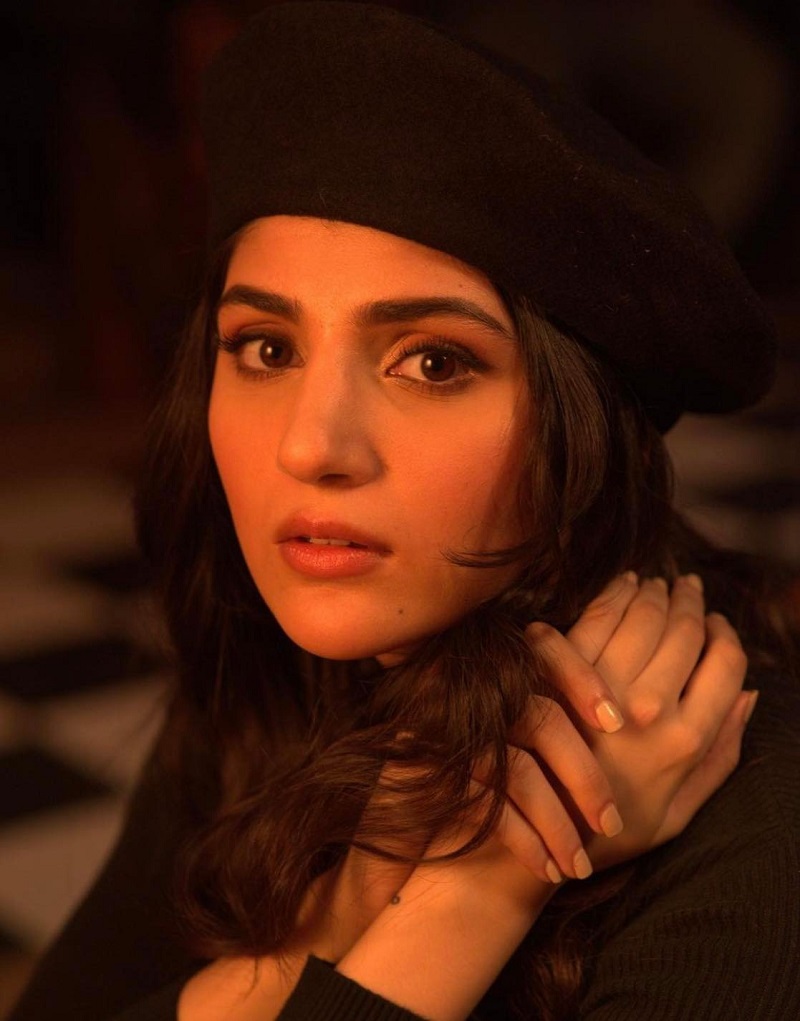 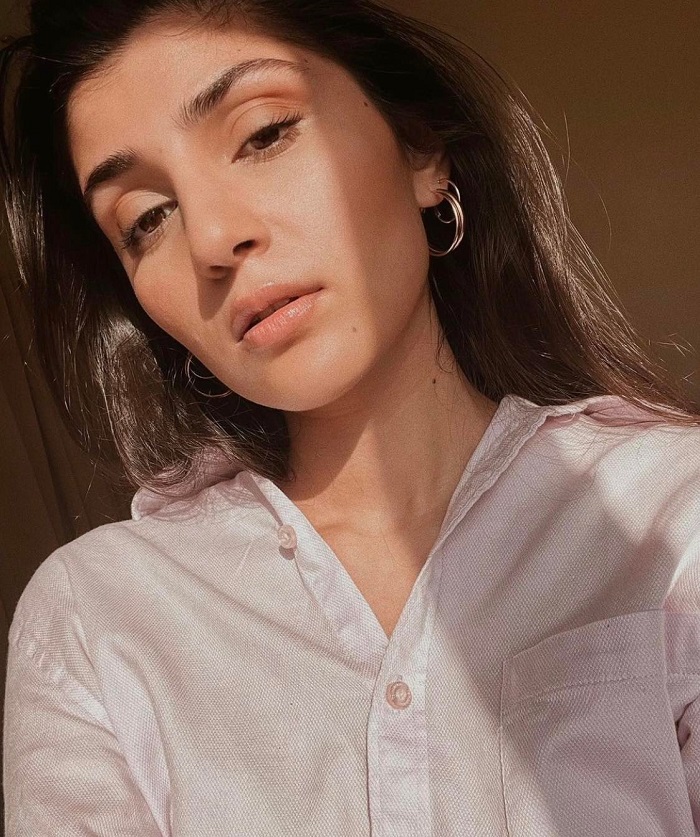 Junaid Jamshaid is another new actor who left an impact on the viewers from his first appearance in the drama serial Sinf-e-Aahan. Junaid struggled for years before he got a break in modeling. The Sinf-e-Aahan opportunity was offered to him by the production house and he was ecstatic to know that he will be sharing the screen with so many big actors. His performance in the drama as well as his role has been liked by the viewers. Recently, when he gave an interview, people also liked his off-screen personality. We are waiting to see more of him in Sinf-e-Aahan and hope that his performance will be just as impressive in the upcoming episodes as well.

Rehma Zaman is one of those new actors who immediately grab your attention for all the right reasons. She is playing Sana’s role in the drama serial Berukhi. It is one of the most likable characters in the drama. Her performance and her on-screen presence make her one of the best this year. Rehma’s credentials and family background are really interesting as well. She is an athlete herself and belongs to a family that has represented Pakistan on different levels in cricket and hockey. Rehma was already modeling when she got the offer to star in Berukhi. We hope to see more of her in the future as well. 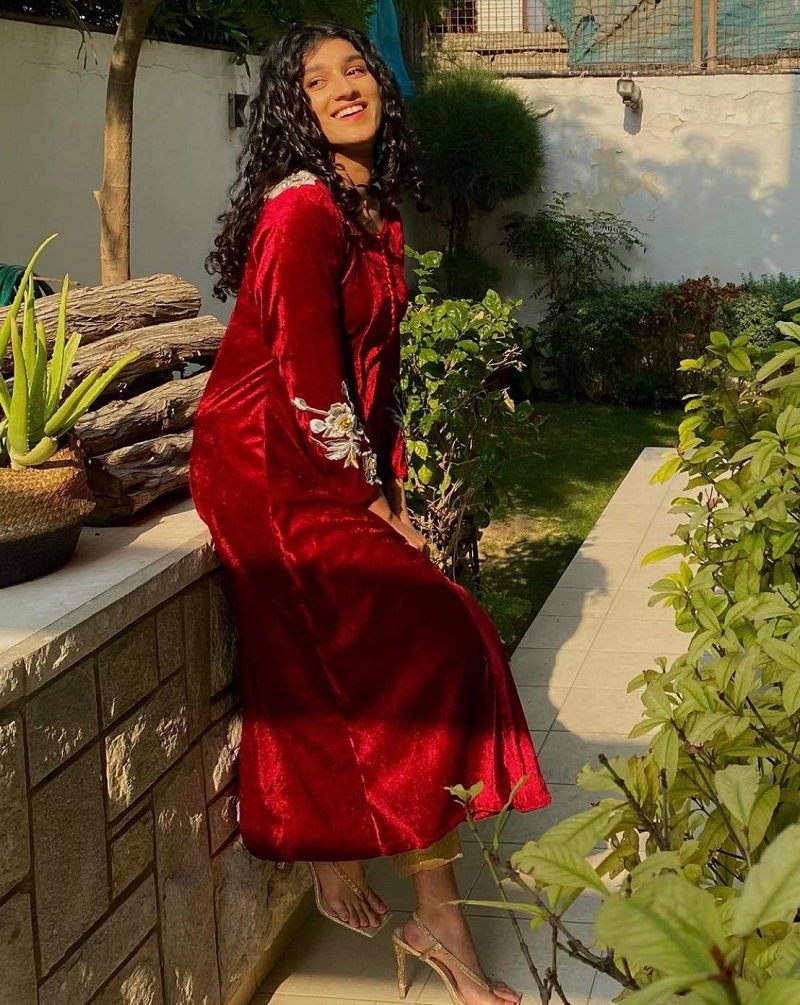 Zaviyar Nauman is someone with who everyone was fully acquainted before he entered the industry because Nauman Ijaz and his wife never held back while sharing his picture. The public always complimented his good looks before he entered the industry. While his performance in the drama serial Qissa Meherbano Ka is not impressive, he has performed really well in Sang-e-Mah and has given us hope that he has the potential to be an even better actor. Zaviyar has Nauman Ijaz as his mentor therefore we are pretty sure that he will not disappoint us in the future too. 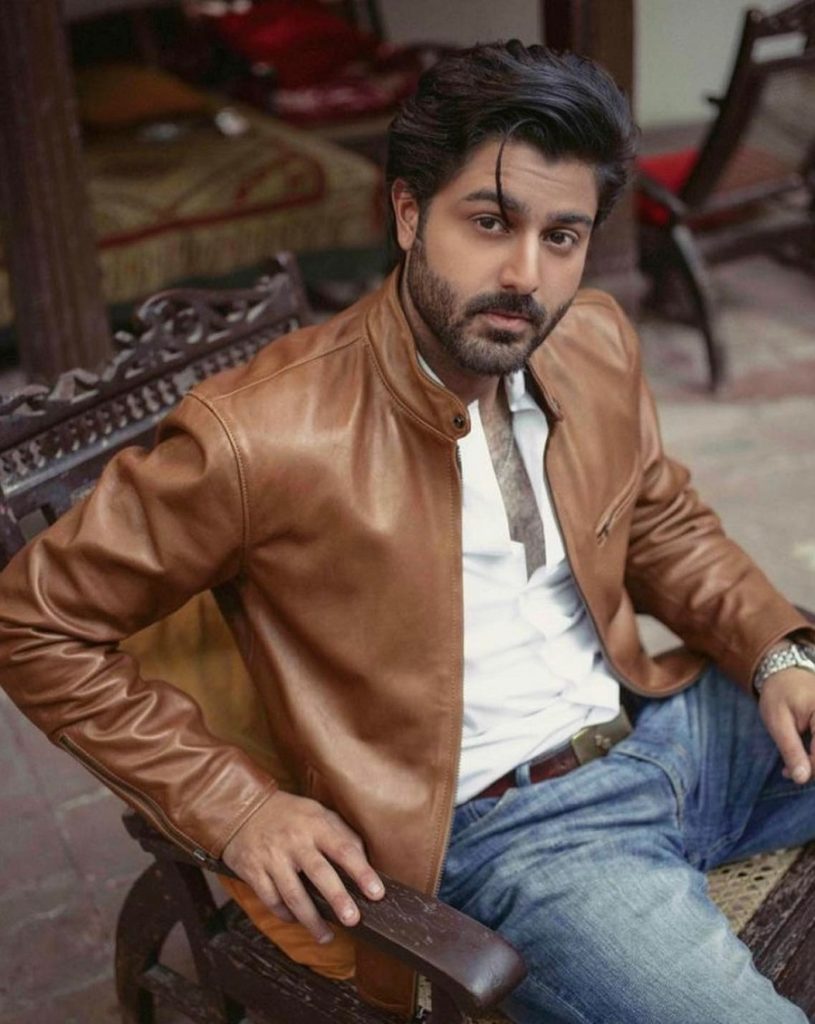 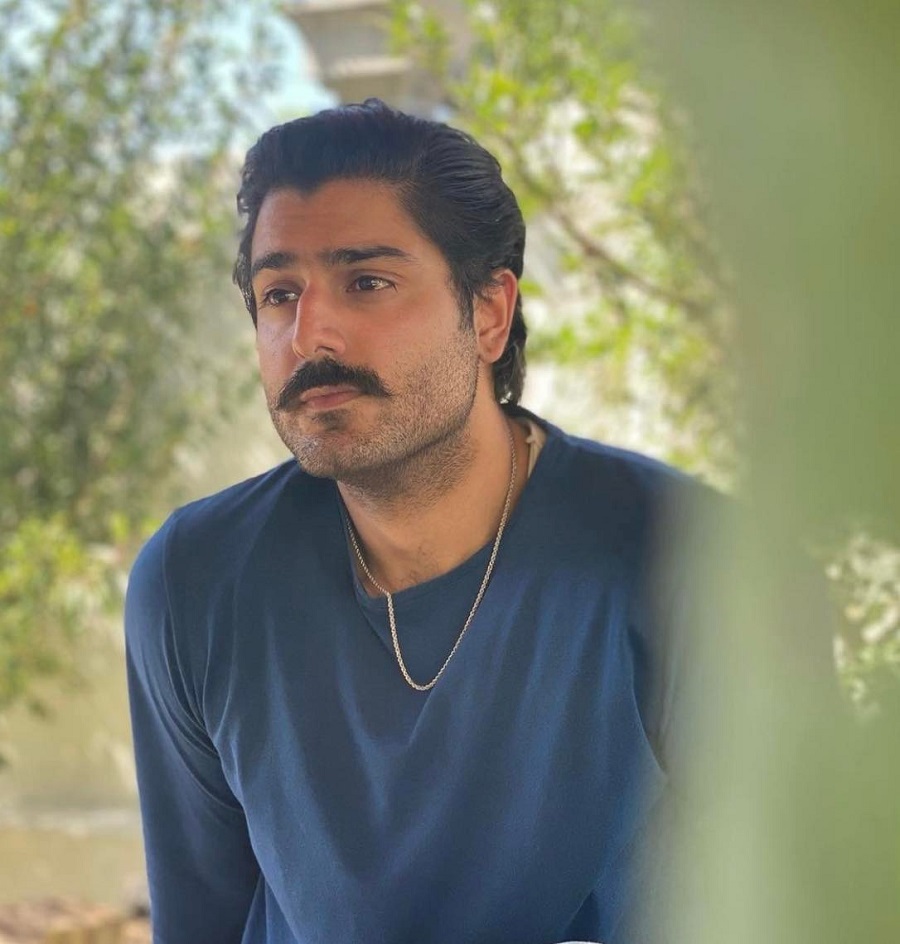 Dananeer Mobeen’s debut performance in Sinf-e-Aahan took everyone by surprise. The girl whose pawry video went viral, amazed everyone by her brilliant comic timing and confident acting skills. When the news that she was making a drama debut came out, a lot of people were not happy because they thought that she was simply getting the role because she had already gained substantial popularity. However, she won the viewers over completely when she breathed life into the character. Making the viewers laugh is sometimes more difficult than anything else, Dananeer managed to achieve that with the utmost ease. She definitely is a talented young actress who will definitely continue to impress the viewers.

Komail Anam belongs to a family which has been closely associated with showbiz for decades now. He is Khalid Anam’s son which definitely must have made it easier for him to get his first break on television. However, obviously getting a break is not enough; giving a decent performance is ultimately what helps in the long run. He has been part of multiple dramas such as Chamak Damak, Badnaseeb, and Sinf-e-Aahan. His acting skills are impressive and with time we are pretty sure that he will only get better with time. Komail also sings as a hobby which does not come as a surprise because Khalid Anam also sings so well. We have high hopes for this young man and wish him all the best. 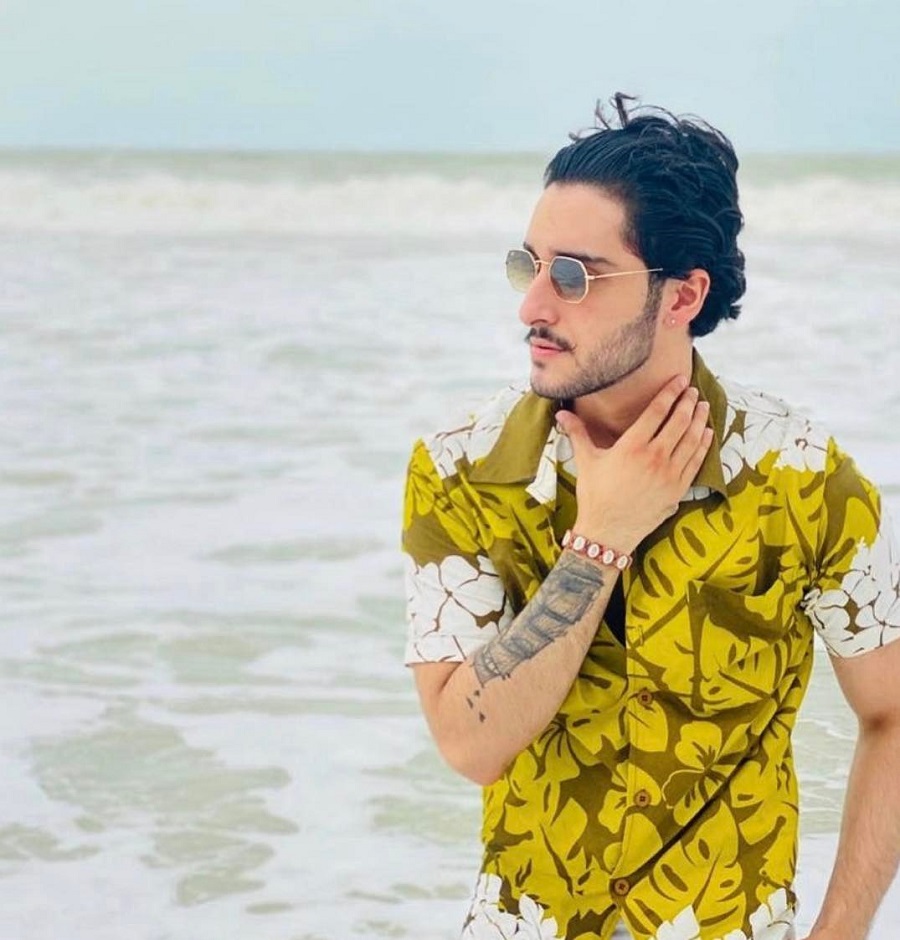 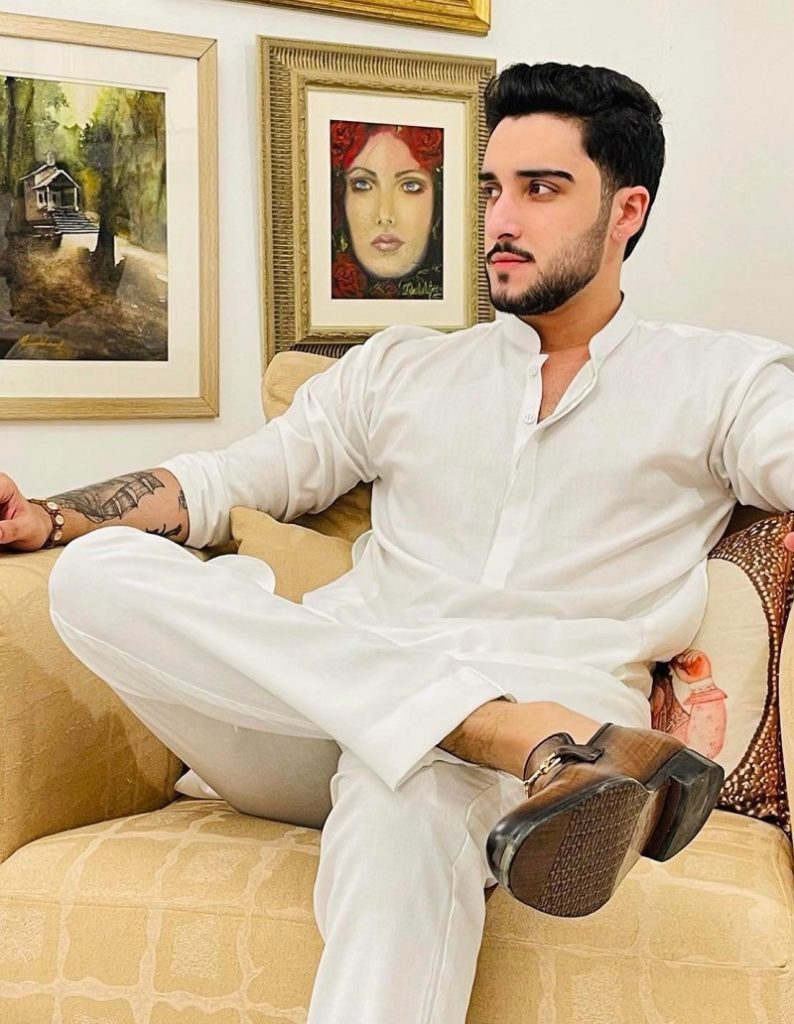 Adeel Afzal’s performance in Parizaad was not his first time on television because he had already appeared in a supporting role in the drama serial Aakhri Station. But it would be safe to say that this was the performance which won him recognition as well as a lot of admiration from the public. Adeel Afzal has a creative and artistic side to his personality. He had already worked on the radio and was active on YouTube and social media before starting his career in acting. He is still exploring what he wants to do in life. After starring in Parizaad and now Sang-e-Mah, the viewers are waiting to see more of him in the future.

Zohra Rahman made her television acting debut from the drama serial Dil-e-Momin, she is playing a supporting role in the drama. Many people might not know that she has already acted in many international projects. She is also the one who played the first hijabi character in a Marvel series. She has also been part of other international projects and has worked in a Netflix series as well. She is extremely likable as Ainee in Dil-e-Momin. Even though Zohra has worked internationally, she always wanted to work in Pakistan and will continue to work here.

Sarah Nadeem is one of those actresses who truly outshone in a supporting role in Taana Baana, Aik Hai Nigar and is now impressing the viewers with her unique style in the drama serial Dobara. Mehru’s loving friend from Dobara, the actress Sarah Nadeem, is actually a practicing doctor in real life. She has a long list of credentials and is liked by her patients for her decent and kind personality. In an Instagram post, Sarah Nadeem shared that she had a dream to become an actor since childhood which came true now. We are definitely looking forward to seeing more of this graceful and talented lady in dramas.

Which one of these actors impressed you the most? Don’t forget to add new names to the list.