Pakistan saw an era of morning shows and the controversies that came out of them in the last decade or so. Every big channel had its own morning show and the copy paste of same wedding weeks and beauty tips. But the trend has been on a decline as many of these shows have been shut down. The new morning shows being conducted now are mostly news based and in the format of discussions. But one morning show that has stood the test of time is Nida Yasir’s Good Morning Pakistan on ARY Digital. Her show is still very relevant and people love to watch it. 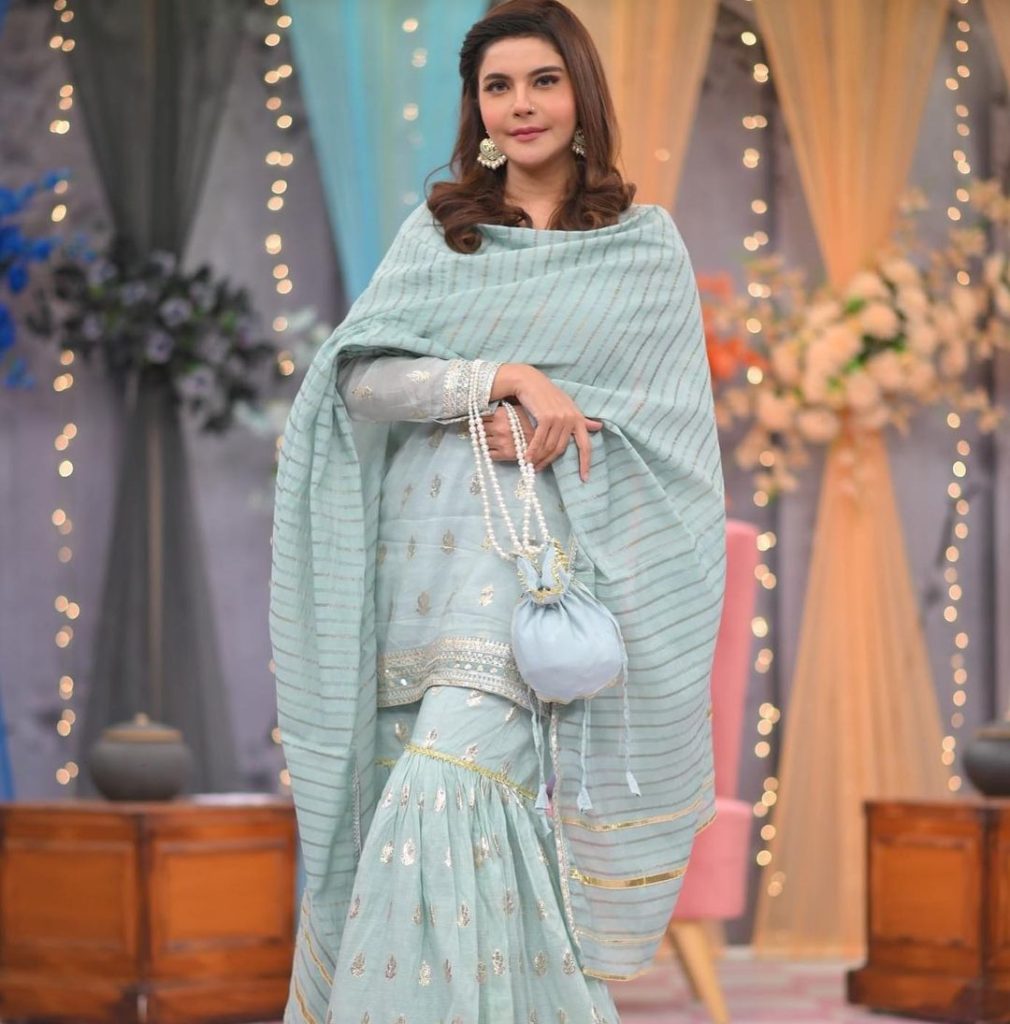 Recently Ayesha Mano got viral after her dance on Dil Ye Pukare Aaja went viral. Nida Yasir invited her on her show which was based on wedding prep theme. After her viral video, her appearance on the show was criticized quite a lot. 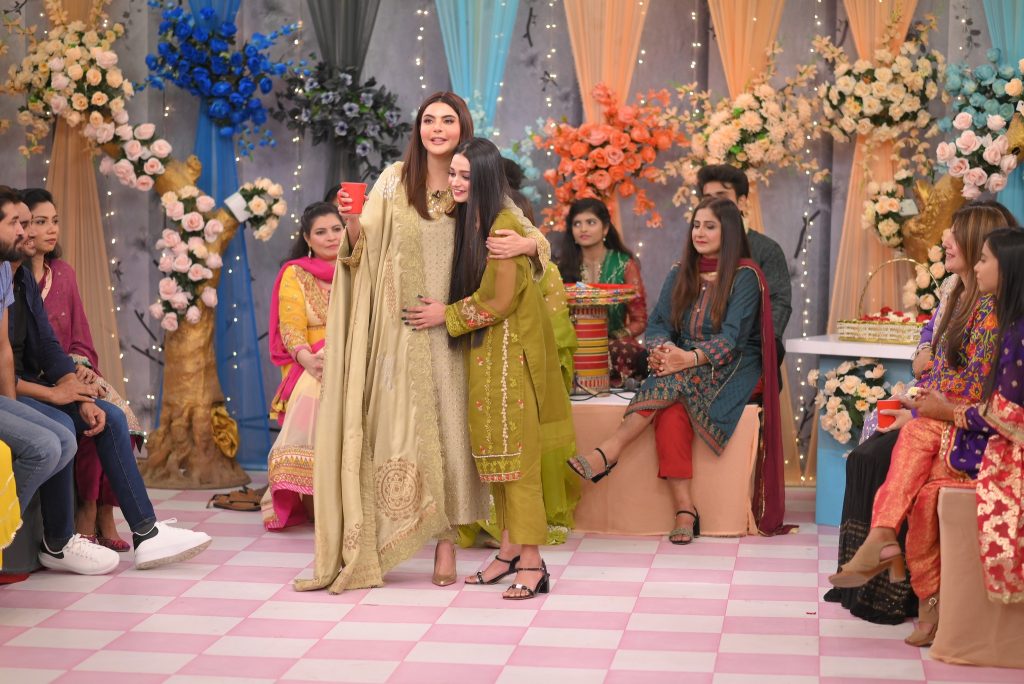 She talked to Nida about her viral video and Nida appreciated her fame:

Netizens ae however not happy with Nida calling her on her show and #NidaStopObscenity trends on Twitter because of it. People are calling out the practice of honouring viral sensations by calling them on the show and totally ignoring the real talent in the country. This is what they think: 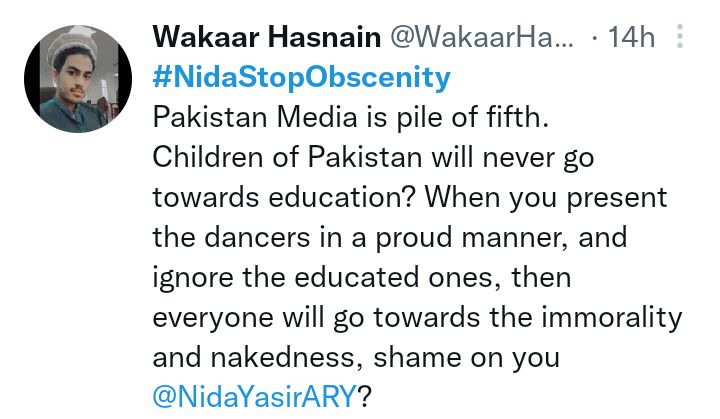 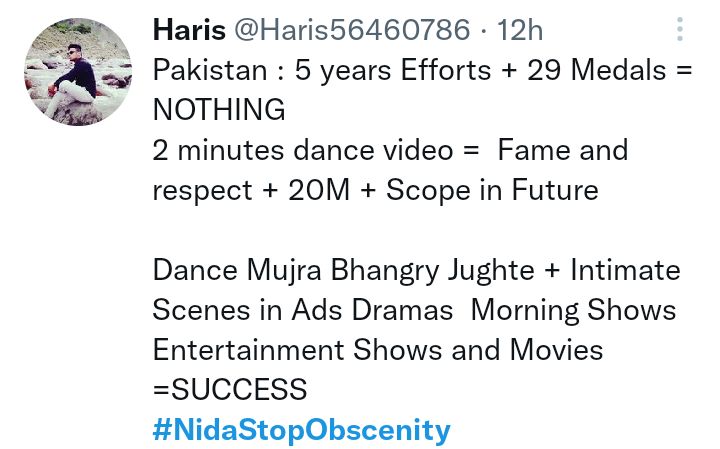 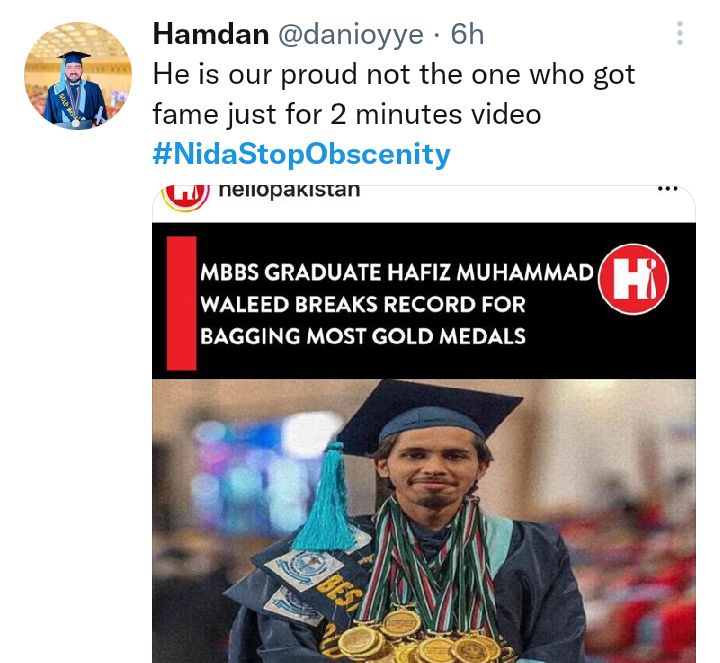 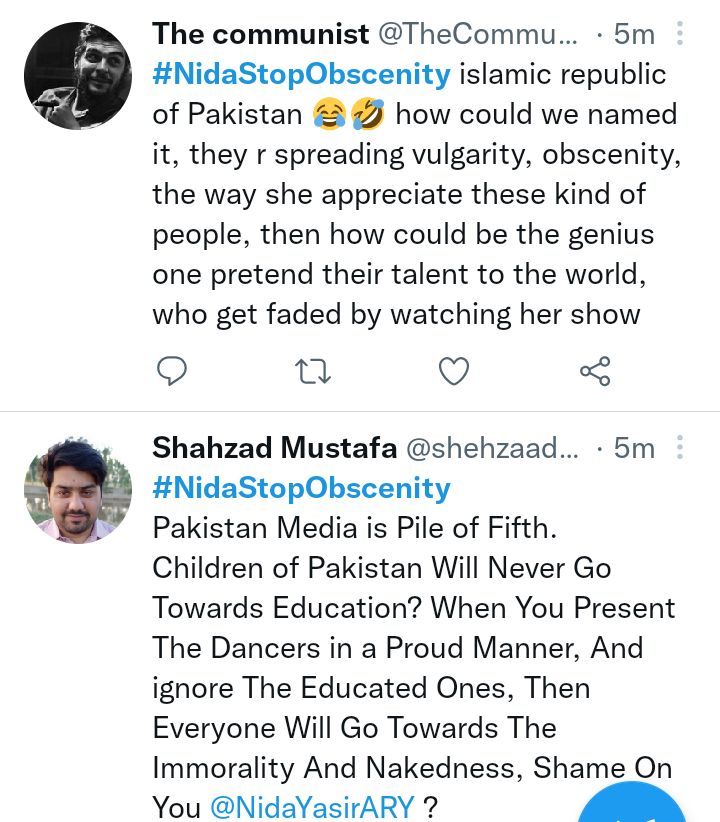 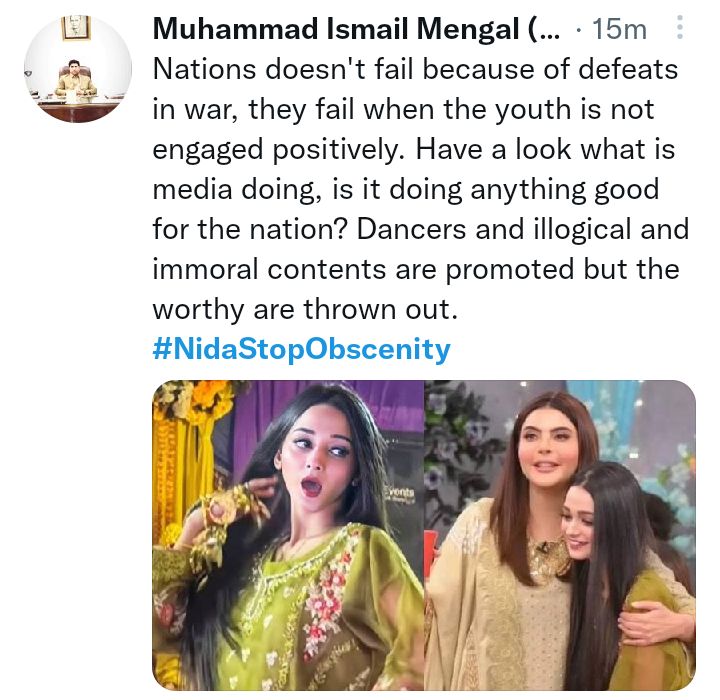 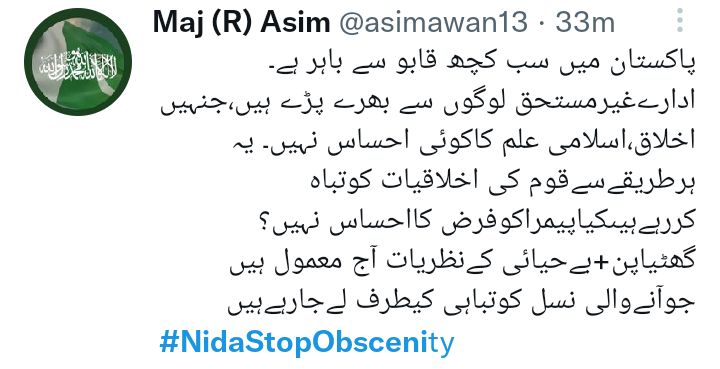 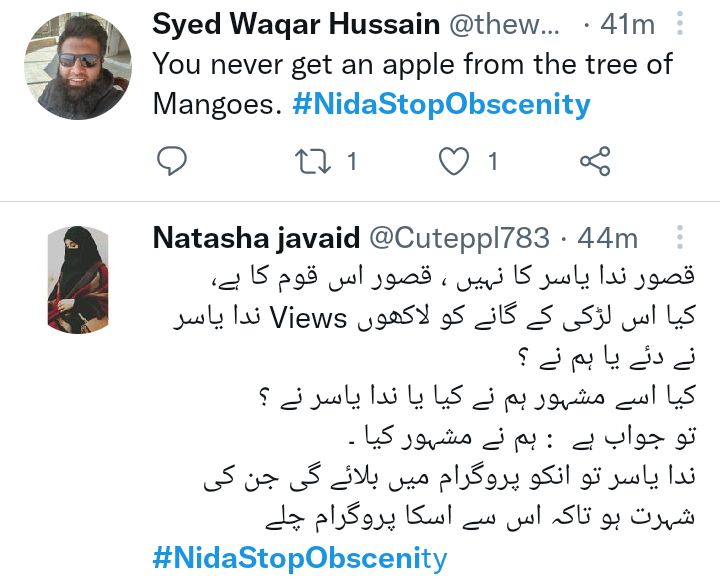 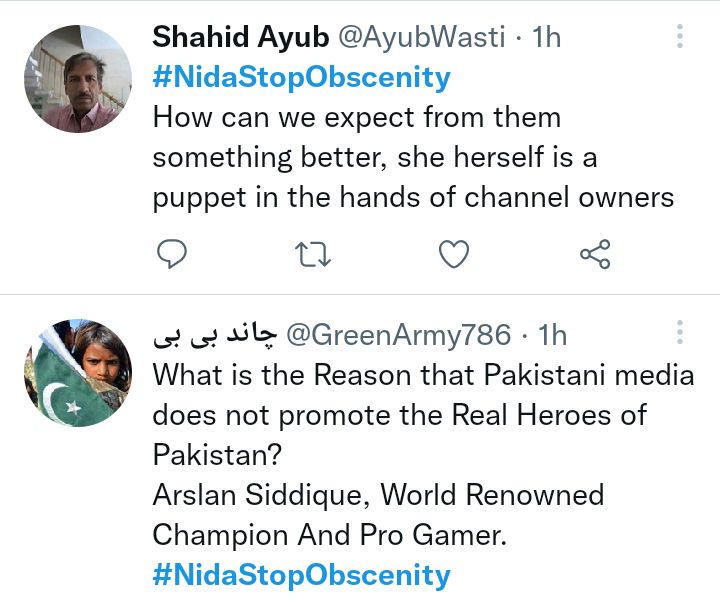 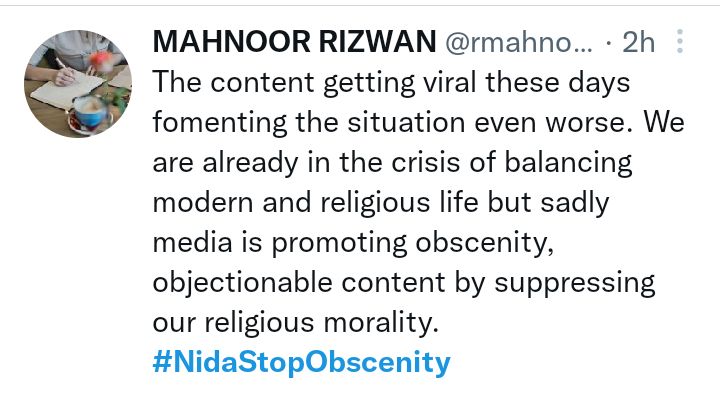