O Rungreza has started on a strong note. The viewers were impressed immensely by the promos already. The show flaunts a strong cast including Sajal Aly, Nauman Ijaz, Bilal Abbas Khan, Sana Fakhar and Irsa Ghazal. First episode aired last week and it has become the fastest episode of any drama to reach one million views on Youtube. It even crossed Baaghi in the department. Lead actor Bilal Abbas Khan expressed his delight through an Instagram post: 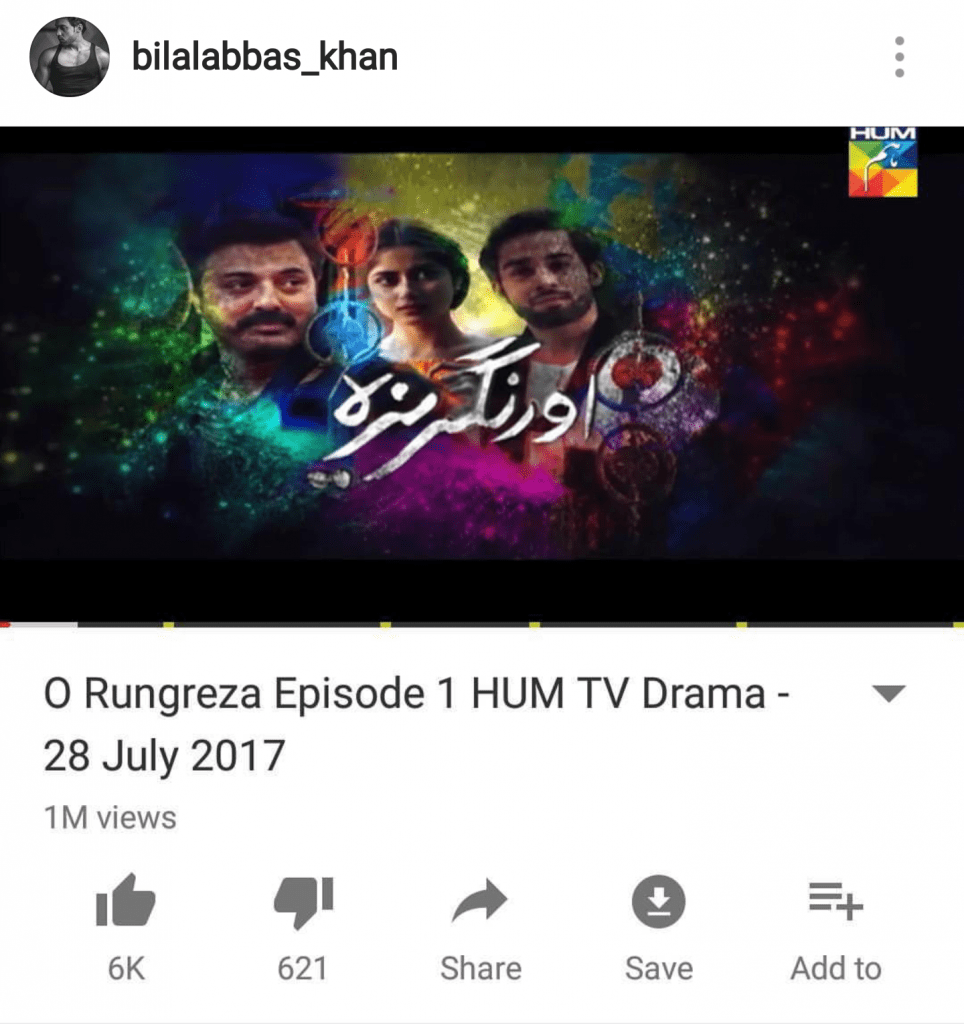 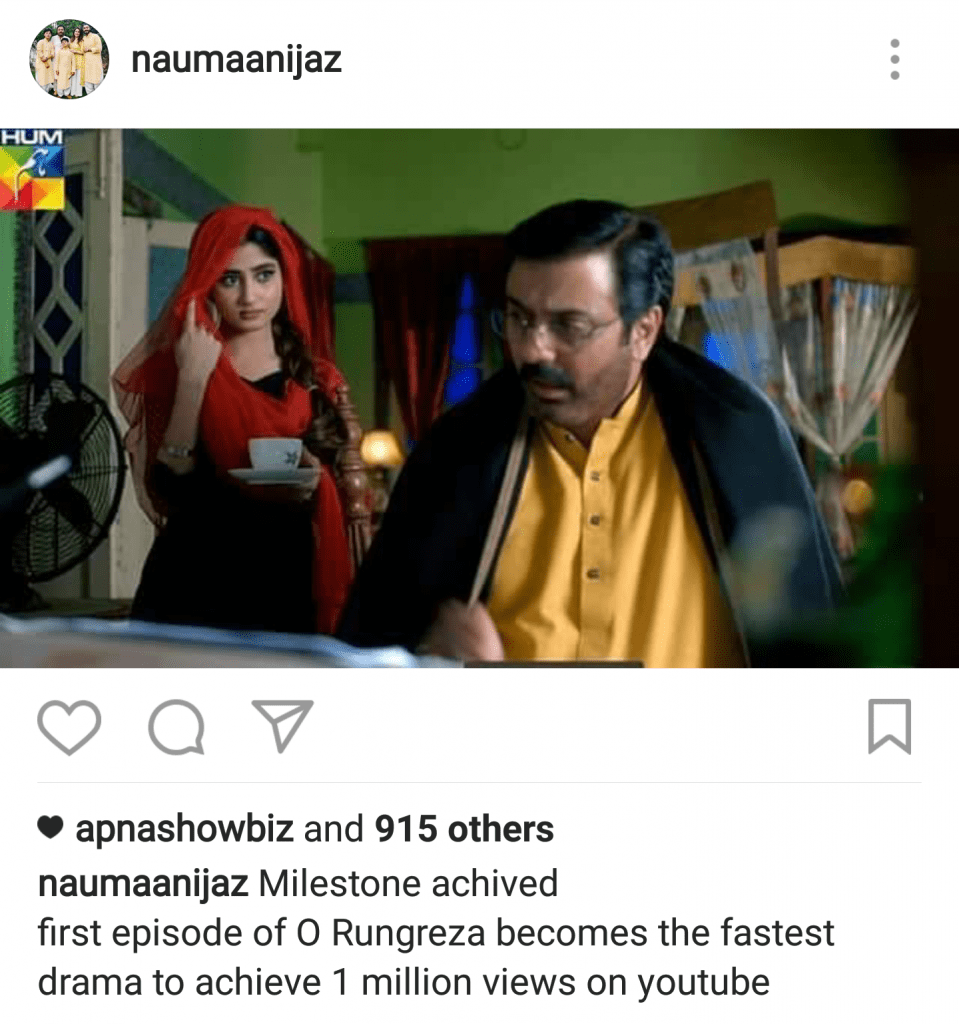 Baaghi became closest to O Rungreza with 890K views in 6 days while O Rungreza crossed a million in 5 days.