Hamza Ali Abbassi, Shaan Shahid and Veena Malik have taken twitter trend of #KashmirBleeds to next level. The celebrities have been found tweeting some serious fact and figures about on going lynching of Kashmiris.

It seems that our Superstars have decided to contribute for a better cause than just social media cat fights where Veena Malik as always blatantly shown the Middle finger to India for Kashmiris literally won our hearts and caused hurt to Indian public. 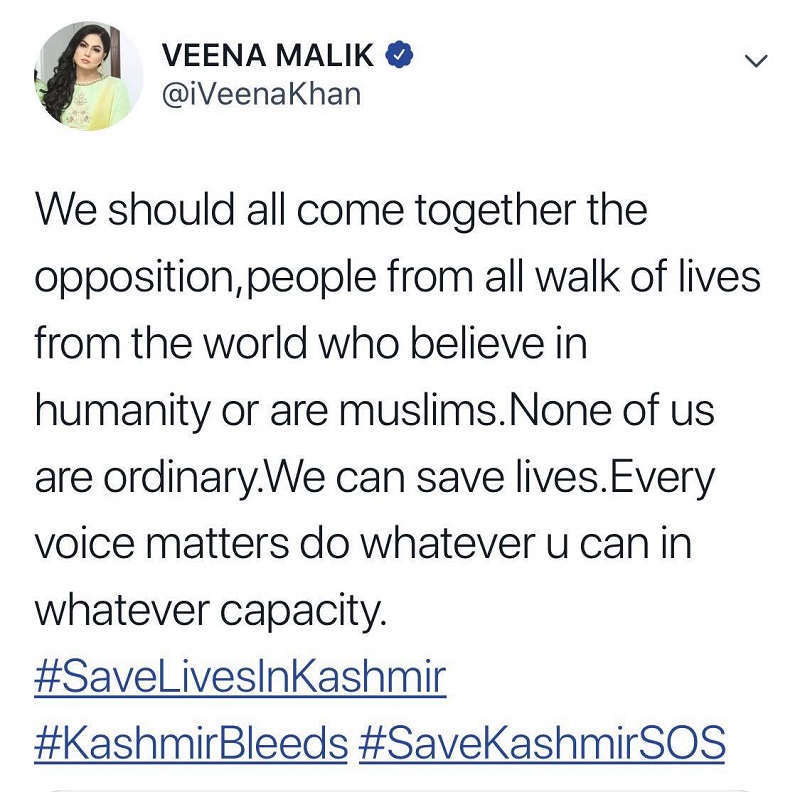 Where as Shaan Shahid tweeted Modi’s picture taking bath in Ganges and purifying the sins. 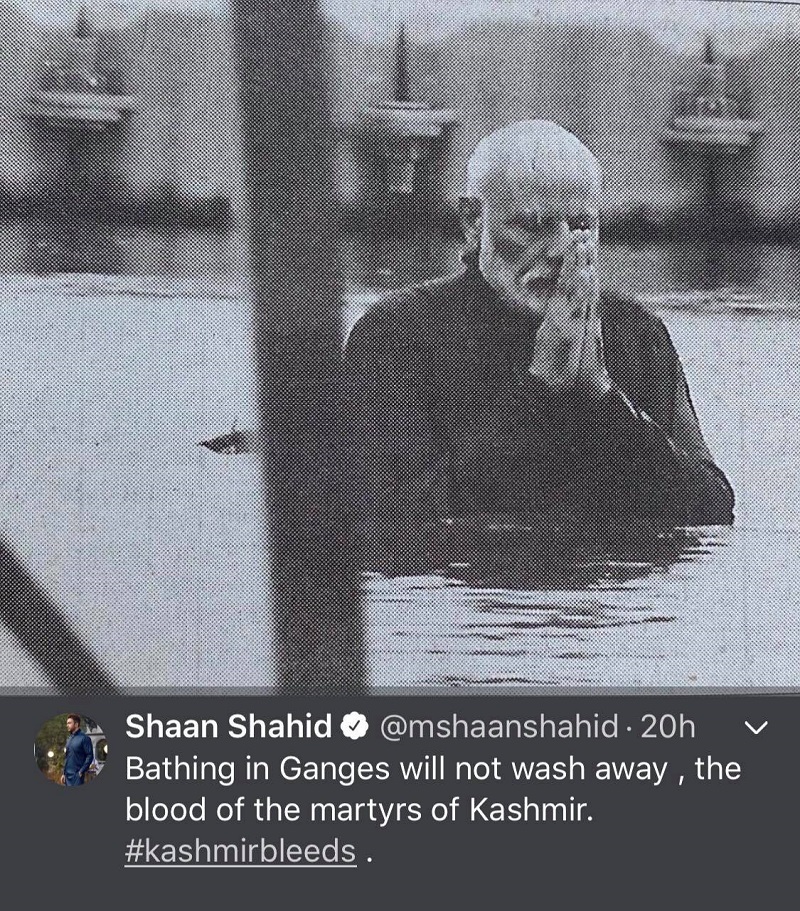 “Our family has been spreading the message of #freeKashmir from the brutalities of India since 1971.” 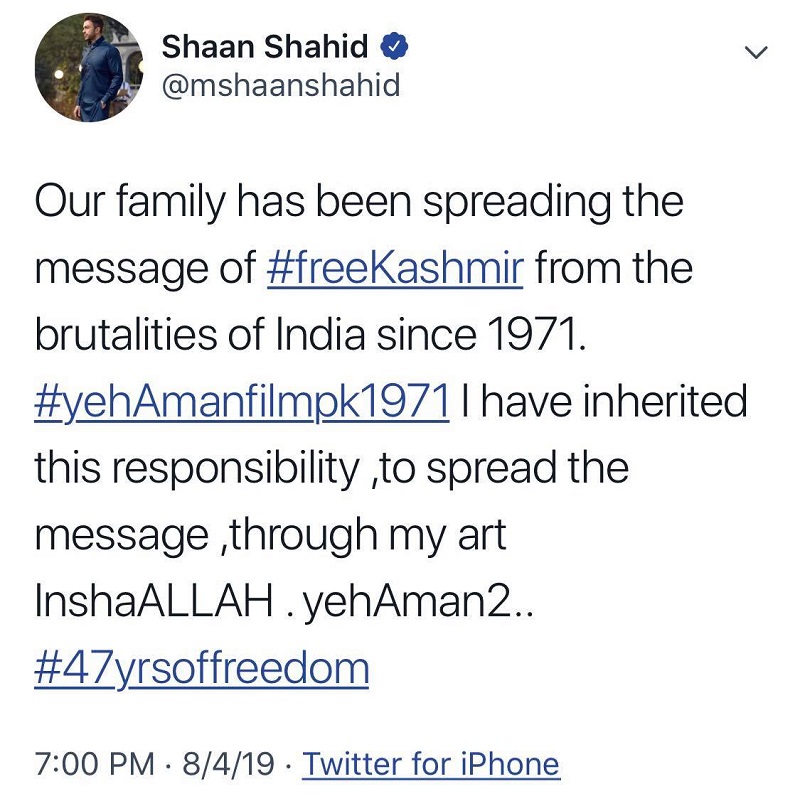 And its not just about Shan Shahid and Veena malik, Hamza Ali abbassi is leading the league with most of the tweets just stating lethal facts about the brutality of Indian army on Kashmiri people.

He urged celebrities to join the cause just right now, 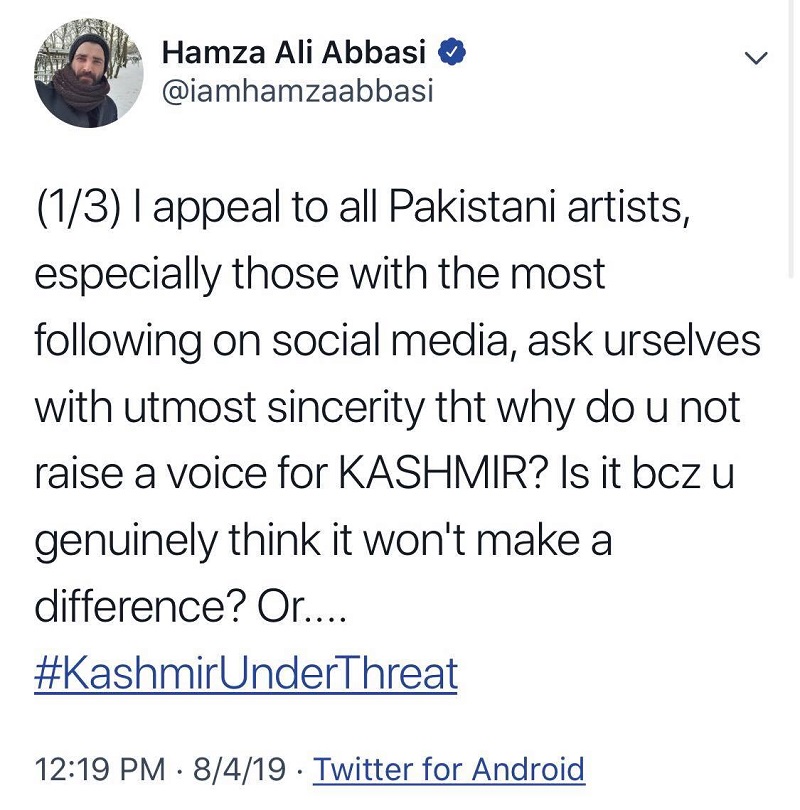 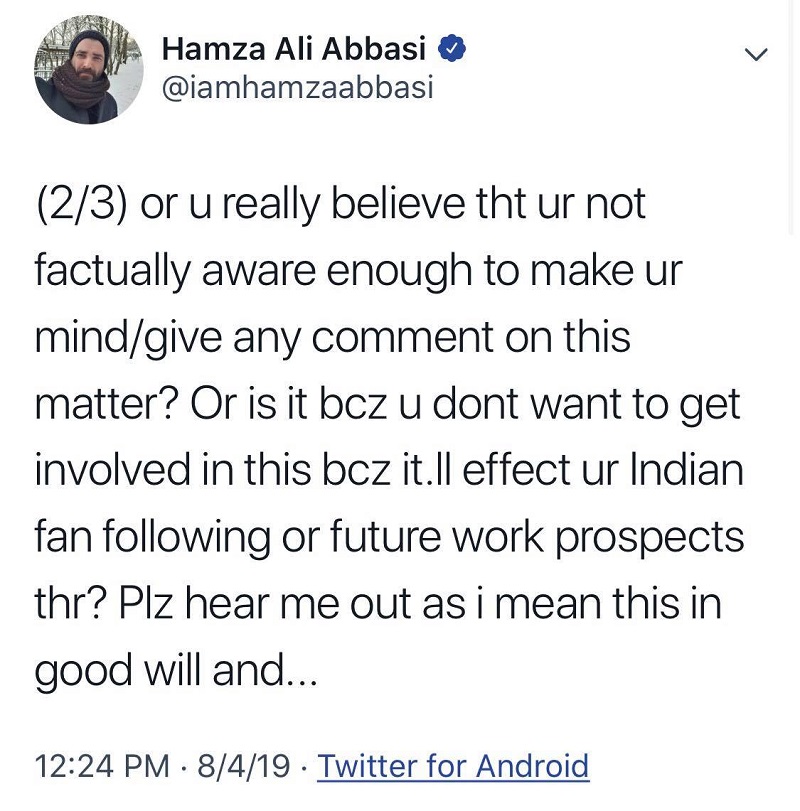 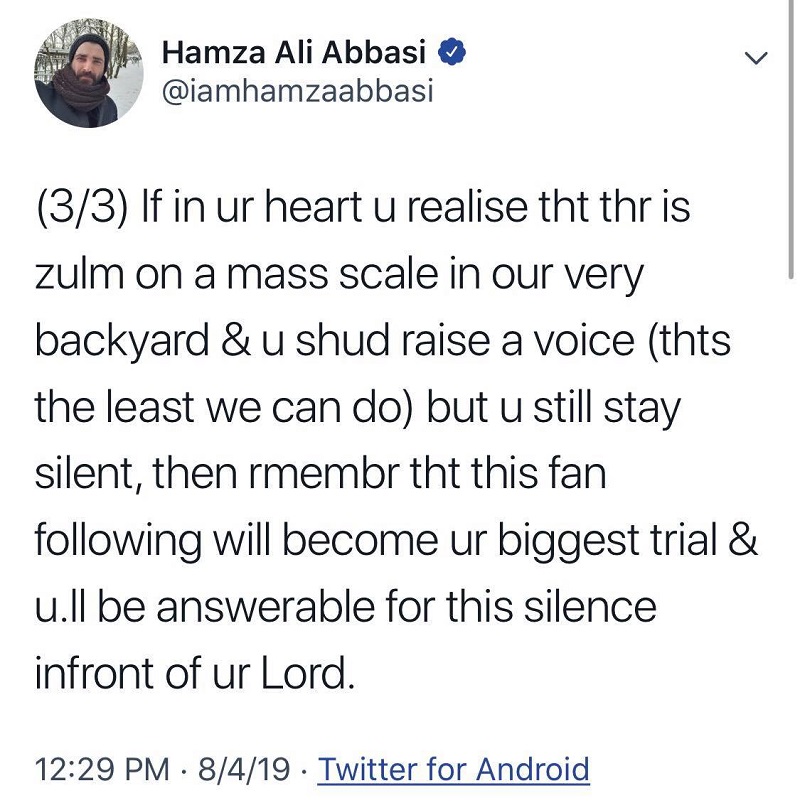 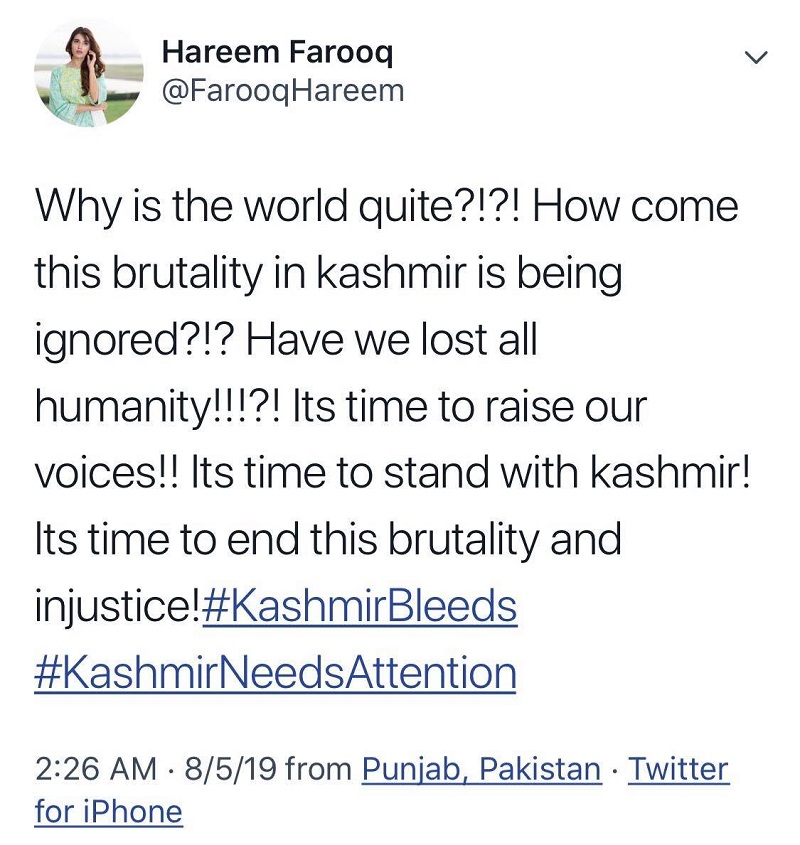 Saba qamar and Faysal Quraishi has also tweeted about it. Mishi Khan was also one of those celebrities who did not hold back. 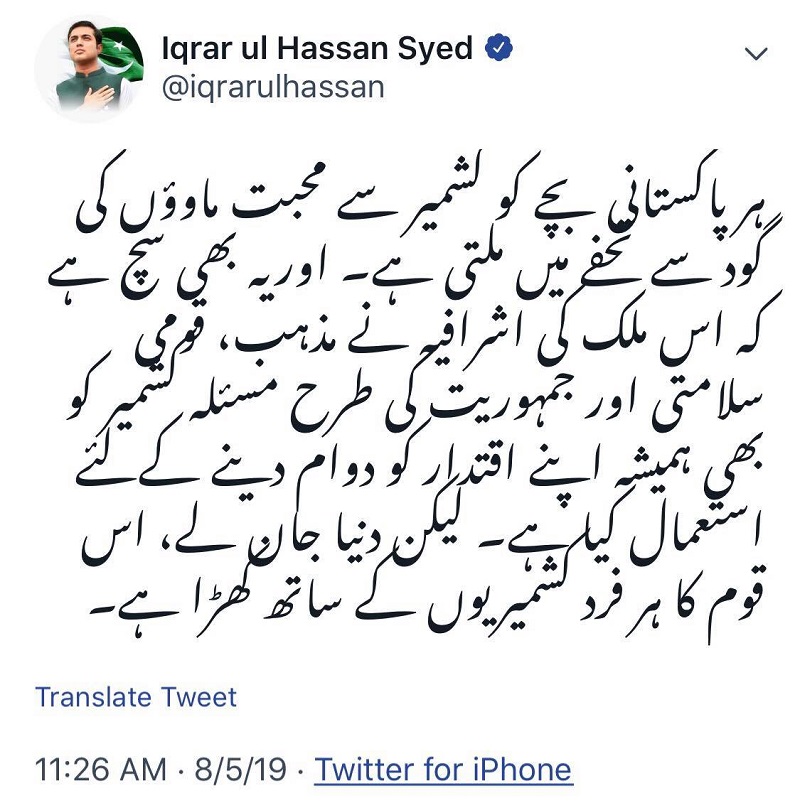 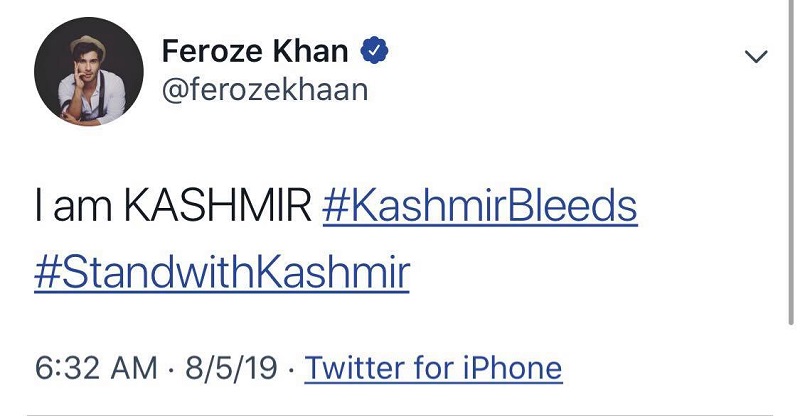 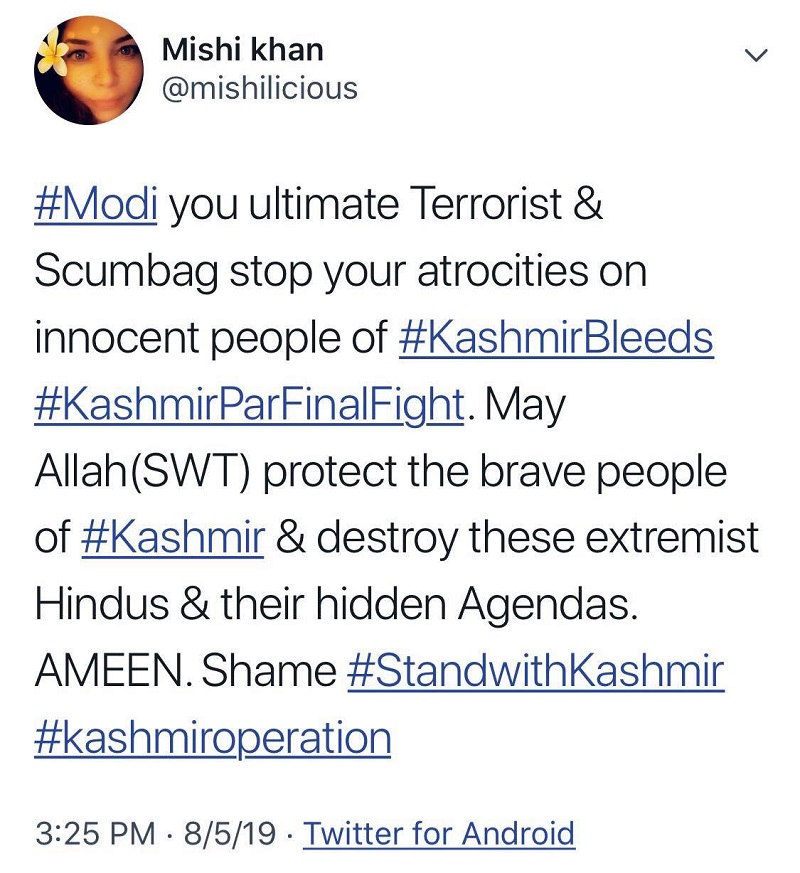 It’s high time our celebrities should not care about the fans and followers but think of the cause and its sensitivity.