The New Zealand cricket team has announced abandoning its tour of Pakistan, citing security concerns, following which the series between the two teams has been postponed. The start of the first ODI between Pakistan and New Zealand was delayed due to reports that the players may have been instructed to stay at the hotel due to Corona.

Earlier today, the New Zealand cricket board informed us that they had been alerted to some security alert and have unilaterally decided to postpone the series.

PCB and Govt of Pakistan made fool proof security arrangements for all visiting teams. 1/4

Pakistani Celebrities have shared displeasure on the news of the New Zealand team abandoning its Pakistan tour. Let’s have a look at celebrities’ tweets below.

Strange & disturbing move by New Zealand. The entire world is aware law & order in Pakistan is under complete control; our security & intelligence agencies are outstanding at their job. Last minute cancellation without any proof makes NO sense! Disappointing for millions of fans!

Its sad but its ok. We’re a nation used to bouncing back. Pakistan is safe & always will be. We’ll still open heartedly welcome New Zealand or any other nation that thinks otherwise bcz thats who we are.

° 9 Pakistanis were killed in the Christchurch attack.

° Pakistan toured New Zealand in the worst of Covid circumstances regardless of the crude treatment by NZ authorities on that tour.

Very disappointed to hear about #NZ backing out of the game at the last minute. This is just sad and shocking after all the work that had been put in by the organisers as well as the team. Millions of cricket fans have been let down today. #PAKvNZ

As a Pakistani citizen I want to know the credible threat that @BLACKCAPS found. It is only fair to share that intelligence with the @GovtofPakistan so that if there is a real threat it can be neutralized immediately & lives are protected. #PAKvNZ 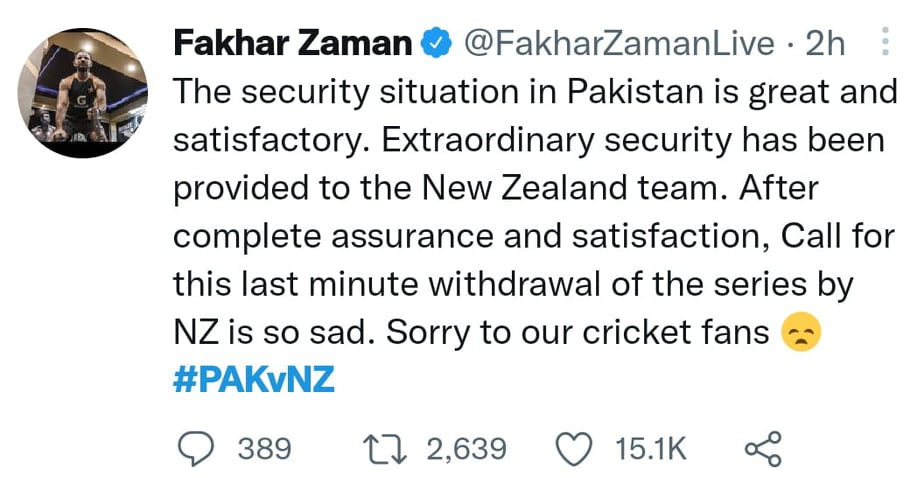 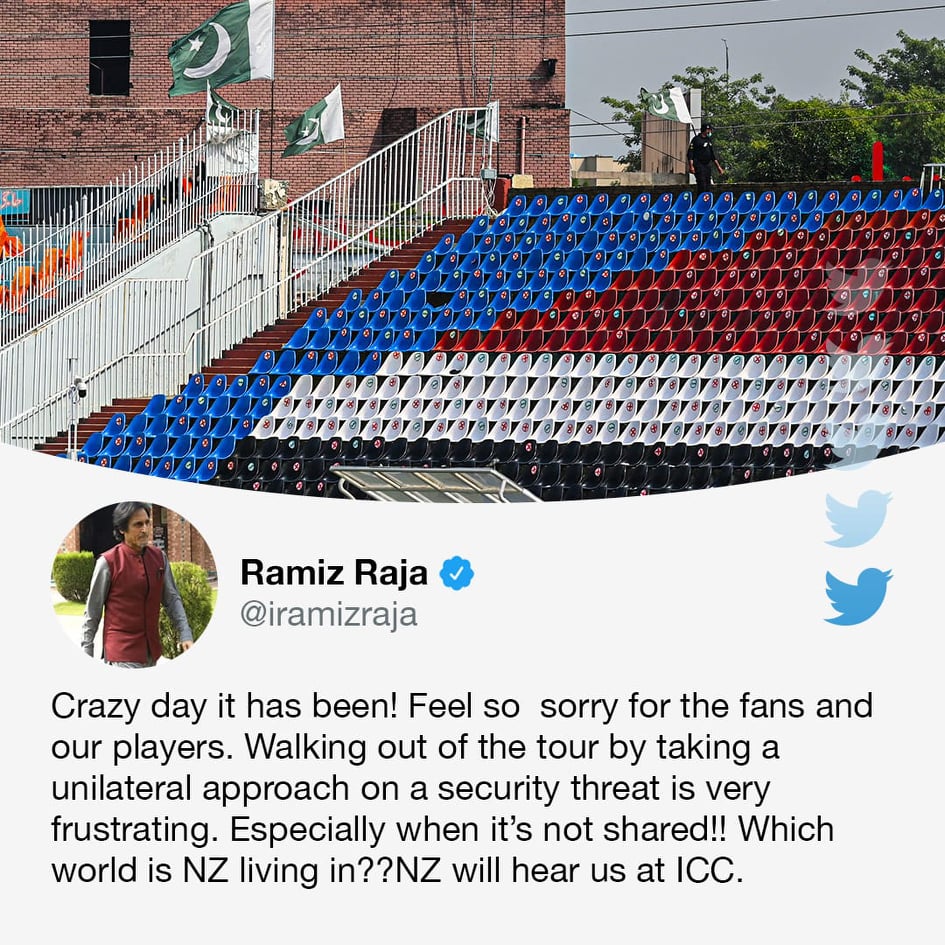 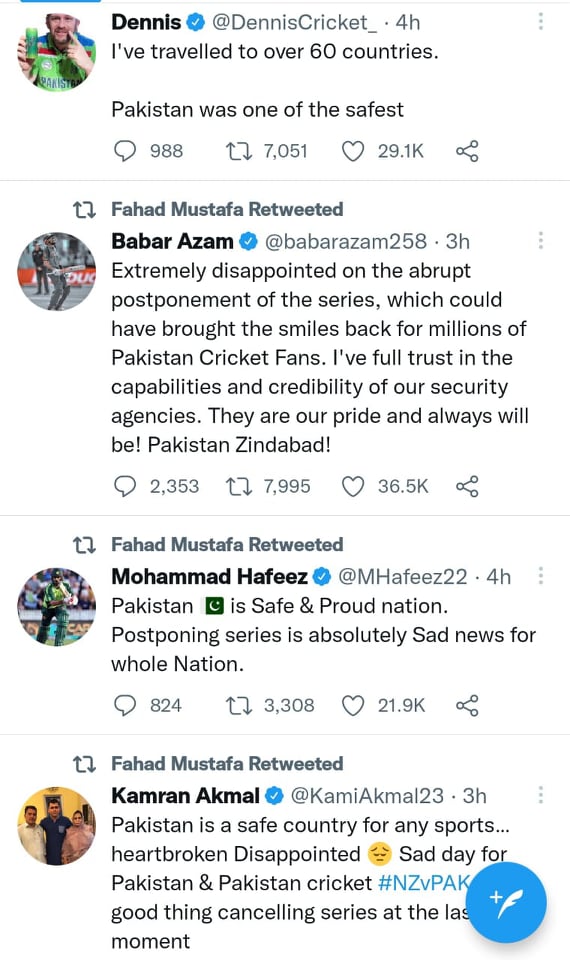 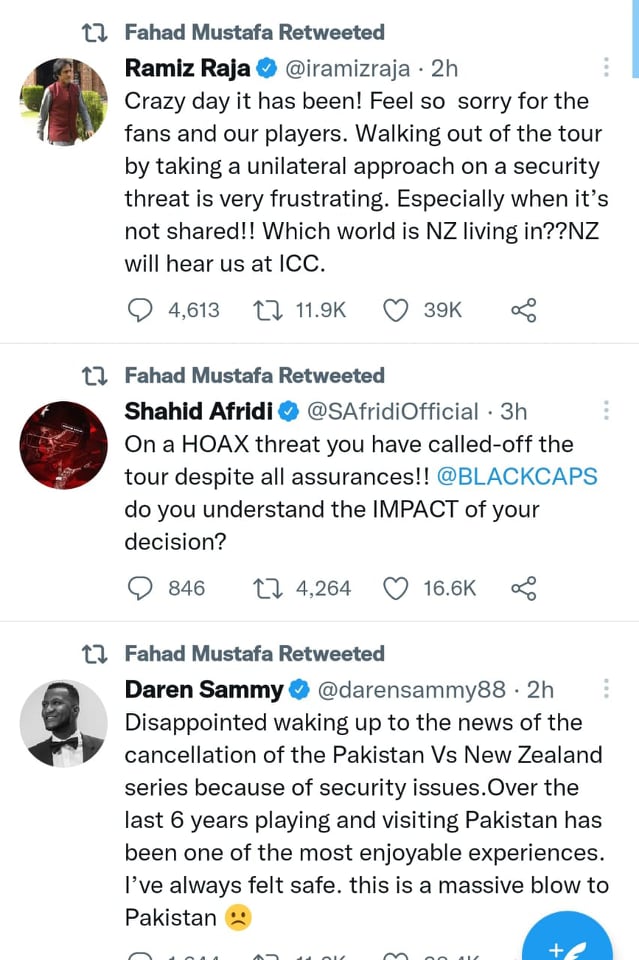 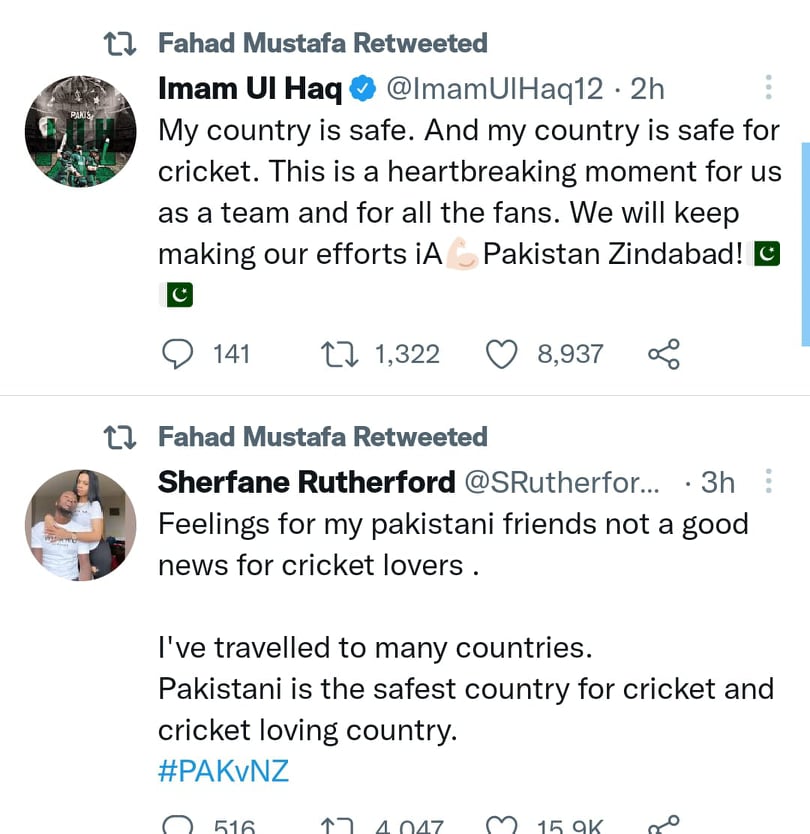