YouTube has opened a different domain of content creation for everyone. In this day and age, being a Youuber is nothing less than a job and it requires consistency and hard work, just like any other job does. YouTube has actually provided a platform to people to connect to people who share the same interests as them.

YouTube trend has taken over Pakistan too. There was a time when YouTube was banned in Pakistan but after the ban was lifted, a lot of amazing and talented YouTubers emerged who made amazing content for their followers. Our Pakistani celebrities have now shifted the focus on YouTube too and even though most of them are treating it as a hobby, it is good to see them putting so much heart and soul into their YouTube channels because they know, this is the most personal and intimate space they can share with their fans.

A celebrity is born when people love and appreciate their work, their passion and their talent. This is the reason when people give someone a celebrity status, they want to know more about them, they want to connect with their favorite celebrities on a personal level. For any celebrity to take the time out to do something as demanding and challenging as YouTube which consumes so much of time, shows that those celebrities also value their fan following and respect their wish of maintaining that personal connection.

All of these Pakistani celebrities are creating such amazing and varied content, where some are more focused on vlogs and showing personal lives, some are teaching beauty and health tips to their fans. Some celebrities are keeping it casual where others are taking their fans on their personal life journey. There are travel vlogs, life hacks, heart to heart conversations, sharing of personal life experiences and advice – basically there is so much for everyone and this definitely is an amazing domain that has opened for all the fans of Pakistani celebrities.

Nadia Khan’s YouTube Channel is named OutStyle.com and has a whopping 605K subscribers after posting 131 videos. Nadia Khan started this channel as a joint venture with another famous Pakistani actress Madiha Iftikhar who also resides in Dubai. In the initial days of the channel, they usually posted vlogs and gave people an insight into the life and luxuries of Dubai. After some time Madiha Iftikhar stopped appearing on Outstyle.com and that is when Nadia Khan single handedly took over. This channel is mostly about beauty products, product reviews, health and weight loss tips. Nadia Khan has not only kept this channel to herself but she has now started bringing on other celebrities too who share their weight loss journey or any other tips or hacks that they have up their sleeves. Nadia Khan’s YouTube channel usually creates content for women and she is doing an amazing job.

Juggun Kazim has a YouTube channel named after her. She has 369K subscribers as of now and so far has posted 202 videos. Juggun Kazim’s channel is systematic and she has categorized the kind of content she posts one after another. On her channel, you will mostly find beauty, health and food/diet related videos. She seldom posts such videos too where she has a heart to heart with her fans and subscribers. Juggun Kazim is witty and has a great sense of humor, she lets her personality shine through and watching her is always fun.

Bilal Khan, a singer turned actor has a subscriber count of 400K and has posted 139 videos. Bilal Khan’s YouTube Channel is all about Vlogs. He enjoys vlogging and that is what has become his speciality. Bilal Khan’s channel is popular because he doesn’t keep the vlogs about himself or his life, rather he takes his fans through different journeys and the best part is, almost every other celebrity has made an appearance on his channel. Bilal Khan shares Behind The Scenes of his projects, travelling, hangout with friends and celebrities, his channel covers every little detail. His videos are always fun to watch and he does the editing himself. Bilal Khan is totally dedicated to his YouTube channel and it can be seen that he enjoys creating such fun content for his fans and subscribers.

Arij Fatyma is comparatively new to the YouTube world but she has become consistent in posting videos now. Her channel is named after her. She has 117K subscribers and has posted 70 videos. Arij Fatyma’s content revolves around beauty, makeup, some vlogs and personal life experiences that she shares with her fans and subscribers honestly. Arij Fatyma got married and moved to Canada/US, since then she has started taking her channel more seriously. Her videos have a very casual and personal vibe to them, probably because she is managing her channel on her own and is exploring her content creation style at the moment.

Hina Altaf has a YouTube channel named after her. She has 106K subscribers and has posted 30 videos so far. Hina Altaf started her channel 4 months ago. Hina usually focuses on documenting Behind The Scenes of the different projects that she is a part of. Hina also does travel vlogs every chance she gets. Going by Hina Altaf’s channel, it can be seen that she has taken it as a hobby and is having a great time exploring the world of YouTube and creating casual content for her fans on the side.

Noor Bukhari has a channel named Noor Bukhari Official. She has a total of 364K subscribers and has posted 216 videos so far. Noor Bukhari’s content is varied and mostly revolves around showing her personal life and routine. Noor Bukhari does share makeup tutorials the most because she gets a lot of requests for them. Noor also keeps her videos basic and simple, without any fancy editing or graphics. Noor Bukhari also believes in sharing advice on different subjects regarding women and their societal issues. Noor has a lot of experiences therefore she believes in being open and honest, so that people can learn for her. Noor Bukhari also shares the religious side of her life with her subscribers as well and she gets a lot of appreciation for that from her fans.

Yashma Gill has almost 13K subscribers and she has posted 9 videos so far. Her channel is named after her and just by having a quick look at her channel, you can totally feel the girly vibes. Yashma Gill’s YouTube channel is just in the initial phase but she had made it quite fancy. It is obvious that editing and the production part is done for her but she enjoys being in the videos and taking her fans on her personal life experiences and experiments.

Ayesha Omar’s YouTube channel is named Ayesha Omar Official. She has almost 83K subscribers and has posted 14 videos so far. Ayesha Omar is not as consistent on her channel and is taking things slow. Her content creation style is also very relaxed which shows that she is treating it as a hobby as of now. Ayesha Omar has given an insight into her lifestyle, has shared Behind The Scenes of Bulbulay, has also shared some recipes and general vlogs so far.

Hira Tareen’s channel is named after her and she has 36K subscribers. Hira Tareen joined YouTube over a year ago and has posted 22 videos so far. Hira Tareen’s videos are edited by her and she keeps her videos very personal by sharing a lot of her life. The title image of her channel says it all because her channel is mostly beauty and style related. She does posts vlogs and makes sure to document most of her travelling as well. Her style is easy-going with a bit of fun and humor too. Her husband Ali Safina is also a part of most of her videos and it is nice to see them having a laugh at a thing or two in every other video.

Mohsin Abbas Haider’s channel is titled mohsinabbashaider. He has almost 56K subscribers and has posted 125 videos so far. Most of Mohsin Abbas’s videos are related to the show Mazaq Raat and are snippets from his performances on its episodes. Mohsin Abbas often shares few Naat and Nohay on his channel too. His videos are nicely edited and executed.

Hira Hussain has just started her journey on YouTube. She has only posted 4 videos and has 800 subscribers so far. Even though there is nothing much that has happened on her channel but it seems Hira will continue to make most of her content about beauty and style.

Hania Amir has only posted 2 videos on her channel which goes after her name. She has 135K subscribers and this is just after she has posted only couple of videos. This goes to show how well and truly loved she is. If Hania Amir will take her channel a bit more seriously, her fans will be in for a treat and the subscriber count will skyrocket for sure.

Faisal Rehman has 15.6K subscribers and has posted 91 videos. Faisal Rehman has taken a break and has not been much active on his YouTube channel for now. Most of his videos were vlog styled content which he created showing behind the scenes of his current or upcoming projects.

Osman Khalid Butt’s YouTube Channel was named TheLivingPicture. Osman Khalid Butt did YouTube 7 years ago when he resided in Islamabad and posted videos where he mostly shared his opinion on current affairs. He and his friends made a lot of skits too and that got him a huge popularity. When Osman Khalid Butt became an actor he stopped making videos. Right now his channel sits on 18K subscribers and still has his old videos. 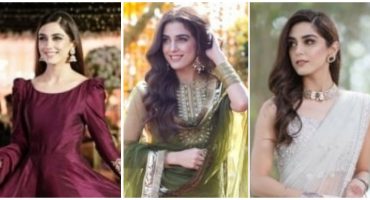 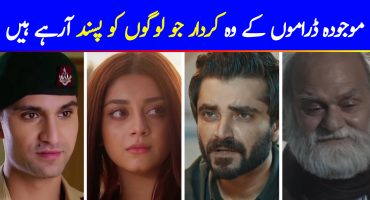