Hira Mani is one of the big names of the industry when it comes to acting. Hira Mani made her space in dramas in a very short time span. Hira started her career as a host but later on, she became a part of the acting league. Hira has been a part of dramas like Preet Na Kariyo, Sun Yaara, Do Bol, Ghalti, Kashf, and a few others. Hira is the mother of two sons.

Hira Mani’s dress sense is often criticized by the netizens. She mostly wears sarees at family events. Recently Hira uploaded a few pictures on her Instagram in which she is seen wearing a T-shirt as a blouse with a saree. 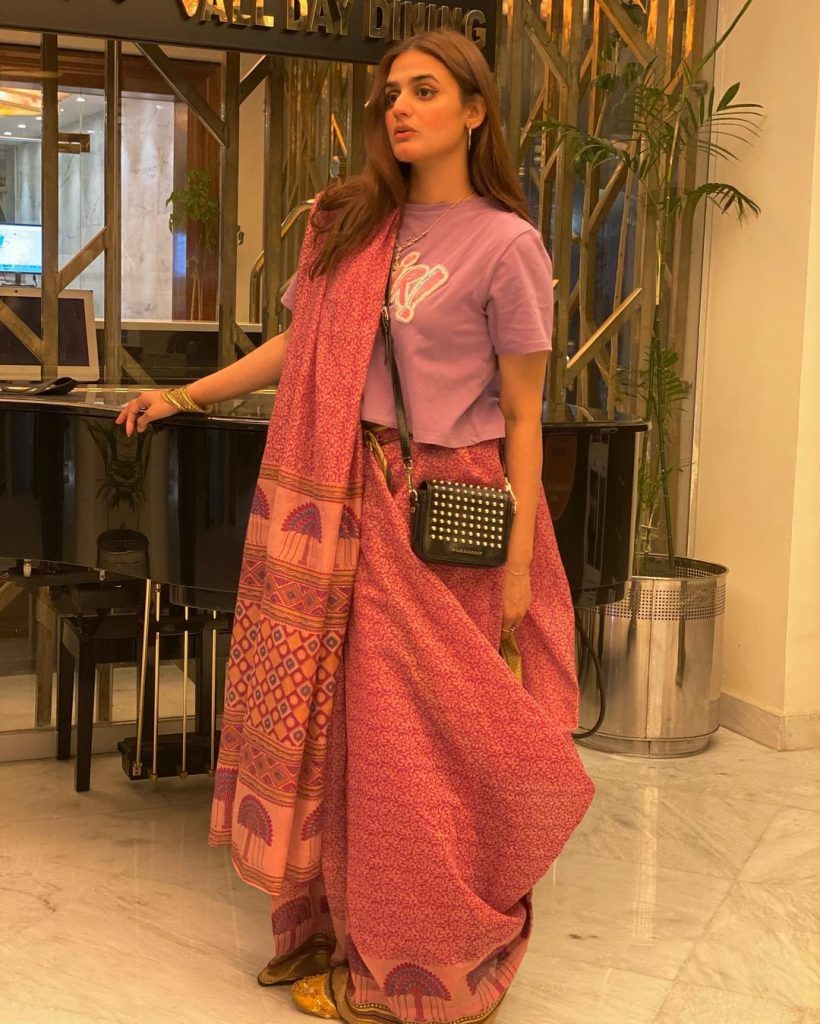 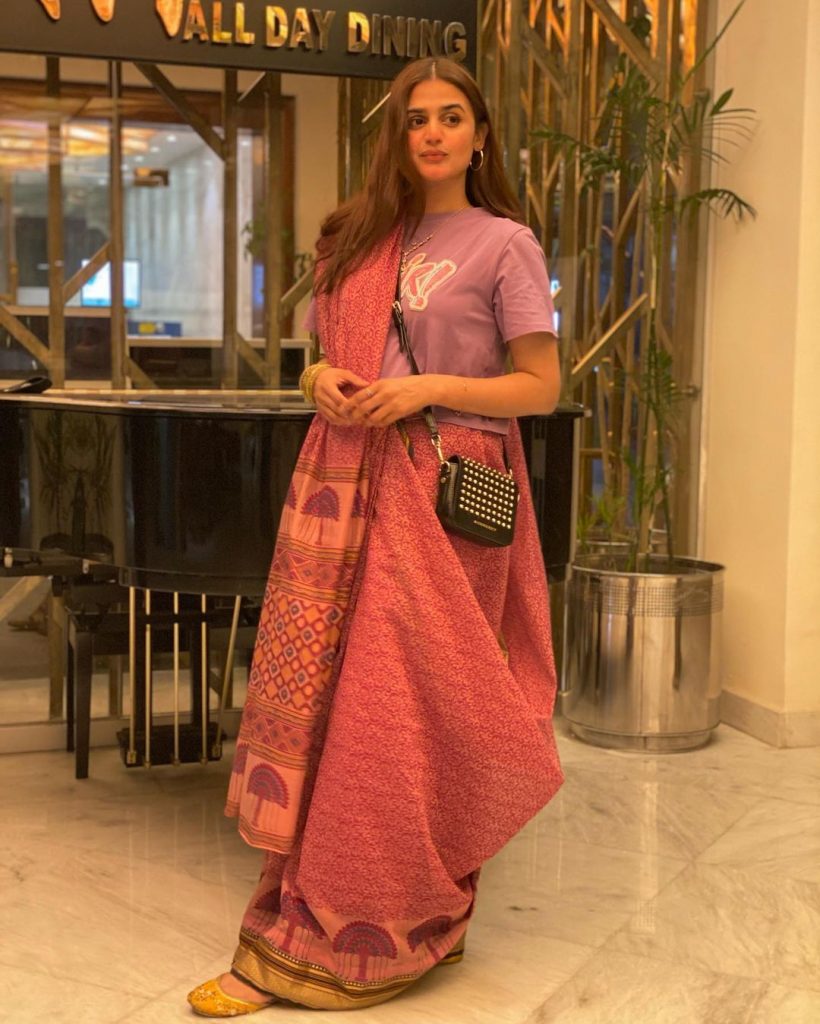 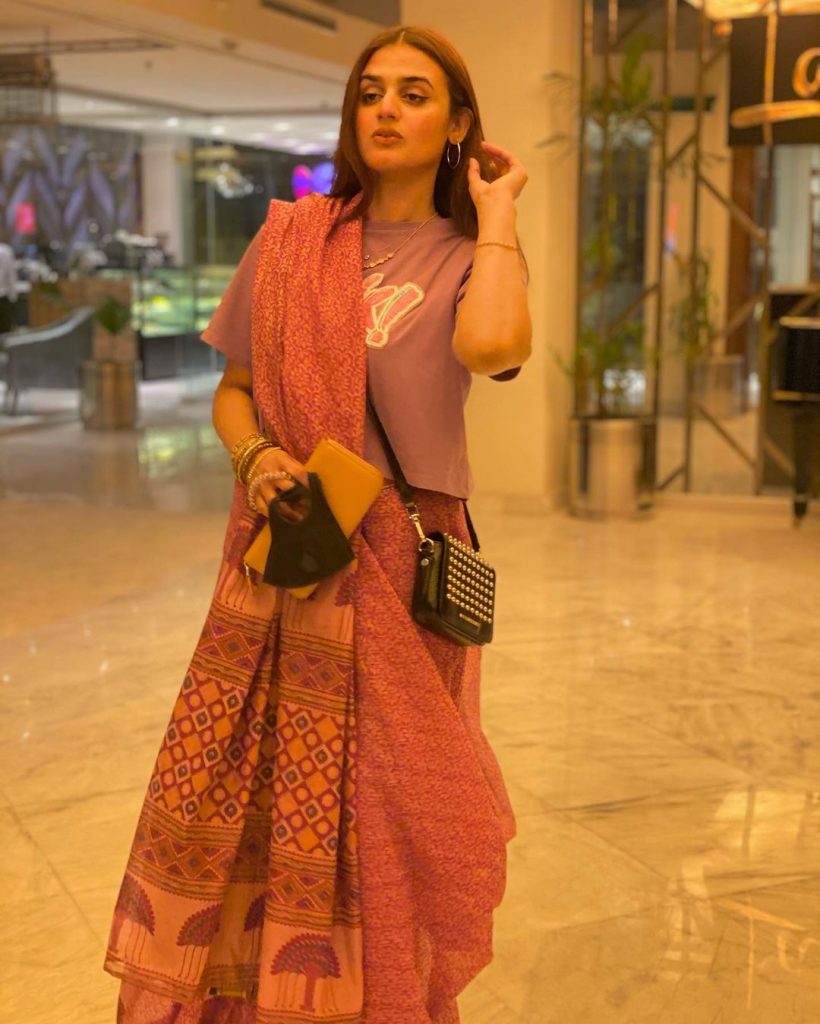 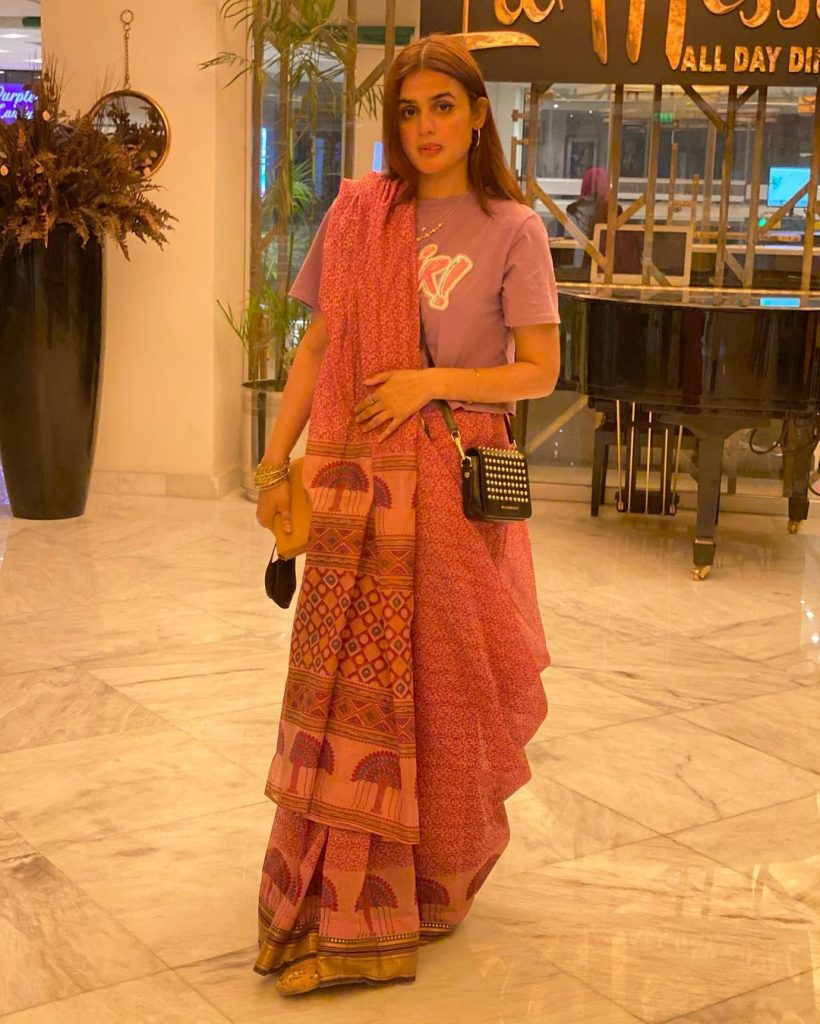 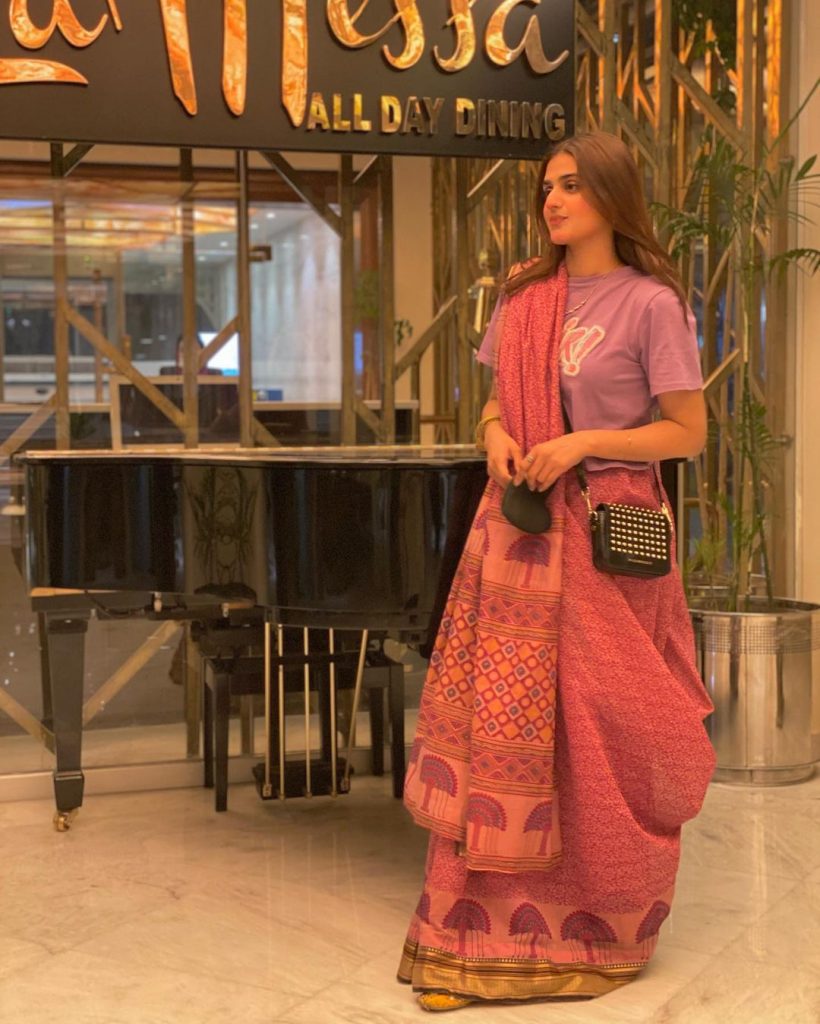 People are unable to understand the dressing sense of Hira Mani in the pictures above. She is receiving severe backlash for running a classical dress-like saree. Here is what people have to say about Hira Mani’s dressing: 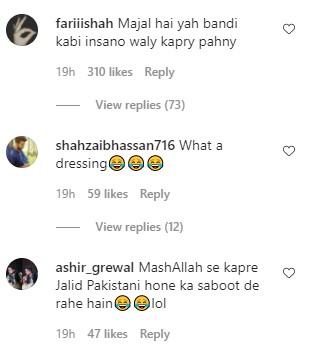 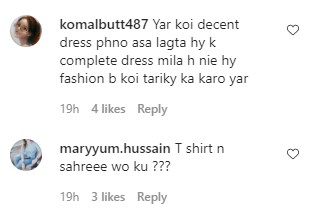