In Pakistan, the wedding season has created a buzz. A lot of lavish wedding events are happening and also making waves on social media because of their grandeur. Many different than usual events are also getting highlights on social media. A few days ago, an unusual video of a bride went viral in which two of his brother in laws are touching her knees as per the ritual. According to the ritual, the brother in law touches knees of bride and she gives them money. In the video, the boys have held the knees of bride tightly which is making her uncomfortable. Have a look at the video:

All the people are criticizing the video and saying that such kind of rituals should be abandoned as they are truly against Islam and no boy can touch the knees of any other girl expect for the Mehram one. Well, many others said that the ritual should be named as the most obscene ritual and not Goda Pakrai. Almost everyone was against such rituals. People said that these rituals need to be abandoned otherwise they will be causing harm to society. Many said that the family’s depiction of the ritual seemed over the top. Here are the comments: 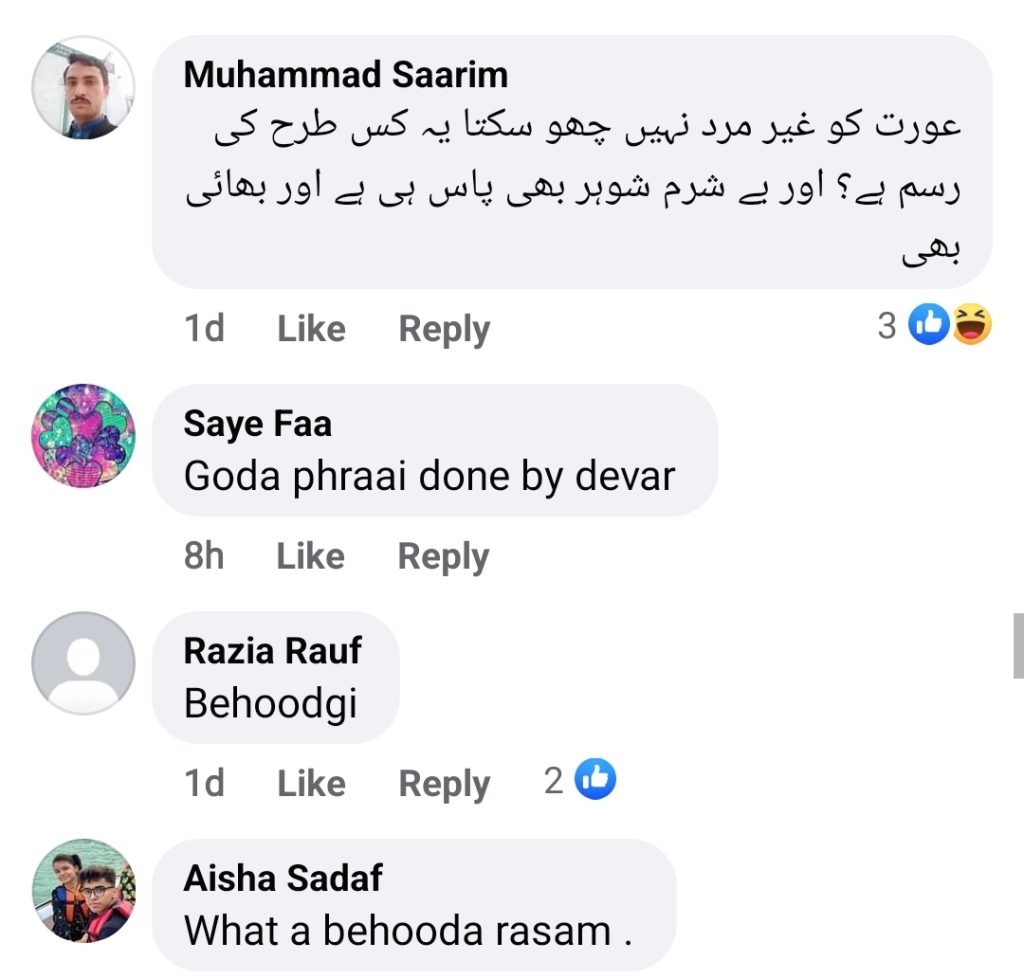 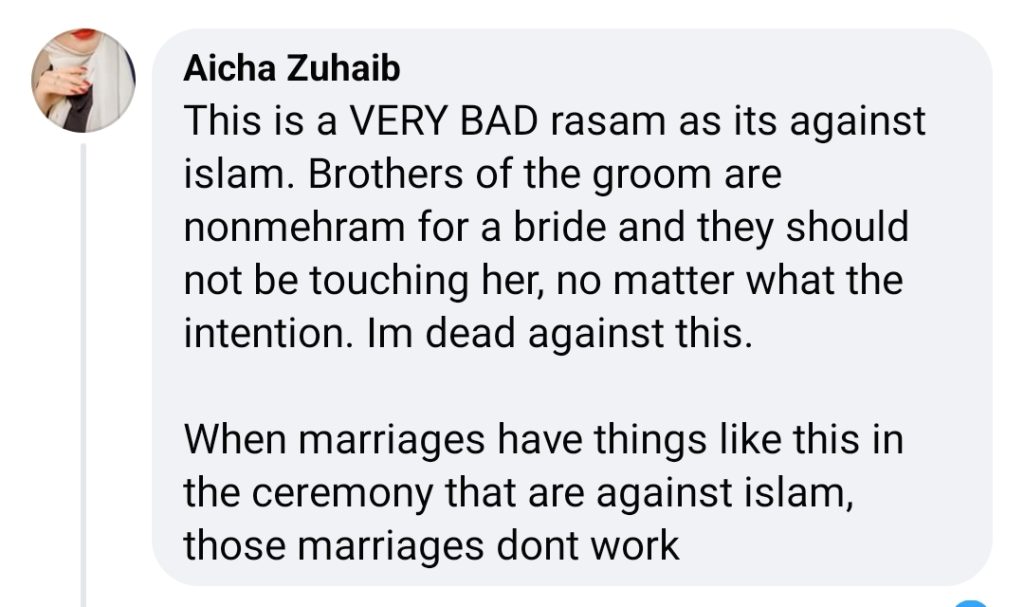 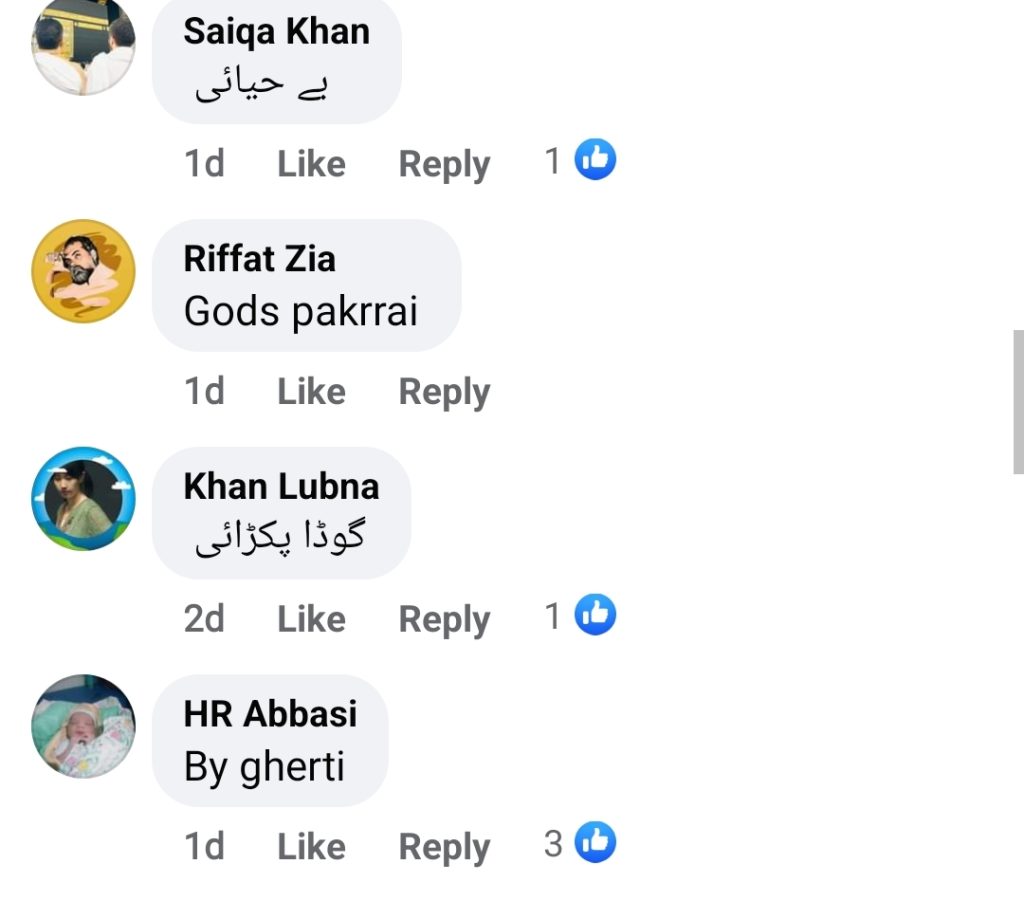 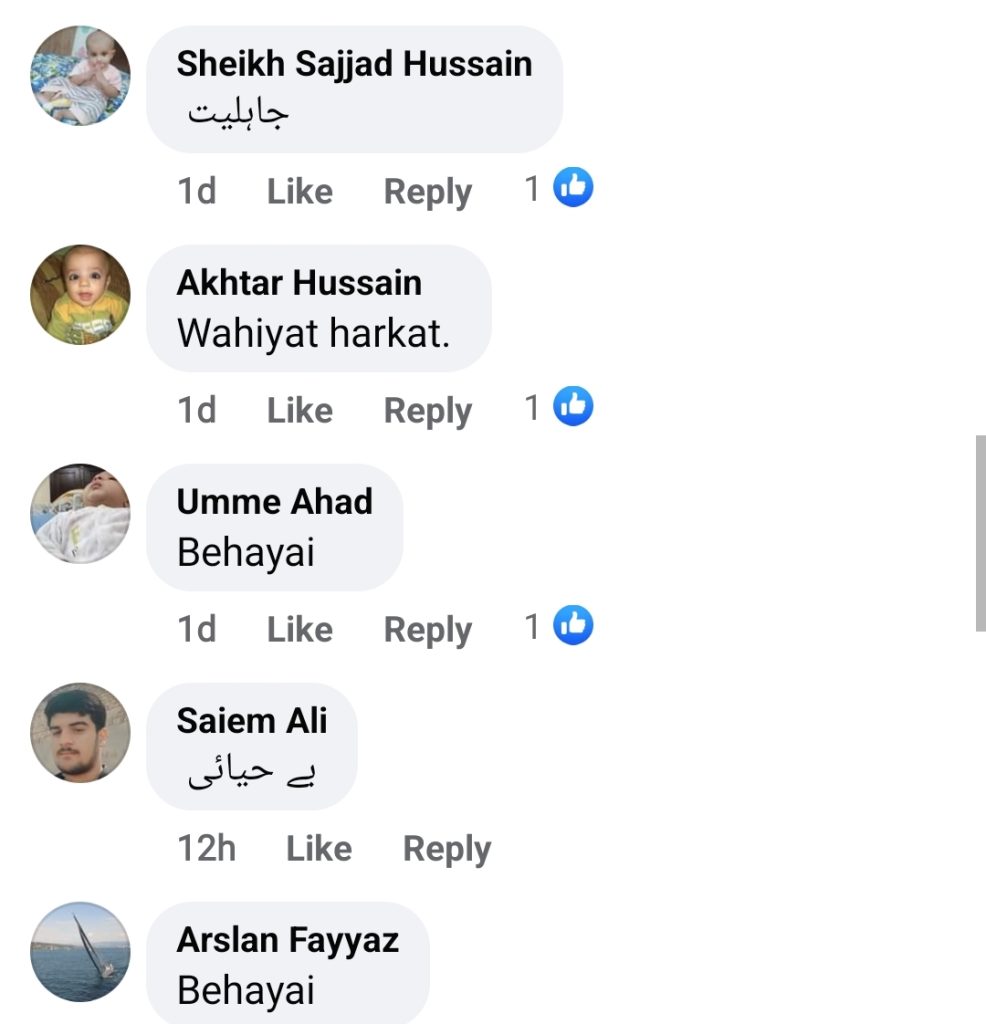 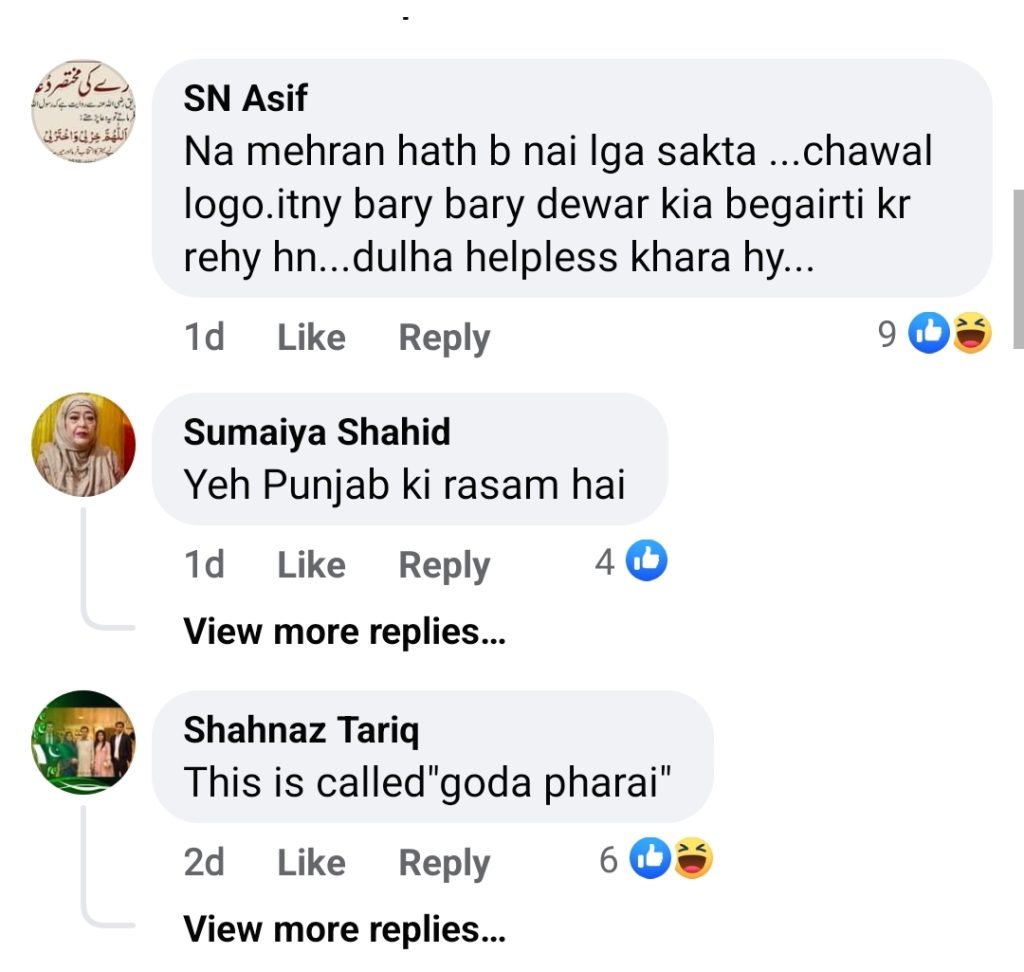 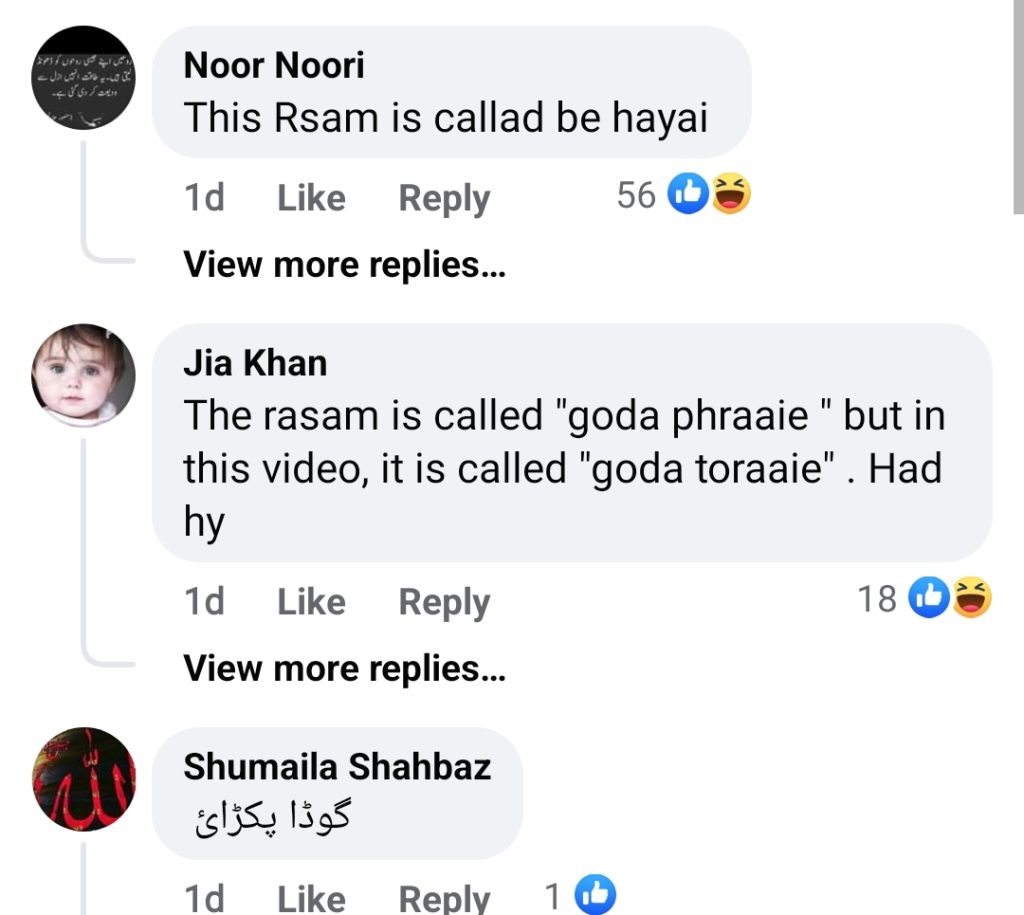 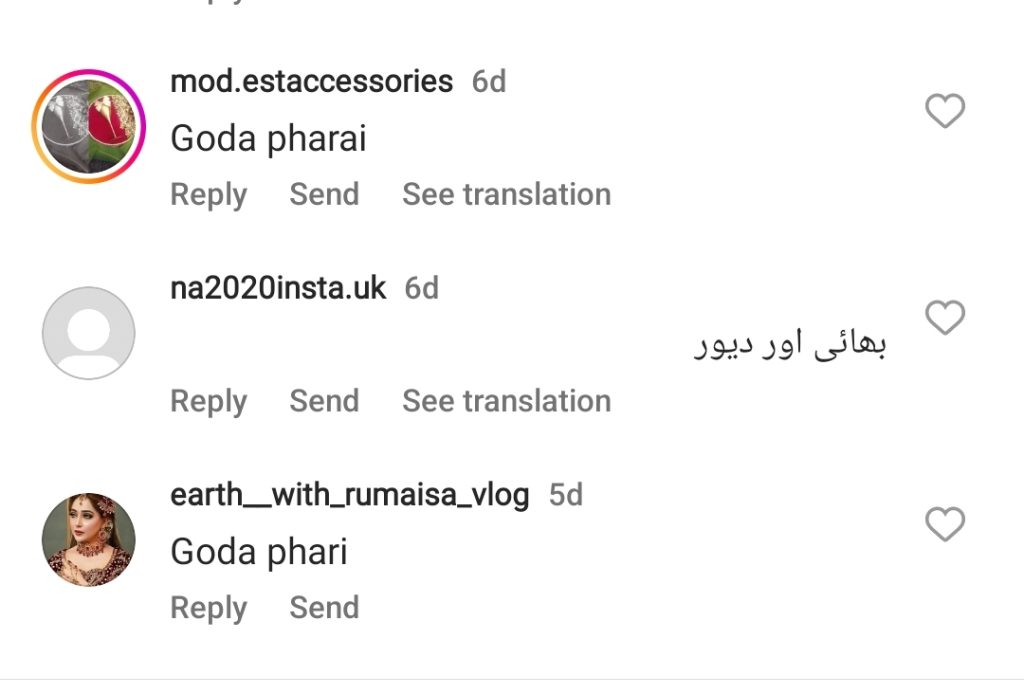 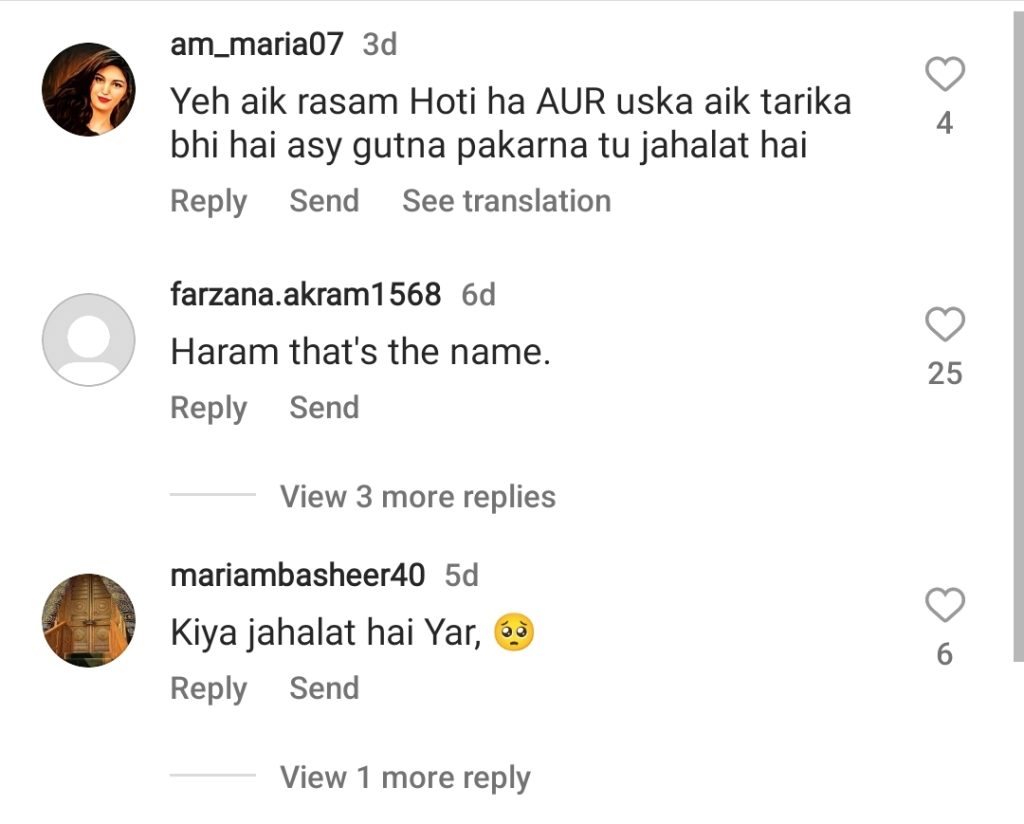 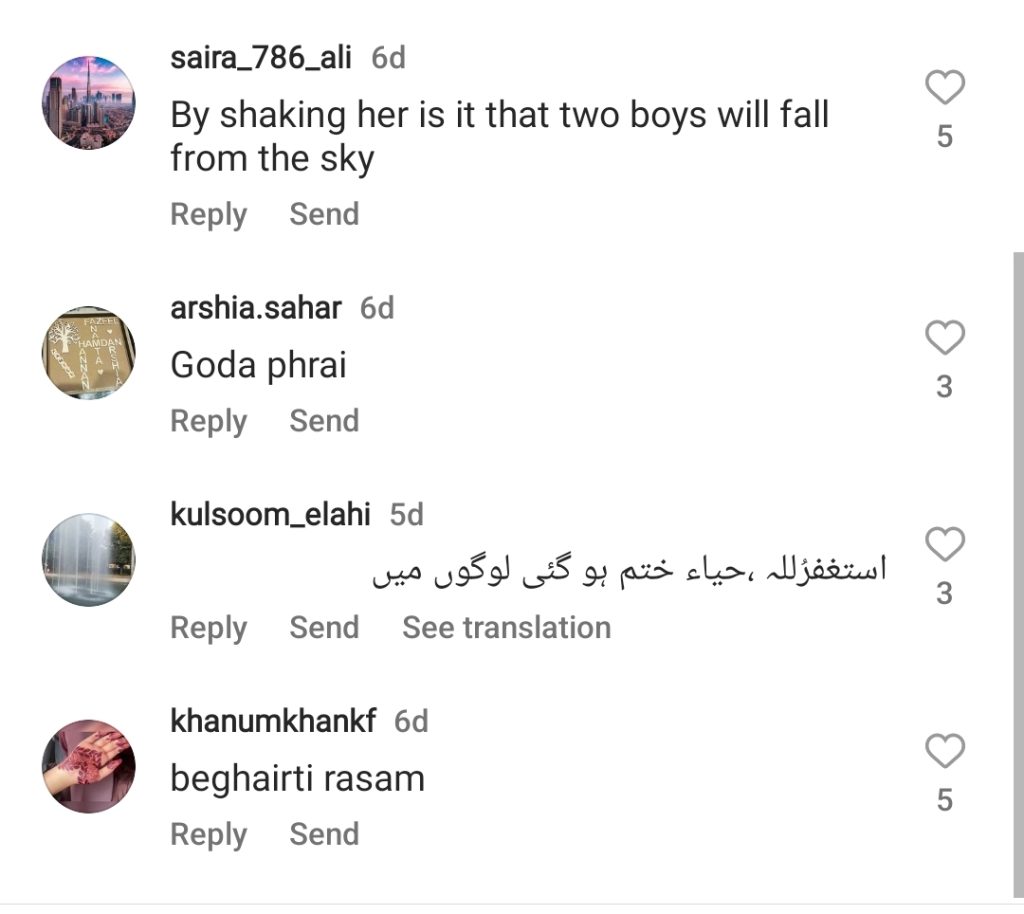 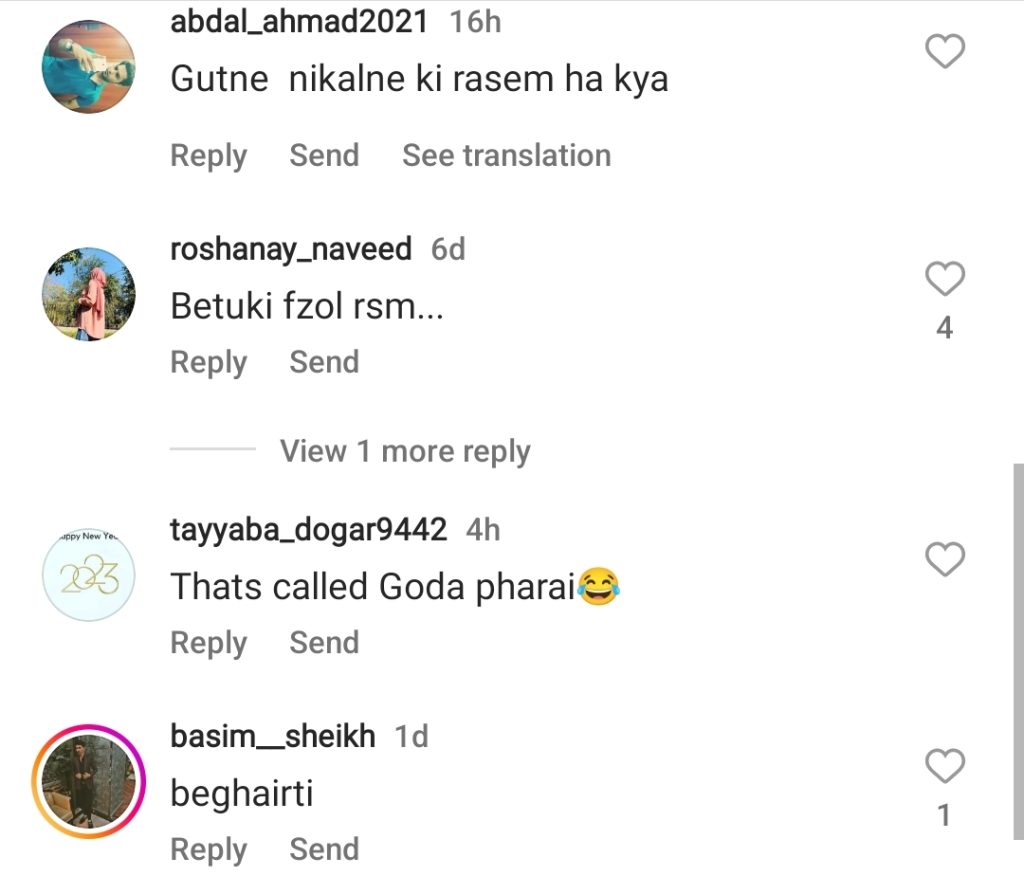 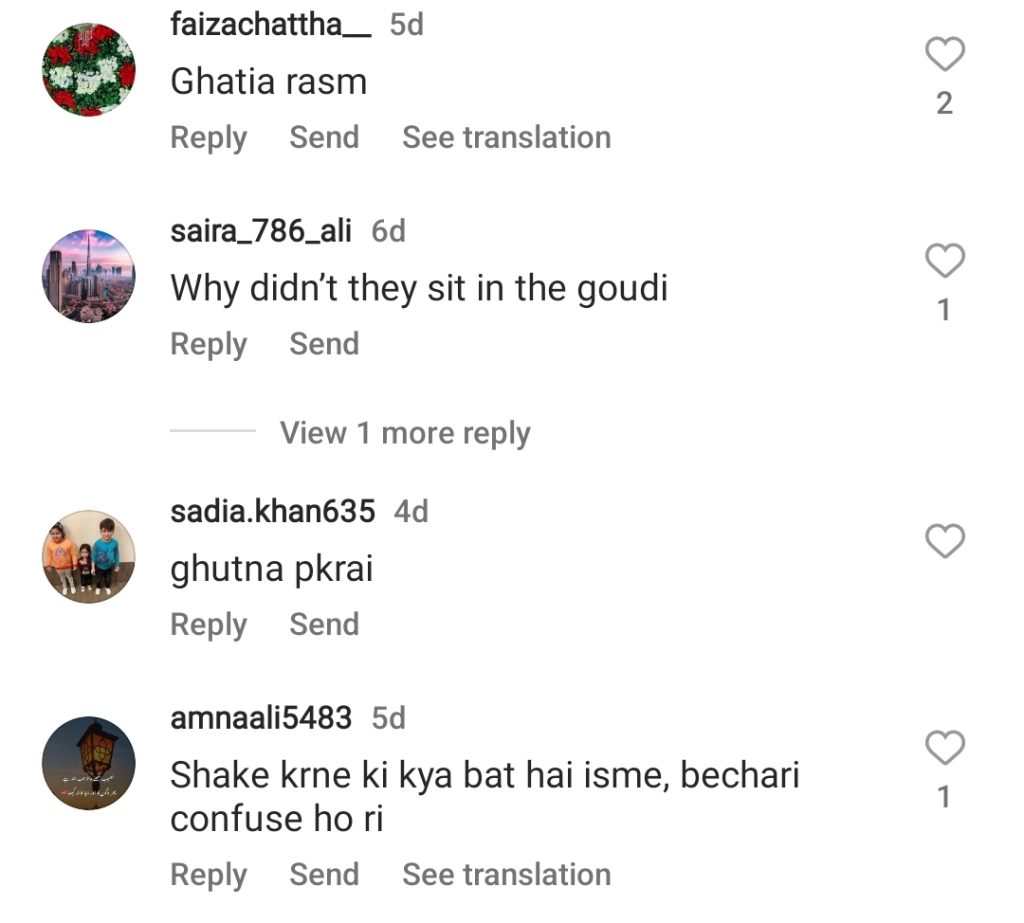 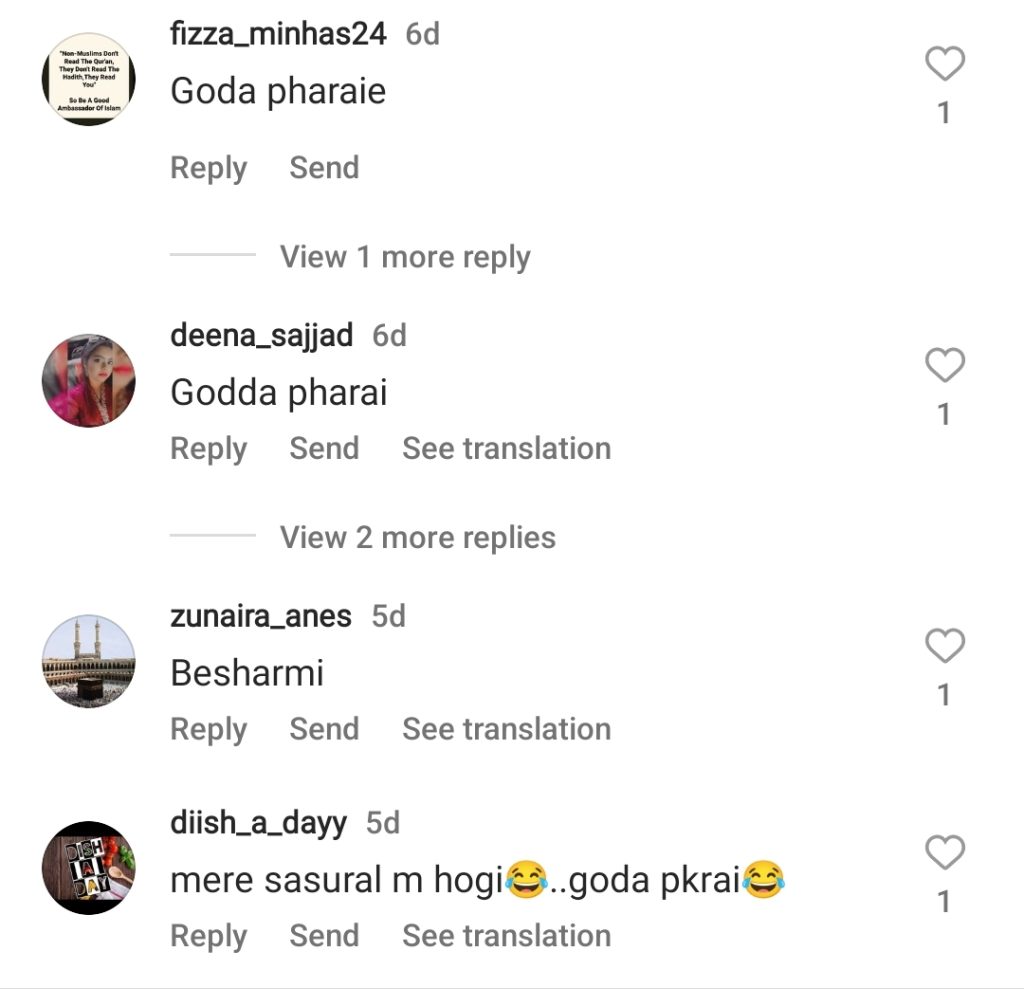 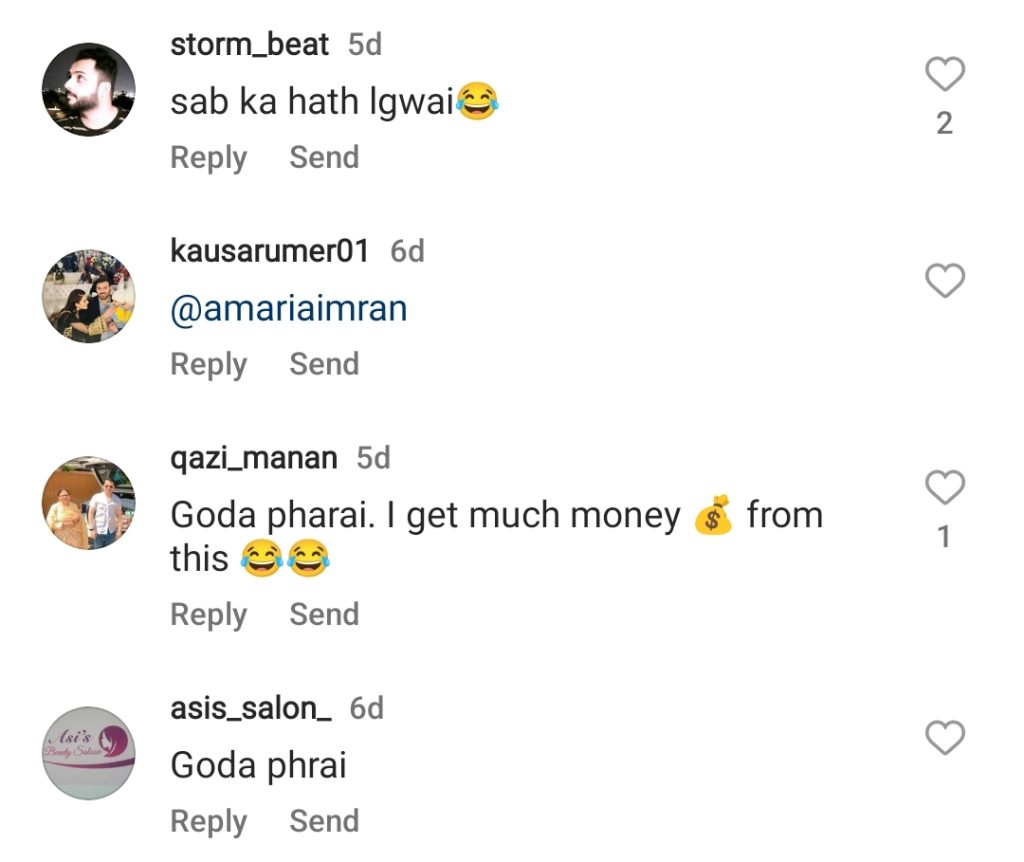 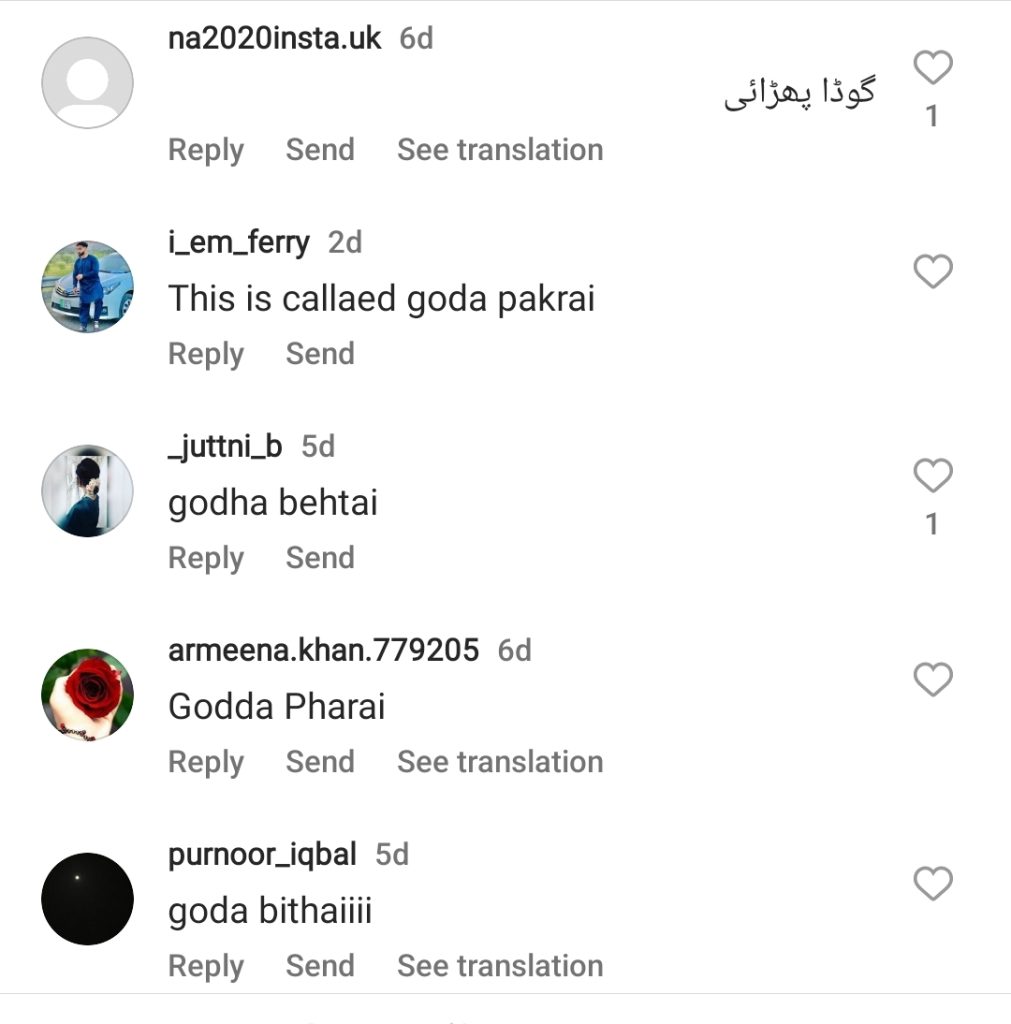 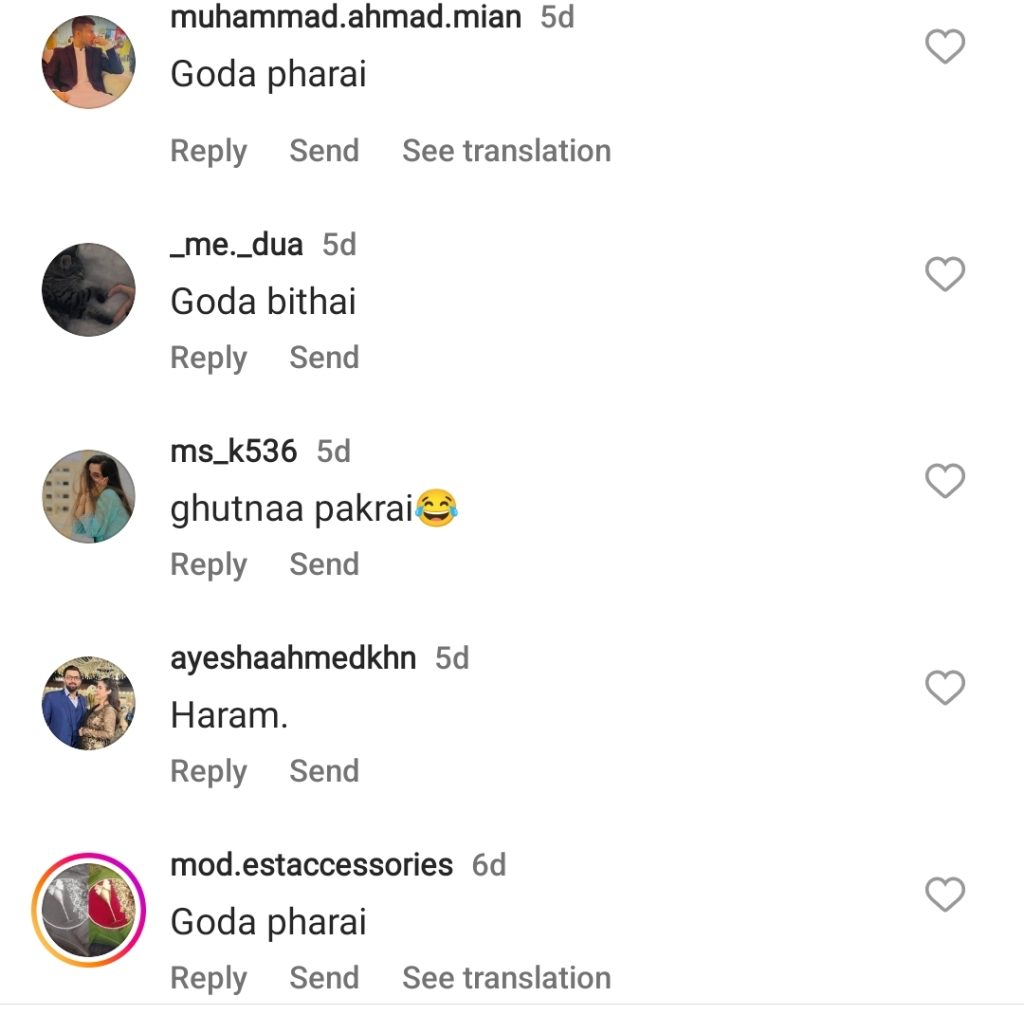 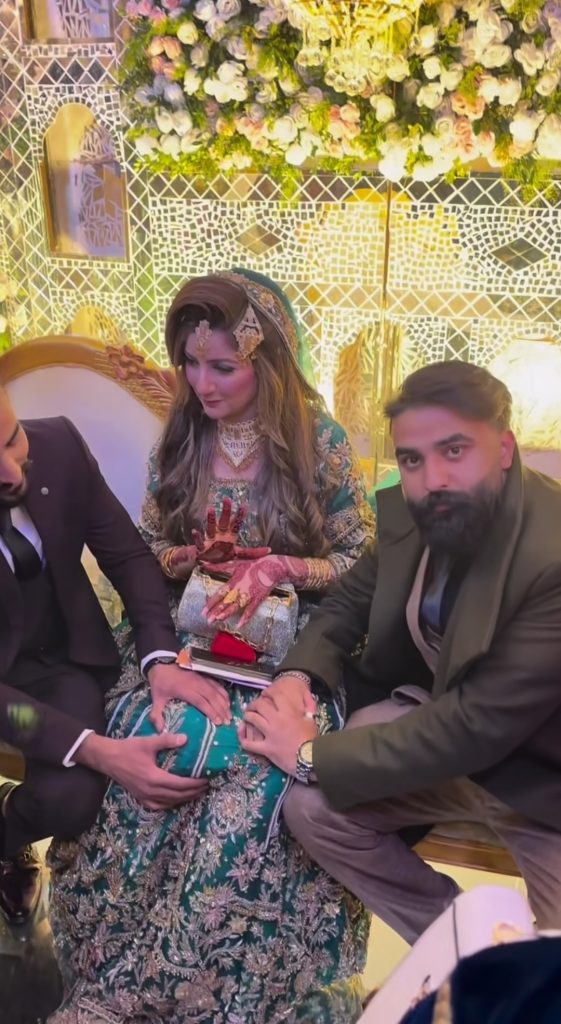 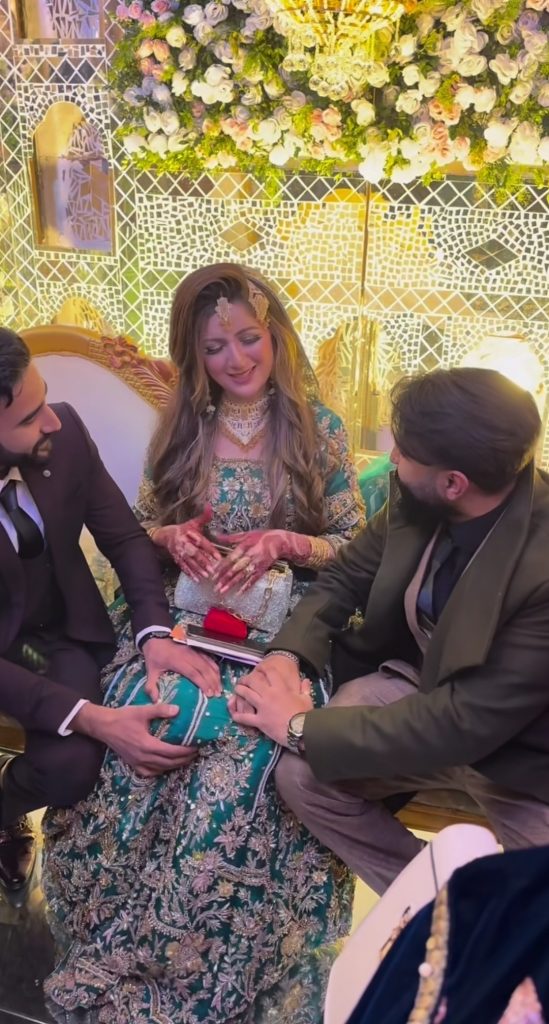 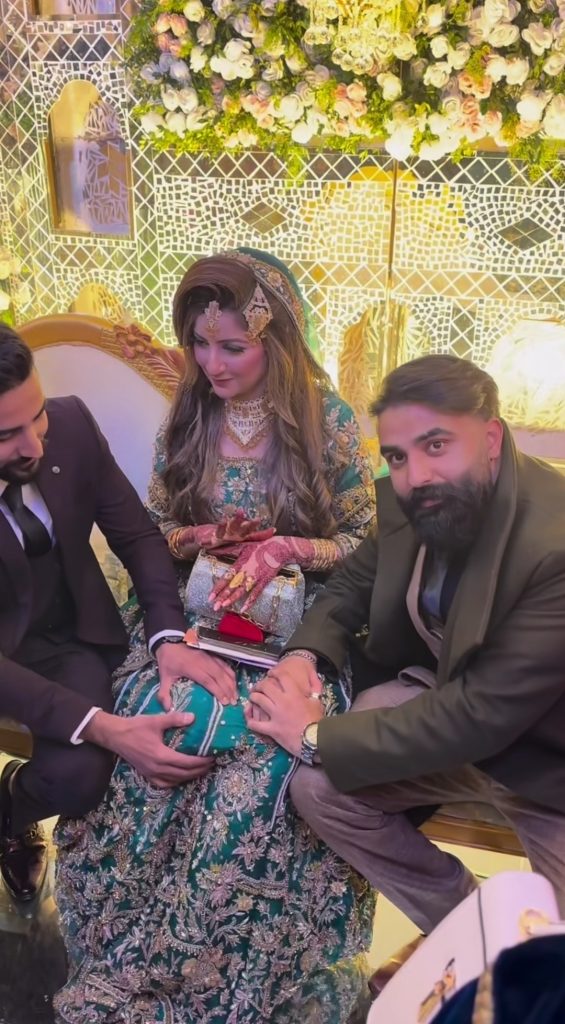