Public Criticism on Showering of Money In Wedding

In Pakistan, the wedding season is on its peak. Pakistanis are fond of arranging lavish and over the top weddings which include weird rituals like showoff and display of money. Also, a few days ago, videos of Brides and grooms went viral because they were unusual and uncomfortable. In one video, a groom threw smoke on bride’s face and laughed out loud. In another video, the brother in laws of a bride touched her knees and demanded bucks as per a ritual. Besides this, extravagant dances also make headlines but the thing which hurt Pakistanis the most is throwing of the money in the weddings. A video of wedding from the city Mandi Bahhauddin is going viral in which the family of groom or bride is throwing money from terrace and people are catching it. Have a look at the video:

The public criticized the family on their display of wealth. One user said, “When the poor are striving for food, that’s how the country’s colonial powers play with them for their satisfaction”. Another Instagram user wrote, “Proves the point – money can’t ever buy class” . They said that Pakistan is in the worst economic conditions and people are dying for flour and they are throwing money. Many said that they could arrange weddings of orphans or poor from this money. Have a look at the comments: 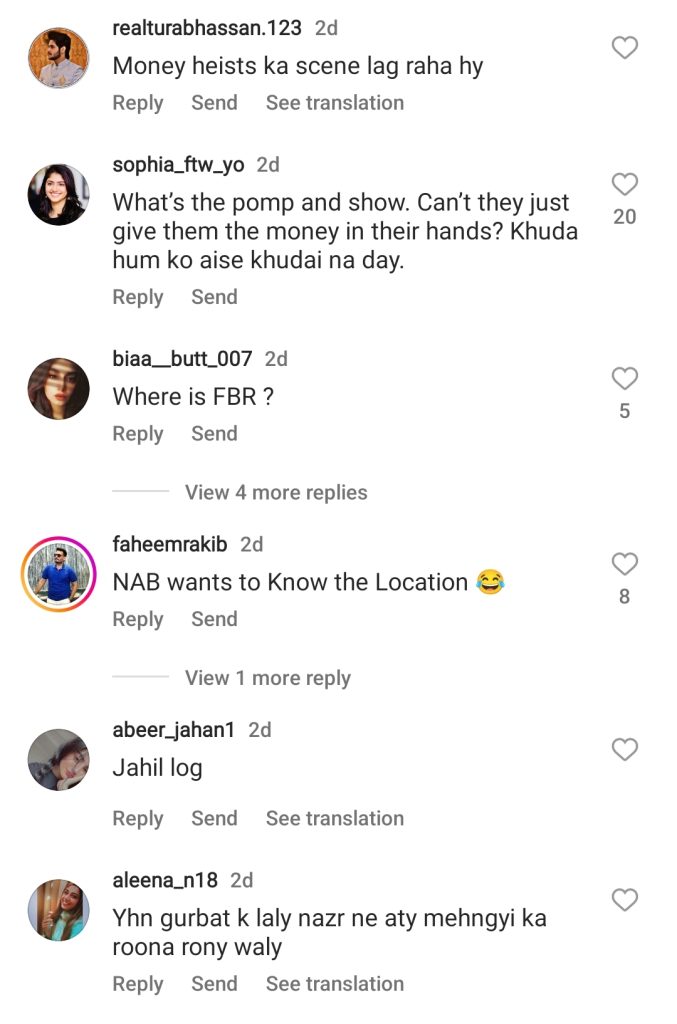 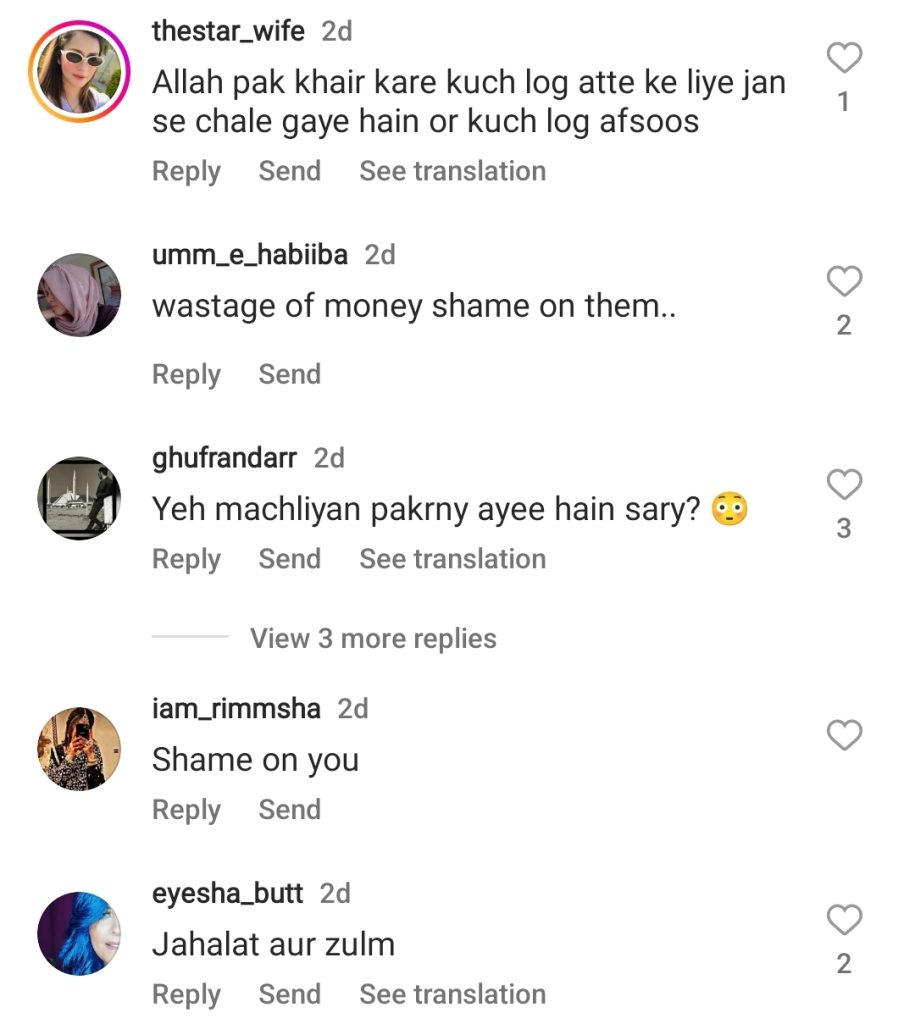 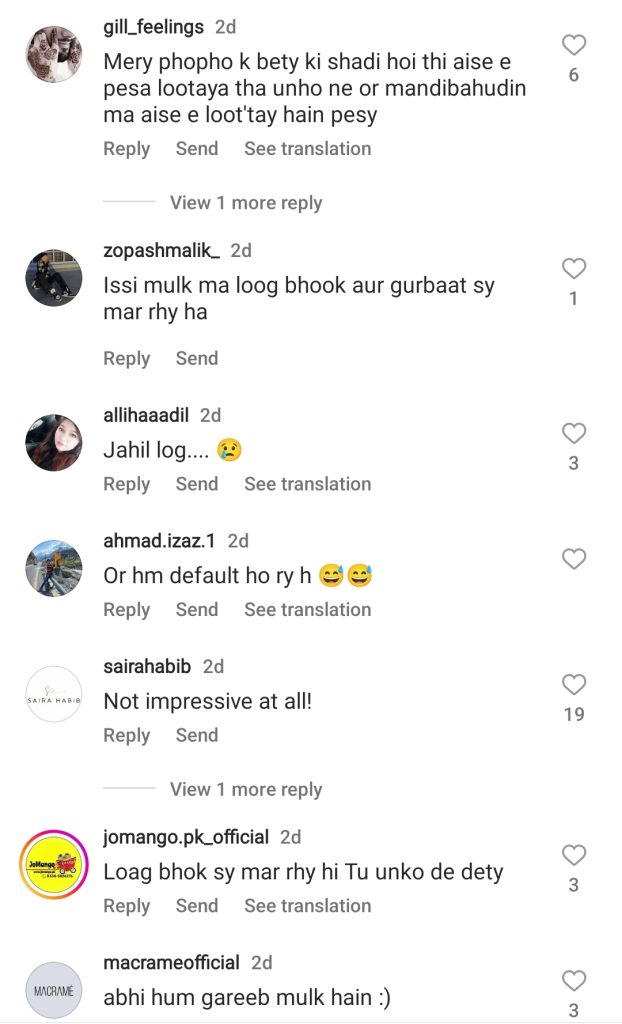 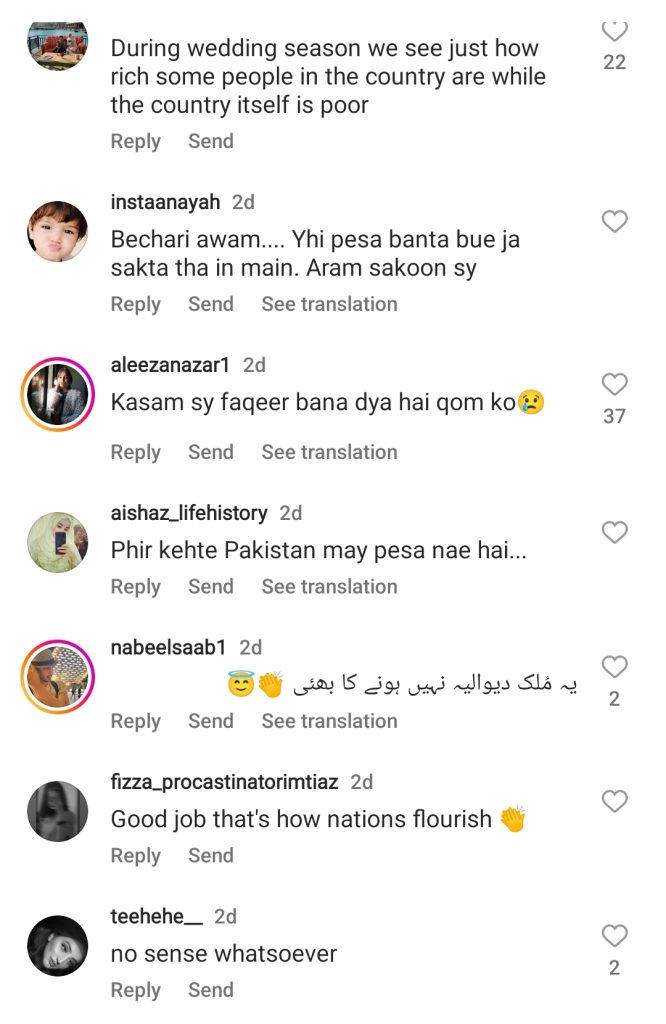 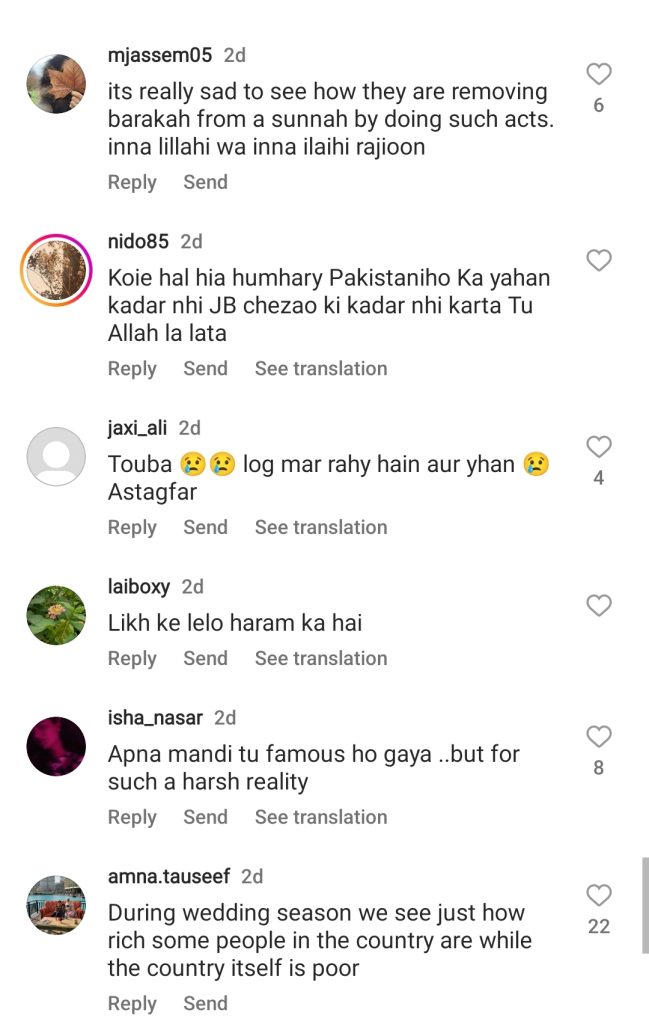 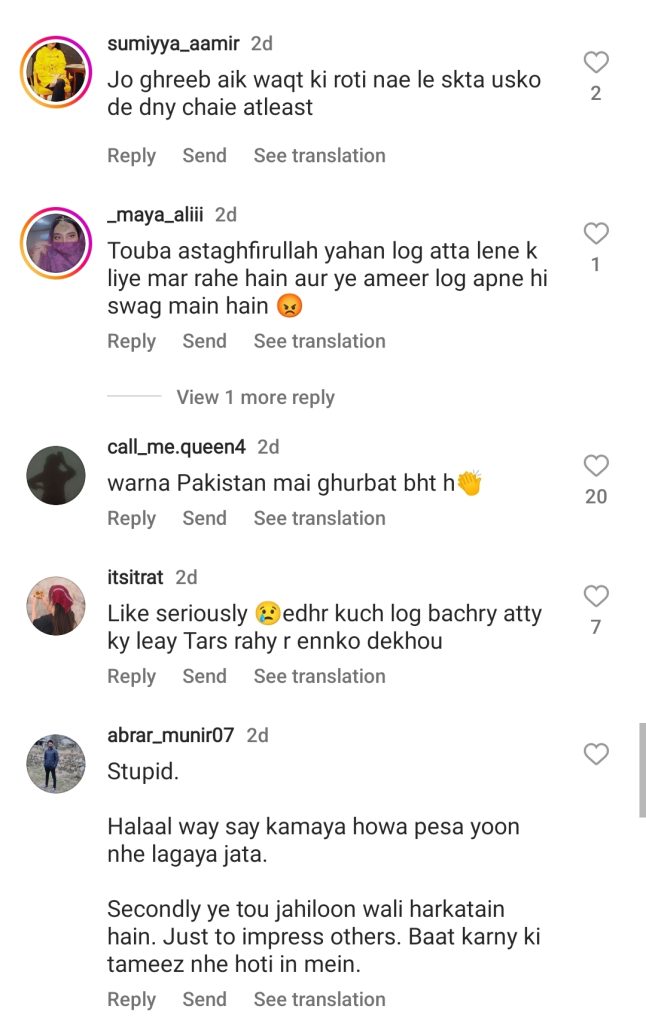 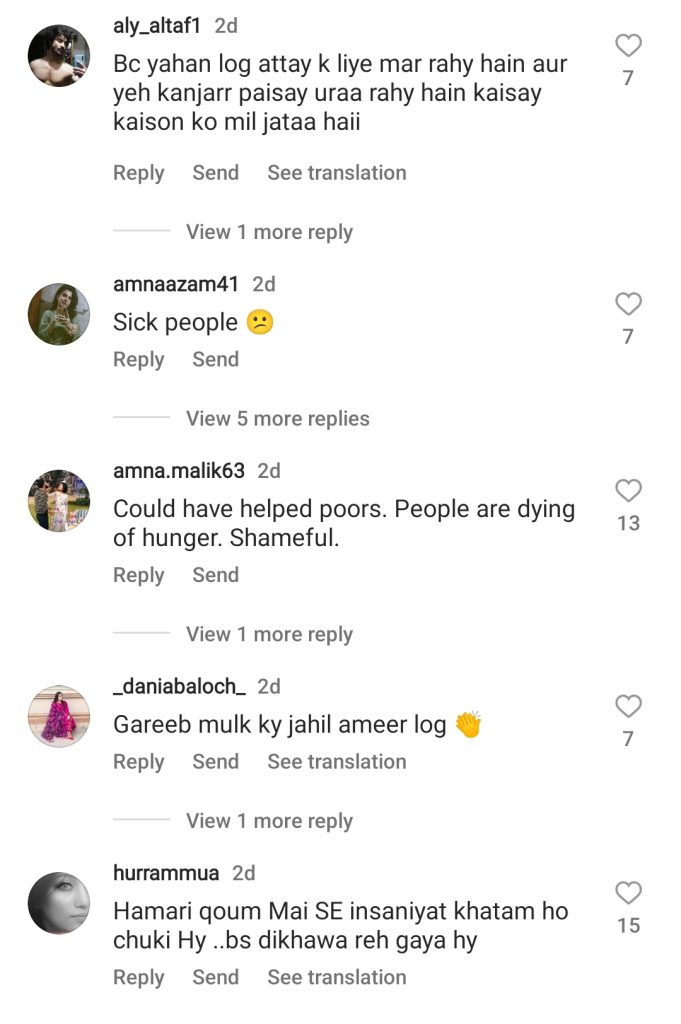 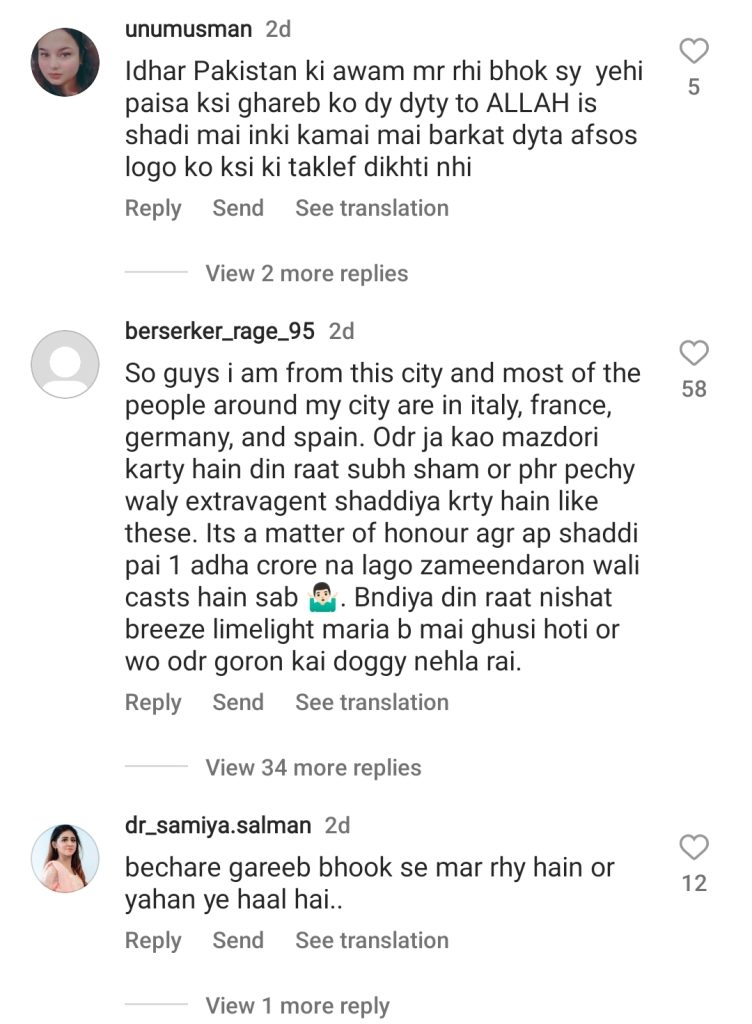 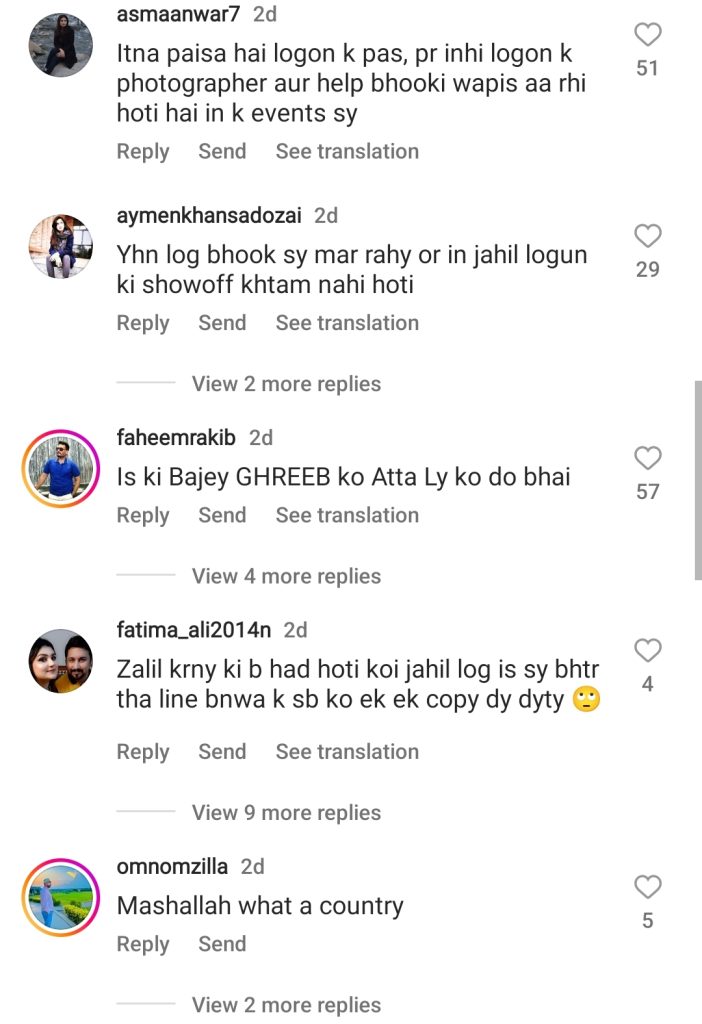 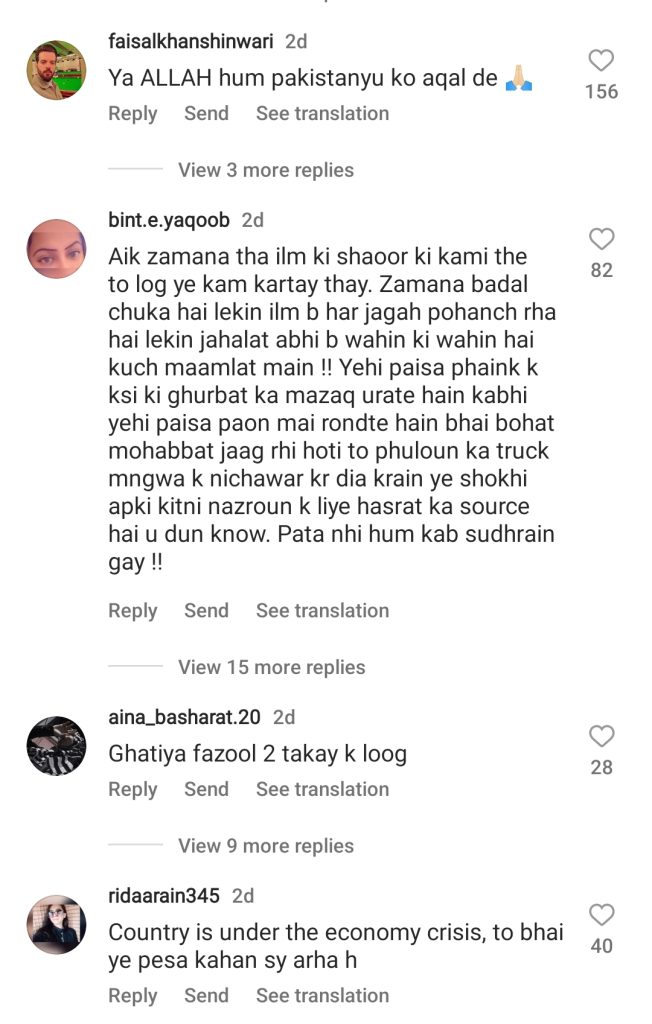 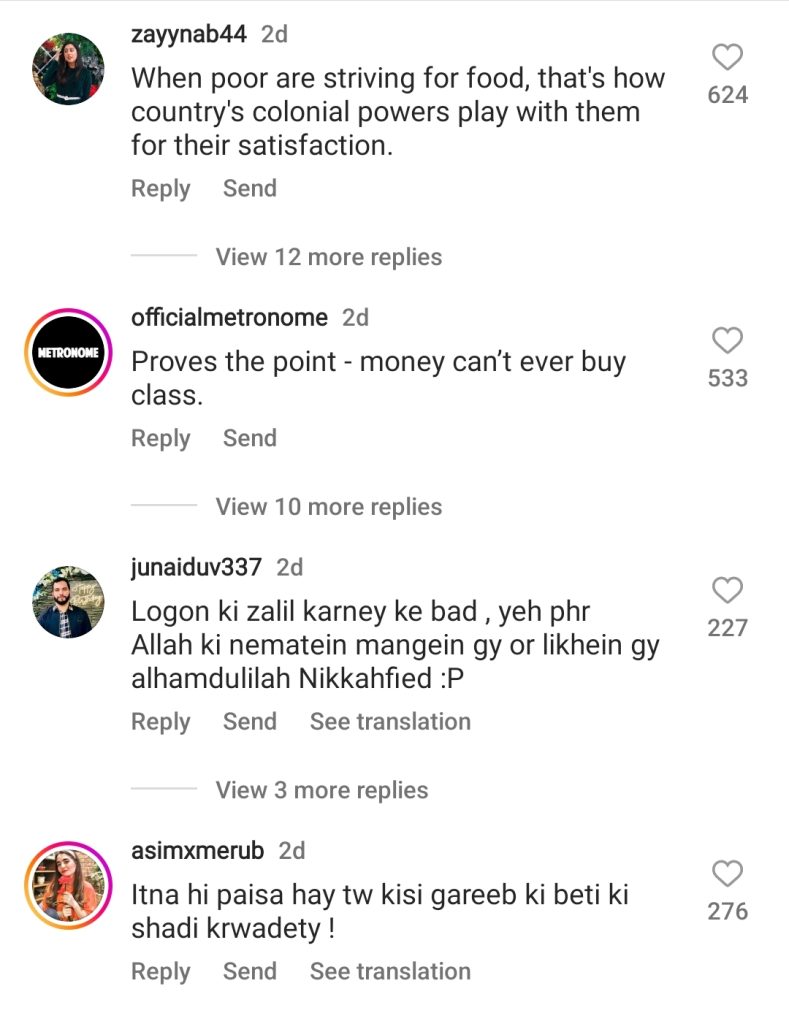 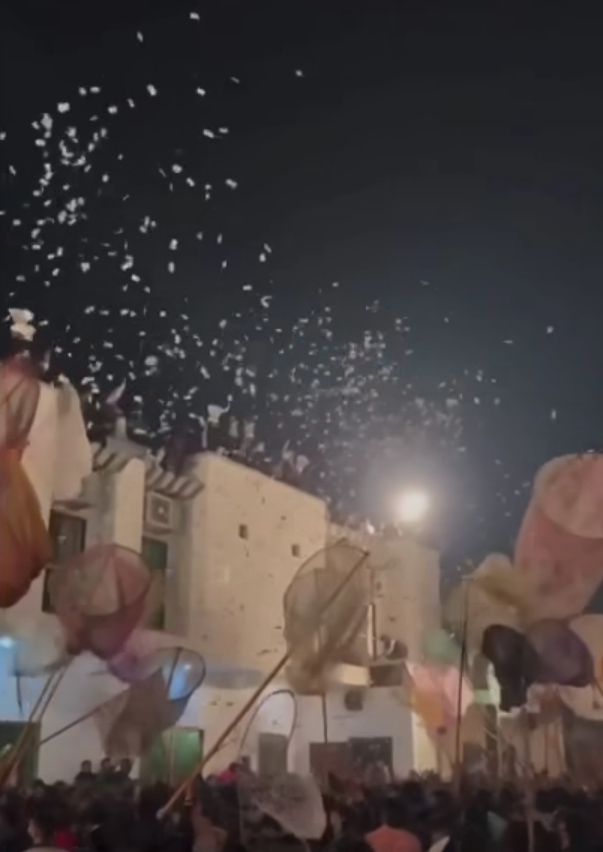 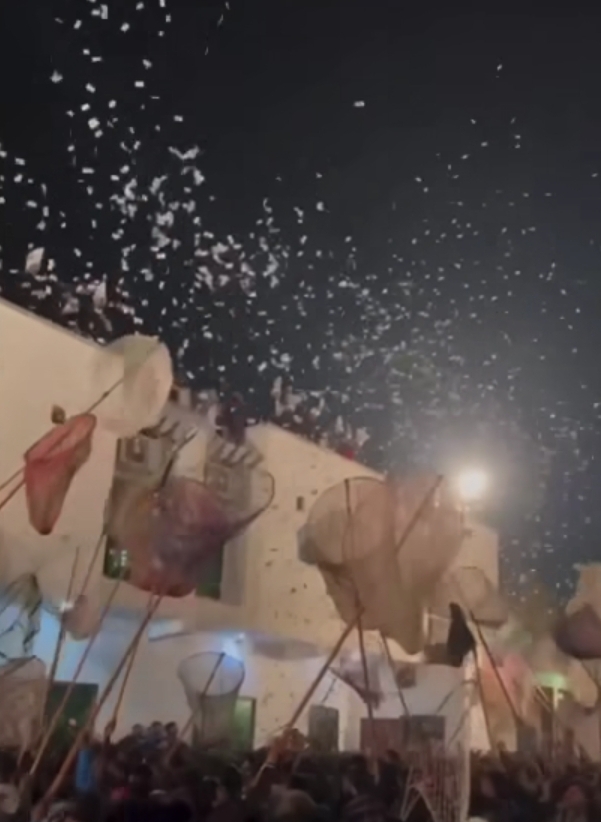 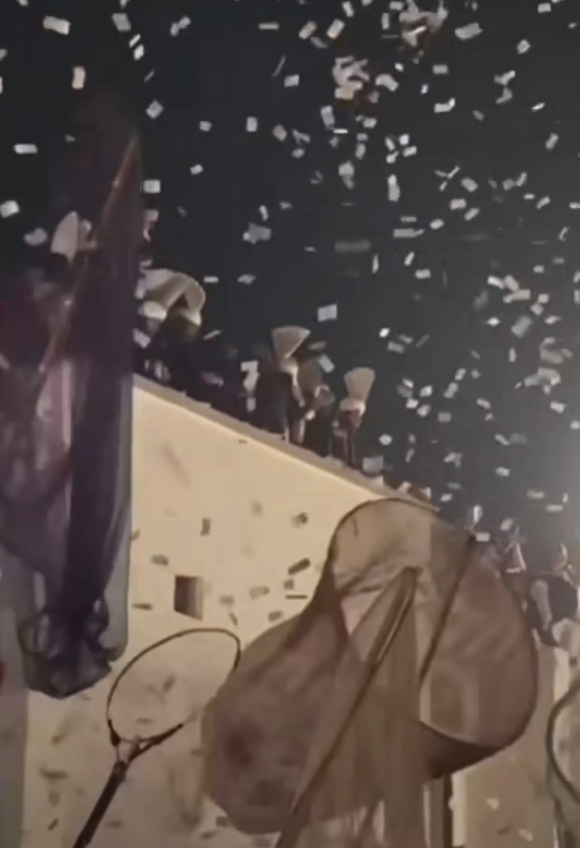