Qandeel Baloch Claims She Is Getting Threats, Wants Security

Qandeel Baloch has done many things to gain cheap popularity but this time what she has done is bigger than anything else she has ever done before. Her scandal with Mufti Qavi did not only make her very popular but also effected Mufti’s reputation and career in the worst way. In the latest Press Conference today Qandeel Baloch said that she was getting many life threats ever since she revealed the real face of Mufti Qavi. She said that she needed security because her life is in danger. 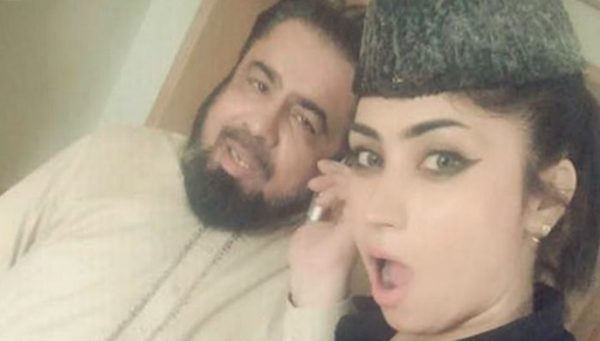 Qandeel Baloch was very emotional all through the Press Conference and almost cried when she revealed,

“My sources have told me to stay underground. I have been confided within the four walls of my house, I have lost my peace of mind, I feel like a prisoner.”

She said that she was being punished like this because she brought the truth forward. She added,

Qandeel Baloch also said that she registered a complaint with FIA because her passport and identity card was being shown freely on social media. She said,

“No one has the right to show my legal documents on social media like this. Who are these people who are after me? I want to find out.”