Nawal Saeed is a new emerging talent in media in Pakistani media industry. Nawal is a Pakistan actress and model. She joined the showbiz industry in 2017. She appeared in many TV commercials. Nawal got popularity from her appearance in the super hit drama “Yakeen Ka Safeer” with Sajal Ali and Ahad Raza Mir. She was interested in music before joining the acting field. 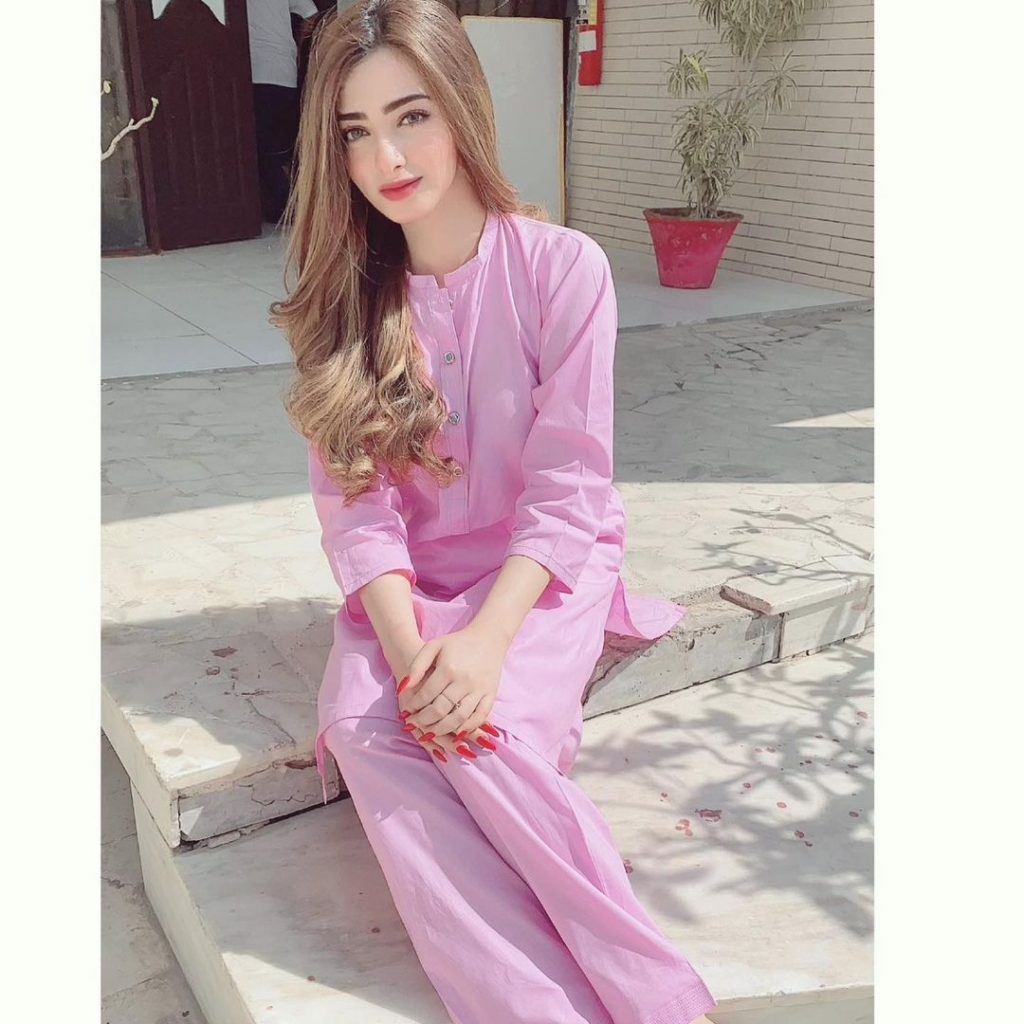 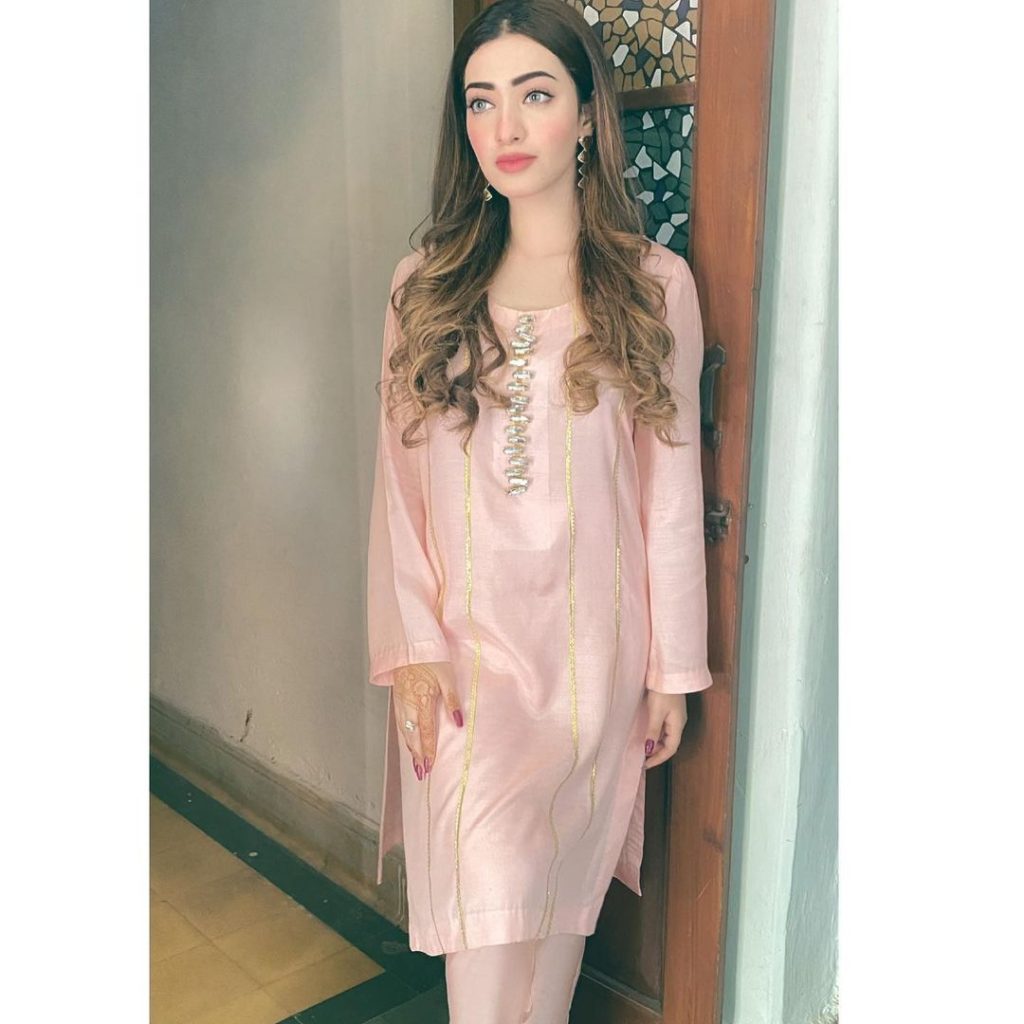 Lately Nawal Saeed was featured in a bridal shoot for “Royal Salon”. 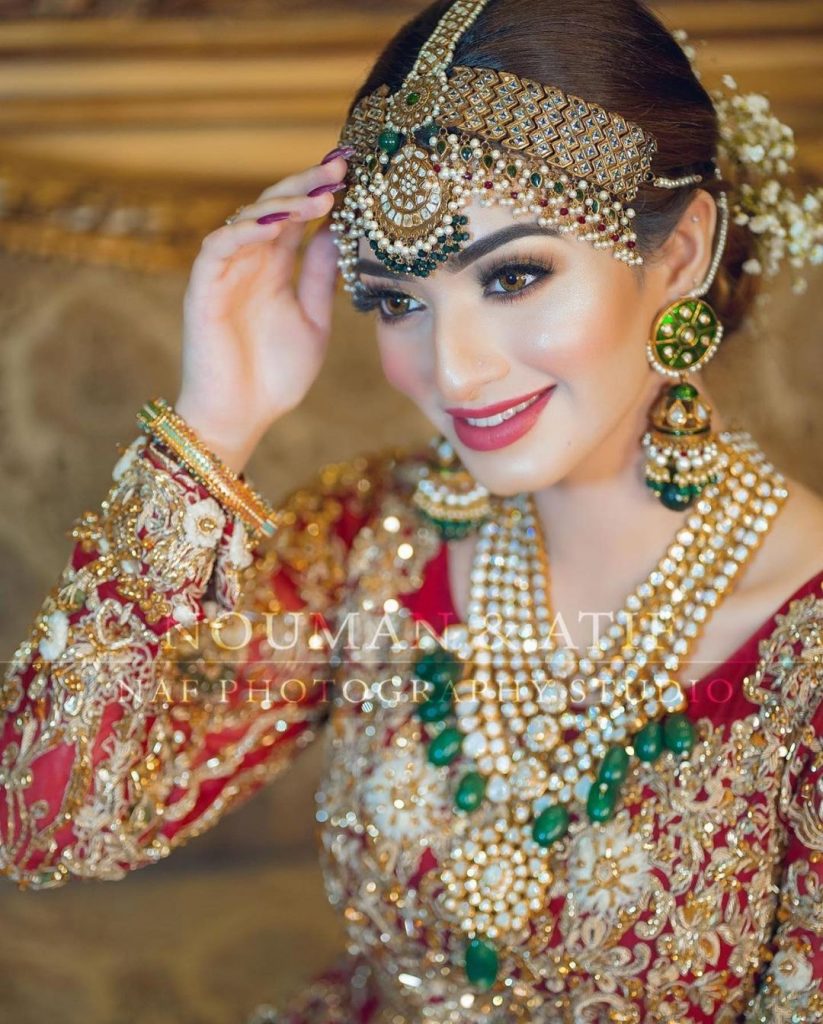 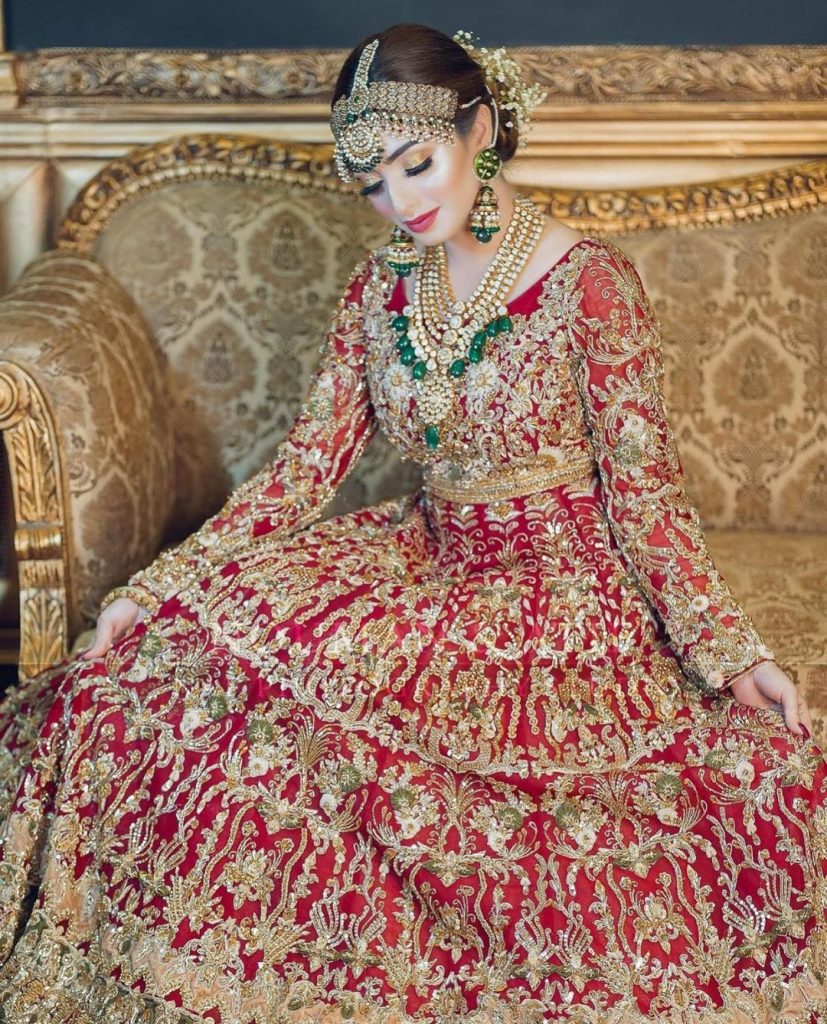 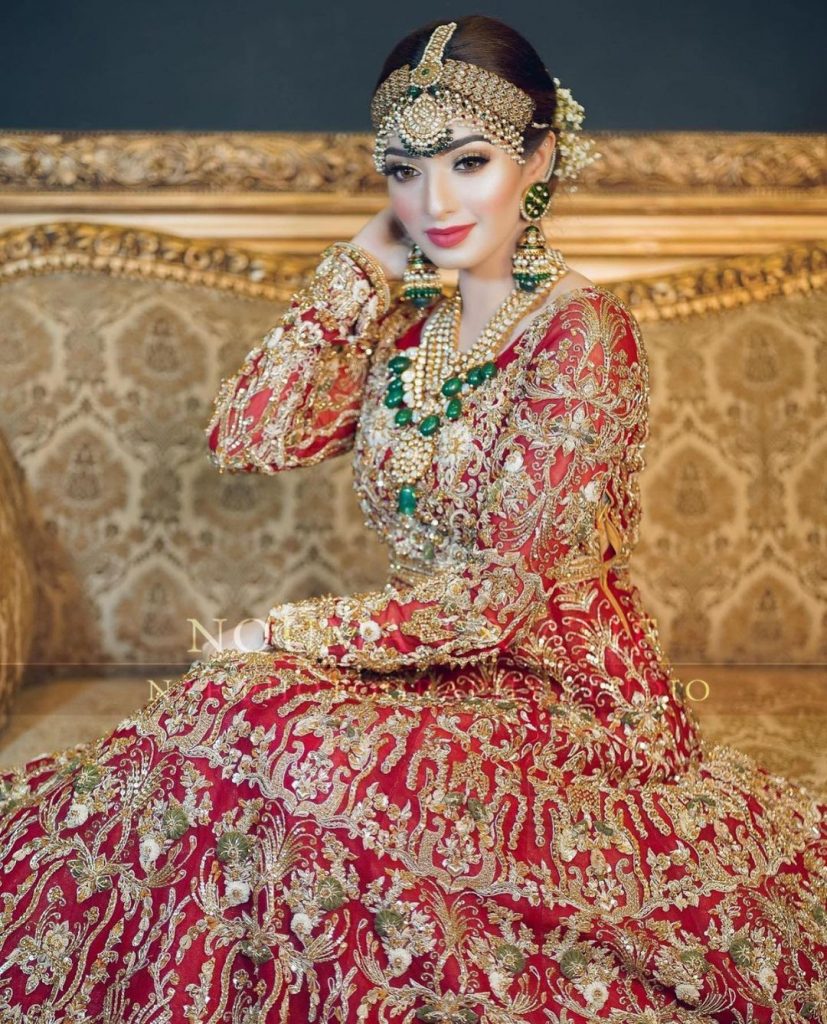 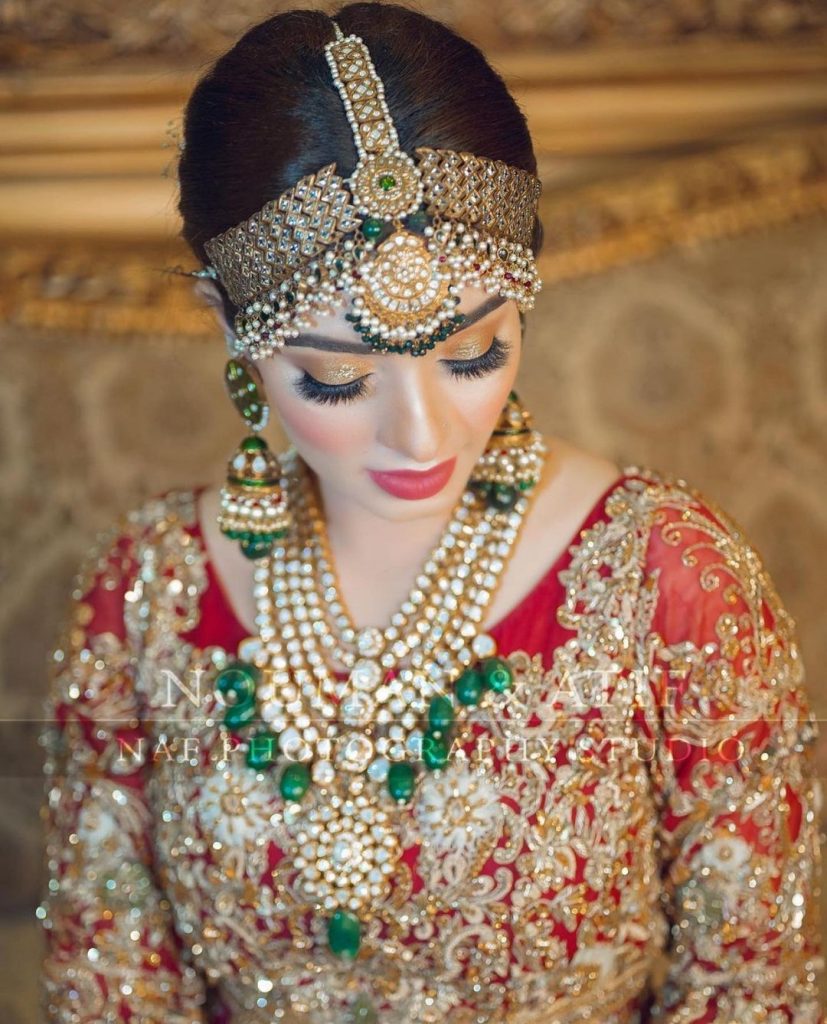 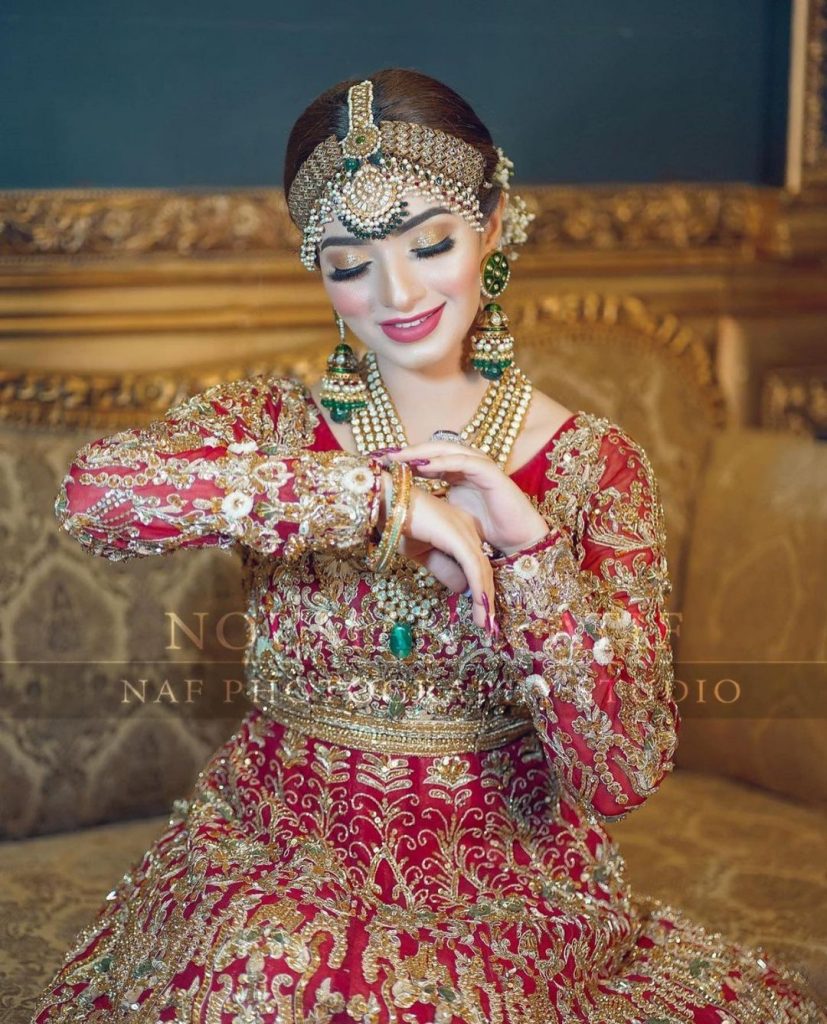 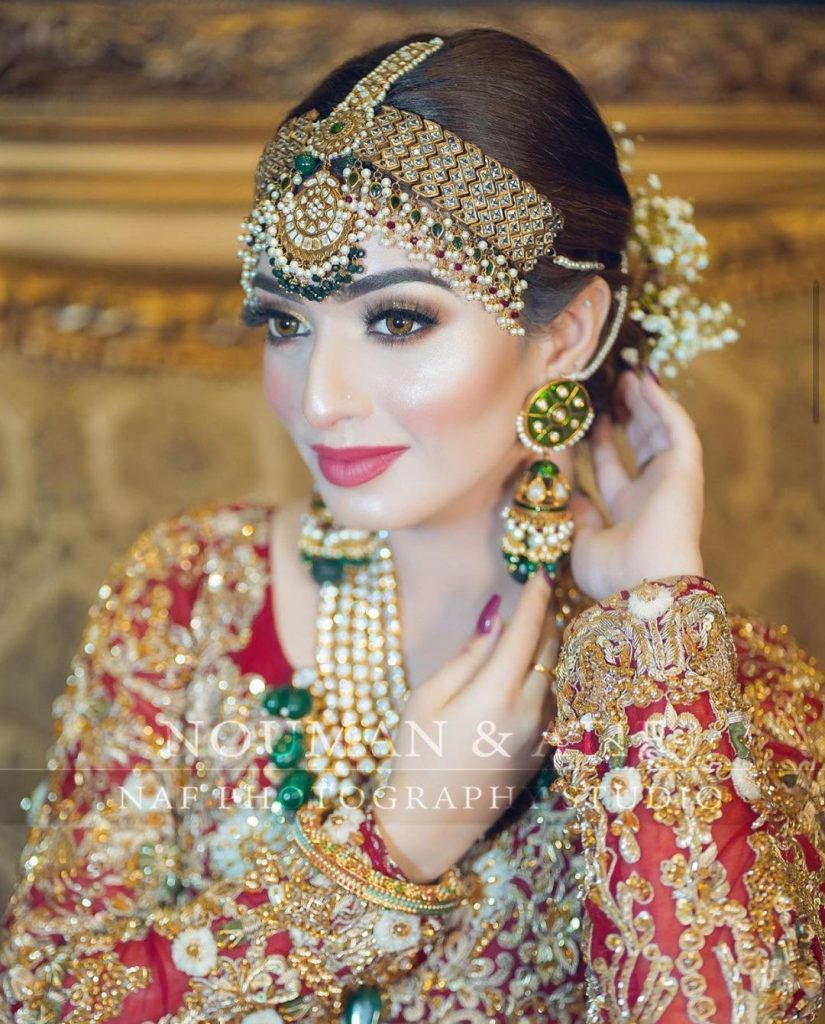 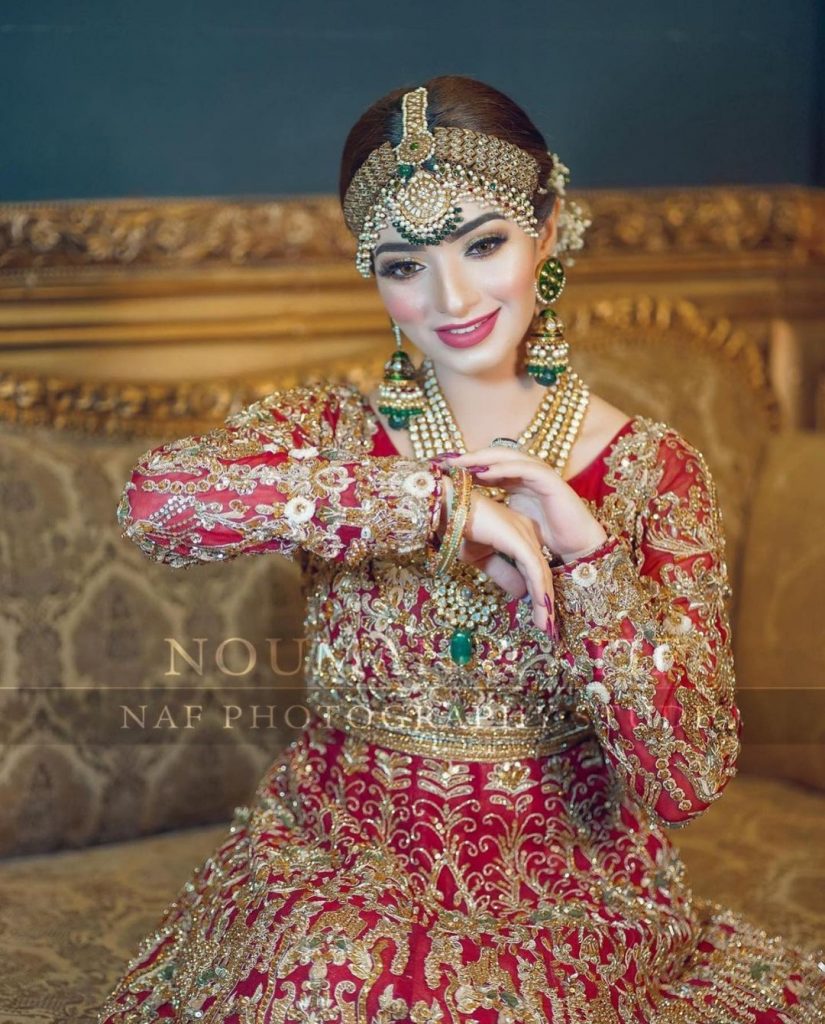 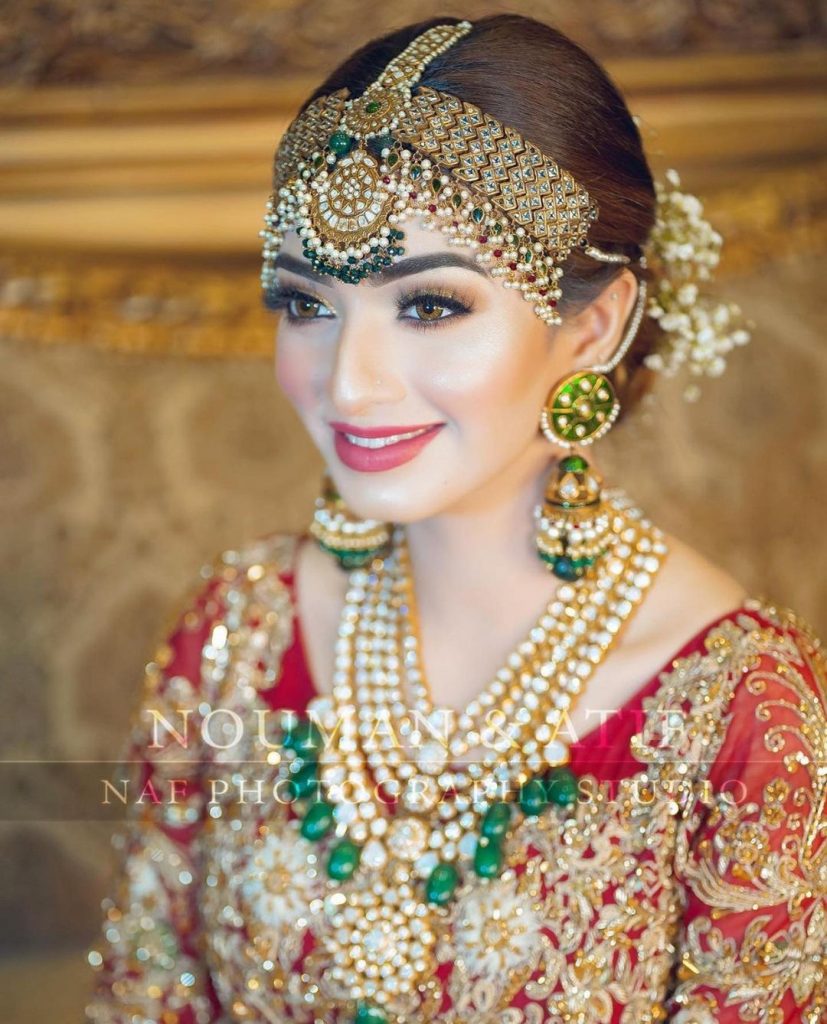 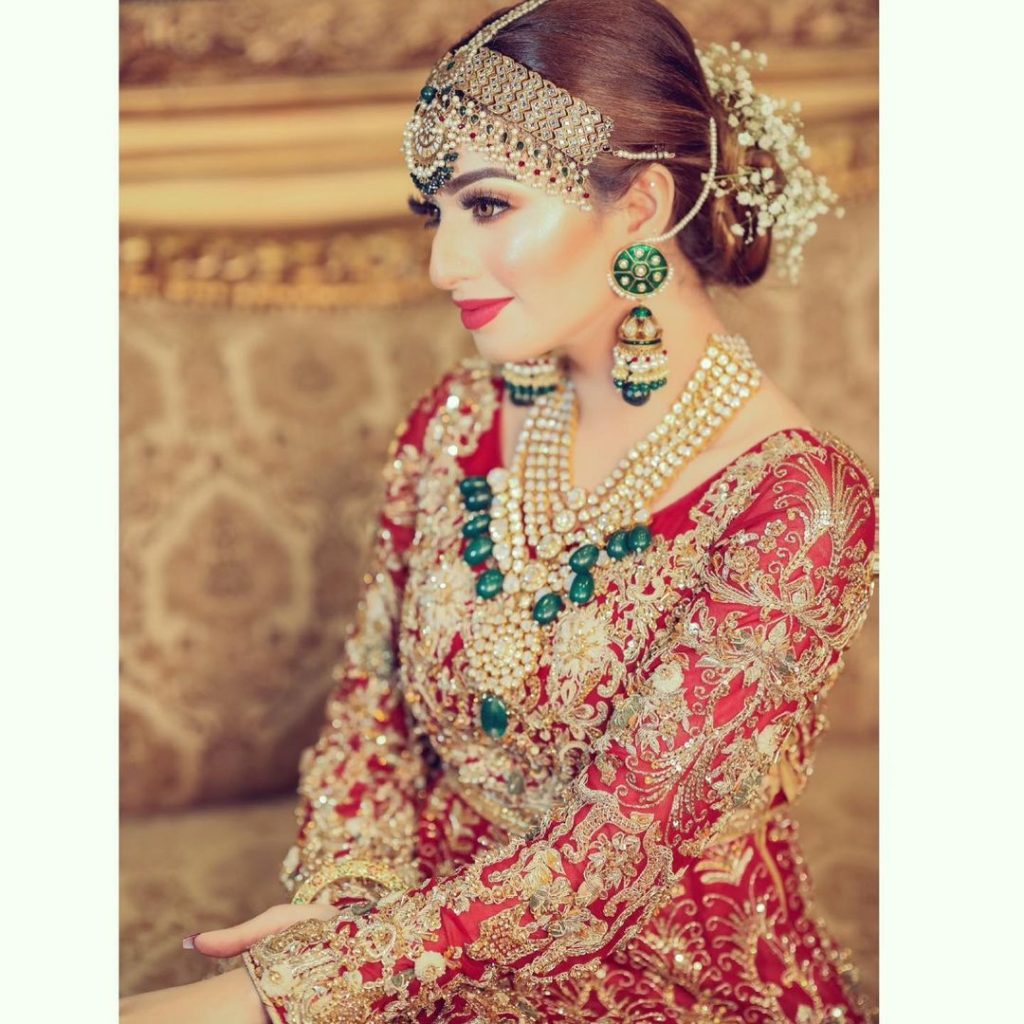 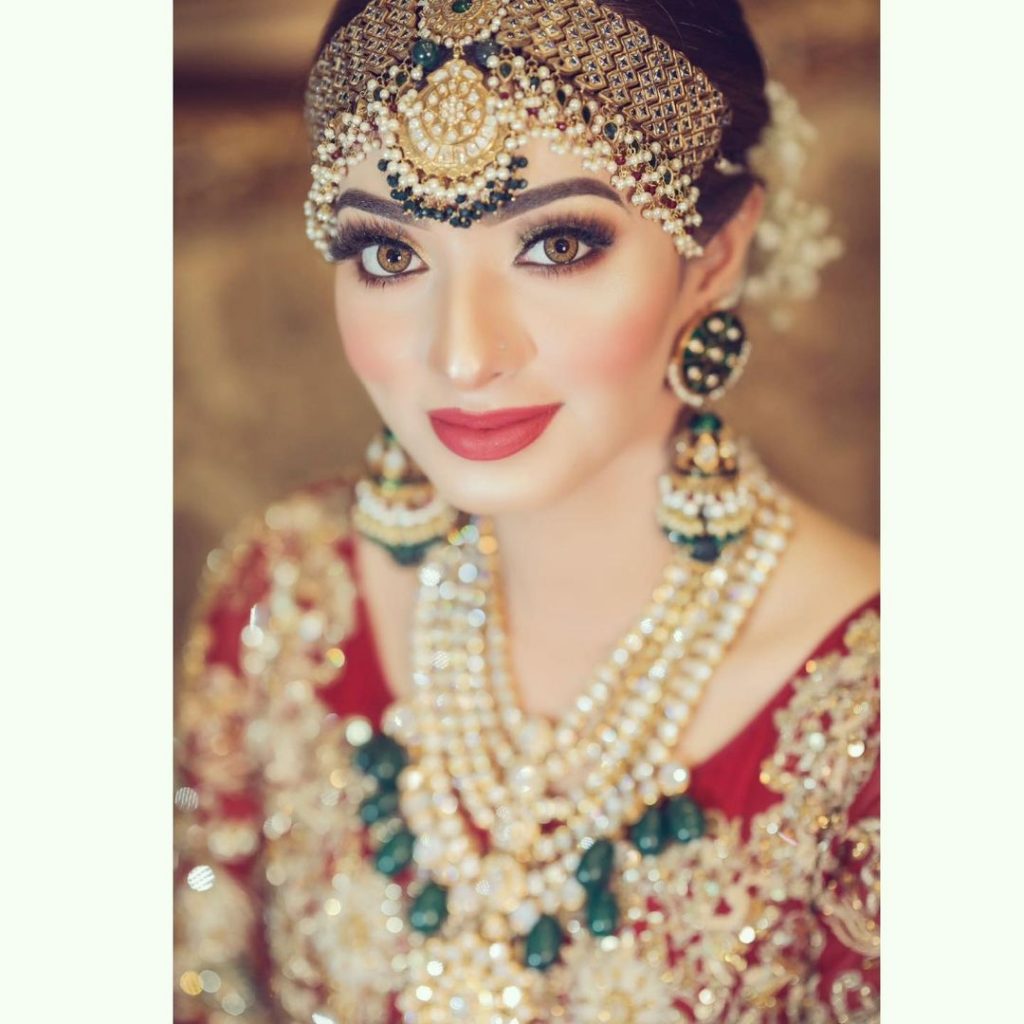 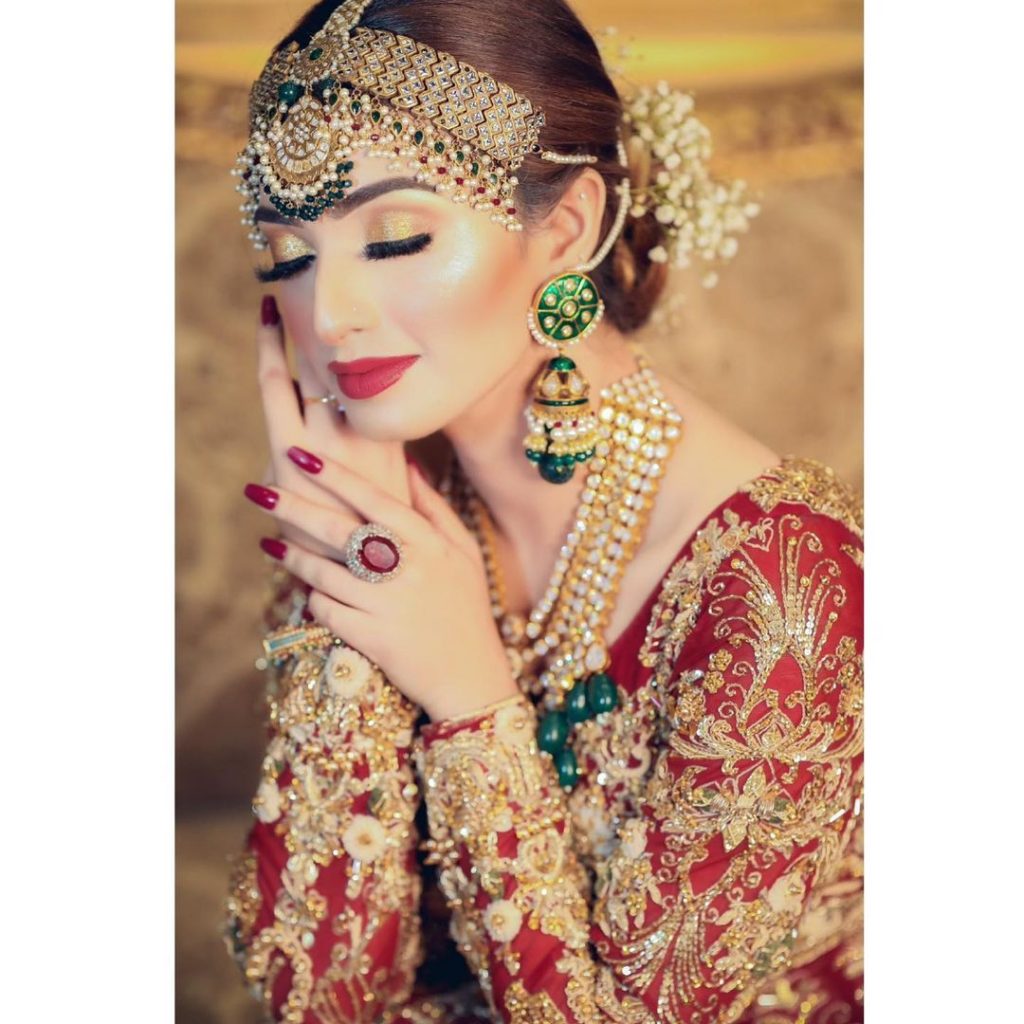 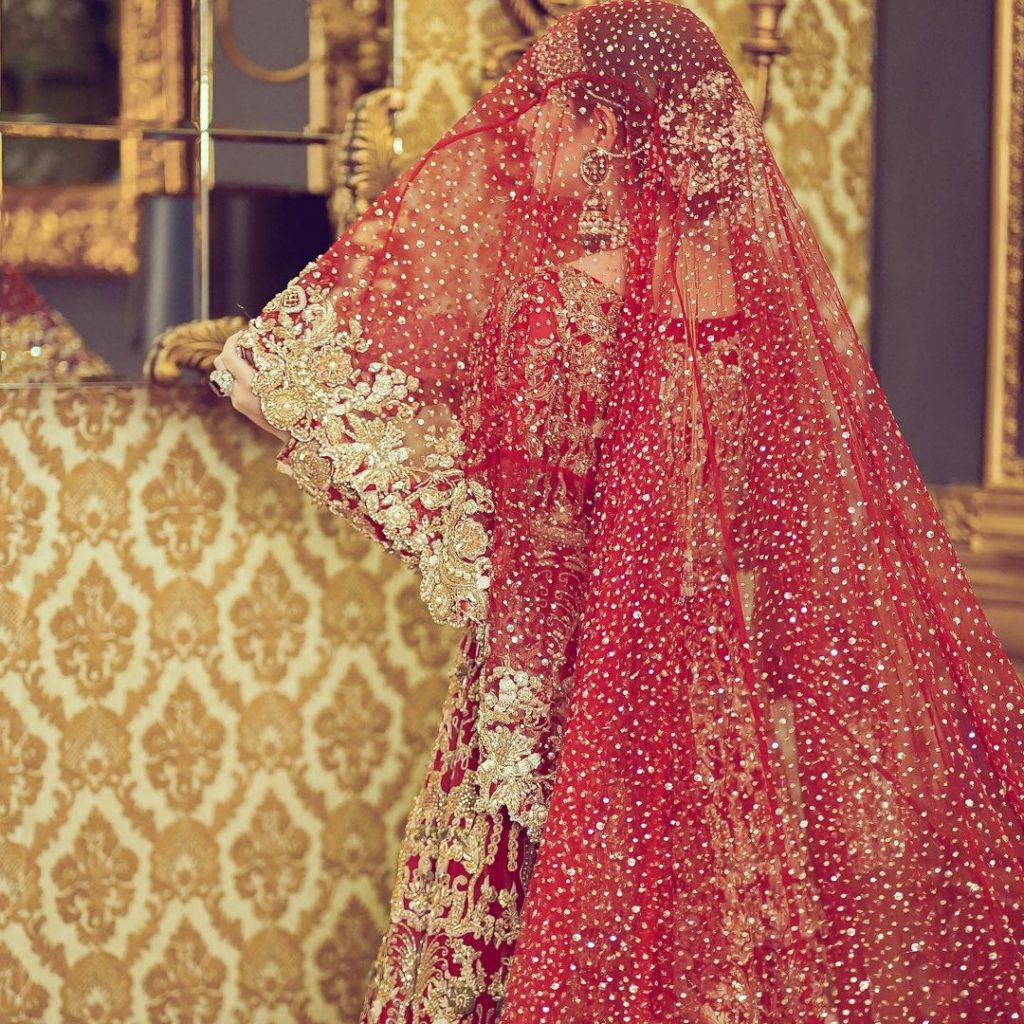 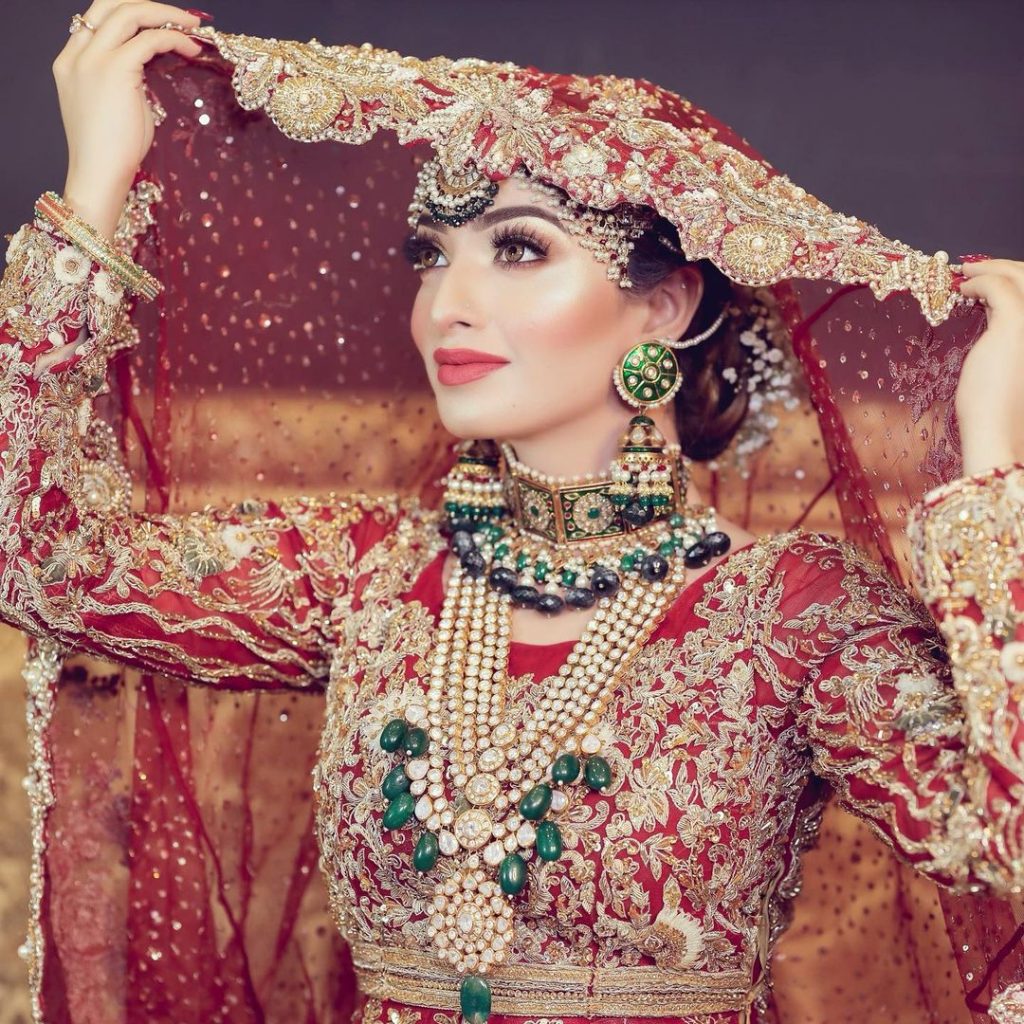 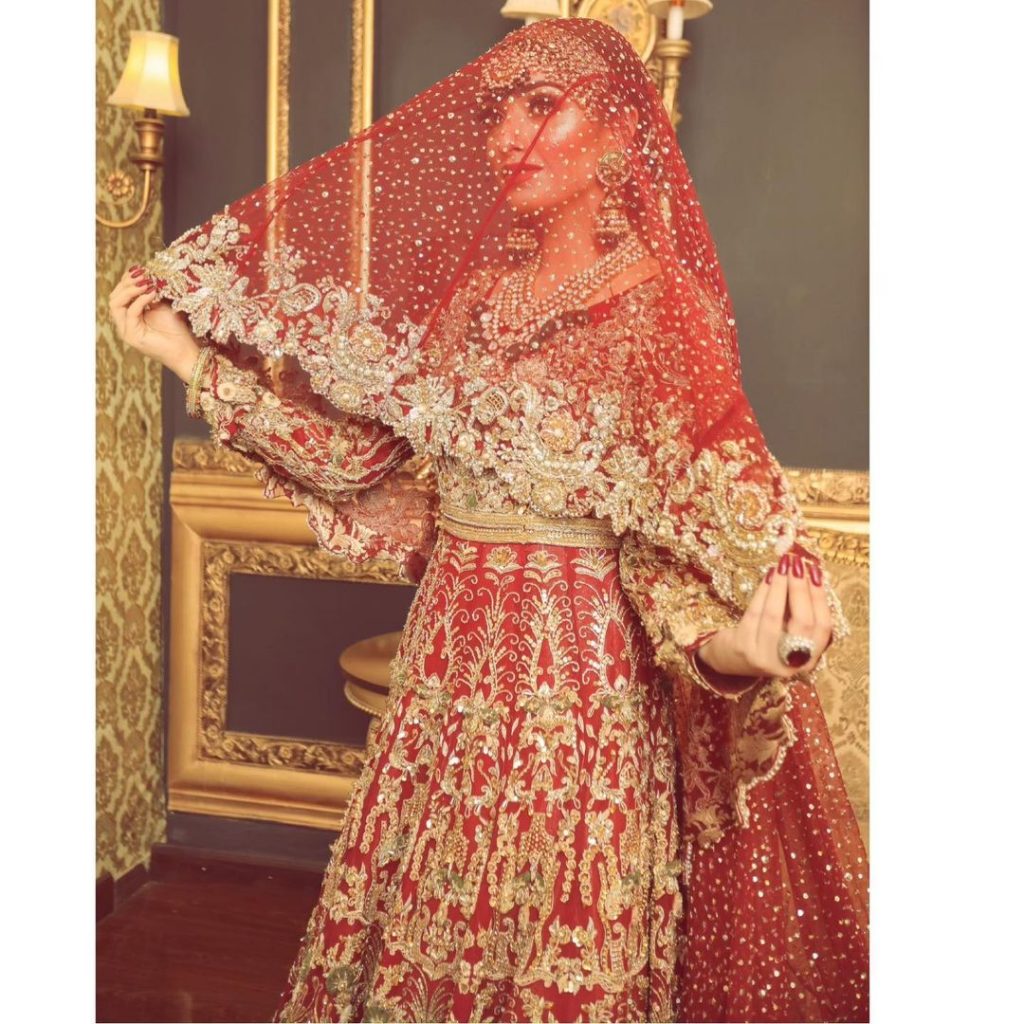 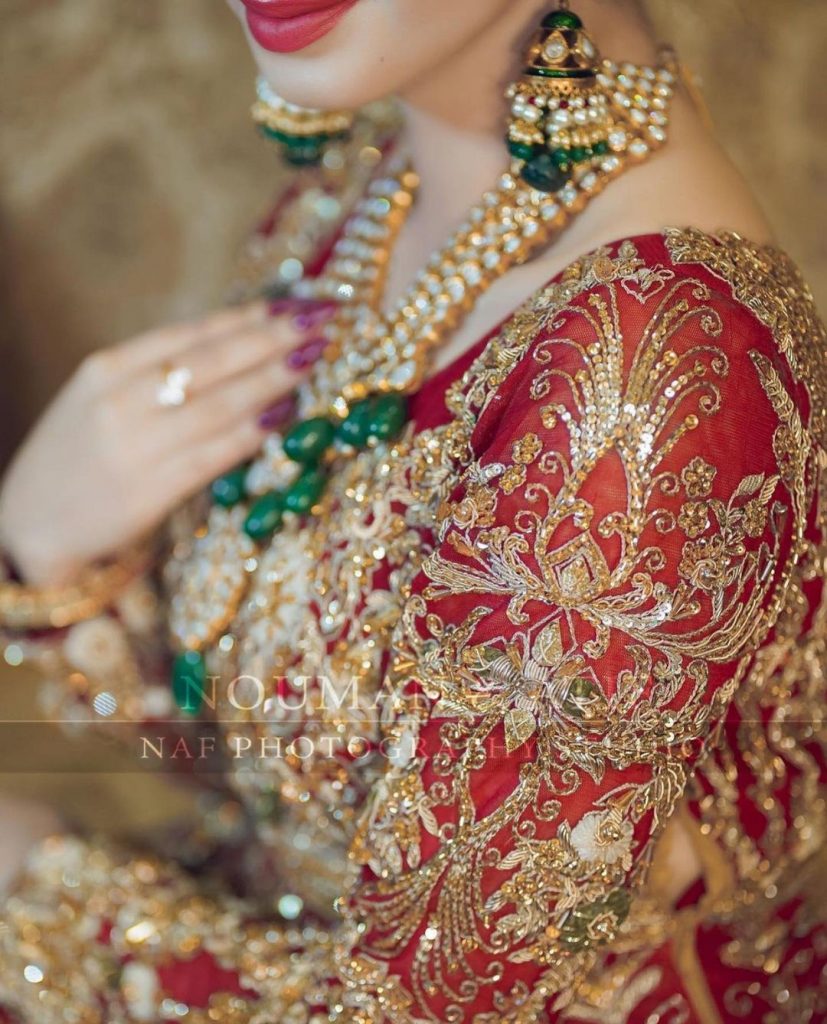 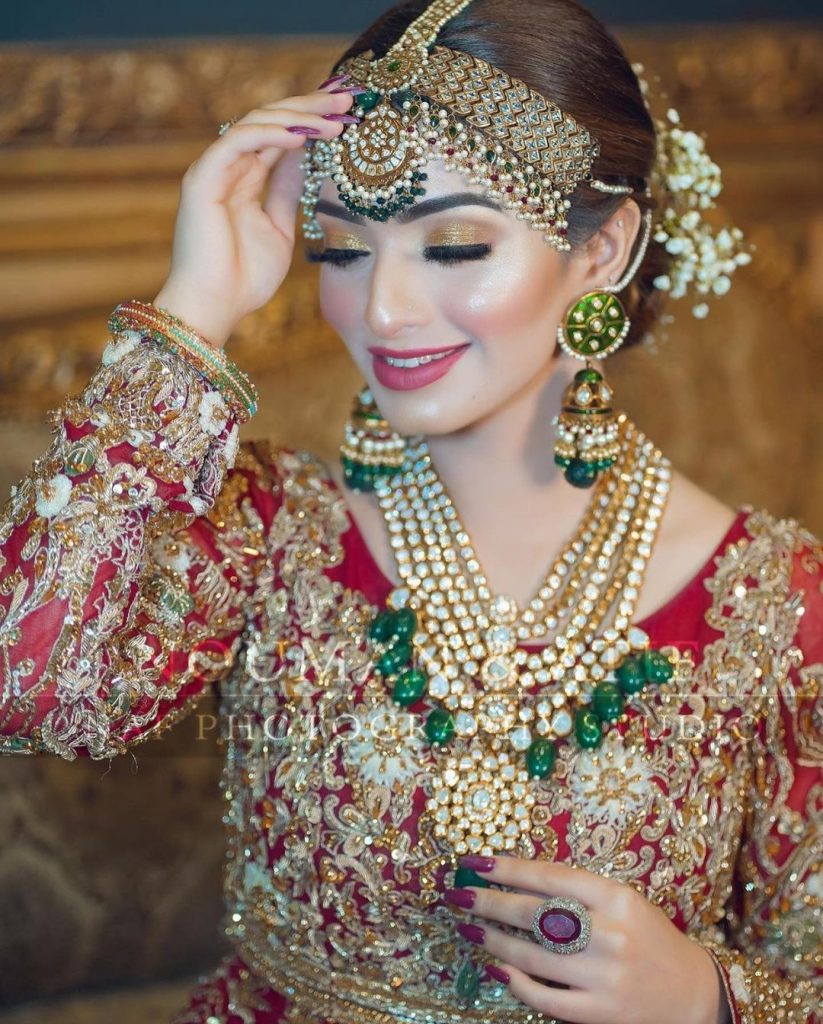 Nawal looks extremely gorgeous in the traditional look carried by her. Beautiful red attire by “Ahmad Sultan” was worn by Nawal. Antique gold and green kundan jewelry was paired along with the bridal outfit bu “Opal By Madiha Ihsan”. 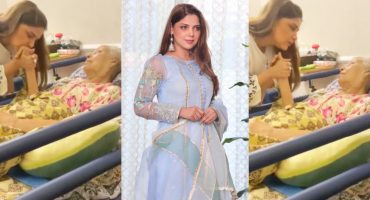