Reema Khan to enroll in short courses for television production

Reema Khan is a prominent name of Pakistani cinema who now lives in USA after getting married to Dr. Tariq Shahab. Recently Reema applied for an Asian channel for a job to also learn television production while at job. Unable to get the job,courses now Reema has decided to join a media school in USA to complete short courses in television and production. After completing the courses Reema might start home production for television. 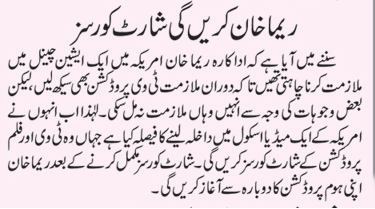