The once bustling film industry in Lahore is no more active from past many years, leaving associated technicians and extra artists facing financial difficulties. Every year Resham arranges funds form various sources for these persons.

This year Resham has also distributed amount among nearly hundred such persons, Rs 5000 per head for each male and Rs 3000 per head for females. The amount was distributed at an Iftar Party in Lahore. Resham also has plans the send clothes and other equipment to IDPs of North Waziristan worth three lakh rupees.

Speaking on the occasion Resham said, she lost her parents at a young age. Being raised without parents she can well understand the hardships of such persons. 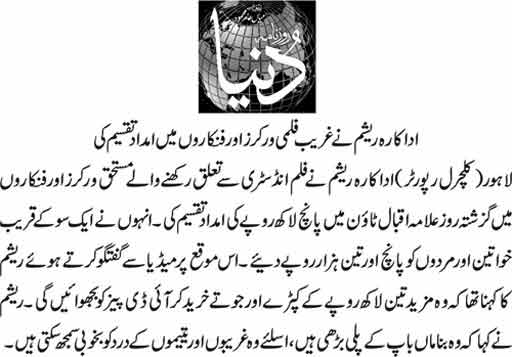 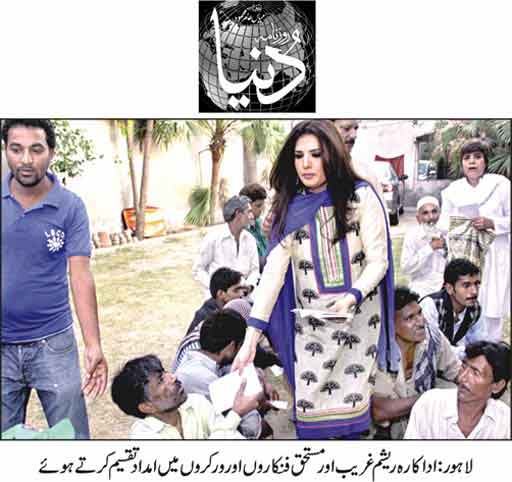