Fans all over the world have always loved reel life couples becoming real life couples. Even stars who have not worked together and they come together in real life excite fans. Saboor Aly and Ali Ansari make definitely such a couple who people loved seeing together. Saboor Aly and Ali Ansari got married in a beautiful ceremony. Their moments together since then are equally beautiful and both the actors share many clicks from their life with their millions of fans. 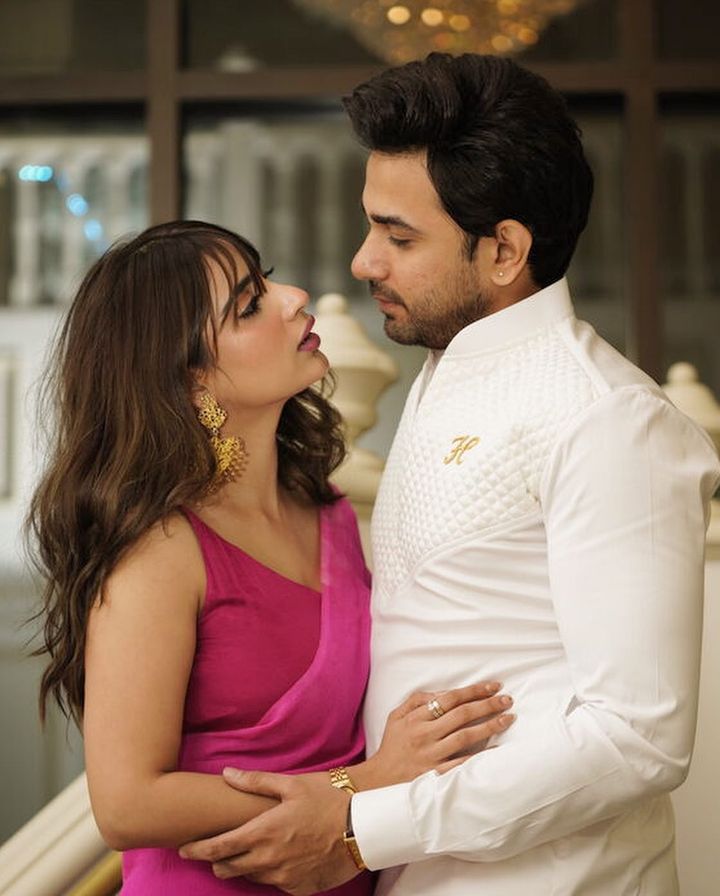 Saboor Aly just had a great professional year as she appeared in the highly acclaimed Parizaad as Bubbly Badmash where she was praised for her performance by the audience and she has also got the award for Best Supporting Actress for the role. Then her drama Mushkil where she appeared opposite Khushhal Khan also became a superhit. Similarly, Ali Ansari has also been doing some great projects. The couple has taken some time off and enjoying their vacations. Saboor Aly and Ali Ansari were at the Brooklyn Bridge in New York and shared some romantic pictures from the location with their fans. They definitely looked super happy. Check out: 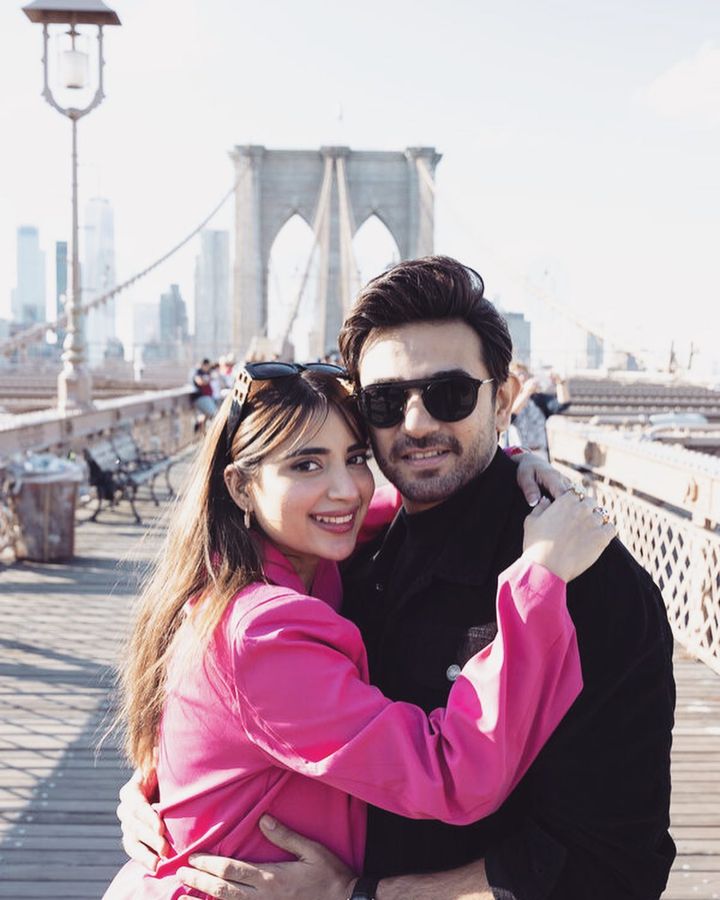 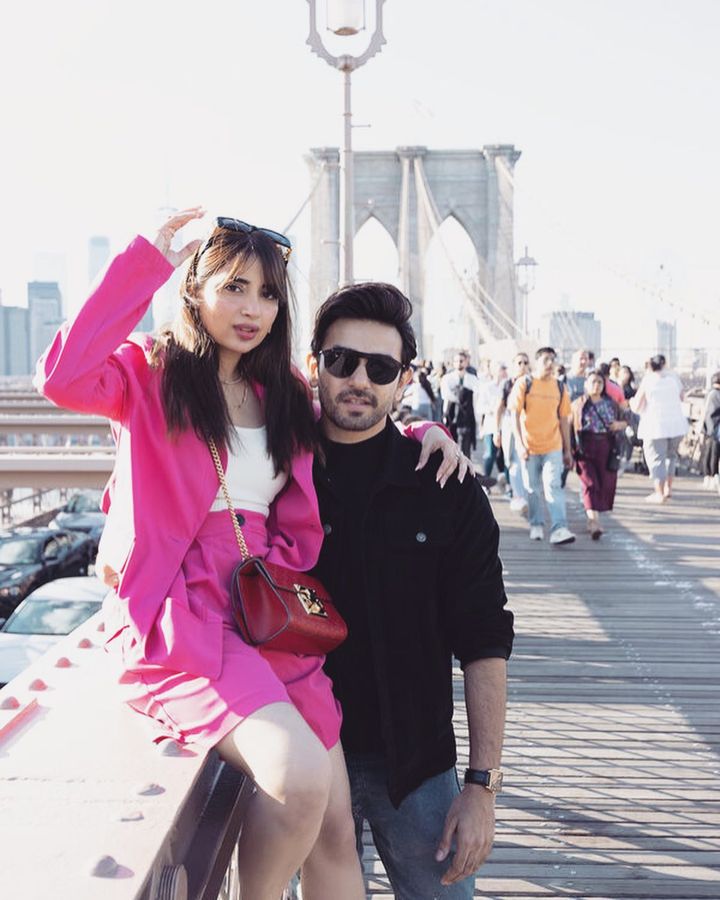 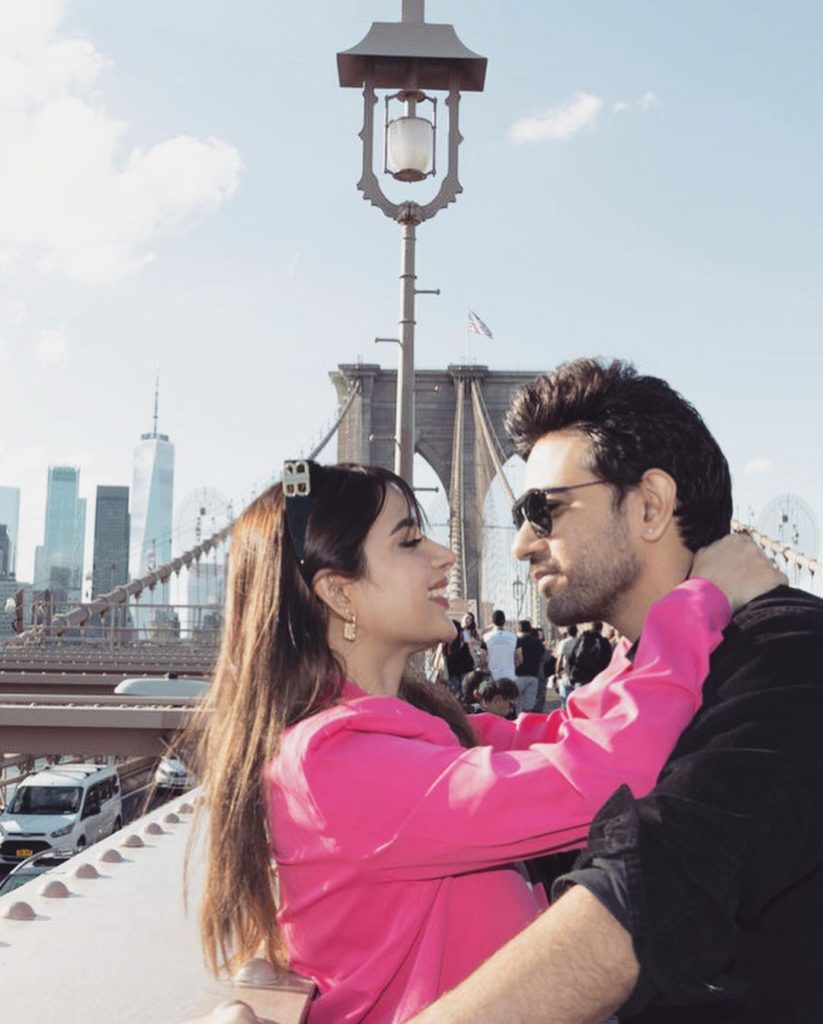 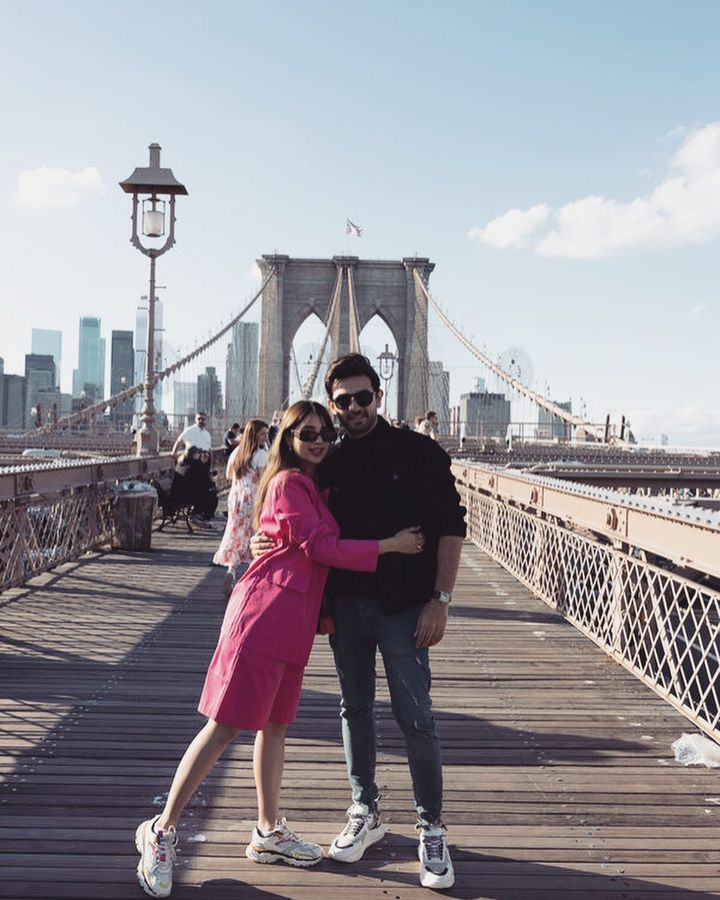 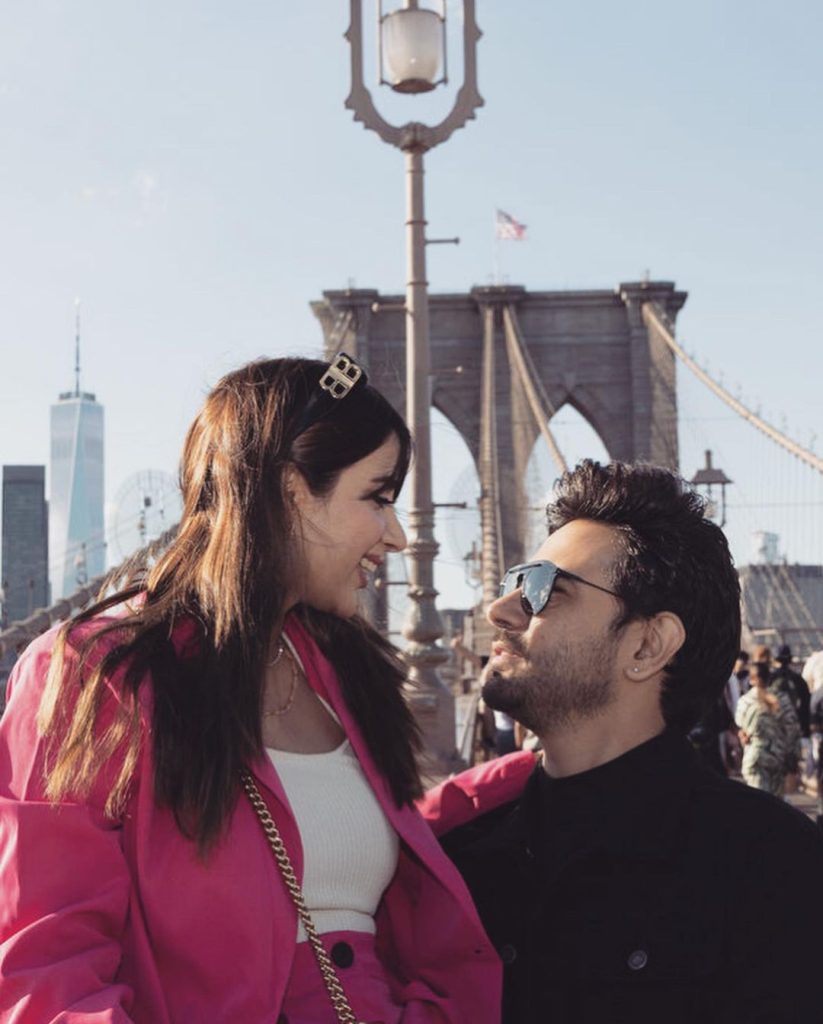 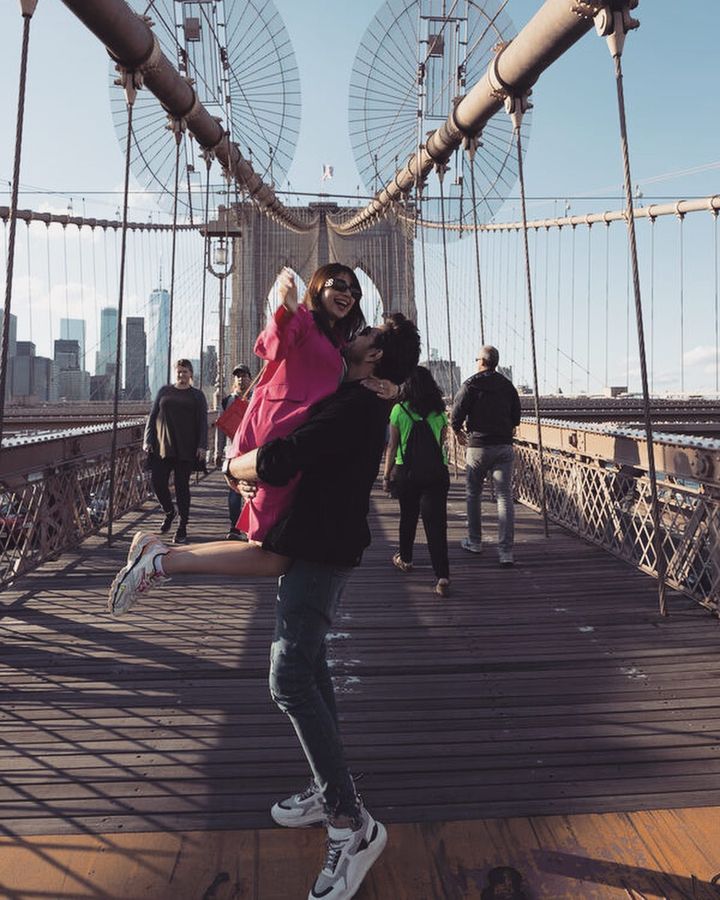 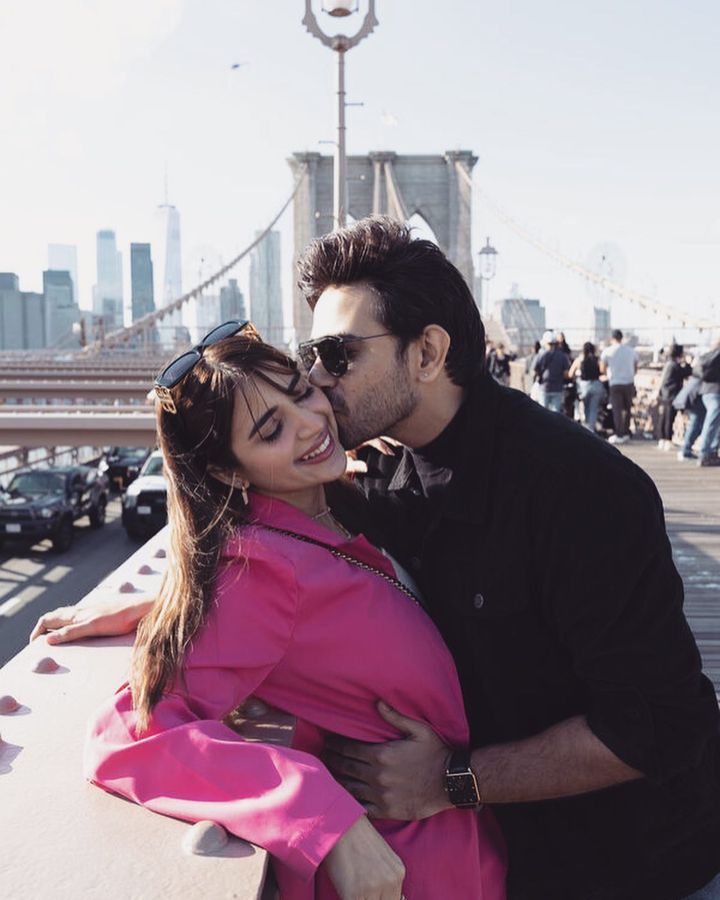 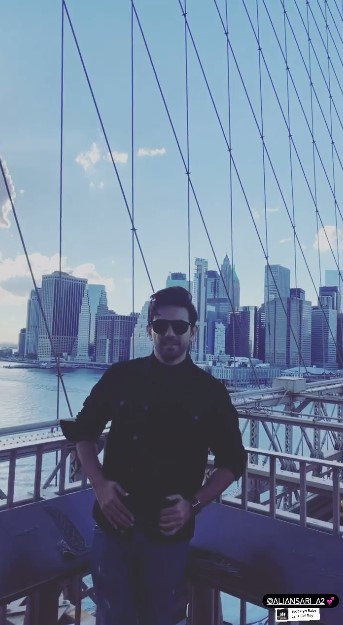 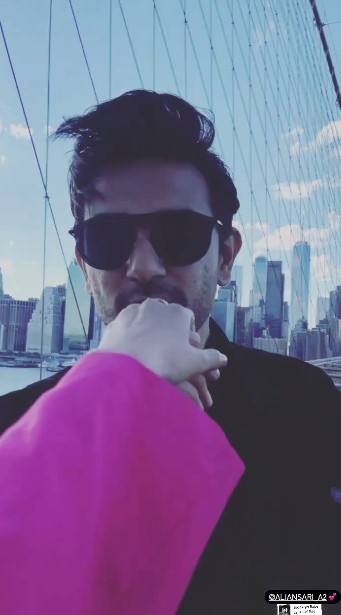 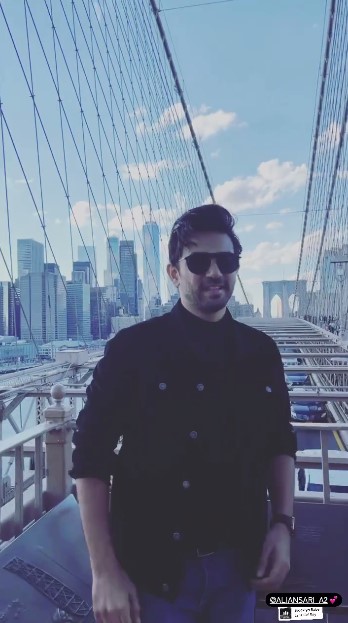 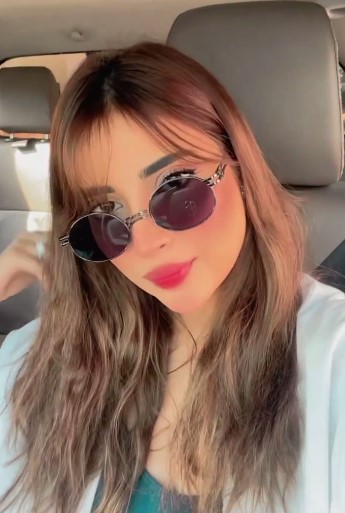 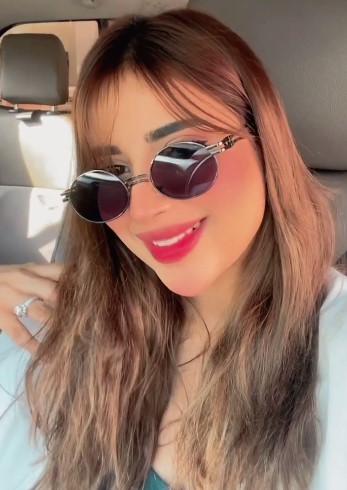