Saboor Aly is one of those stars of the industry who has never failed to amaze the audience with her brilliant acting skills. Saboor has been a part of a number of dramas. She got commercial and critical acclamation for her character in the drama serial Fitrat in which she is played a negative role that has impressed the audience.

Saboor Aly is currently starring in the drama serial Amanat alongside Imran Abbas and Urwa Hocane. Amanat is produced under Next Level Entertainment and directed by Shahid Shafaat. It also features Haroon Shahid, Salman Saeed, Gohar Rasheed, Saba Hameed, Babar Ali, and Sheheryar Zaidi. Saboor is playing a negative character in drama and the name of her character is “Zuni”.

Here we have few latest clicks from the set of drama serial Amanat from a wedding sequel. Saboor Aly looked bewitching in the green mehndi assemble. 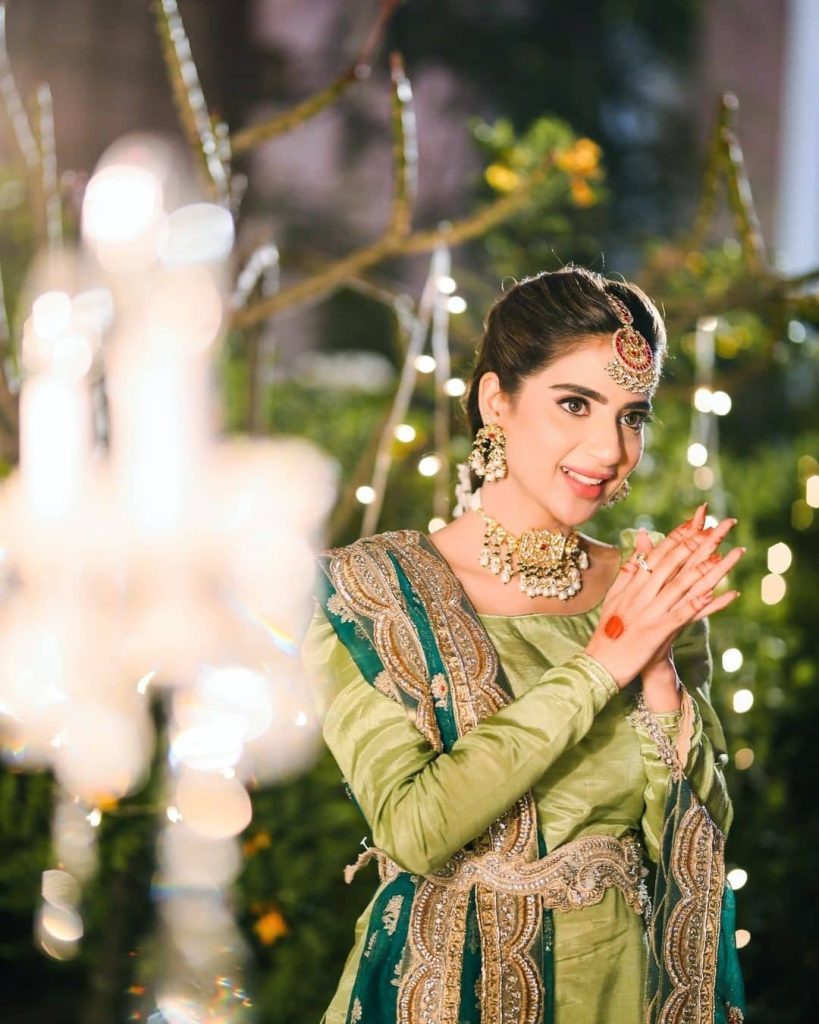 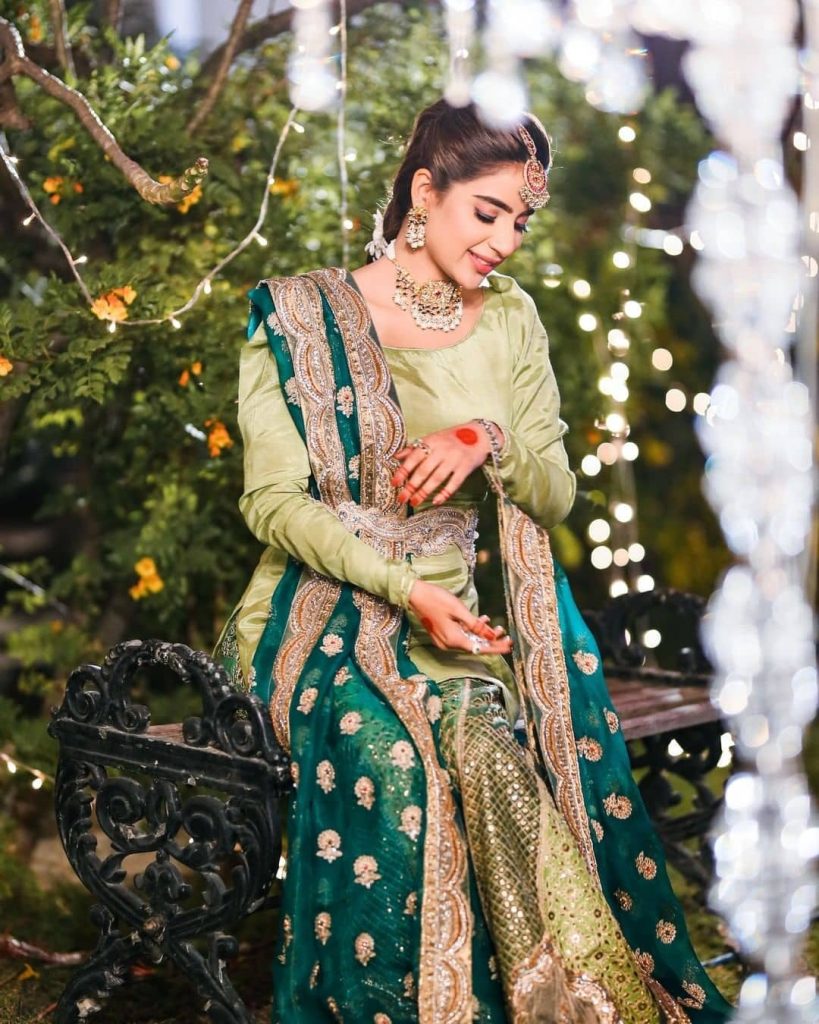 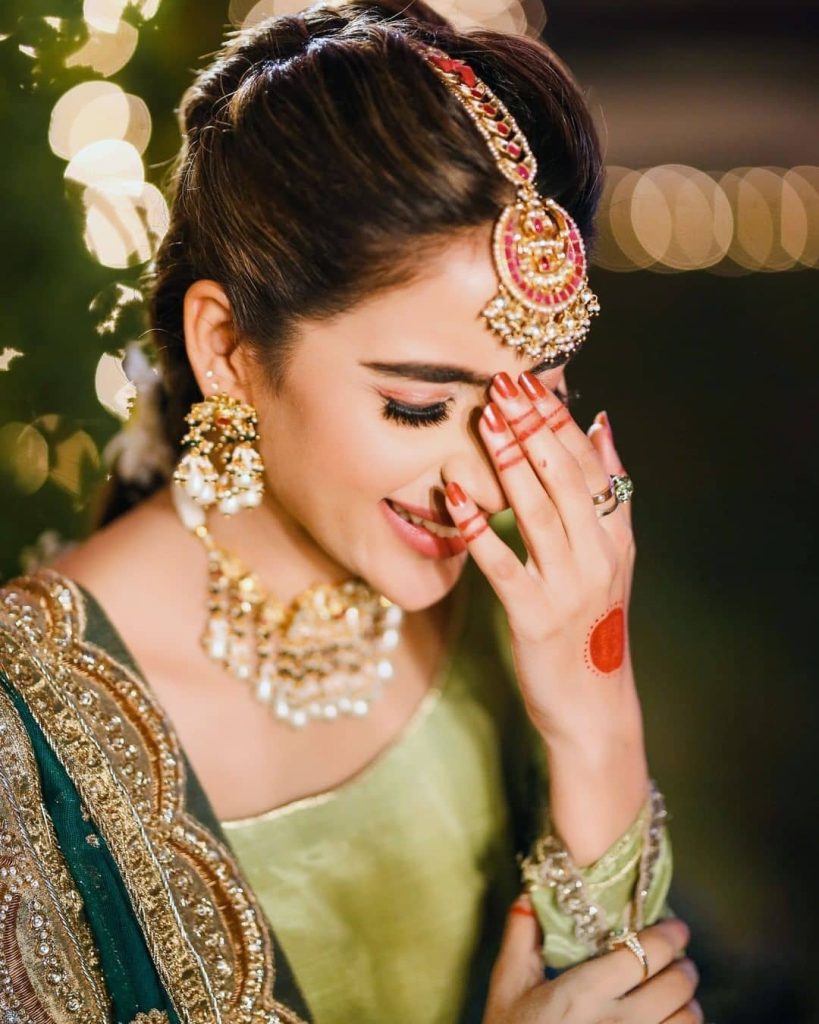 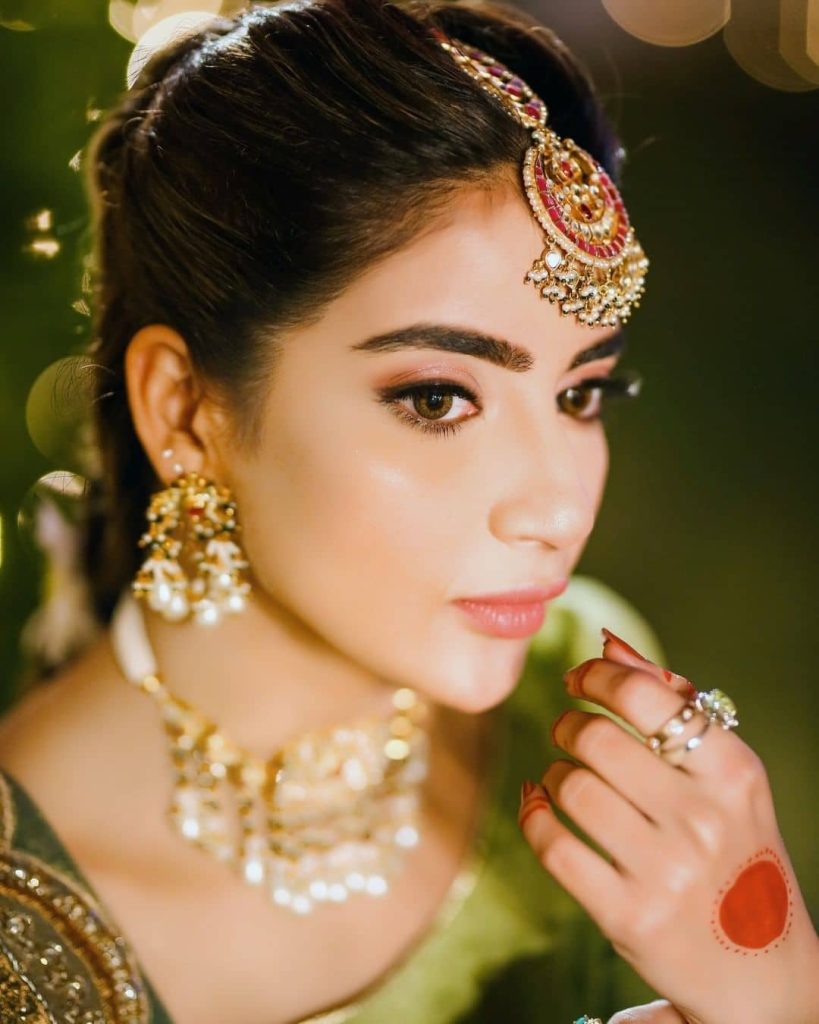 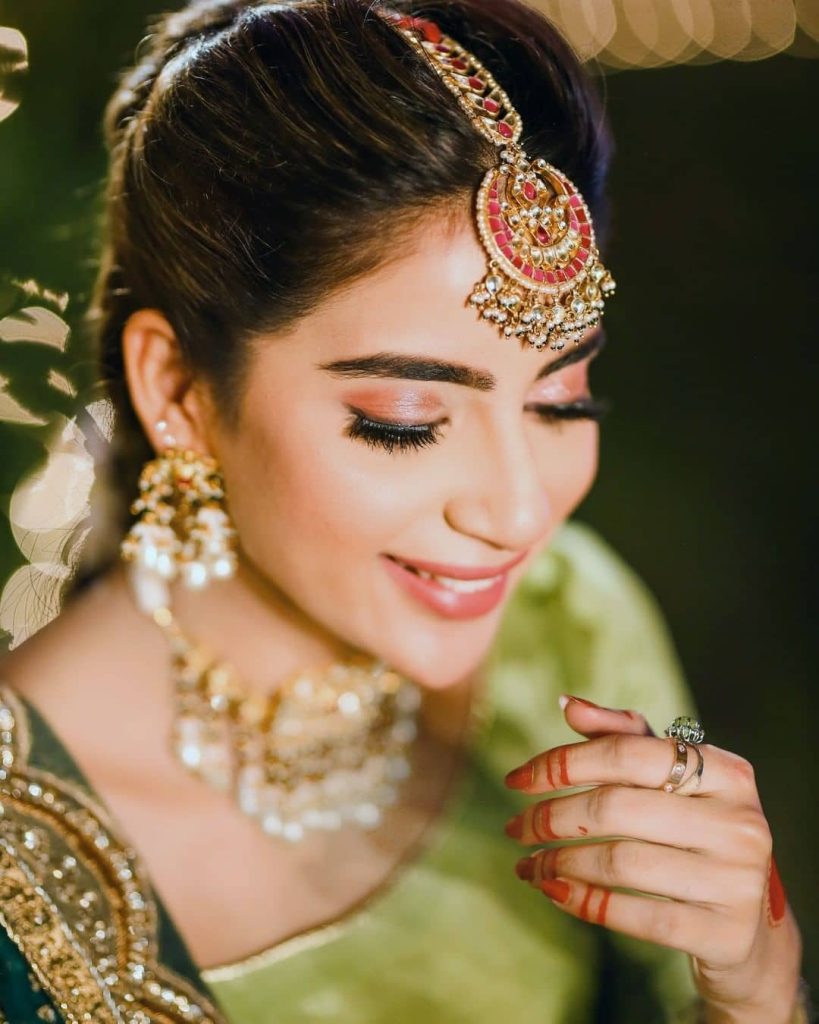 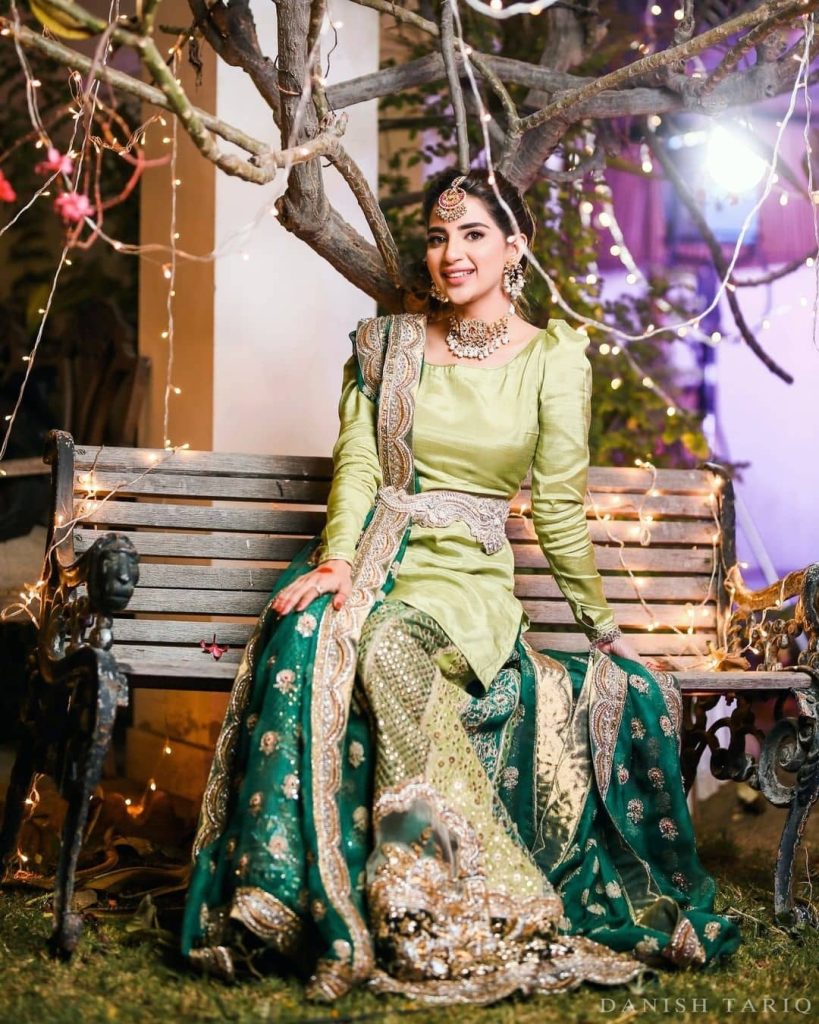 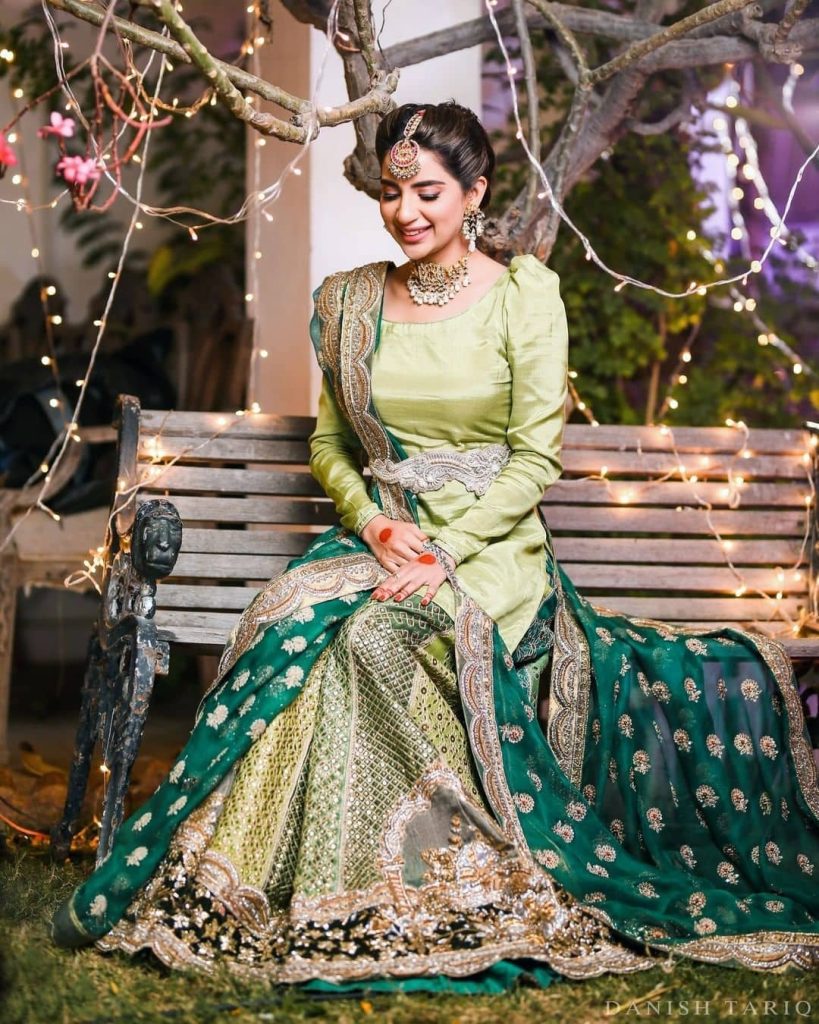 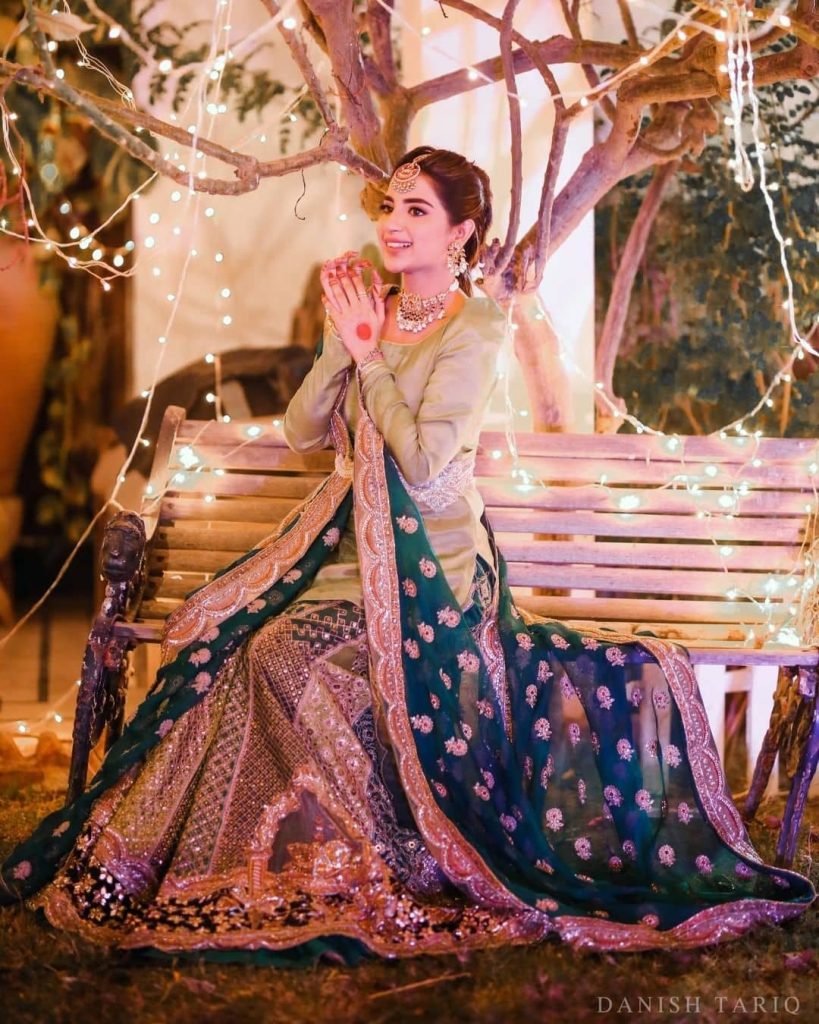