Salute, a tribute to Aitzaz Hassan

Now film director Shahzad Rafique has announced to direct a feature film on the same incident. The name of the film is Salute and it is also produced by Shahzad Rafique. The shooting will start in March 2015 and is expected to complete this year.

Shahzad Rafique has directed many Urdu and Punjabi films like Rukhsati, Salakhain and Ishq Khuda. As a producer Shahzad produced super hits like Nikkah and Ghunghat in 1990’s. 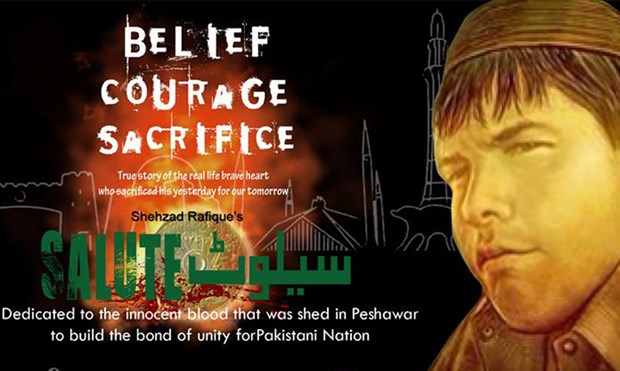