Sarah Khan And Falak Shabir Blessed With A Baby Girl

The adorable celebrity duo Sarah Khan and Falak Shabir are blessed with a baby girl “ALYANA FALAK”. Falak Shabir taking to his official Instagram account shared the good news with his fans and followers.

Falak Shabir while sharing an adorable picture, wrote “Rabi-Ul-Awal Mubarak! Jummah Mubarak. ALLAH pak ne is ba barkat maheenay ke ba barakat din Apni rahmat se nawaza hay. Shukar ALHAMDULILLAH. So happy to announce the arrival of my daughter who is half me and half the one I love. Introducing ALYANA FALAK! App sab ke pyar or dua ka shukria.” 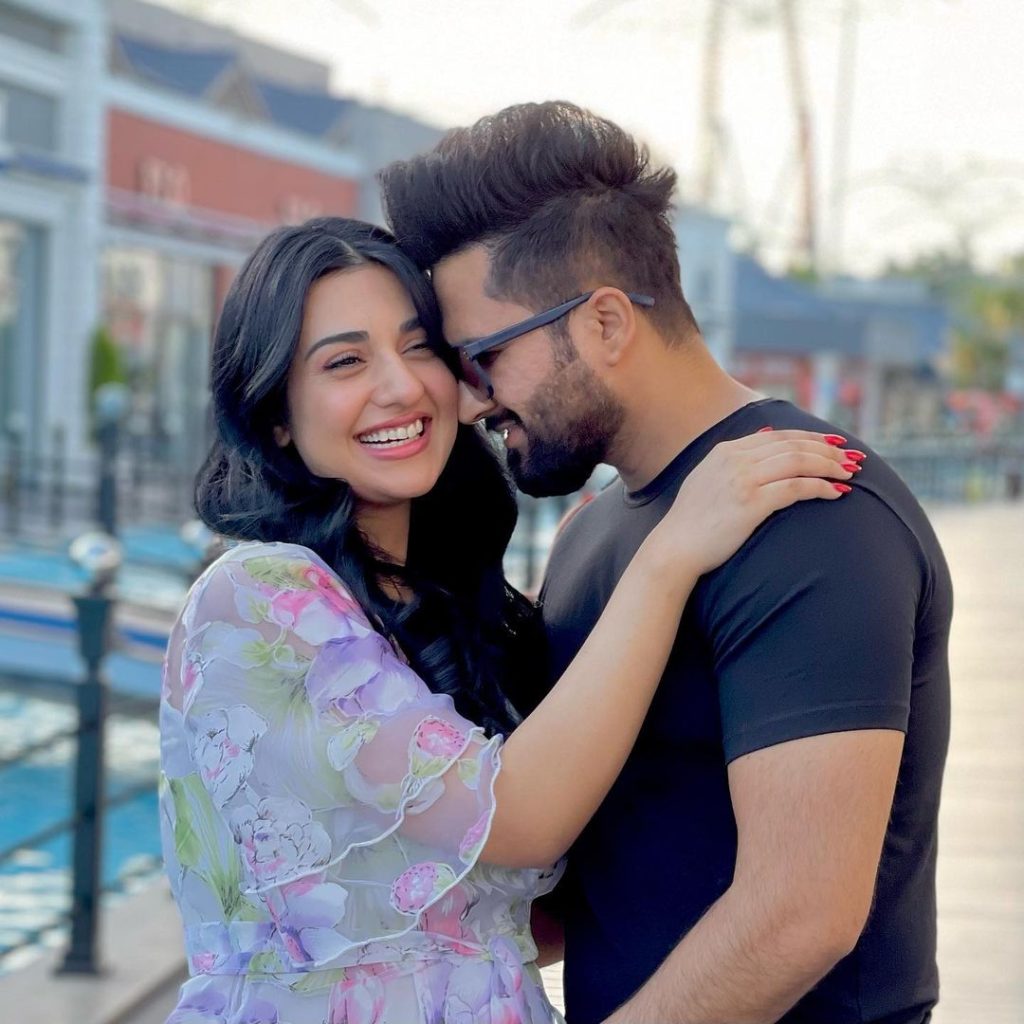 Actor Sarah Khan and singer Falak Shabir who tied the knot back in 2020 were preparing for the arrival of their first baby together. The lovebirds, gave fans a glimpse into their baby’s room including a snap of a crib fluffed with white pillows and a satin blanket. With a pink braid of cushions spread across, the singer hinted fans at the birth of a baby girl.

We give our heartiest congratulations to Sarah and Falak!