Sarah Khan and Falak Shabir are one of the most adored and loved celebrity couple in Pakistani showbiz industry. Fans love the bond between Sarah and Falak. The couple keep their fans glued to their social media accounts, as they keep updating their adorable family pictures on their respective social media accounts. The couple is blessed with an adorable baby girl Alyana. 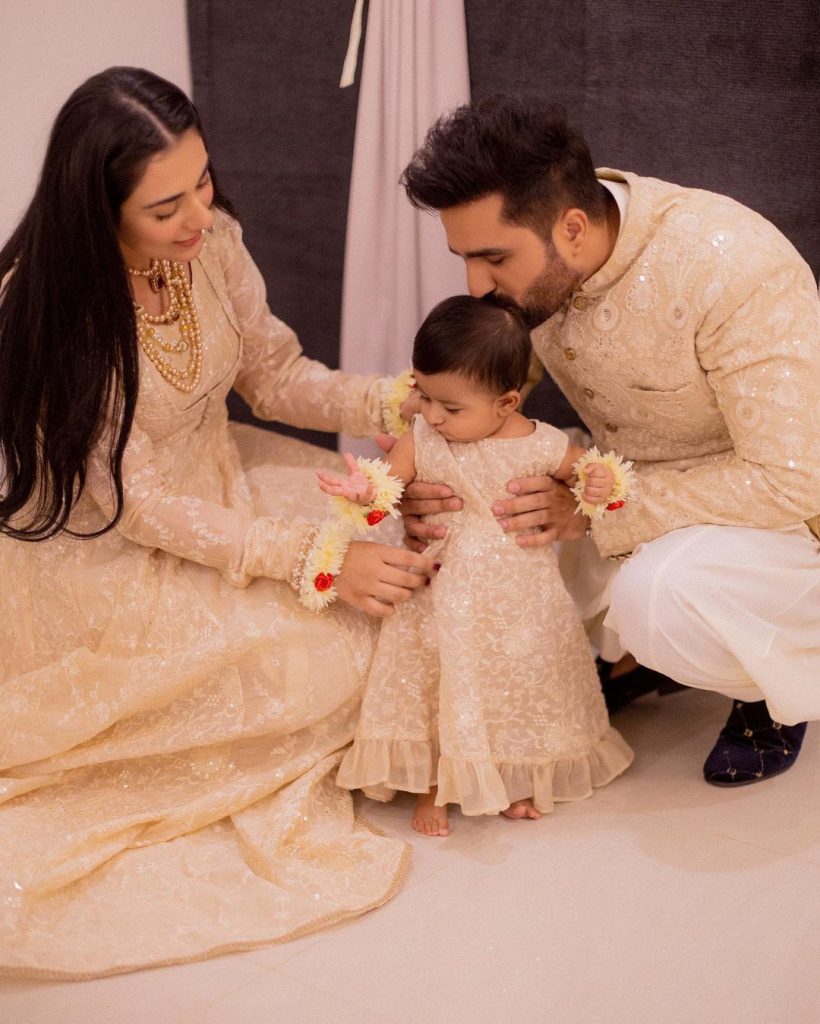 Recently, Falak Shabir and Sarah Khan were spotted together at a concert at Lucky One Mall Karachi. Sarah Khan gave a appearance at Falak’s concert which was surely a pleasant surprise for her fans. Sarah Khan flaunts ethereal elegance as she donned a stunning maroon eastern attire by “Farah and Fatima”. Let’s have a look at some of the adorable pictures of Falak and Sarah from a recent concert! 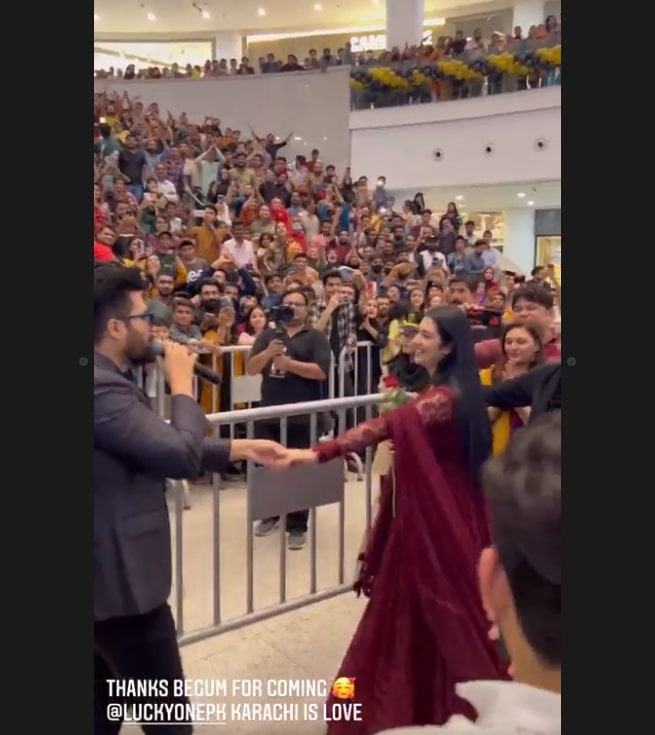 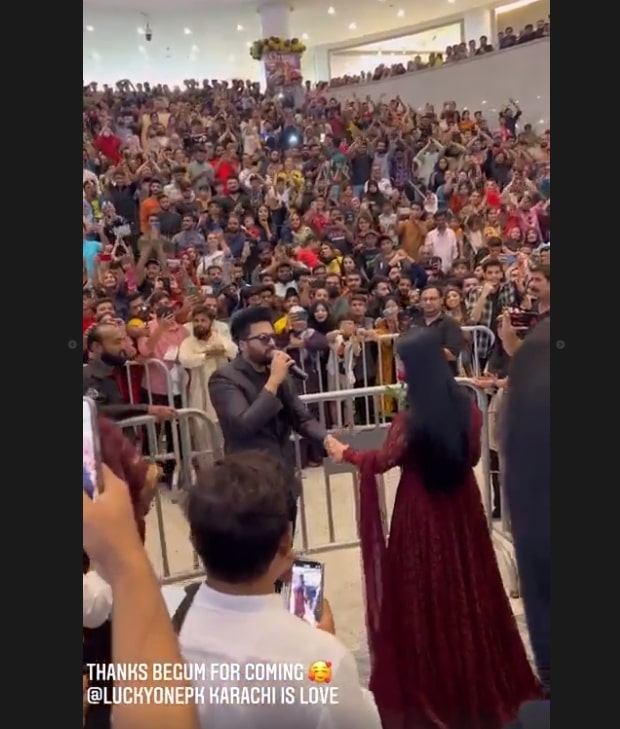 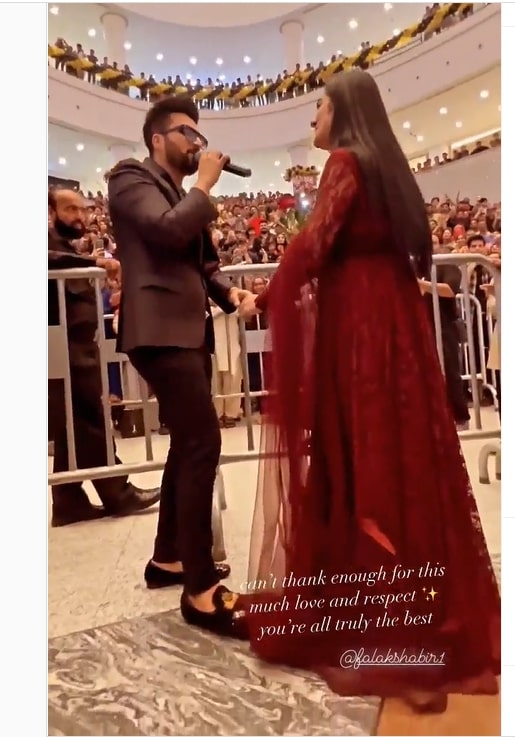 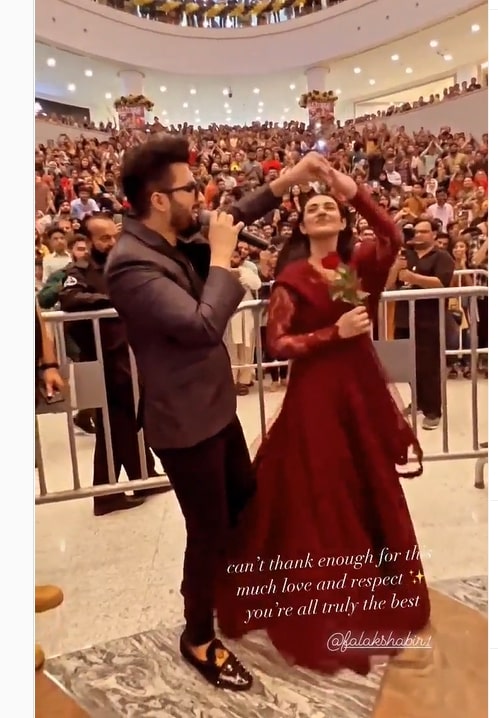 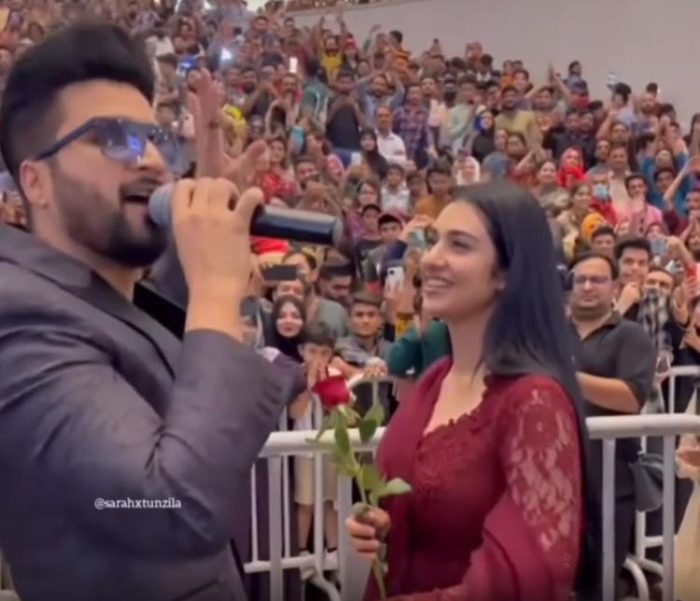 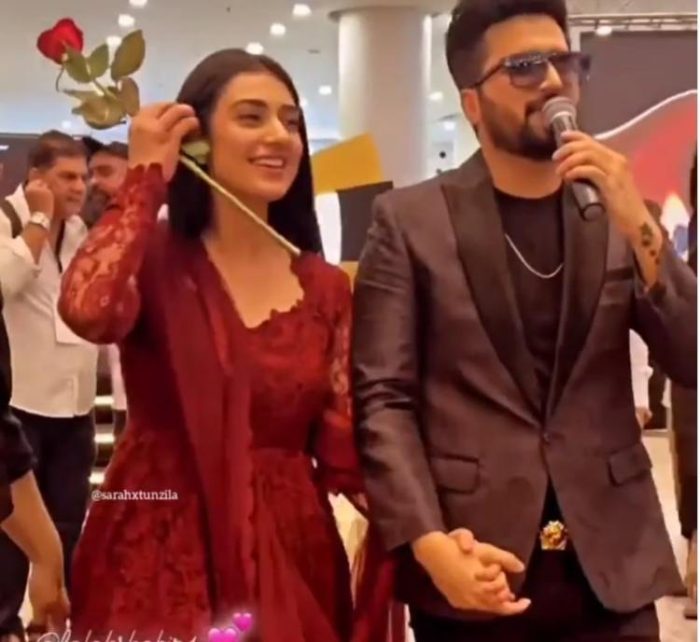 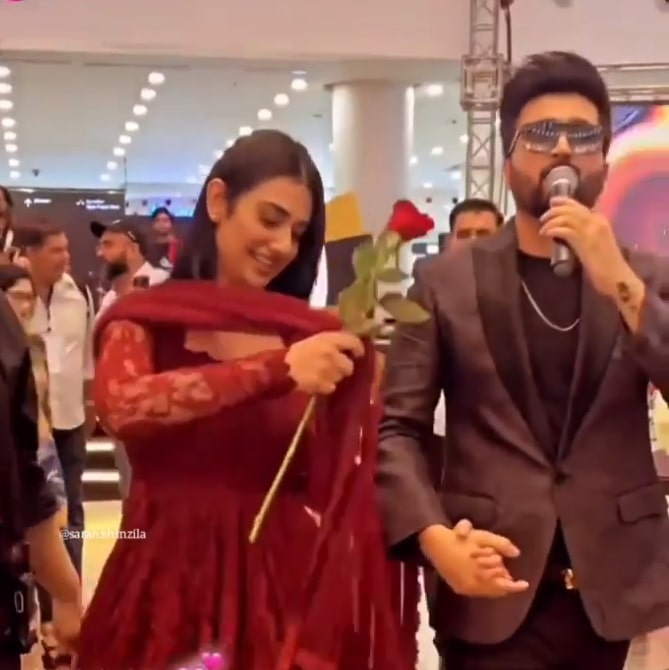 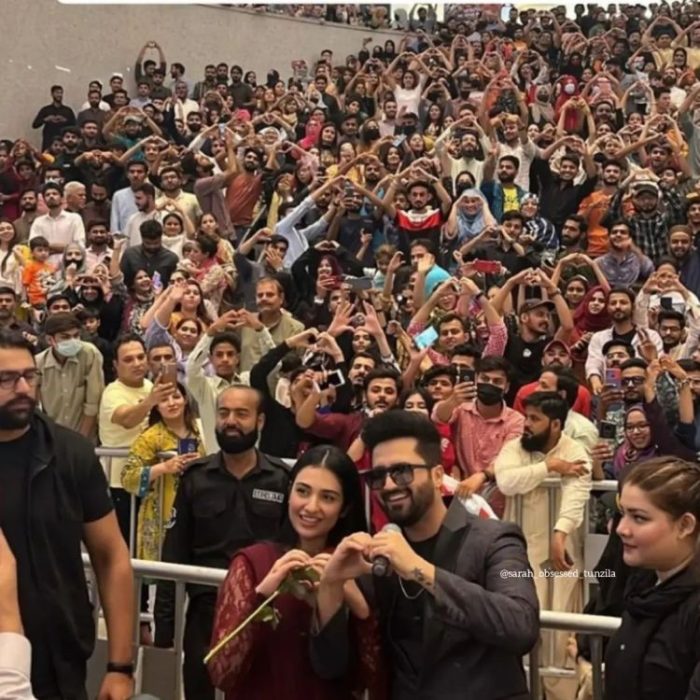 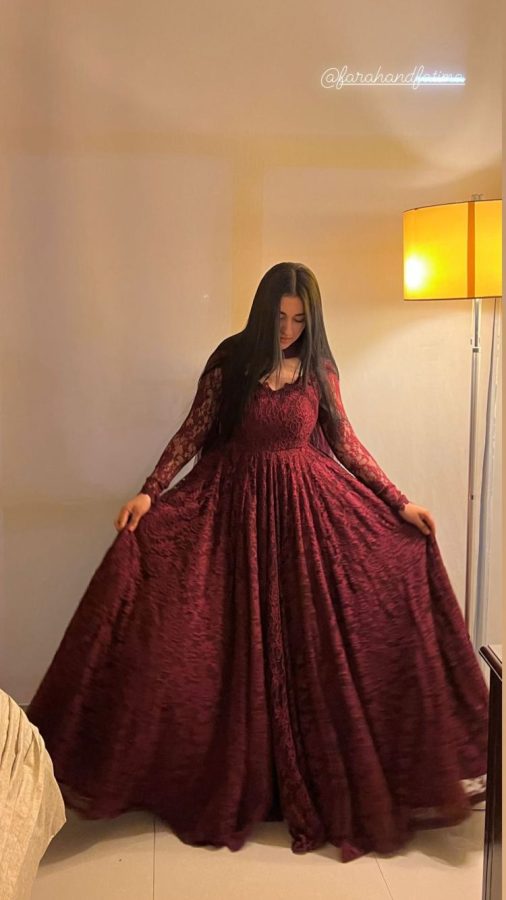 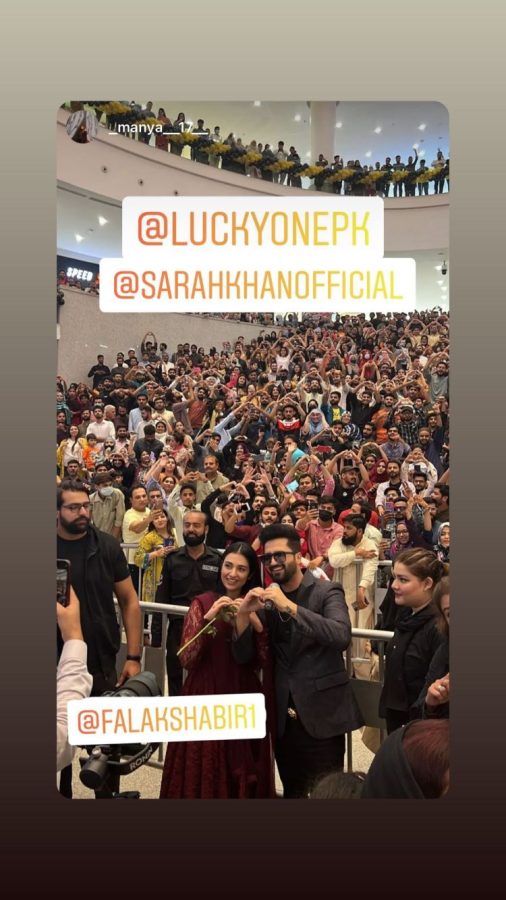 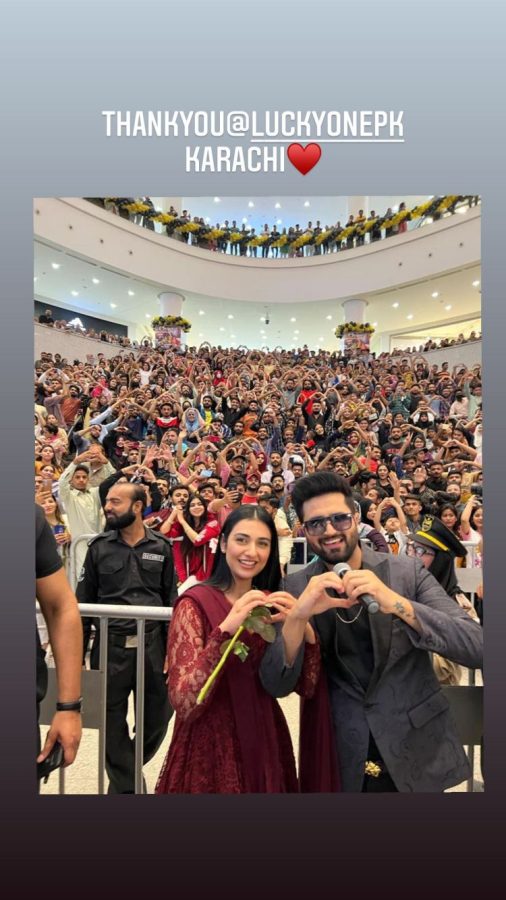 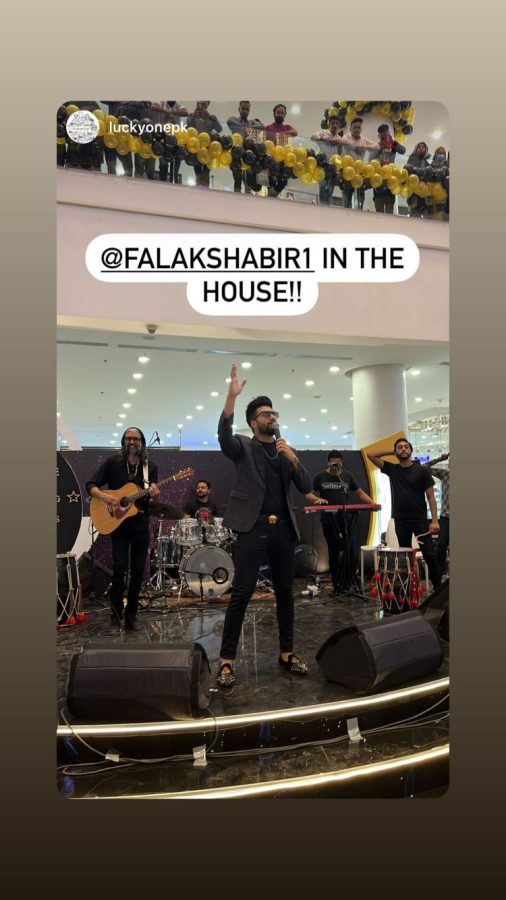 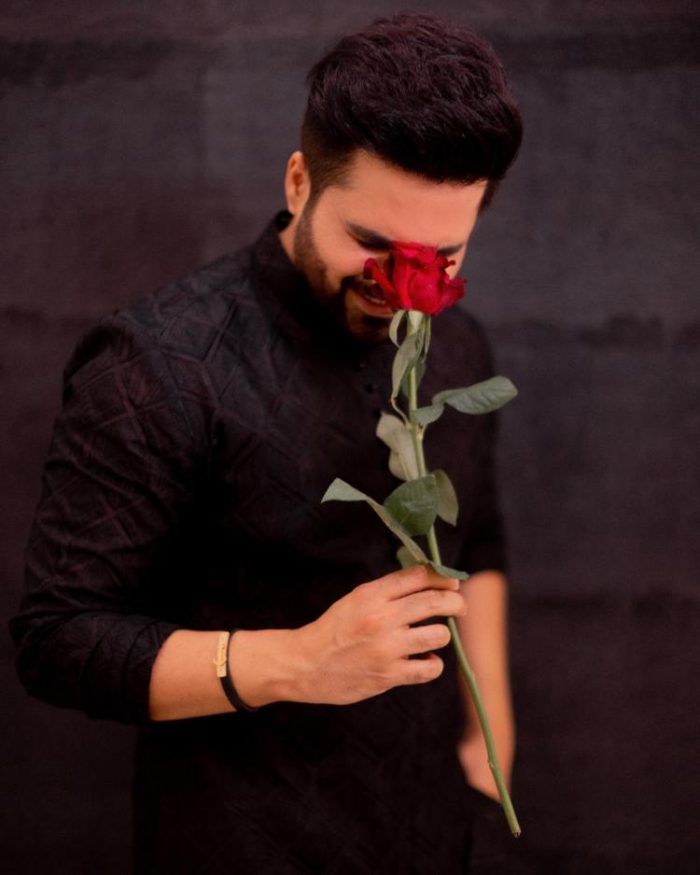 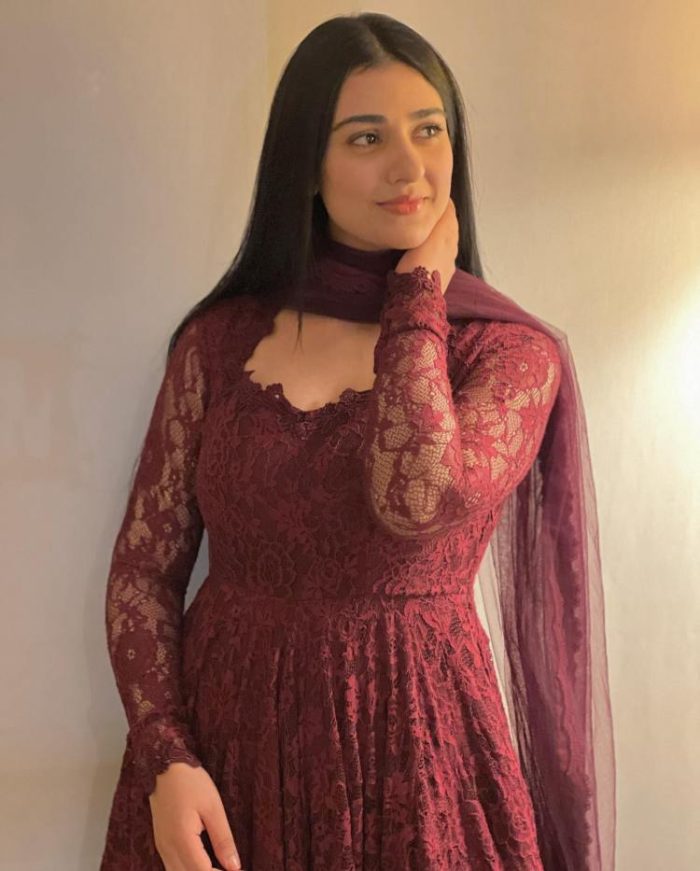 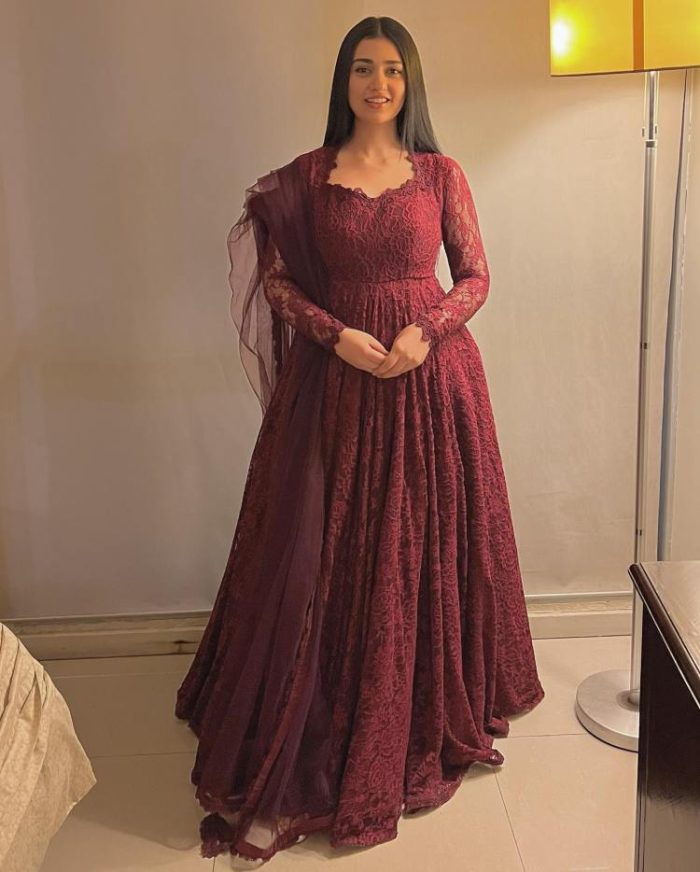 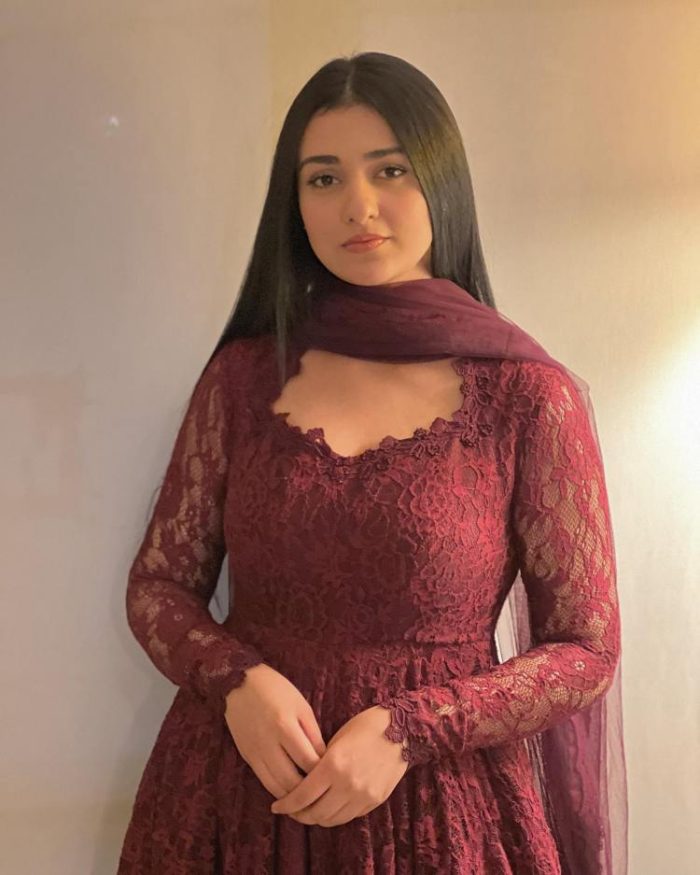 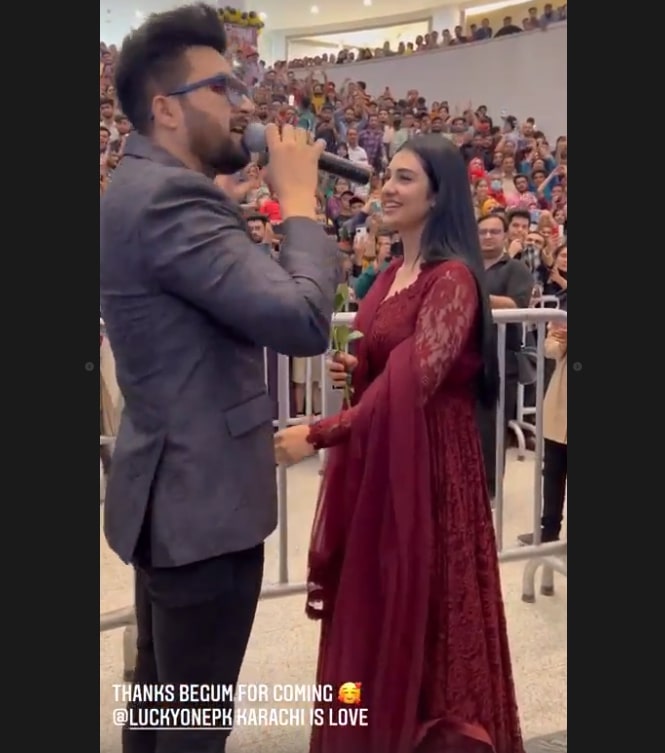