As the first spell of monsoon has started, many celebrities were spotted enjoying the lovely weather. Like every other celebrity Minal Khan and Ahsan Mohsin Ikram were also spotted celebrating the first rain of monsoon.

Ahsan Mohsin recently shared an Instagram story of Minal Khan enjoying the rain and singing in the passenger seat of a moving car. It seems that Ahsan was recording Minal and driving the car at the same time. Minal wasn’t wearing a seatbelt. The Instagram story was widely circulated on social media. 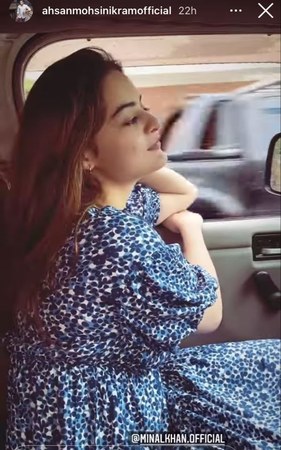 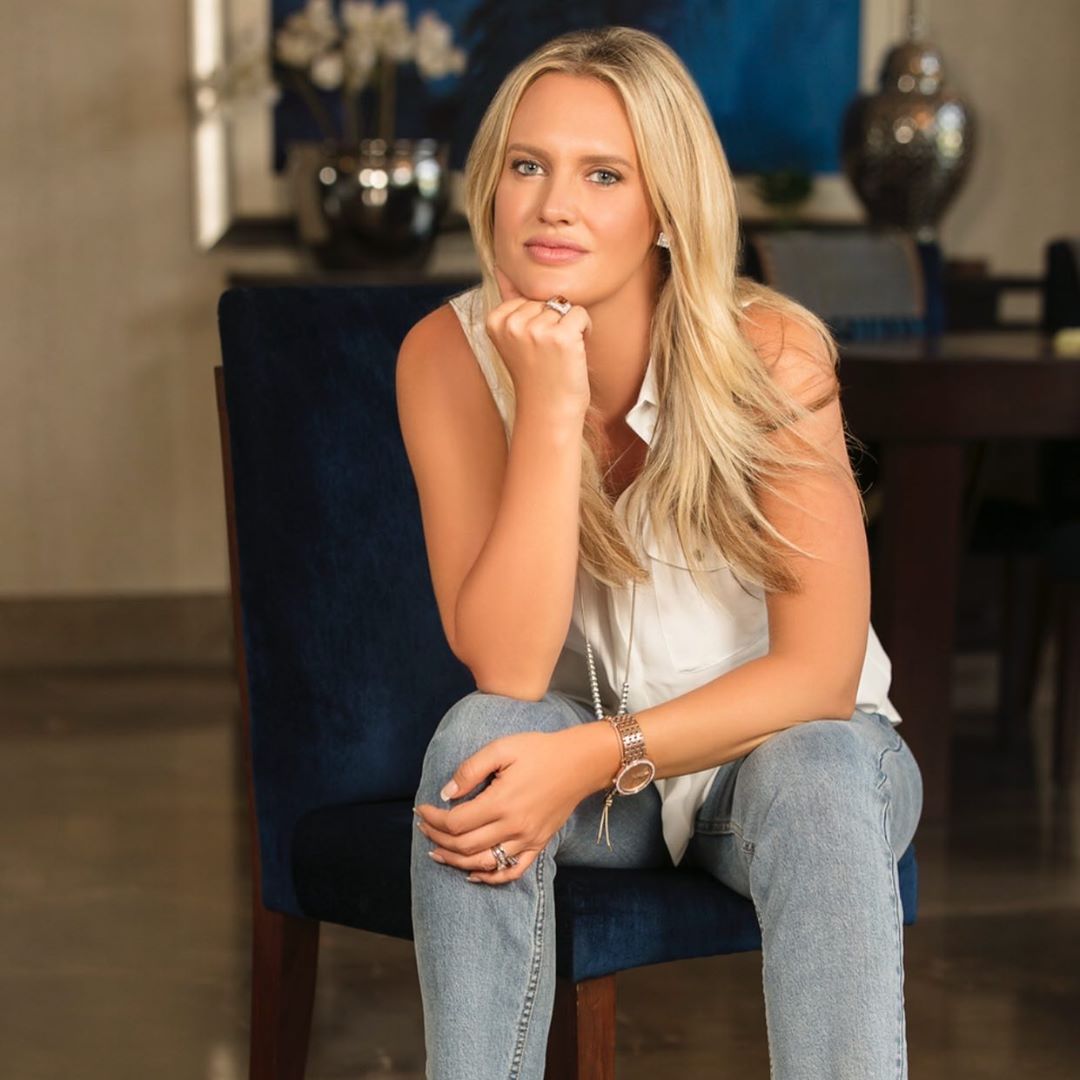 Shaniera Akram recently took to her social media to remind actors Minal Khan and Ahsan Mohsin Ikram of something we all need to remember this rainfall season. Taking to her Instagram story she wrote “Come on guys, you’re famous, and have millions of followers, is it too hard to be a little bit more responsible? Put your seatbelt on and eyes on the road! I’m sorry to say but that wont be as cute if she’s singing it in the hospital”. 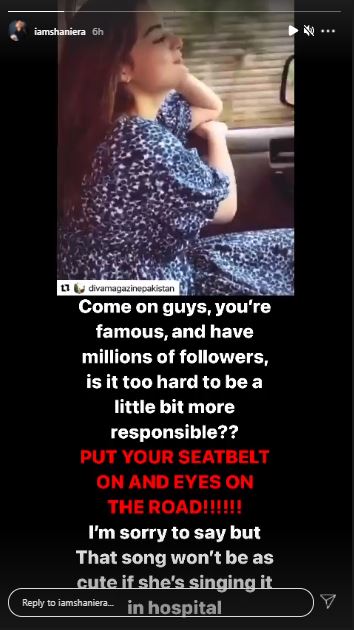