Shoaib Akhtar has given his video message on his Twitter to his fans that he is about to go under a knee surgery , a sort of a knee transplant which was planned some months ago and he went to Australia for the surgery so he addressed his fans before surgery took off from them for surgery and when he got back from successful surgery he informed hid fans that it went well and he is alright and feeling better.

Alot of fans and public figures wished him during his surgery, he had posted it about on YouTube some months ago as well and his fans from all over the world showed concern for his health where he told how much problems he had to face due to his knee injuries that most of the time during matches he had to get the treatment of knee before and after the matches which used to be painful as doctors used to excrete out blood from his knees.

He said it was a long painful story that has to come to end after my knee surgery.

Faysal Quraishi also wished him good luck on his Twitter, all the fans started asking about his health.

We pray for shoib Akhtar that may he get well soon and be back on his youtube channel. 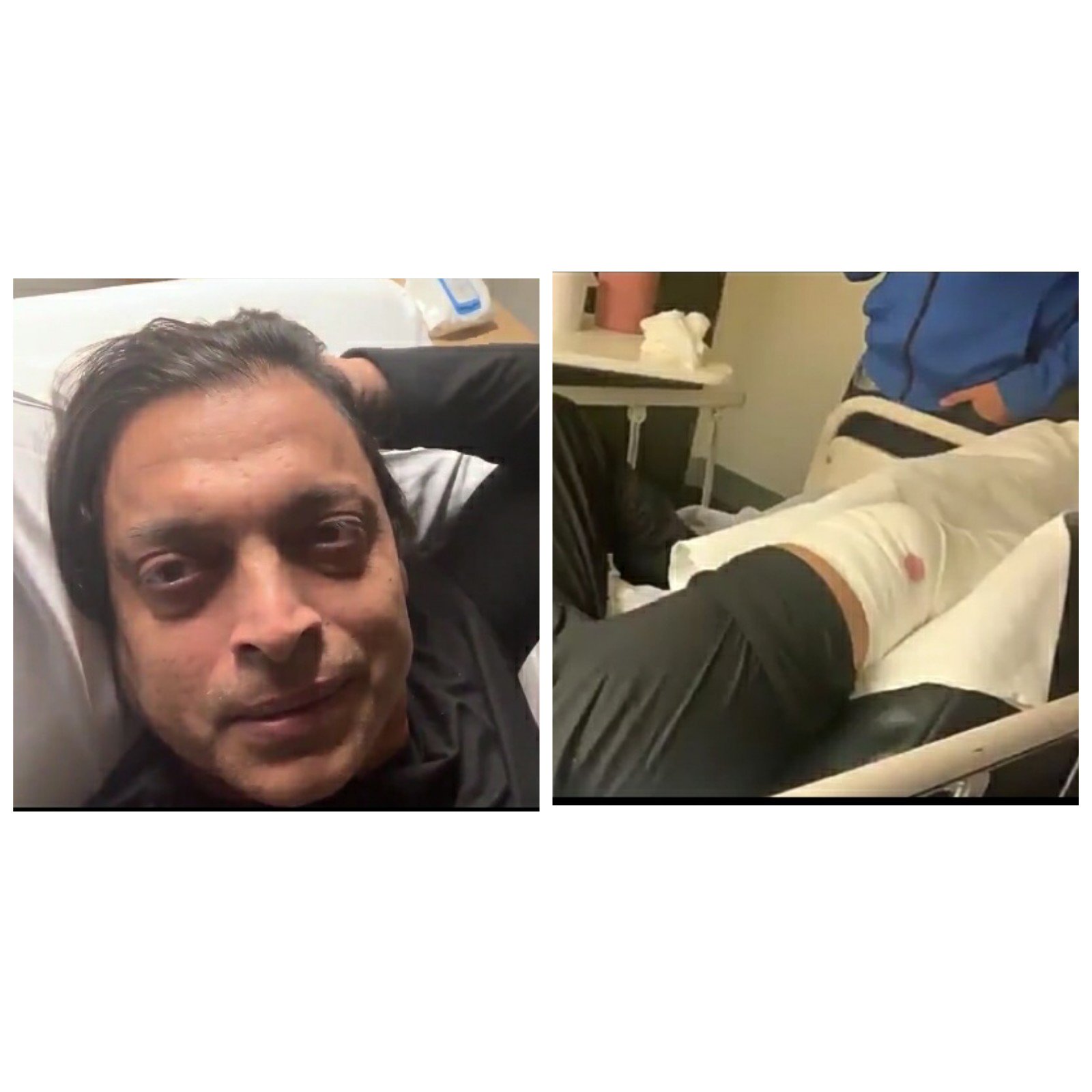 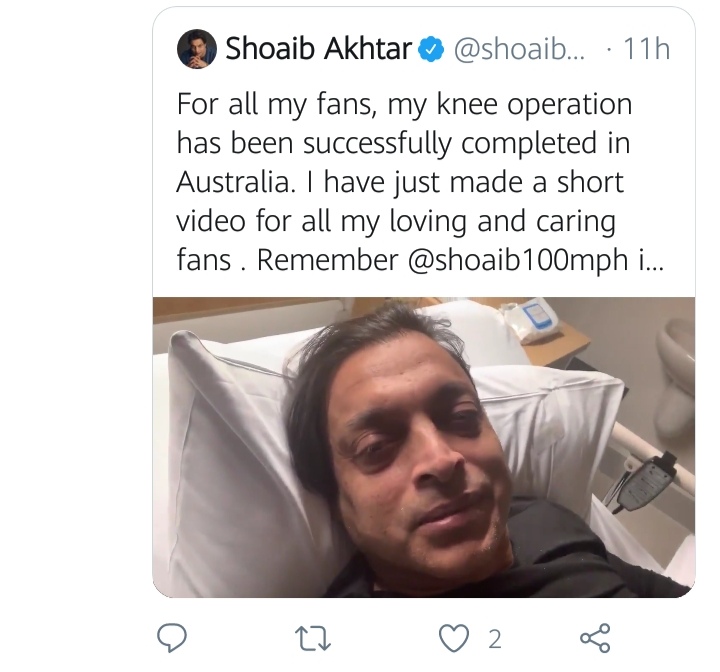 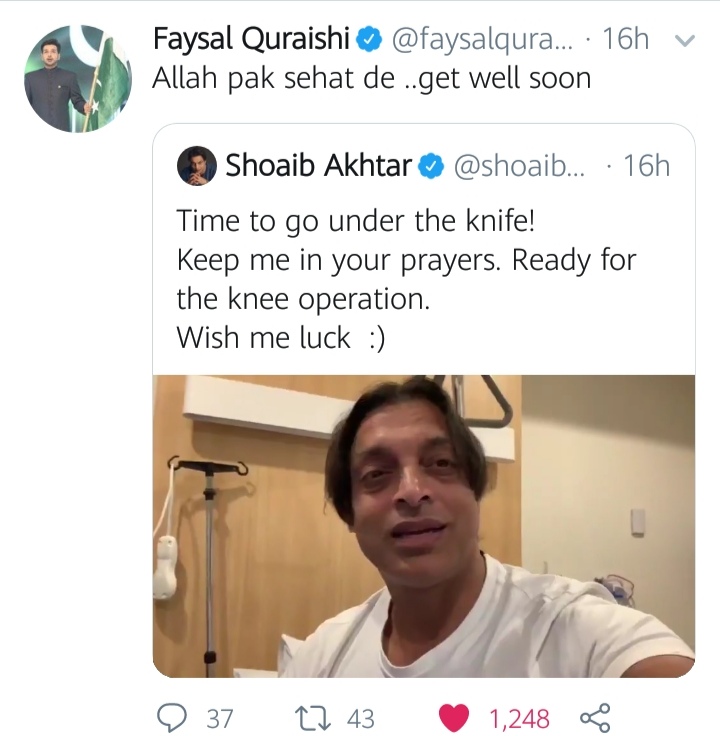