The upcoming Aurat March, which is scheduled to be held on March 8, 2020 has sparked a debate all across Pakistan. It is being discussed on every platform where some are in support of it and others are opposing the idea. The name that has come to the forefront and left everyone behind is of social activist, analyst and journalist Marvi Sirmed. Marvi has been making appearances on different TV channels over the years but it is after recent turn of events that everyone has gotten familiar with her name on a larger scale. Marvi Sirmed is a social activist and has been working for the sake of women’s rights for years.

Here are some of the facts about her:

Marvi Sirmed was born on June 11, 1970. Her father Chaudhry Anwar ul Haq was a bureaucrat. He retired as a Directorate General of Public Relations Punjab in 2003. Her grandfather Chaudhry Abdul Rehman was a farmer from Bahawalpur and joined hands with the Nawab of Bhawalpur for the agricultural growth of their hometown. She has two brothers and both of them are known to be active supporters of current Government and political party run by Imran Khan – Pakistan Tehreek e Insaaf.

Marvi Sirmed Was A Pre-Medical Student

Before venturing into journalism, Marvi Sirmed was a student of Pre-Medical. It was around the early 90’s when she veered towards journalism and started writing for different national newspapers such as Daily News, Daily Jung and Khabrein.

She Also Has An Experience of Teaching

While completing her higher education, Marvi has taught subjects like English and Chemistry. After she obtained her Masters degree in Science and Education from the University of Punjab, she continued with her teaching and taught schools like Pamir Knot Higher Secondary School and Crescent Model High School, Lahore.

Her Body of Work

It was in the late 90’s when Marvi Sirmed started getting involved in NGO’s and different organizations. At first she started as a social activist but later joined hands with different NGOs which worked towards the rights of women. Marvi Sirmed is popularly known for taking a stand against Hudood Ordinances 1979, amendments in the Blasphemy Laws. She advocates against all the rural norms and traditions that are against women. She also actively speaks in the favor of ethnic minorities and raises her voice for their rights.

Marvi Sirmed also tried to shift the Government’s focus on Hafiz Hamdullah’s origin and nationality when she was not on good terms with him. In 2019, she went on to support him while criticizing the present government for taking away his Pakistani citizenship. She tried to make it look like his problematic views against women were not an issue for the Pakistani Government but the fact that he was an Afghan descent. People called out Marvi for her dual standards and changing stance on Hafiz Hamdullah.

This has become a slogan which not only represents but sums up Aurat March for all those who are coming out in favor of it. Marvi Sirmed who recognizes herself as an feminist has come out in support of this slogan and is speaking against all those who do not understand the crux of this statement. According to her, it simply means ‘my body, my choice’. This slogan has not sat well with people and has become the bone of contention between those who are pro and anti Aurat March. 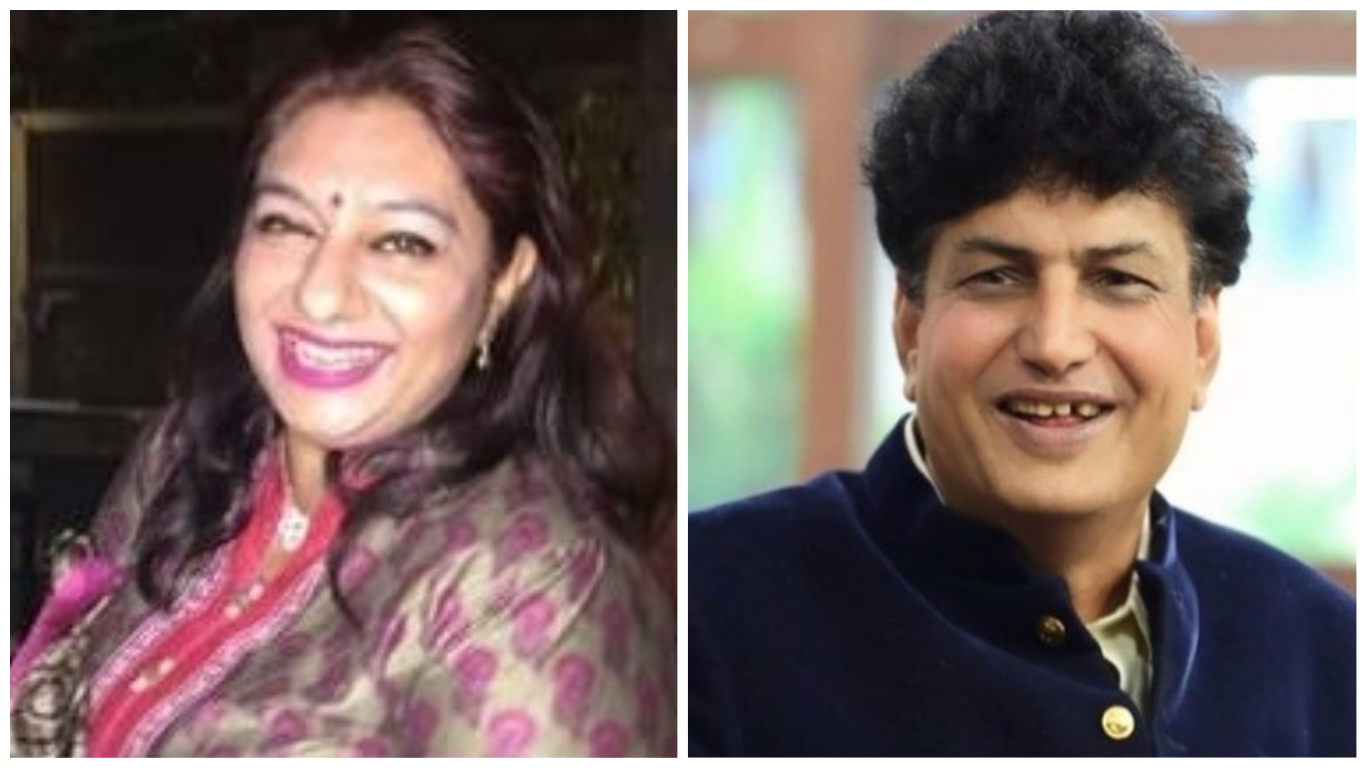 She is known for being outspoken and unapologetic. This is the kind of reputation Marvi has but after all the feminists have come in her support to stand against the abuses hurled by Khalil ur Rehman, there’s also a large number of twitter users who are calling her for being abusive and demeaning against those who have tried to have a conversation with her over general affairs. Marvi Sirmed’s previous tweets are resurfacing which highlight her abusive language. 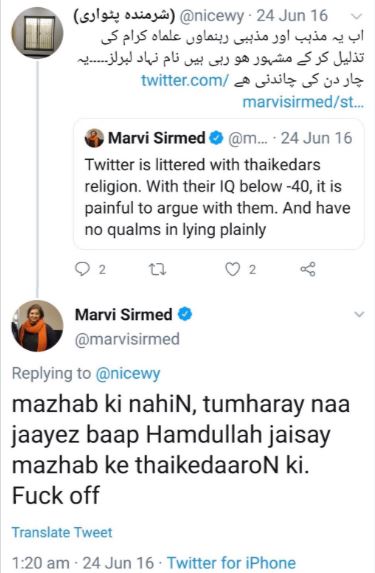 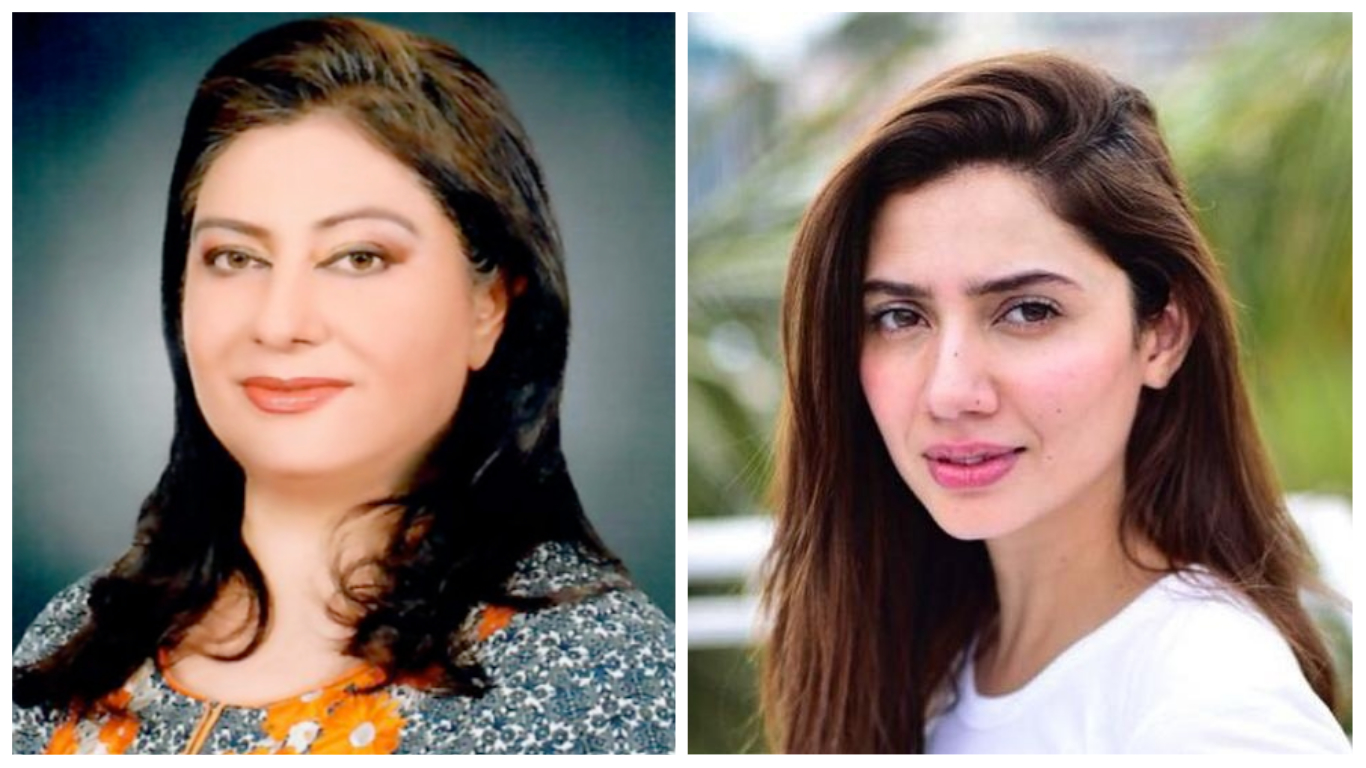 Mahira Khan was probably one of the first few celebrities who spoke against what she witnessed on Neo News Live Talk Show. She spoke against Khalil ur Rehman Qamar’s behavior and his stance against women in general. Later when Marvi Sirmed’s questionable tweets were brought in Mahira Khan’s attention by Raja Faisal, another journalist who was abused by Marvi Sirmed, Mahira clearly mentioned that she did not condone this behavior and was not going to stand by the kind of language that she was using. 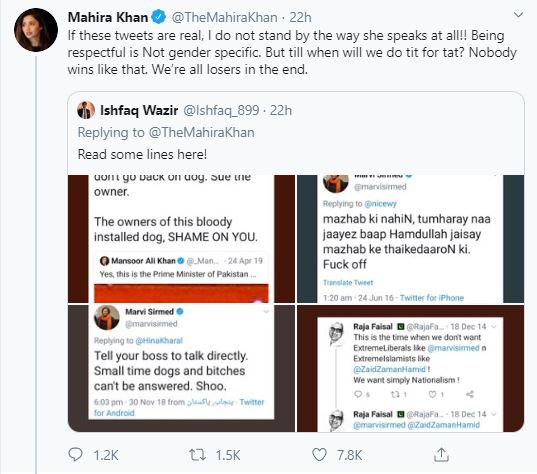 After the fiasco of Sirmed Qamar feud, she appeared on the TV to put her stance forward in which she only expects him to accept his mistakes. Khalil ur Rehman Qamar asked for an apology from Marvi but she believes her mere shut up call was nothing as compared to the things he has said. She believes Qamar has collectively insulted all women and has reduced their level to mere physical appearance and attributes.

My response to Mr Qamar's statement that he used abusive language because I provoked him. And tgat he won't apologise until I apology use gor giving him shut up call.