Aiman Khan started off her journey in the showbiz industry as a child artist. It won’t be wrong to say that she has grown in front of her audience. Aiman is still young and has earned a name for herself to be one of the top celebrities of Pakistan. The way Aiman has groomed herself has also played a part in her success. Aiman got fame and success at a very young age but the way she projects herself has only shown that she did not allow any of this to get to her head. This is the reason Aiman comes across one of the most relatable celebrities which her young and impressionable minded fans can connect with the most. Aiman shows a very grounded and rooted side of her life and takes her fans along the journey by keeping them a part of every milestone of her life.

There was a time when Aiman Khan was experimenting with her looks and doing different photoshoots to outshine her image as a child artist. She grabbed a lot of attention but there was criticism that followed too because people loved seeing Aiman Khan in a more realistic avatar. This is what Aiman kept in her mind and continued to follow. After these few trials and experiments, Aiman finally got a hang of what suited her the best and what was it that she could carry, be it in terms of her clothing, her overall styling or her makeup.

Aiman Khan is one of the beautiful faces of Pakistani showbiz industry. She is very fair and naturally has porcelain skin, which takes away the margin of wearing a lot of makeup from her on a daily basis. Aiman looks at her absolute best when she wears minimal and natural looking makeup because if she goes heavy handed or overboard, it draws a lot of attention and enhances her features. This is the reason why Aiman Khan’s signature makeup look can be termed as minimal and natural.

When it comes to her face, Aiman wears a thin layer of base because she does not need much of it to begin with, in fact on a day to day basis, she gets away with wearing absolutely no base because her skin already is flawless and there are barely any areas that need coverage or concealing. Aiman likes to keep her eyebrows natural as well and only if she is doing photoshoots or attending certain events, that’s only when she gets them shaped and filled. When it comes to her personal preferences, she doesn’t do much with her eyebrows. Aiman does a bit of bronzing to bring definition and some depth to her face. This is the reason the hollows of her cheeks as well as her jawbone are always a little bronzed to add some dimension to her face. The similar shade of bronzer is used on her eyes to add depth to her crease and define her eyes as well

The most important part of Aiman Khan’s makeup routine, something that she can not go without definitely happens to be her lip and cheek tint. This is one of the makeup trends that has been picked up by young celebrities and when they want to look a bit presentable, this is what their go to makeup technique is. This is the reason, in almost every single picture of Aiman Khan, in which she is wearing makeup, there’s always a bit of flush of color on the apples of her cheeks as well as a similar shaded tint on her lips. Just like every other girl who loves makeup, Aiman is also a fan of shimmery highlighters and she wears them quite a bit on her cheekbones to bring attention to them and make her skin look glowy. 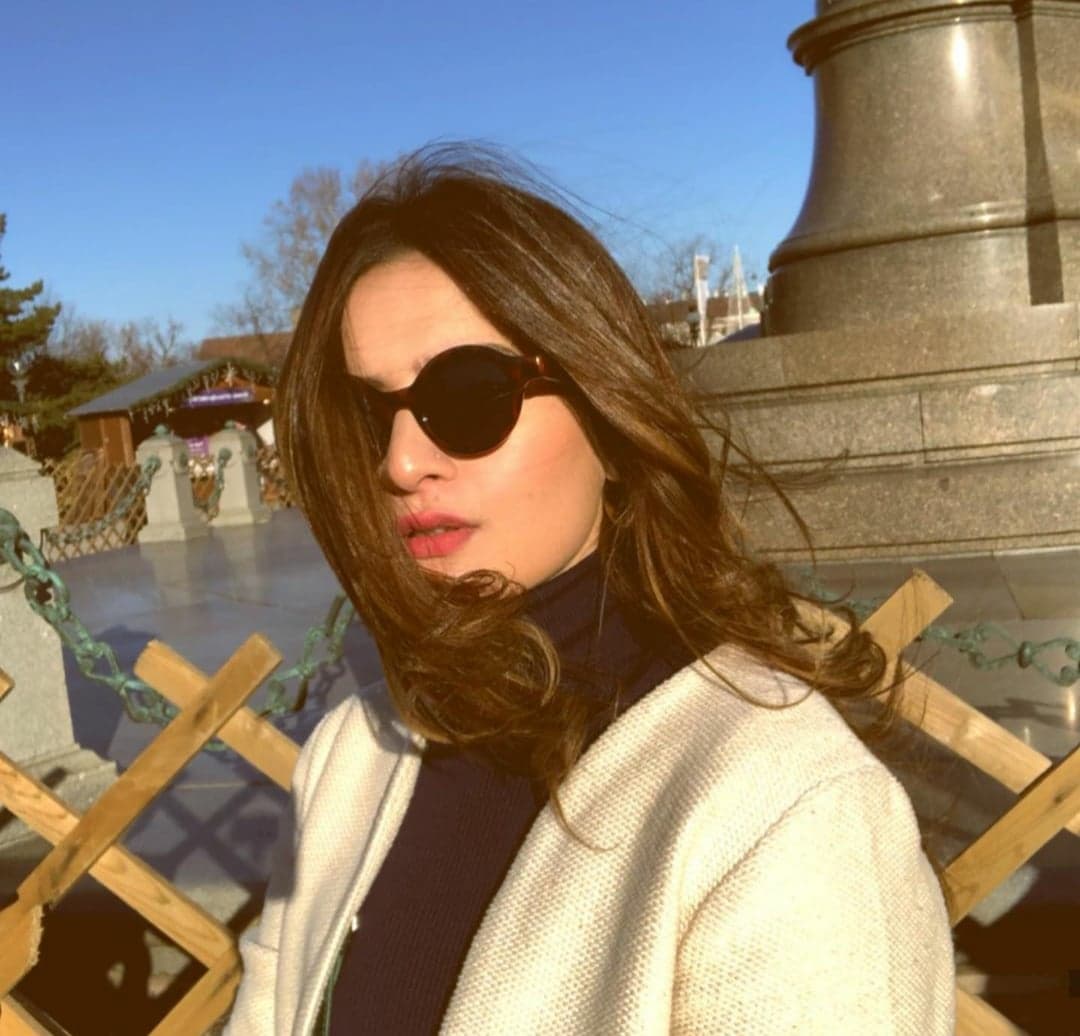 There are a few occasions where Aiman has worn eye pencil to enhance her eyes, but she smudges it out to prevent it from looking too harsh or defined. She also wears eye-shadows to enhance her eye shape and at times wears false eyelashes to look extra glamorous. She wears a fair bit of mascara and that’s about it. When she is feeling a little more sassy, she opts for brighter lip colors, as it breaks the monotony from her basic signature makeup look and allows her to look vibrant and playful. Aiman Khan’s glamorous looks are also not too harsh or add age to her, she gets her makeup done very much in a manner that is more or less similar to her minimal makeup look but gives some extra attention to her features by using additional makeup products. Another thing worth noticing is that Aiman does not go around without styling her hair. She always has a perfect blowdry, which allows her locks to stay in their natural state but still manageable for her. She may have days where she doesn’t wear too much makeup but when it comes to hair, she always has beautifully tamed hair. 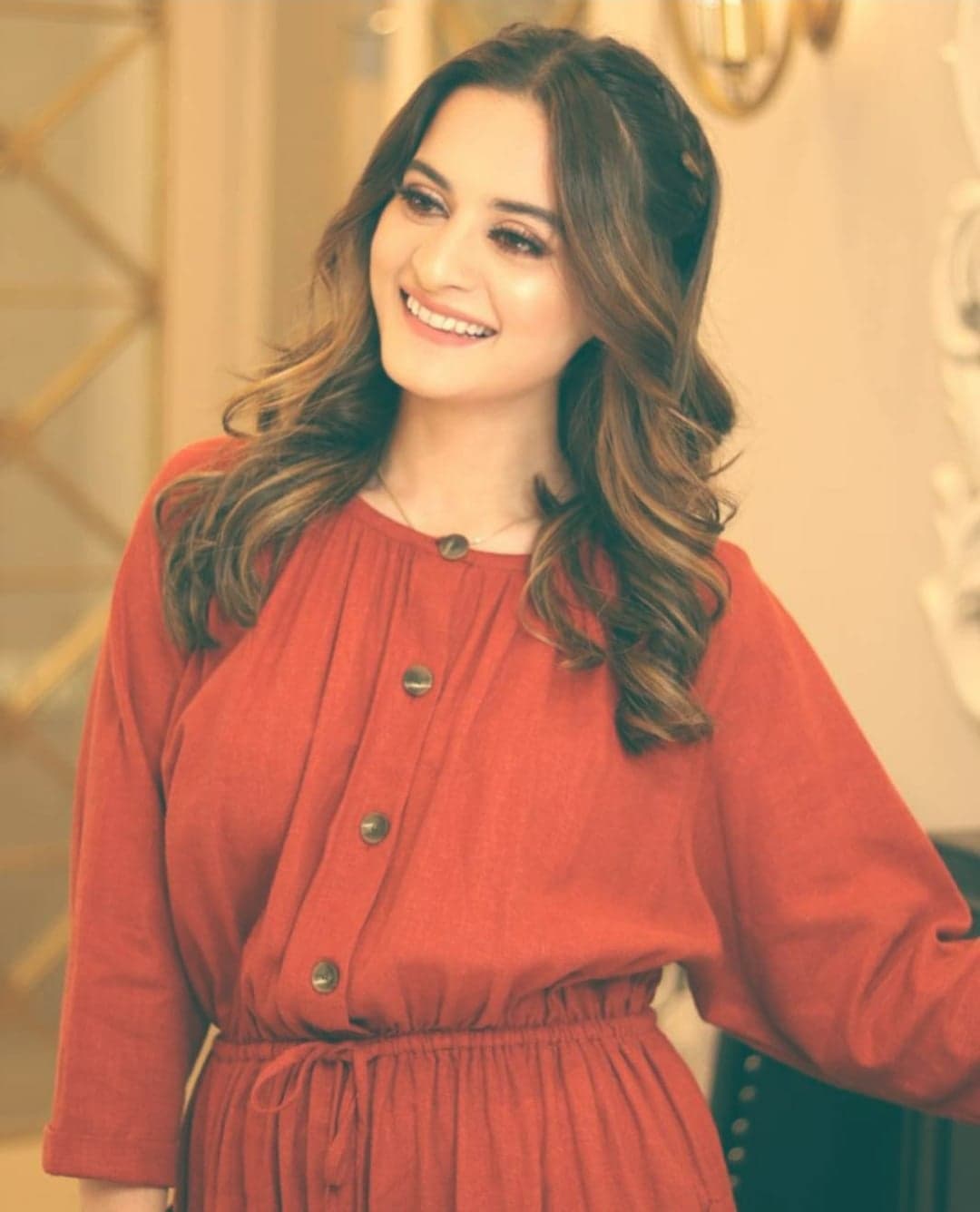 It is always a good message imparted by the celebrities when they post their pictures without makeup. It lets their fans know that makeup is not what defines them and despite makeup being an essential part of their job, they don’t mind going without it because the thing that matters the most is the confidence that they have and the comfort they feel in their own skin. This lets their young impressionable minded fans know that celebrities are also advocating self-acceptance more than anything. 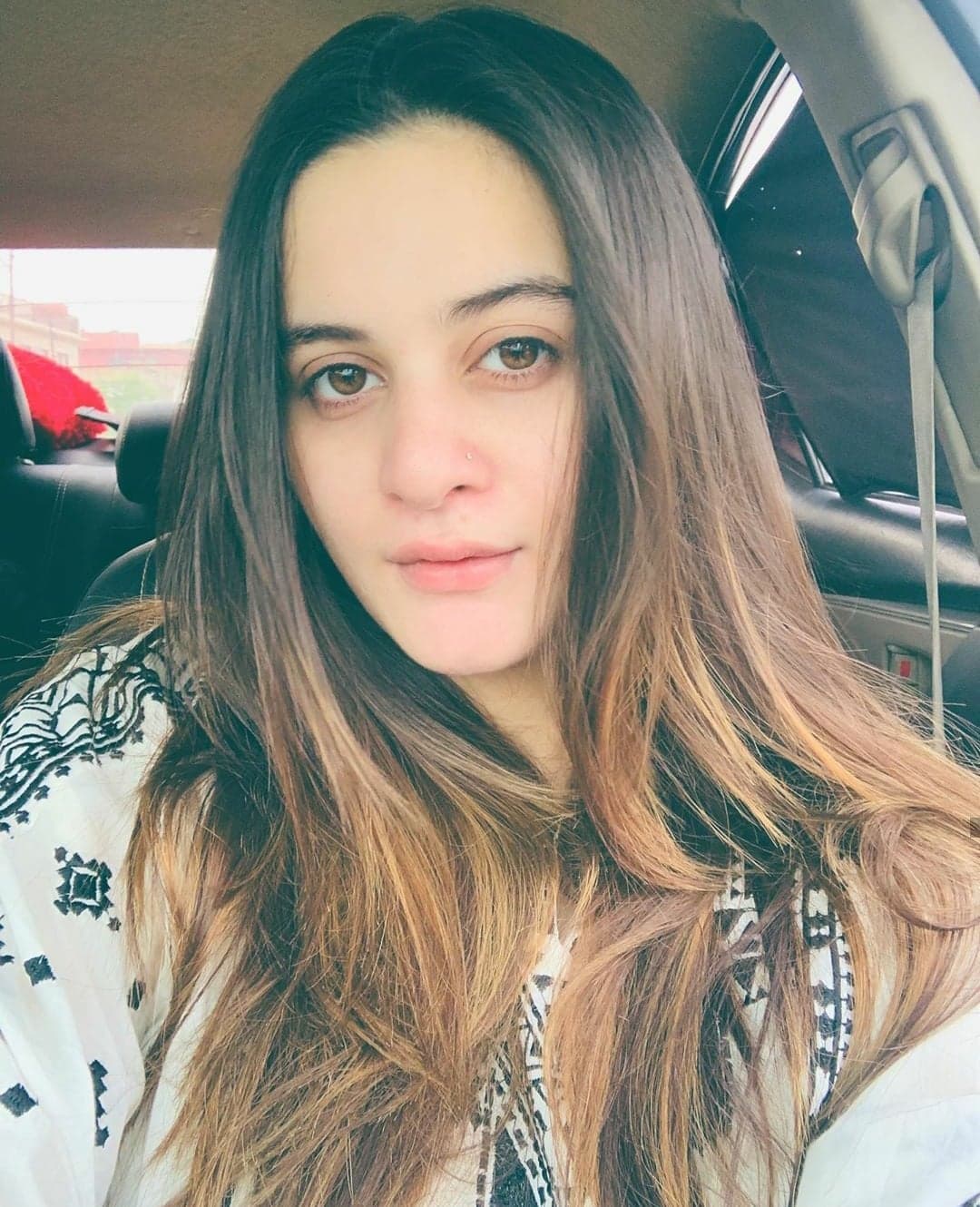 What are your thoughts about Aiman Khan’s signature makeup look? Does she look perfect in minimal makeup or she can carry heavy makeup looks flawlessly as well? Share your opinion in the comment section below.