The most stunning and stylish Mahira Khan recently appeared in the show “Ghabrana Mana Hai” which is hosted by the maestro Vasay Chaudhry. The show was filled with entertainment and Mahira talked about a few important topics as well. There were some fun-filled segments that were also included in the show. In one of the segments, Sohai Ali Abro came in a completely different avatar as she was disguised as a Vadera. Sohai is a great actress and indeed in this short skit, she stood out. Sohai never disappoints the viewers no matter where she is performing. 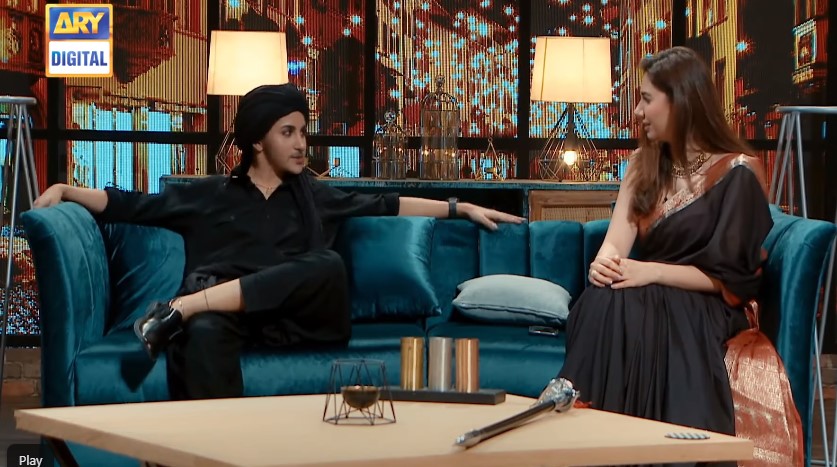 Sohai was acting as a boy belonging to the feudal system who has a huge crush on Mahira Khan and has decided to marry her. In black turban, vadera style shalwar kameez, and shades, Sohai actually took Saen Siki Shah’s character to another level. 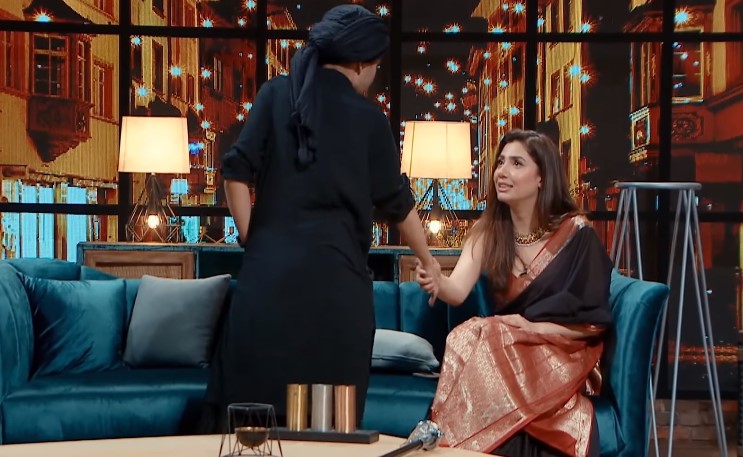 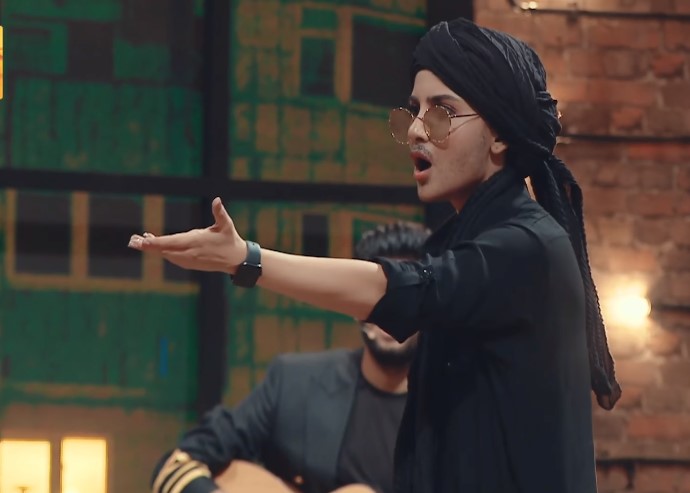 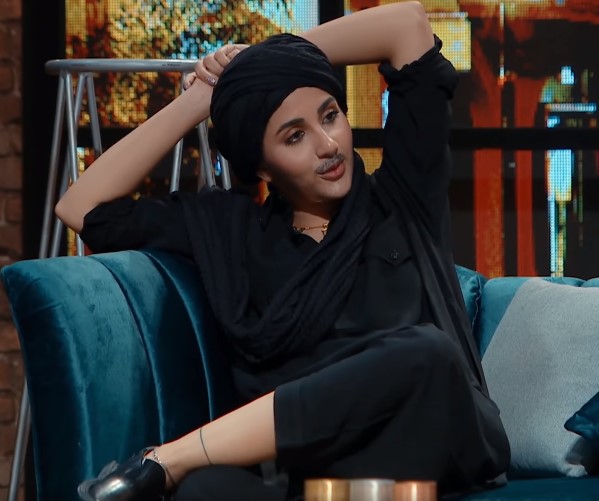 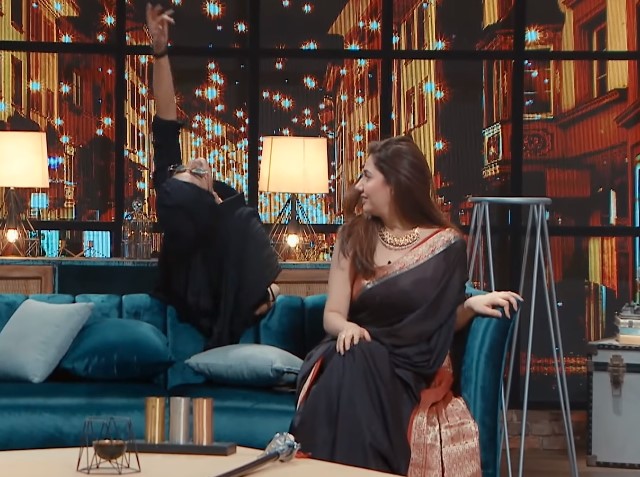