Feroze Khan has been on a hit spree in his career with back to back hits Khaani and Romeo Weds Heer and now he is all set to be on the silver screen this year with Urwa Hocane’s production Tich Button. The actor recently welcomed his first baby with wife Alizeh and has embarked on the journey of fatherhood. He just was invited on Jeeto Pakistan and he was looking dapper like he always does in a maroon shalwar kameez.

Jeeto Pakistan has seen a string of celebrities this season with actors like Kubra Khan, Mawra Hocane, Farhan Saeed and even players like Ahmed Shehzad and Kamran Akmal gracing the show. Here are some glimpses from Feroze Khan’s appearance on the show: 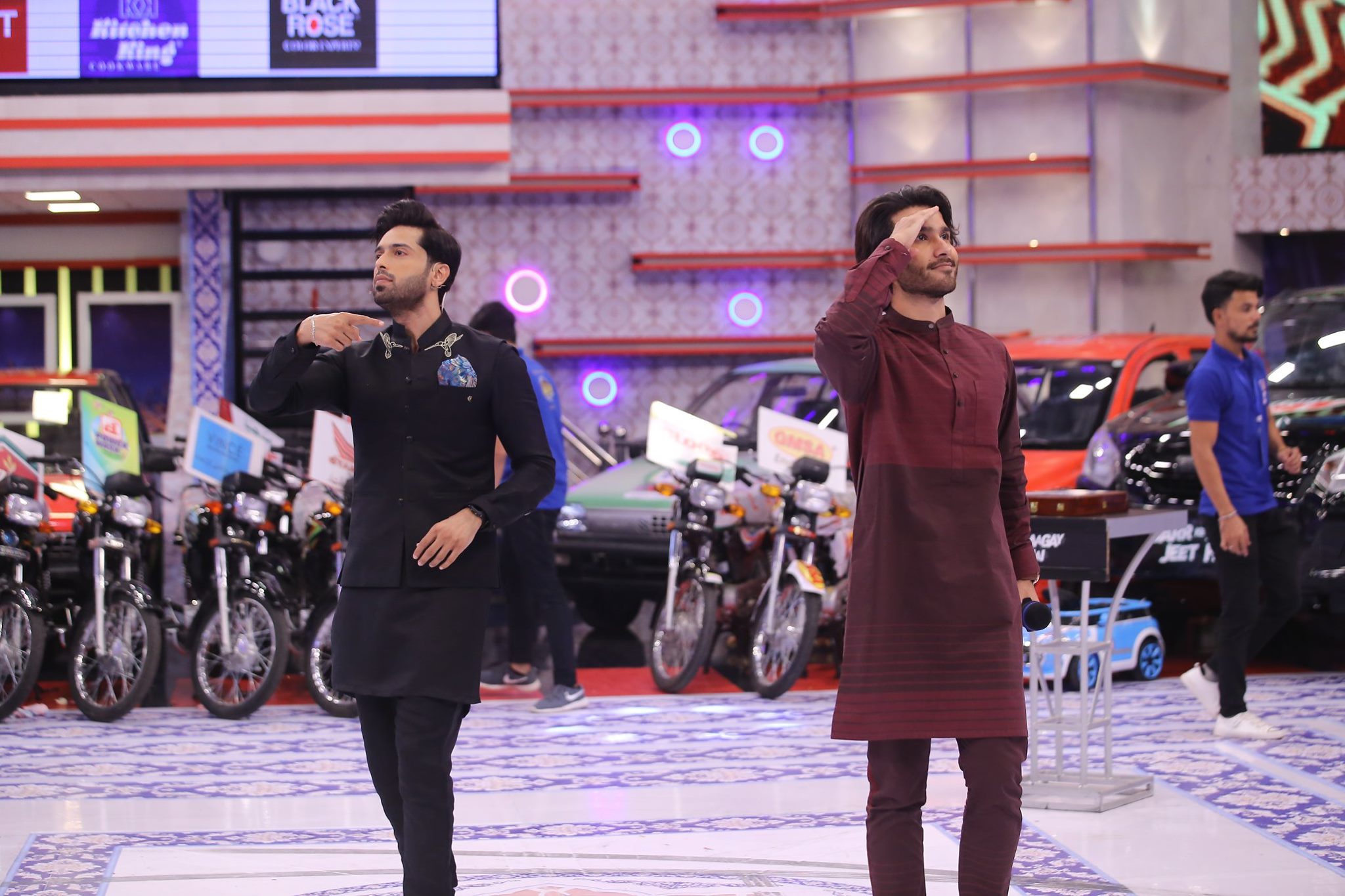 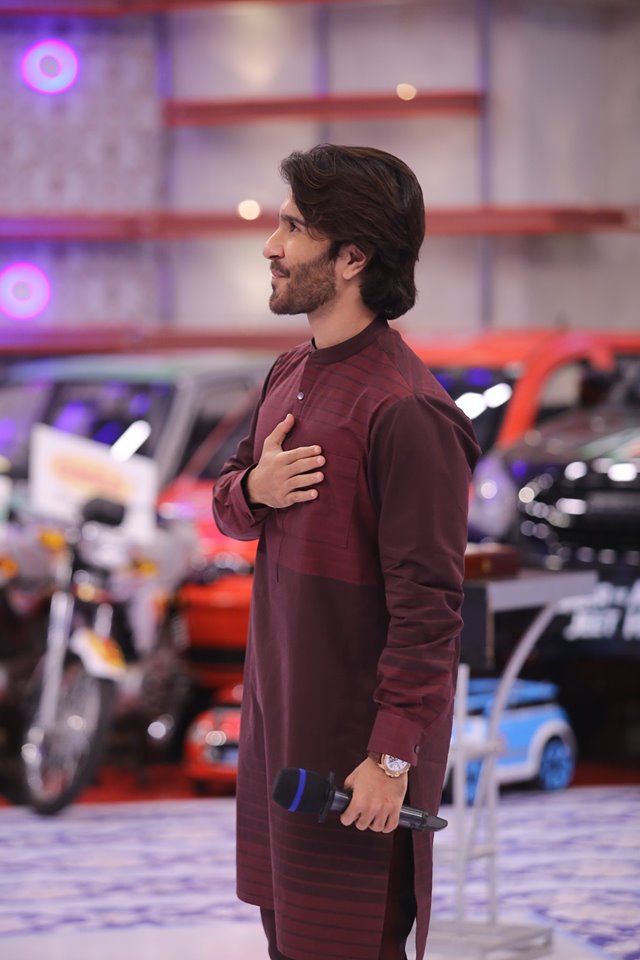 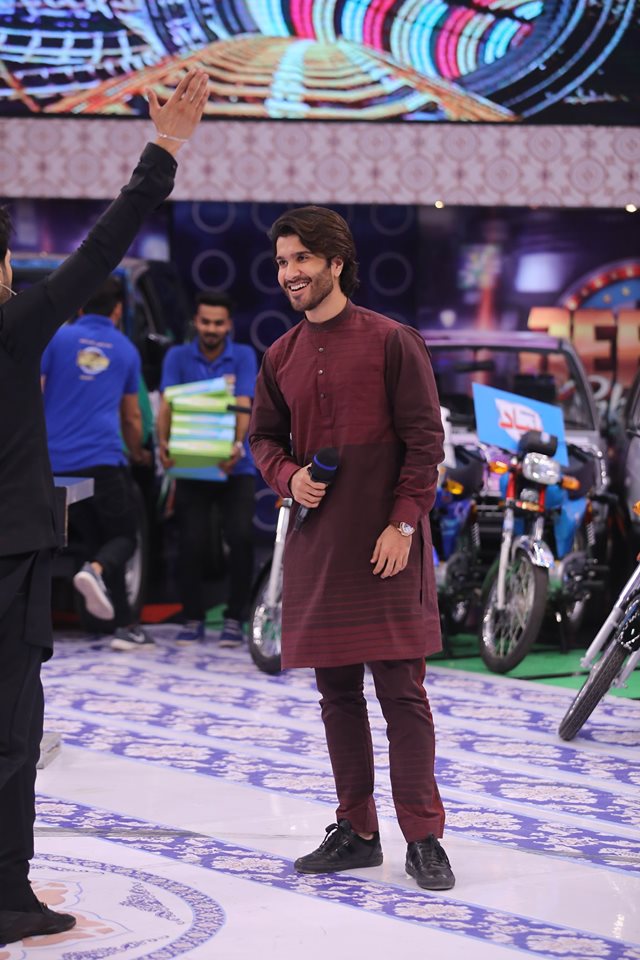 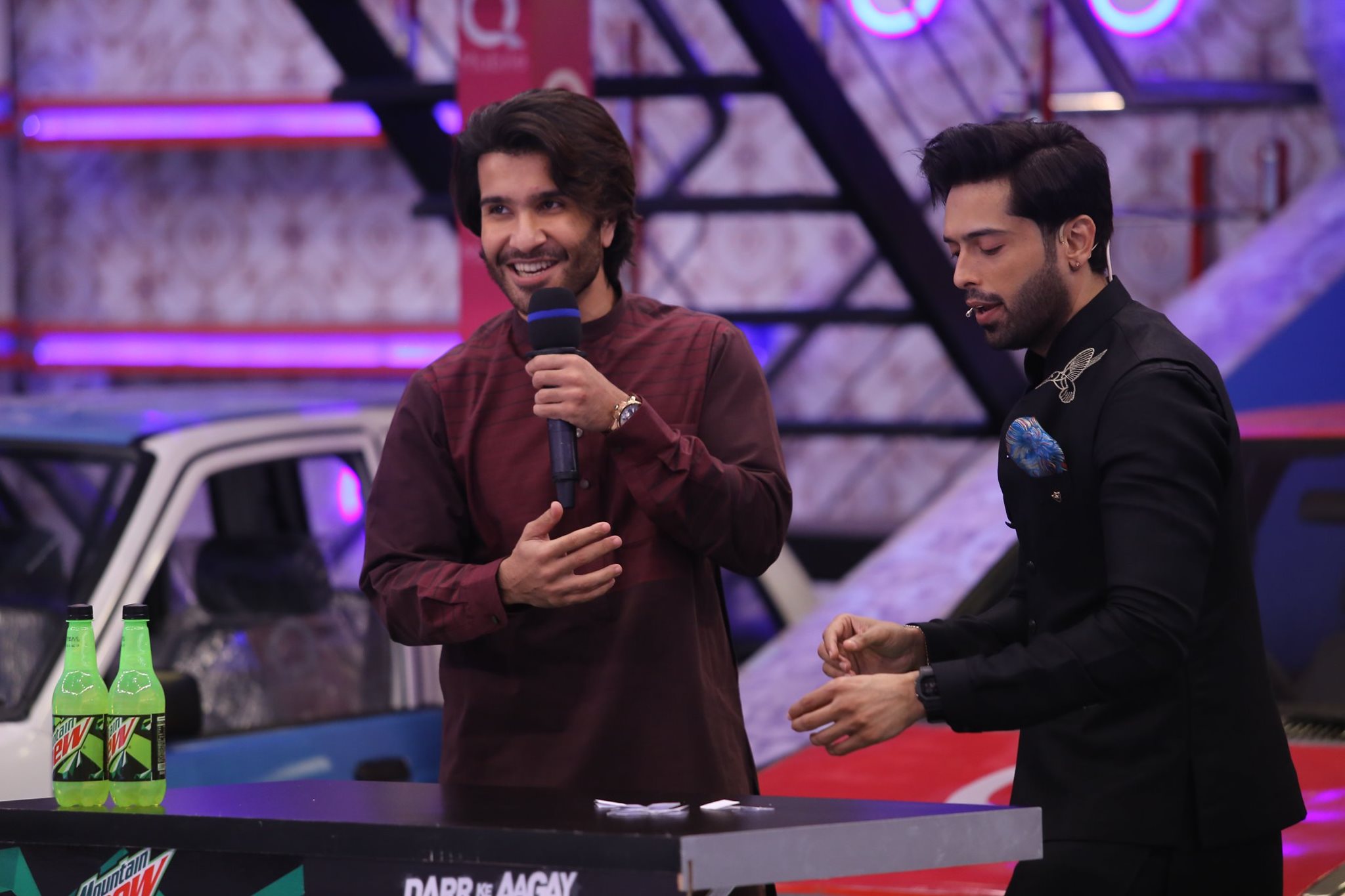 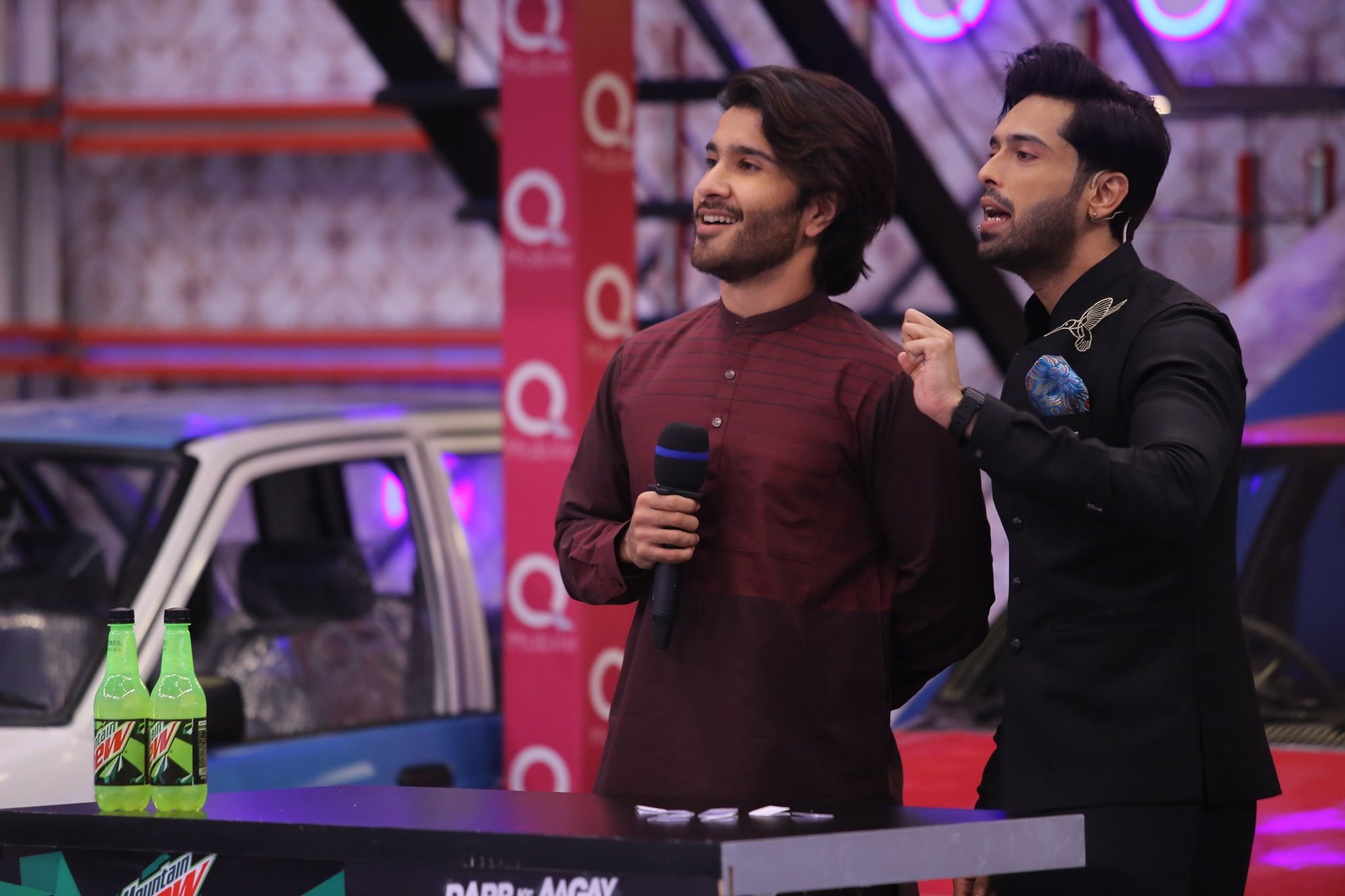