The revival of Pakistan’s film industry is in full swing nowadays. Wand Producers are coming up with different ideas to grab the attention of public. Actors who were once seen only on television are also making the most of the opportunity and therefore are being seen in films too.

The latest news is that the cast of Hamayun Saeed next film “Afra Tafri” will include Humaima Malick, Ayesha Khan, Mehwish Hayat, Saba Qamar, Urwa Hocane and Ushna Shah. All these actresses have already earned a good name for themselves on television. Watching all these actresses who are glamorous and talented will be a special treat for cinema goers. 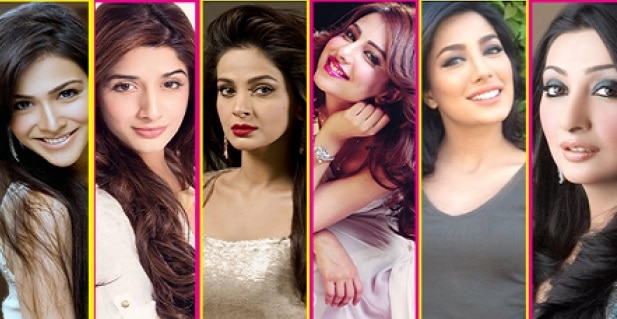 The film will be directed by non other than the very talented actor and director Nadeem Baig. The film is going to be a comedy movie full of glitz and glam. 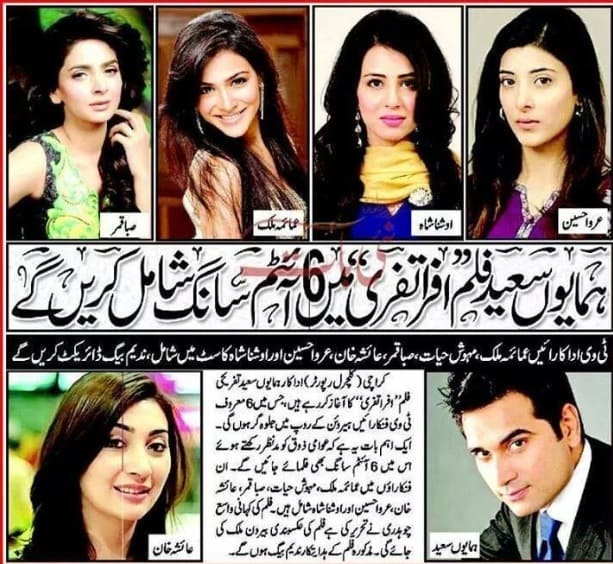