The Fine Line Between Awareness And Immorality!

In this modern era of technology, a layman has access to every sort of required information since the world became a global village a long time ago and we now have a quick access to every happening around the globe. The entertainment purpose of media is somehow most admirable aspect since it provides you with diversity of programs and it’s totally up to us now that which program and channel we opt for when it comes to ‘Television’. There will be hardly any house where people have no access to TV since it has now become a part of our daily lives. Besides having an entertainment purpose, it is also serving as a mode of awareness and producers are making serious efforts to convey important messages and portraying social hardships along with their solutions. But in this process, we have forgotten that it’s a matter of huge responsibility and any negligence in it will cause drastic effects not only on young generation but the mature people will also fall a prey to it since the content shown settles down in our subconscious and it’ll be visible when the time comes. While conveying social issues and the topics of great sensitivity, the makers should keep some aspects in mind and the most important of it is not to ‘sensationalize’ and ‘glamorize’ anything since the purpose is to eliminate the disease and not to spread it further. We often see people indulged in the debate of ‘whether to show it or not’? But it has always been about ‘How to show it’ because the difference lies there. The makers should keep this thing in mind that family entertainment has some kind of limitations and people don’t turn on the TV to get uncomfortable while watching it with rest of the family. Following are the few aspects that should be taken care of before touching the topics of sensitivity and awareness:

When you opt for something controversial, you do have understanding of its pros and cons and the best time to eliminate the cons is the time when the dialogues are penned down. People of this age are intelligent enough to grab what the writer is trying to convey and there is no need to go overboard. The writers should leave something for our imagination and there is absolutely no need to show every conversation. Andaz e Sitam is a recent play which went on-air and 5 or 6 episodes have passed and I came across such conversations which I think no one would prefer to watch with his family. I couldn’t grab the purpose behind writing that lame and stupid conversation when we could easily figure out what it was all about without this conversation shown & when we try to speak against it they say it’s happening around us. Who’s denying its happening but can’t they demonstrate it in a more appropriate way? The writers must know how to write dialogues of educational value without letting them go cheesy or unethical! 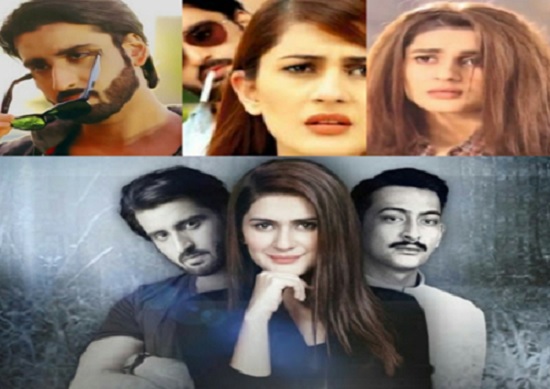 This ingredient is the least required thing when it comes to conveying social message but if you want to glamorize the scene and sensationalize the entire scenario, nothing will work better than this! We have innumerable examples where makers have opted for this thing and the purpose was surely not to ‘Raise Awareness’ but to raise TRP’s. Let’s suppose if the message to be conveyed requires this aspect to be covered, still there is no need to add the romantic element in it since it kills the whole purpose. People actually start rooting for such things to happen instead of thinking it as an evil which should be eliminated. A recent example is ‘Sangat’ and I find no need to elaborate what they showed because we all already know. A victim herself going to a molester for guidance? I just want to know what purpose it served? What kind of message it was?

Giving Solution to a Problem:

Taking any problem and demonstrating it will solve nothing but will just give you a head ache. We all have enough problems of our own & nobody wants to be turned into a depressed soul but many of us do consider content which not only raises issues while keeping them light and not going dark & depressing all the time but also provides best possible solutions. It’s just like re-writing the question in exams won’t earn you marks but giving an answer will. Some problems are understood and almost everyone knows that they exist. How to cope up with such issues & how to survive through them should be highlighted more than the problem itself. The makers should focus more on the elimination aspect without letting the things go dark & depressing altogether.

The Choice of Subject:

Some issues are seriously not issues but they are actually self-created. The subject should be easy to relate and should belong to the society we live in. Highlighting the problems which actually don’t exist is promoting them & inviting a group of people to experience them. Recently in KGBH series we saw two women in a relationship. This was absolutely rubbish to say the least! Like what made the writer think that dealing with such an issue in the most absurd way possible will raise awareness? Let’s suppose this evil prevails in our society, although I am sure it doesn’t, still showing it on TV will be the worst decision as it doesn’t hold any entertainment value neither any educational value! And it would be a lot better if it would have been shown in a negative light but it was handled so lightly and director’s easy going approach clearly told us how seriously he took this sensitive issue!

The content should at least have some educational value. The fruitfulness of good deeds and the fate wrong do-er meets at the end should be loud and clear so that viewers can extract some lesson and the people indulged in such activities in real can ponder over what they are doing! Maybe such things don’t happen in real but showing the absolute reality is not necessary at times because making a whole drama and then leaving the actual message vague and unclear is not what we all want. Dramas like ‘Udaari’ are a perfect example of dealing with such issues intelligently. There we saw a long struggle of a victim but that ended up on a hope. Raising ‘Hope’ should be the purpose instead of shattering the left over hopes in the real victims. The ‘survivors’ should be the prime focus. 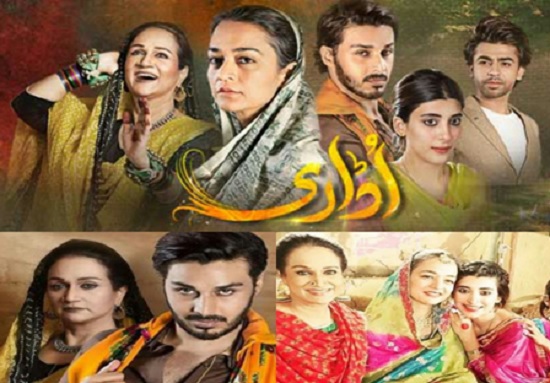 The ‘Forced’ Damsel in Distress:

The miseries should be real and not forced. Most of the times, we want to hit the protagonist with a brick rather than feeling for her. Who on Earth doesn’t break silence and takes everything like nothing is happening? Forced marriages on gun point are a latest trend and as far as I remember ‘Gul e Rana’ is the trend setter and now same is happening in Andaz e Sitam. I still remember how I wanted to punch Gul e Rana right on her face when she remained quiet and didn’t tell her family what Adeel did to her. There should have been at least one good reason behind being Allah miyan ki Gaye while she was a Dakoo Rani otherwise. So they are promoting a new trend i.e, Shadi on Gun point. This is not a social issue whatsoever and the type of woman empowerment they were trying to show was killed and overshadowed at the exact moment when Gul e Rana chose to remain silent and didn’t take any legal action. 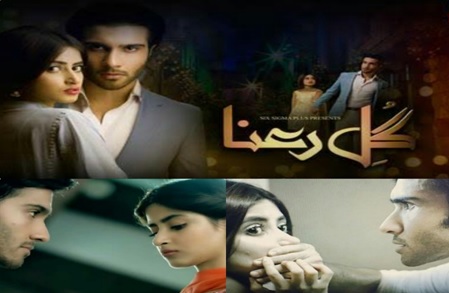 So these were the few aspects which I think should be taken into consideration while dealing with sensitive issues so that they can serve the purpose they are made for otherwise they will have more harms than benefits.